There seems to be no end to the nostalgia fever that has swept pop culture – and if the social media sensation surrounding this Leica fan’s LEGO brick creation is any indicator, it’s not going to stop any time soon. 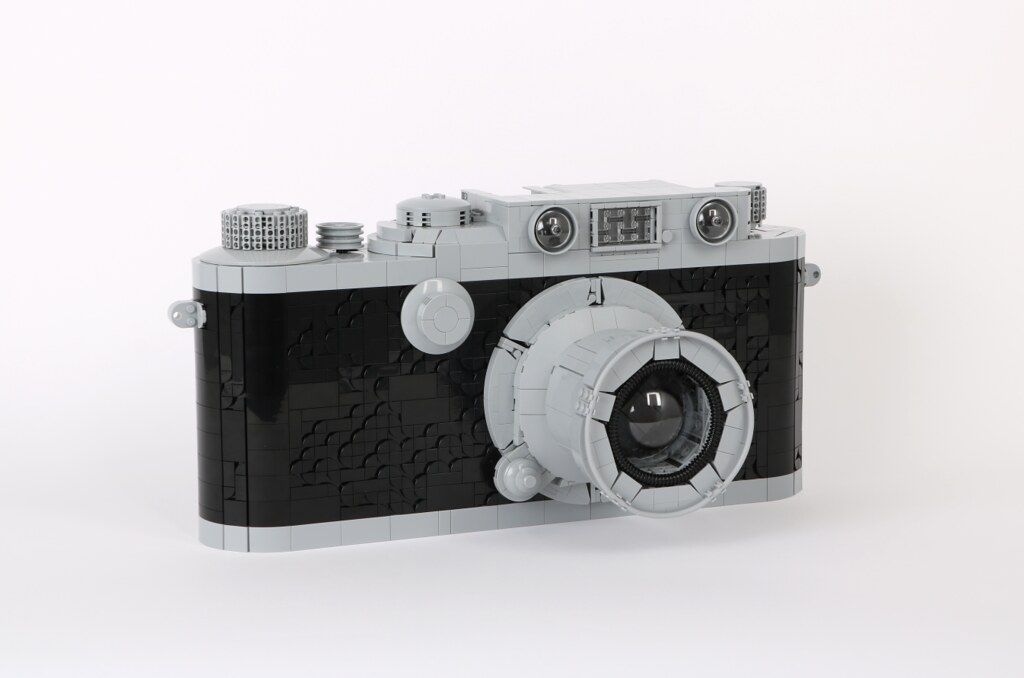 In an interview with Peta Pixel, Madge tells them “I’ve always loved the Barnack screw mount Leicas…I own a couple of Leica IIIs, they are my go-to cameras for most things.”

As Madge recalls to Peta Pixel, this gigantic Leica III is not his first attempt at recreating an object in LEGO brick.

His first attempt at a Leica III, one that was 1:1 scale in size, was initially completed as a joke but Madge admits the level of detail – or lack thereof – bothered him.

As documented on his Flickr page, he and his friends build large-scale everyday objects out of LEGO bricks.

For his project, Madge chose the Leica III because “it seemed natural.”

You might think cameras and LEGO bricks would be a difficult combination.

Not so, says Madge: “Cameras are a pretty interesting thing to build in LEGO…They are mainly lots of concentric circles, and LEGO bricks are anything but that. So it’s a great challenge, there’s a fair bit of maths involved. The hardest part for sure was the lens. Matching the radii and getting the LEGO bricks to line up whilst still staying in the LEGO System and making the thing strong enough to be handled was tough.”

“I thought the most important thing in this model was to ensure that there were no LEGO studs in the lens, that’s what dictated the scale, the element used there…The part I’m not so happy about is that changing lenses doesn’t work perfectly at the moment. I’m working on a few solutions to make the screw mount.”

You can view Milan Madge’s flickr page by clicking here.