It was the first and for a long time, arguably the best image image management program available but last week Apple announced that development of Aperture will come to a halt. For many Mac based professionals, this is a huge blow. Apple’s replacement app, Photos is still an unknown quantity and for those that used Aperture’s managed library system, migration to an alternative could be a time consuming exercise. Today we are going to take a look at the past, present and future of Apple’s Aperture.

Released in 2005, the original Aperture changed the way many photographers worked. Although a shadow of its current incarnation, Aperture 1.0 combined non destructive image editing, built in RAW support and advanced image management to a digital world where previous workflows had often been complicated and time consuming. It was, the enabler for more photographers to switch to and use RAW files and was released over a year ahead of its rival Adobe’s Lightroom quickly gaining a solid user base of professional and enthusiast photographers alike. 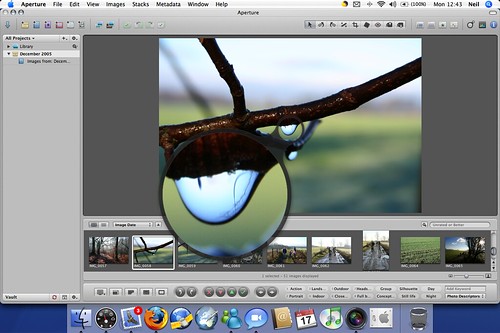 Aperture in its first incarnation. Image by Neil Cowburn

Version 2.0 was released in February 2008, introducing more than 100 new features including some more advanced image tools to tempt Photoshop users to switch. The version two software was upgraded several times until Aperture 3.0 was introduced two years later. Boasting more than 200 new features, many introduced to counter the growing abilities of Adobe Lightroom, it seemed that Apple was committed to support professional photographers with their software.

Lightroom has been the main competitor. Image by Ian Munroe

Aperture 3 went through a few, relatively minor updates in its first two years then the updates began to tail off. Many photographers concerned by a lack of progress with Aperture began to move to Lightroom and some of the other image management programs that had, by this stage, arrived on the market. On the 27th June 2014, Apple officially announced that it would no longer develop Aperture. 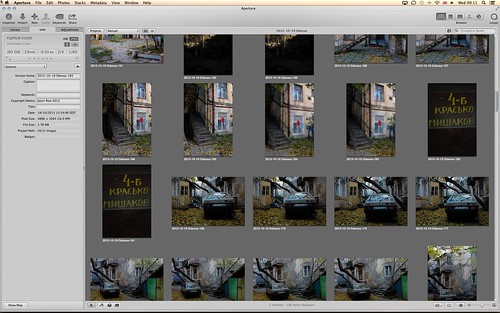 Aperture as it stands today. Image by Jason Row Photography

Aperture is not going to suddenly stop working, and indeed Apple have confirmed that they will include an update to ensure compatibility with its new OS, Yosemite, due in the autumn. Also worth noting is that unlike Lightroom, which relies on Adobe’s Raw processing, Aperture uses OSX’s built in RAW processing capabilities which are updated to include new cameras and raw formats on a regular if not frequent basis. This will will continue to extend the life of Aperture long into future assuming you do not upgrade beyond Yosemite. However, if you wish to upgrade your OS in a couple of years time to Yosemite’s successor, there is no guarantee that Aperture will work.

Most photographers will, I suspect, be moving their collections to alternative software over the next few months, for the most part this is likely to be Lightroom and indeed Adobe have announced that they will design a workflow making it easier for Aperture users to migrate to their software. The key interest here, is how well this migration will work with Aperture’s managed libraries, the workflow from a reference library being fairly easy. 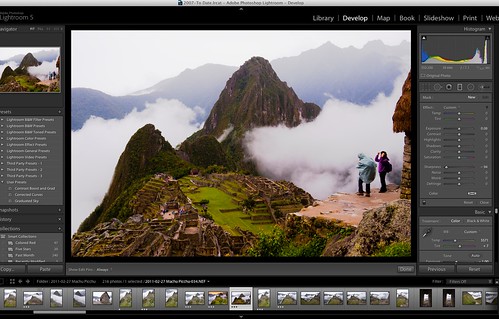 Lightroom is the best of the alternatives. Image by Jason Row Photography

So What of the Future?

For the moment Adobe seems firmly committed to Lightroom and it has become the to go app for many photographers. They have publicly stated that they will not make Lightroom a solely rentable app although it is currently available as part of the Creative Cloud photographers bundle along with Photoshop CC. The price of this package has been reduced to $9.99 a month making it much more affordable to the enthusiast photographer. 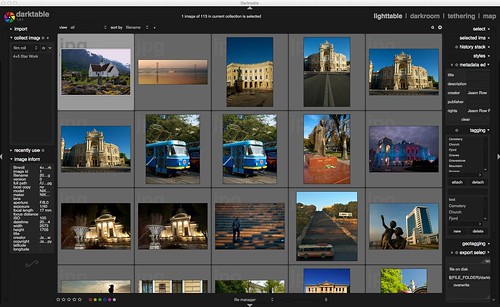 As for Apple, we know very little of their upcoming app Photos other than it is tightly integrated with both IOS and iCloud as well as OSX. From the few screenshots, the interface does seem to have elements of the old Aperture in it, but overall it would seem, at this stage, to be a consumer level program rather than one for serious photographers.

Aperture is officially being killed off and I for one, am quite sad about that. It utterly changed the way I worked with my images in a very positive way but time marches on and unlike its release in 2005 there are many equivalent alternatives to choose from.

It’s a real shame, I started out years ago with Aperture, early adopter I liked the organisational structure and didn’t have to leave the programme to grade photos, everything contained in one neat project file. Really helped me develop my style and look as a photographer. Apple further leaving the pro market it helped nurture behind, pandering to the consumer market… Been on Lightroom since the start of the year, it’s great but the organisational structure is lacking

I am a huge Apple fan.. iMac, macbook pro, iPad… but find they are not a software company. Lightroom was not my first choice. Years ago I tried to install the trial version of aperture but on my imac it would not install! So I tried a trial of Lightroom and FELL IN LOVE WITH IT. Apple is good at OS’s and hardware, but I avoid any software they put out that isn’t part of the OS.

Jim, I’m curious, since you fell in love with LR, have you moved to the subscription version, and do you automatically have to accept its upgrades along the way (just in case an upgrade is not beneficial immediately to your workflow, in other words, ‘if it ain’t broke…’)? I’m a diehard Aperture user and Apple faithful, struggling with the news and holding a faint hope for Photos; but, I need to plan practically so I’m considering the move to LR after Adobe offers a cross-grade version for Aperture users but am not at all interested in the rent/lease use model.

Aperture still works after upgrading to OSX El Capitan 10.11.1
Lucky me… but I’ll have to make the switch

When I first got into photography, I also made the switch to Apple, so I went with Aperture and loved it….
I’m not looking forward to LR as much, I have been experimenting with What is now know as Photo10 by OnOne Software. It works similar to Aperture and has lots of the same functionality as LR….I’m going down this path first before being consumed by Adobe…