The Magnificent Snowy Owl. Tundra's Ghost. The Ghost Owl. These are a few of the names that are used interchangeably when referring to one of the most beautiful birds in the world. This elusive owl is on many birder and photographer's life list. When you're fortunate to have one photographic moment with this big beauty, you will definitely want more.

A couple of years ago in North America, we experienced an eruption. All of a sudden, in places where you were lucky to see one maybe two in a large geographic range, small groups of owls started to be seen. Locations that had rarely experienced a sighting, started to have a few owls. They were even seen in the Carolina's, Texas and Missouri to name a few. 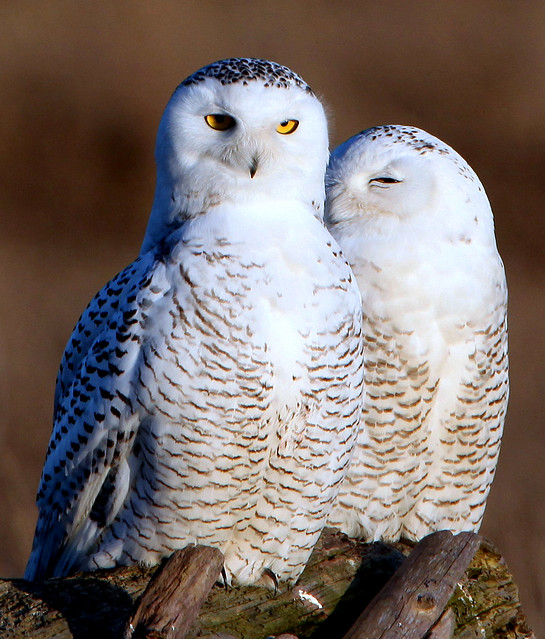 Owl sightings were posted on rare bird alerts. Photographers shared secret locations with other photography buddies. Facebook pages, Flickr groups dedicated to just the Snowy Owl shared location information. In short the eruption of the birds and information sharing led to many photographers experiencing breathtaking images of snowy owls in their new ranges.

Some snowy's depending on their age and sex have white feathers dotted with chocolate brown markings. The mature male's are all white. Their eyes of golden yellow glow against every backdrop. While most owls are nocturnal, the Snowy hunts and is active during the day. When the ground is still brown the snowy is fairly easy to spot. When the ground is covered in white snow, they become more difficult as they blend in to the white. 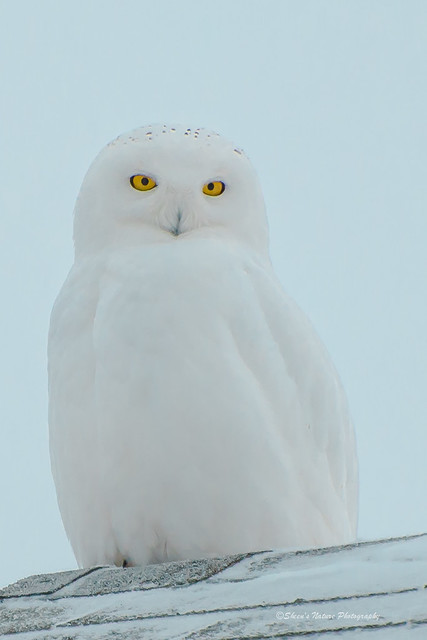 Finding the Snowy Owl
If you live in a state that the Snowy has been spotted, check the Rare Bird Alert as they may post general sight locations. Reaching out to local birding experts and bird organizations such as the local Audubon chapter may be helpful.

Spotting the Snowy
In snowy white fields, they look like a white lump of snow. On telephone poles against a gray sky, they almost completely blend with the sky except for one thing. Their white feathers have an unmistakeable white, ghost-like quality. Once you see them and know what to look for, they become a much easier to see.

Photographing the Snowy
Their feathers, eyes offer a brilliant contrast with morning or late afternoon blue skies. With gray or nondescript lighting, it's a bit more of a challenge (but that goes with the birding photography territory) to get the details. However, because it is the “Snowy” Owl, the white backgrounds can add to the aura of their mystique. 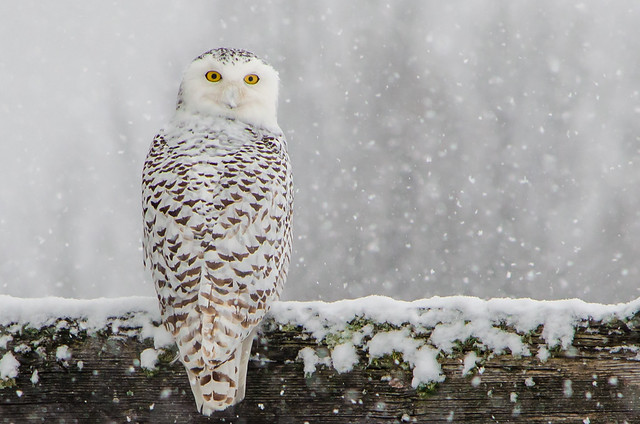 A few things to keep in mind:
Snowy Owls like to perch and will stay in one spot for a period of time. It's quite common to see them on telephone poles (okay, but not the best setting), rooftops (composite background, not great), fenceposts (better), the ground (very nice if there's some contrast) treetops and extended branches. However, it is the snowy and capturing one on camera, regardless of the background is awesome and worthy of an inner celebration.

The areas in Northern and Southern Michigan that I've seen them, they have been very watchful. Walking on a diagonal traverse forces a slower pace in approaching the owl. Knowing that I have just a few minutes, my settings are already selected and the camera is attached to the tripod with legs extended before I begin traversing. I start taking a few images at a time from a distance back. When he turns his head to look another direction (they can rotate their heads 270 degrees), I move closer several steps and take more images. When they look away again, I approach closer.

Getting different expressions, turns of their heads is part of the process. Full face and body, images of them looking over their shoulder or doing their ‘coy' expressions make for enjoyable photos. When they are ready to move, their departure is graceful. Keep your eye on their flight direction and pattern. They could very well land nearby where you can get another photographic moment.

Last weekend we spotted the snowy on a telephone pole with his next stop on a gazebo. The day was cloudy and nondescript in color, when he flew to the golden globe of the gazebo, the contrast and desired scene was made. 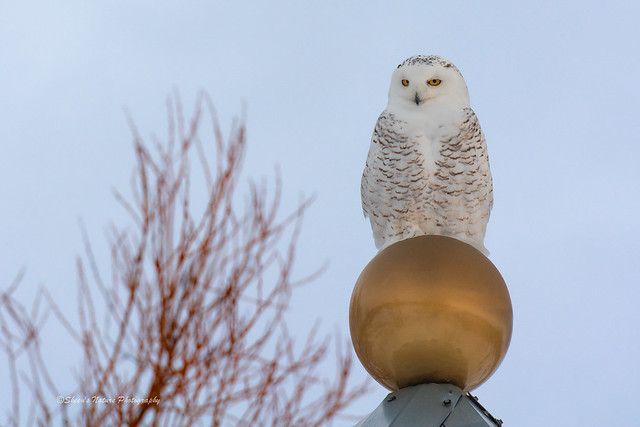 The next day it was sunny. Knowing they are creatures of habit and like to hang in their staked out territory, I went back to the same area. There he was on the same telephone we started with the day prior. Fortunately, we went quickly back to the golden globe on the gazebo and I was able to get a bit closer. 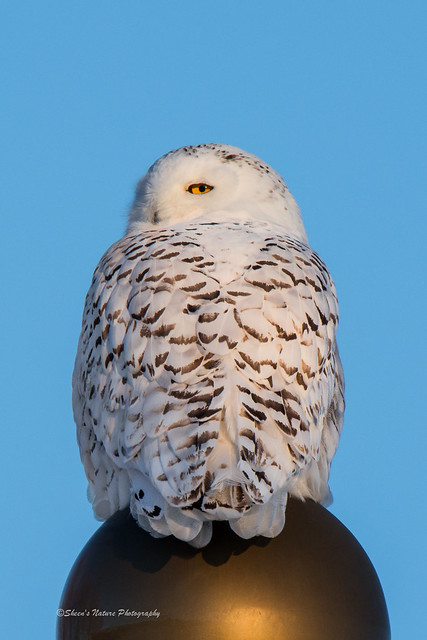 Seeing the Magnificent Snowy Owl in the wild is indeed a gift. Once you photograph him once, you'll be hooked!

I was fortunate to capture this guy on a treetop last winter…the only snowy I’ve ever seen in the wild!
IMG_2304.JPG by Joan McCormack on Light Stalking