Colour, we take it for granted. We see in it and our digital sensors are capable of capturing millions of variations of it. Of course it has not always been that way. In fact, for the great majority of photographic history, most images were shot in black and white. It was not until the late 50s early 60s that colour became accessible to the enthusiast photographer and even then it was not until the 70s that it became mainstream.

Although not mainstream, photographers had been finding ways to create colour in their photographs all the way back to the 1860s. Today we are going to look at some of the innovations in colour imaging that took us to the place we are today.

It was Scot James Clerk Maxwell that was perhaps the forefather of colour photography. In the days when photographs were taken on plates of glass, he would shoot three identical plates, one though a red filter, one a blue and one through a green filter. These plate negatives were then made into positives and projected on top of each other through separate projectors with respective filters over the lens. 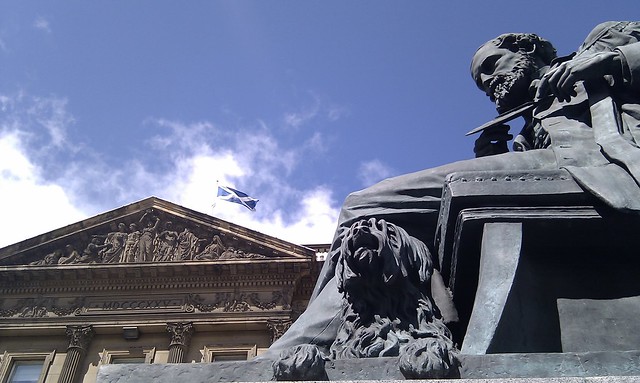 The first colour photographs were amongst the many achievements of James Clerk Maxwell, by Зеленый кабинет, on Flickr

Long before the introduction of color photography for the masses, another way was open to the enthusiast, hand painting. A virtually dead art now, from the mid 1800s up until the 1950s hand colouring was a popular way of getting colour in photographs. Mediums used included crayons, watercolours, pastels and dyes. Done carefully with attention to the right tones, a painted photograph could look very convincing. There were entire businesses that would do the work for you, if you were artistically challenged.

Perhaps the first truly useable colour process, Autochrome was the first successful attempt at colour photography on a single plate. It was created by the French brothers, Auguste and Louis Lumiere in 1907. They had opened the door of photography to the average user with their affordable dry plate black and white films. The Autochrome plates were not easy to make, consisting of multiple layers of dyed potato starch but they soon became very popular amongst photographers of the day. The Autochrome remained popular right up until the mid 1930s when a new disruptive and ultimately iconic film came along.

An Autochrome taken in 1910, by Tekniska museet, on Flickr

Any photographer that has ever shot a roll of film will know the name Kodachrome. It was the world's first successful subtractive colour film and was developed for both the stills and cinematic market at the same time. Due to the complex nature of its processing, the K14 process, it had to be developed at special facilities but the image quality was superlative.

Launched in 1935, the 35mm version of the film arrived the following year and would perhaps the best known and loved color film for the next 60 years. Its decline started in the 80s with the move to the easier E6 process and rival films like Kodak’s own Ektachrome and Fuji’s Velvia. The beginning of the new millennium saw the rise of digital and in 2009 Kodak announced the end of production of Kodachrome. The legendary National Geographic photographer Steve McCurry was given the last ever roll of Kodachrome 25 and the pictures from this roll are housed at the Kodak headquarters in Rochester, New York. 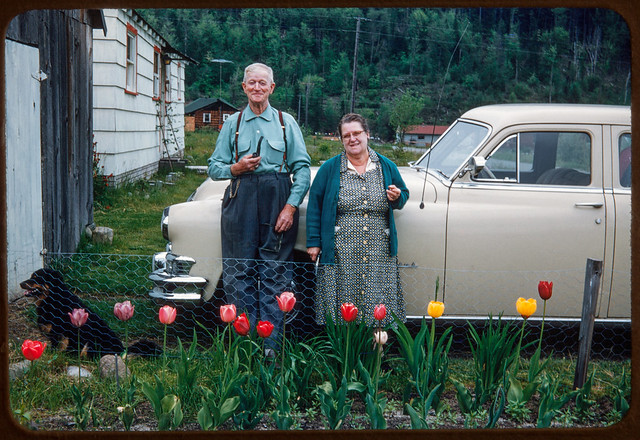 The beautiful colours of a Kodachrome from 1956, by Robert Couse-Baker, on Flickr

Ilford’s Cibachrome was to photographic prints what Kodachrome was to film. From the 1960s until the late 1990s it was one of the go to products for photographers who wanted high quality prints from their transparencies. Its characteristics included not only image clarity and depth but very accurate colour rendition and longevity. Because of the way a Cibachrome was processed, the prints would not fade even under intense lighting. For this reason Cibachrome prints were the choice of galleries and exhibitions.

The C41 process is perhaps an unsung hero in colour photography. Whilst the professionals would sing the praises of Kodachrome, evolution in photography usually happens when the consumer market kicks off. C41 allowed for colour negative films to be processed quickly and simply by photographic laboratories. It led the way for the consumer, both photographer and non photographer to take color photographs and have them processed cheaply. Enhancements of the C41 process led to one hour and then 30 minute mini labs and truly revolutionised color photography in the 1980s. 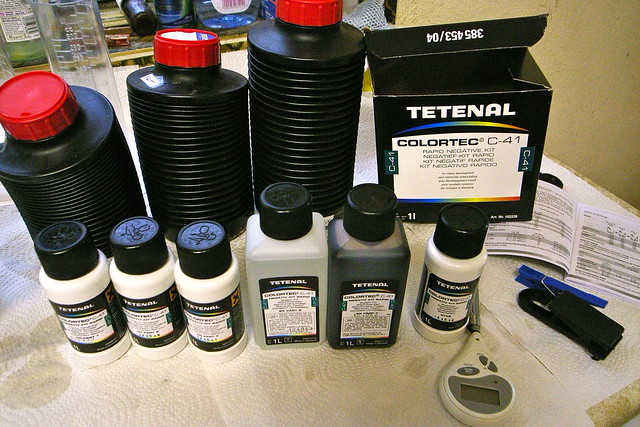 The C41 process is an unsung hero in the color photography story, by Antony Shepherd, on Flickr

We take colour in our photographs very much for granted these day. The path taken to get to this point has had many diversions, dead ends and failed ideas but modern digital photograph owes its existence to these and many other of it’s predecessors.