In August 2015 Instagram lifted the square-format-only limitation and began allowing users to post images in landscape and portrait orientation as well. For their part, Instagram insisted the change was being implemented as a way to allow users to tell their visual stories however they see fit. But given that Instagram’s popularity originally revolved around the square format, not all Instagrammers — the purists — were happy with the change. Conversely, some would-be Instagram users had previously avoided the app because they felt square photos were anything from “awkward” to “useless.” Yes, comments I’ve heard with my own ears. But now, a good number of those detractors are interested in trying out the square format. Surprise, surprise!

So, if you’ve been coyly flirting with the idea of dipping your toe into that square pool, I recommend you abandon your reservations and dive right in. Here are some ideas and guidelines to help keep you afloat.

This is probably the easiest and most intuitive approach to producing a good square format image. Sure, you might have to overcome the tendency to position your subject according to the rule of thirds, but it shouldn’t take too long to adjust to centering your subject — a compositional tactic that is perfectly suited to a square frame as it just exudes symmetry.

A square frame gives you less space to work with. Until you’re comfortable with the format you might feel compelled to pack as much as possible into the frame. Don’t give in to this impulse. Less really is more, especially when you have a smaller workspace. A minimalistic approach always works well with the square format, particularly when you incorporate lots of negative space.

Using various geometric patterns within a square will allow all those elements to interact in an aesthetically appealing manner. There are numerous ways to accomplish this, but one of the most effective is to use diagonals. Diagonals are visually easy to digest because they create balance and give the eye a simple roadmap to follow. Once you’re comfortable with this technique you will likely find yourself experimenting with how to incorporate other geometric patterns in more sophisticated ways.

Use the Rule of Ninths

No, I don’t think it’s a legitimate photography term. This is just a matter of rethinking the rule of thirds. While you might normally divide a traditional portrait or landscape frame into thirds and place your subject accordingly, try taking the idea a step further when shooting square format. Divide the square into nine imaginary boxes and position your subject in one of them. This will usually work best with single subjects (though there’s always room for experimentation) and will simultaneously address the limited space considerations we already discussed.

Another consequence of the reduced working space of the square format is that you lose some of the freedom you need to create visual context — the kind of context you find in environmental portraits, for example. A square frame, however, is the perfect opportunity to take subject and allow it to truly shine by filling the frame. Using one subject ensures you don’t have to worry about clutter, and context becomes irrelevant as you want all the viewer’s attention to be solely on whatever is occupying the frame.

This is an oft-cited compositional technique for both horizontal and vertical oriented photos and it works just as well for square format photos, drawing the viewer’s eye along a path toward the subject or main point of interest. 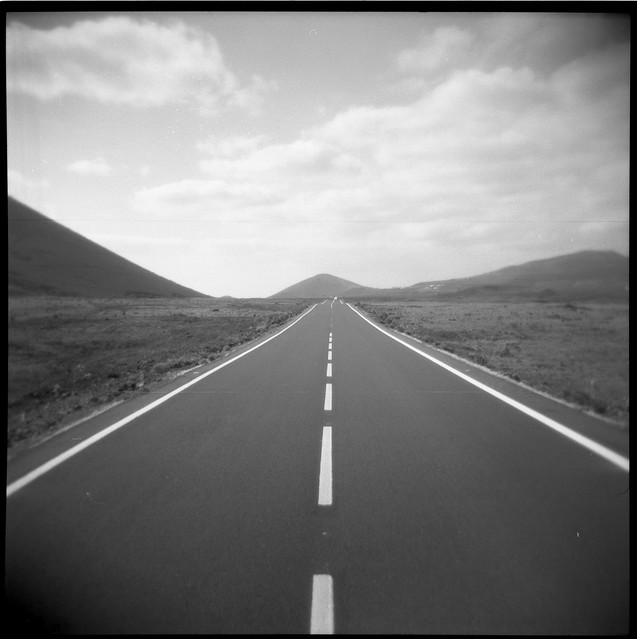 Give Yourself a Safety Net

In other words, shoot in landscape or portrait orientation and crop for square format later. With practice you will eventually find that shooting natively in square format is no big deal; but until you reach that level of comfort, you might want to shoot in a more traditional format and do a 1:1 crop in post. Having that sort of flexibility is always a good thing.

Above all else, experiment and have fun!

Interesting article and as I use to use a Mamiya C33 the square format has always been part of my thinking.
That said I did find the images a bit of a proble. I use an iPad and when viewing these the images are not square so the article looses its point to a large extent.