There was a time in history when you could make a comfortable living from even average photography. I’m not talking about the masterpieces or the National Geographic quality stuff. I mean average, mediocre photos. Not those iconic photographs of the Beatles for example, nor some photo-journalistic pieces like the “Napalm Girl” by Nick Ut. I'm referring to that forgotten photo of flowers on a greeting card, or that beach scene on a calendar page, or the bird in flight used to design a local restaurant menu. Those photographers made a living too, creating non-iconic, average, everyday photos. This is what I’ve termed “mediocre photos” for the purpose of this article.

Due to the barrier to entry at the time, and the many steps involved, photography wasn’t easy back then. It meant that only a limited number of people could create photographs, regardless of talent. This inherently made photography more valuable.

Nowadays, that inherent value of photography has been eroded by the advent of digital photography and computerised image processing. Anyone with a smartphone can now create a decent photograph. They can also create as many as they want. The lowering of the barrier to entry, as well as the lack of scarcity, means the value of the aforementioned mediocre photography is greatly reduced. As such, it has become nearly impossible to make any money from them, as was possible in the past.

The usual ways of making revenue from photographic content are sales, licensing and advertising. Sales are for prints or digital files via Esty for instance. Licensing could be from a stock photography repository or directly from one’s one website. Advertising is usually from a website or blog displaying the photos.

A new way of thinking, however, has emerged recently based on tokenised revenue generation. By this, I mean cryptocurrency. “Crypto” is all the rage now, especially with all the money that is being made (and lost) on the trading platforms. Apart from the most popular one, Bitcoin, there are many others often referred to as “Alt-Coins”. One of such is called “Steem”.

Steem is basically a cryptocurrency. On most other cryptocurrency platforms, new coins are created every day by a process called ‘mining’. In the Steem ecosystem, instead of mining, value is created via content creation in the social media platforms built on top of it. In essence, when you create content on the platform, you are awarded Steem. This content can be text, music, video or photography.

As the days go by, more and more applications are being developed in the Steem ecosystem, usually mimicking existing social media platforms and applications. At least four of them exist right now on which you can monetise your mediocre photographs.

Steemit is a Reddit-like blogging platform where creators and curators interact and derive revenue. You can post blogs and photographs on the platform and get ‘upvoted’ by an audience of ‘curators’. Each curator has a ‘voting power’ based on how much Steem they posses. The more upvotes you receive, the more Steem you make on that post. Anyone can be a creator or curator. Most creators also curate on other users’ blogs. 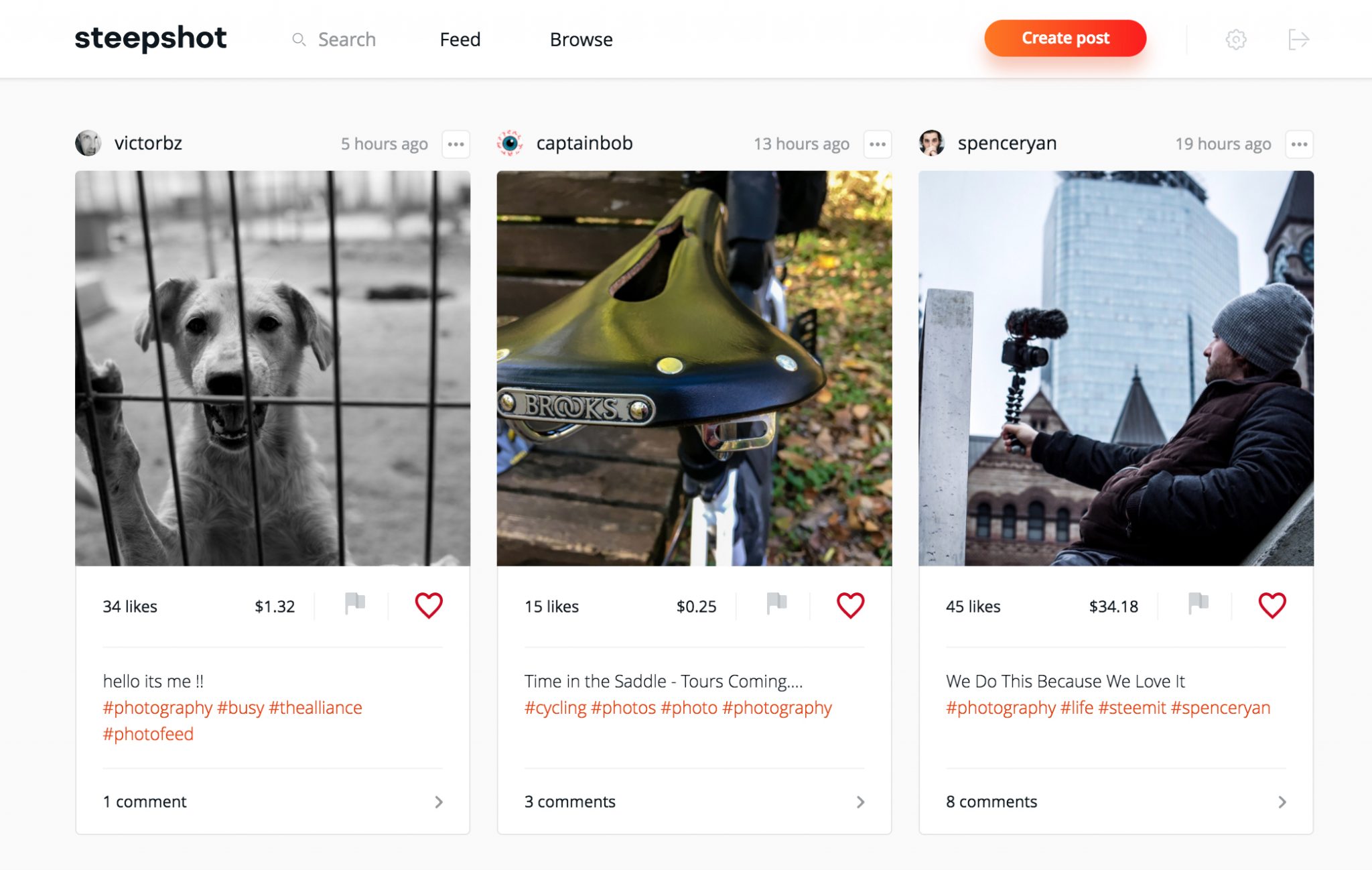 Steepshot is an Instagram-like photo sharing platform in the Steem ecosystem. Like Instagram, you can upload and share photographs and add a title and tags, as well as a short blurb. Again, curators on the platform can upvote your photograph, re-share it and engage in the comments section. Like Steemit, the more upvotes you receive, the more Steem you receive. 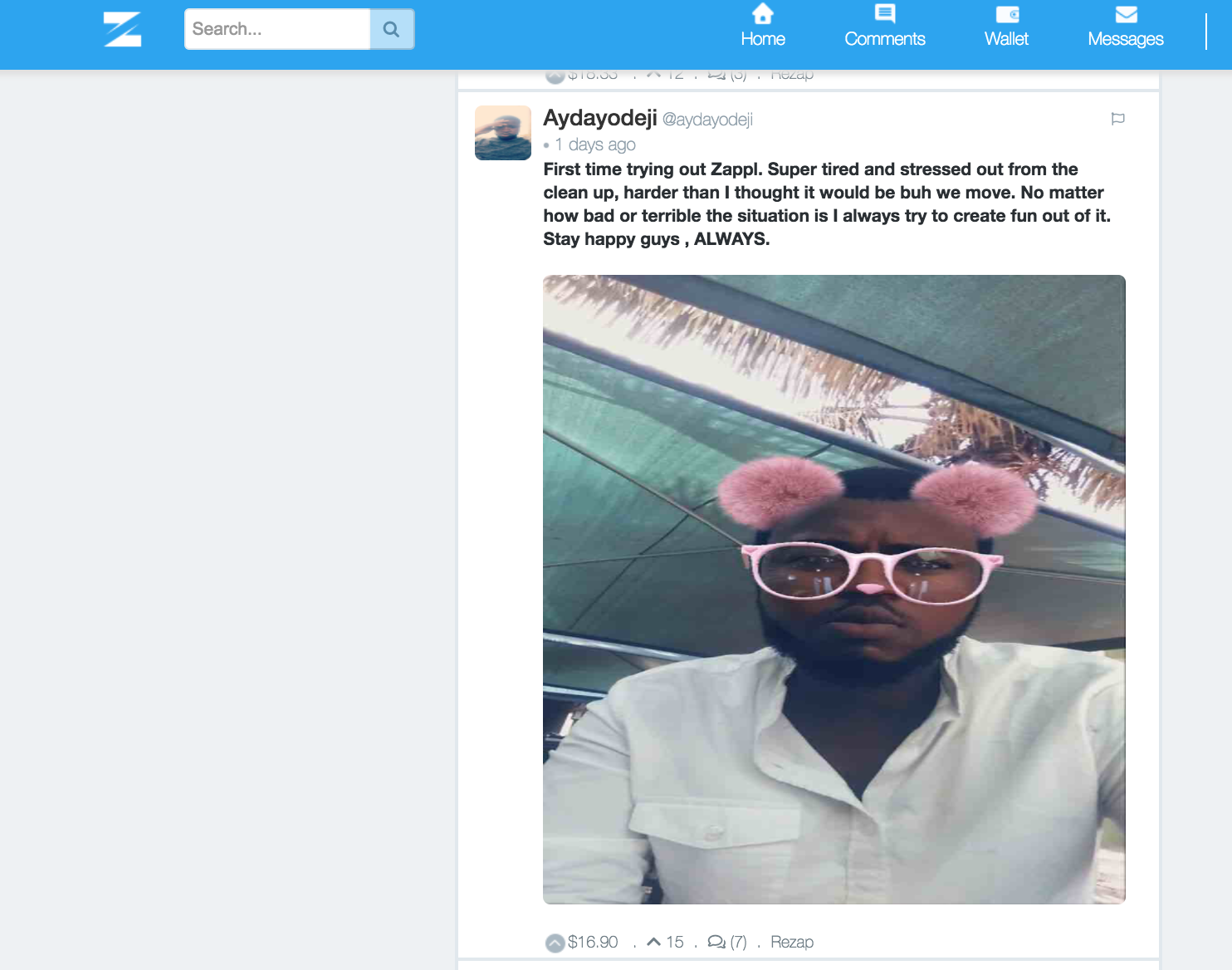 Zappl is a Twitter-like platform in the Steem ecosystem. Just like Twitter, users of Zappl can post short status updates and photos which are upvoted and engaged with in the same matter as the other applications mentioned above. Zappl is quite popular with smartphone users because of the ease of use and low standard of photos often uploaded there. Even with a quick snapshot, there is the opportunity to earn Steem. 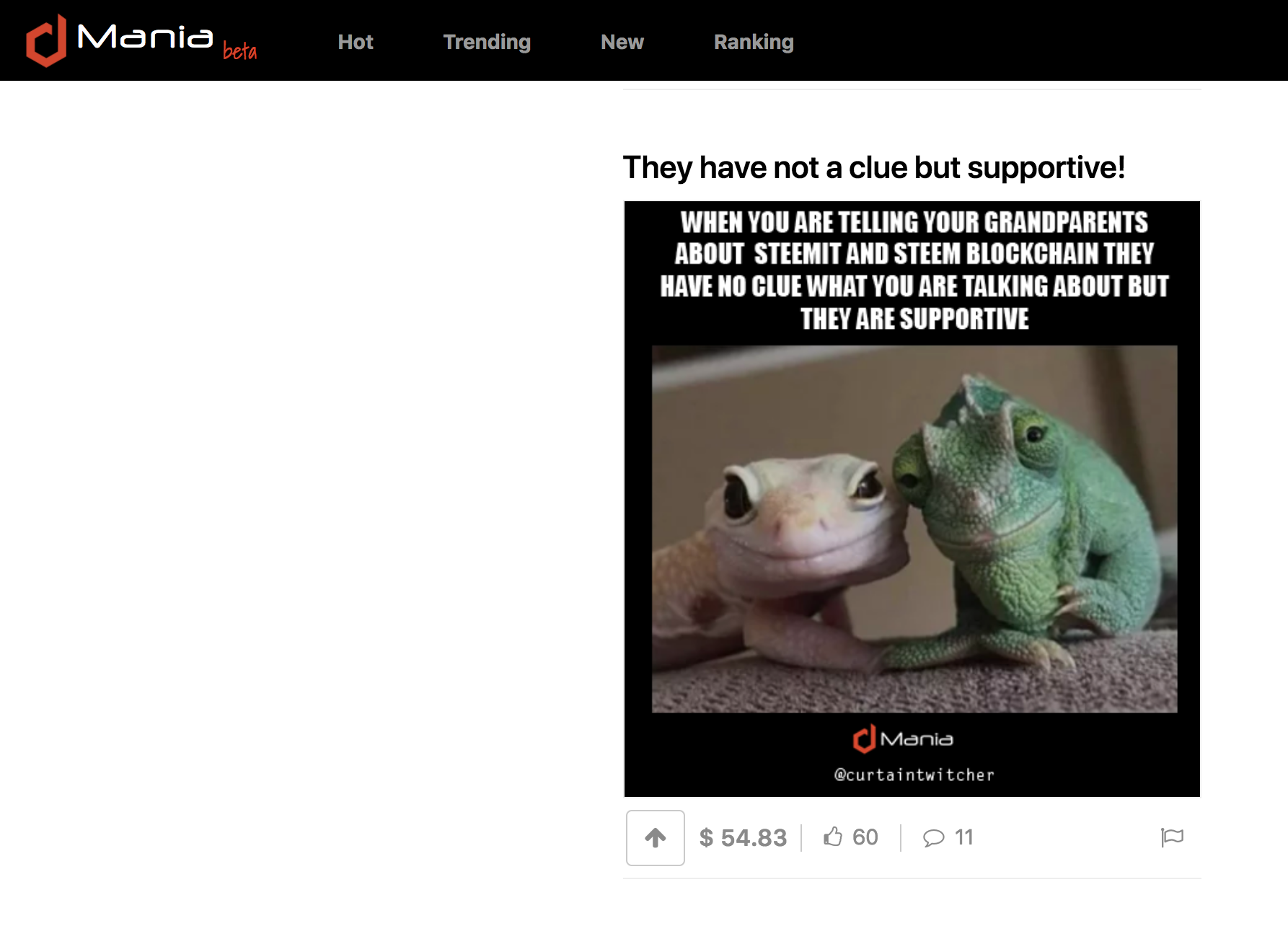 DMania is a platform for sharing memes in the Steem ecosystem. Users create (or often plagiarise) their memes from any of the many available apps online, and upload them to DMania. The memes can be upvoted by curators in the usual way. Some creators that have the talent for creating funny photographs can make a decent amount of Steem by using DMania.

So Where Is The Actual Money?

Obviously cryptocurrency is quite a hot subject right now, both in terms of ethics and the law. Depending on where in the world you live, the story is different. Please be careful when dealing with them.

Finally, I must state that I am in no way a financial advisor or currency expert. Please don’t take anything I have said as financial advice. Do your own research and check the laws of your land.

Sheesh… that’s sounds like a lot of work for probably not a lot of money. Thanks, though. It was an interesting read.

Thanks for reading Kent.

Most of the ‘work’ is at the point of trading the crypto into ‘real’ money. Once you’ve done it once, it’s easy from then on.

You’re right, most people make a tiny amount, however I personally know people who derive a full-time revenue from it actually.

Having said that, video is rewarded higher right now than photos.

Fun idea. Agree, sounds like a lot of work. Would be interested in hearing who has traded Steem for Bitcoin.

Thanks for sharing and this is well written Ade! Hope more people get to know the platforms, understand and get on the awesome ride then STEEM ON! 🙂