Photographing textures can be fun, challenging and even lucrative. One of the greatest things about textures is that they can be found all over our environment and don’t require the acquisition of special props or models.  Also, when done well, a photo of a texture can transform an ordinary scene into something visually beautiful.

What to Look For in a Potential Texture
Not every texture makes a good photograph but with time and practice you will develop an eye for what works and what doesn’t. First, there has to be some depth which will allow for shadow.   Shadows create the look of dimension, without which your texture will appear flat like a drawing   Also, there has to be an interesting or appealing pattern, decent composition, and sometimes beautiful colors.  When all of these elements come together just right, the result can be quite stunning.
How to Create Your Own Textures
You can also create your own textures and then photograph them.  Some good examples of this might be crumpling up a piece of old stained paper, splashing some paint on a canvas, scratching designs into a piece of wood or artfully arranging a pile of leaves.  Use your imagination with this and you just might be pleasantly surprised at the result.
What Gear and Settings Do You Need for Photographing Your Own Textures?
First, the use of a tripod is practically essential under most situations, since most of the time you will want the texture to be sharply in focus.  This is especially true if you are shooting textures to sell as stock images.  While some creative and intentional blur may be desired from time to time, generally a texture should be evenly focused throughout.  Since using a high aperture number is best, which means a slow shutter speed, there is a high likelihood of camera shake if the shot is taken hand-held.  A safe bet would be to always shoot a texture in f/11 and the lowest ISO possible.  A remote to trigger the shutter would be helpful as well if your tripod isn’t set up on a completely stable spot.
The best lens for shooting textures is a 50mm prime lens since they usually don’t cause much lens distortion.  However, if you don’t have a 50mm prime lens, and/or can’t afford one, any lens over 35mm will work and will create little to no distortion.  If you do end up with a bit of lens distortion, it is very easy to fix in Photoshop, but since this will remove a tiny bit of image quality it is best to get it right in-camera.
Consider the subject when deciding what distance to shoot from.  If you are shooting a large brick wall, it might be a good idea to stand back and get as much of the wall in the shot as possible.  Conversely, when shooting something with a very intricate pattern, it is best to get as close as possible to capture all of the detail.  Grains of sand on skin would look great very close-up as would the detail on a butterfly wing. 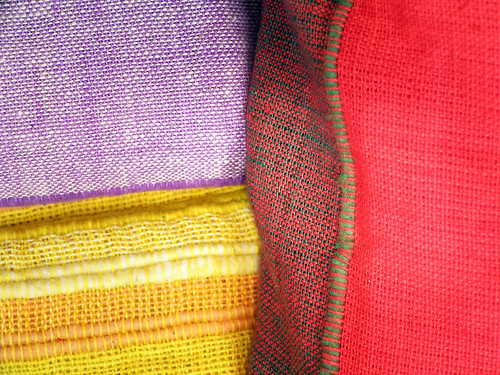 Generally, manual white balance is best.  The camera does its best to figure this out, but often does a terrible job of it.  You can try using the “cloudy” or “shade” settings as a good starting point, but there will likely be some need to tweak the white balance later in post-processing.
What About Lighting?
Light is another very important consideration.  A gray cloudy day is not the best for shooting textures since the image will often turn out flat and without dimension.  Bright sunlight is the best light for photographing textures outdoors, especially at either end of the day at sunrise or sunset, since it will create strong shadows and depth.  Make sure to keep the sky out of the photograph since it will wash out the image.  If you are indoors, try to use sunlight coming through a large window if at all possible.
Otherwise, an artificial off-camera light source is essential for creating dimension in your texture.  You would need to place it off to the side of your texture to mimic indirect sunlight.  However, there may be situations where more than one light source is desired for creative effect.  Also, make sure that your light source isn’t creating an unattractive reflection on the surface of your texture.  Whatever you do, don’t use the on-camera flash as this will flatten your image.
Mix It Up!
Always take many shots at various angles, and if possible with different light directions, so that you can choose the very best ones later.  Sometimes, the most amazing image will be captured this way and will often not be the one you thought would work best while you were shooting.  This is especially true for the beginning texture photographer, since this method can be used to learn what works and what doesn’t over time.
Who Is the Texture For?
When shooting textures for stock, it is best to focus more on the usability of the image for designers and less on creative expression.  So, forget about the artistic use of depth of field.  Instead make sure that the texture is both visually very appealing as well as sharply in focus throughout when viewed at 100%.  Also, since stock sites now have a massive library of these types of images, it pays to think about shooting very original textures in order to get your photos accepted and make sales. (See our article on shooting stock). 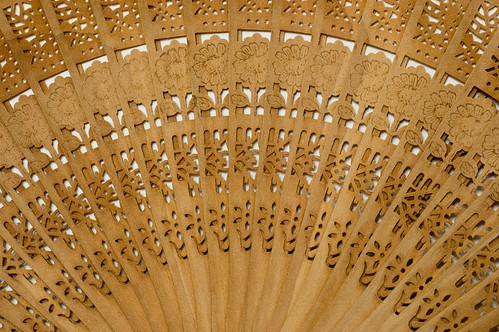 Post Processing Your Textures
Finally, don’t be afraid to improve your images with post-processing in photo software such as Photoshop.  You can use the spot removal tool to remove undesirable imperfections, such as a piece of lint on fabric.  Some sharpening is often needed as well.  It can be fun to experiment with changing colors, plumping up the vibrancy or saturation and even layering another texture on top with some transparency.  Sometimes turning the image black and white can be highly effective as it can enhance texture and contrast.  It is possible to create multiple textures from one original texture by experimenting in this way.
Rachael Towne is a photographer, digital artist and creator of photoluminary.com

is a professional photographer and creator of Presets Galore.

agree with this .. very disappointed with the d800 .. its usefulness is limited because of loss of small aperture

A good place to “find” texture can be as simple as your closet or drawers. I like going to a friend’s yarn shop (So Originial in Olney, MD) with a macro lens and a tripod. Using a small f-stop and a long exposure gets results like those found at http://www.jgdphoto.com on the textile notecards page.

Hi there,
Liked the article, you mentioned 50mm for shooting textures but I also found 85mm have good reviews (in terms of sharpness). I am about to buy something, but can’t decide:
AF-S NIKKOR 50mm f/1.8G vs AF-S NIKKOR 85mm f/1.8G (purpose: textures for games)
What would you recommend? I care about quality, sharpness, close to zero distortion etc.
Cheers

I am trying to take Textures for my course but haven’t made much progress yet. This article gives very candid opinion and directions to improve my attempt to do so. Lots of thanks for sharing this Rachael!

I am using nifty-fifty on Canon often to capture textures and most of the time aperture is set to 5 or 5.6. Cloudy day is not problem, actually bright sun is most of the time problem it it is direct and in that case feel free to look for shadow. I am increasing aperture value only if that is needed, for example when capturing old tree bark from close distance to avoid blurry image. Another thing which is not mentioned in post: if you have problem with sharpness switch to raw file format when capturing, I have detected on my camera that raw format is giving me better sharpness while capturing in JPEG format is producing softer images which are not enough sharp for stock sites.