A lot of photographers today find themselves more comfortable posing individuals and groups in a natural way, rather than the strict fashion most of us grew up with. That is, letting those groups pose themselves to some degree. With some outside direction from the photographer, a group of people can often arrange themselves rather organically, displaying their personality in the process: Wabi-sabi posing; Delightfully imperfect posing. As the group gets larger though, organic posing starts to fall apart too quickly for you to get a good shot. 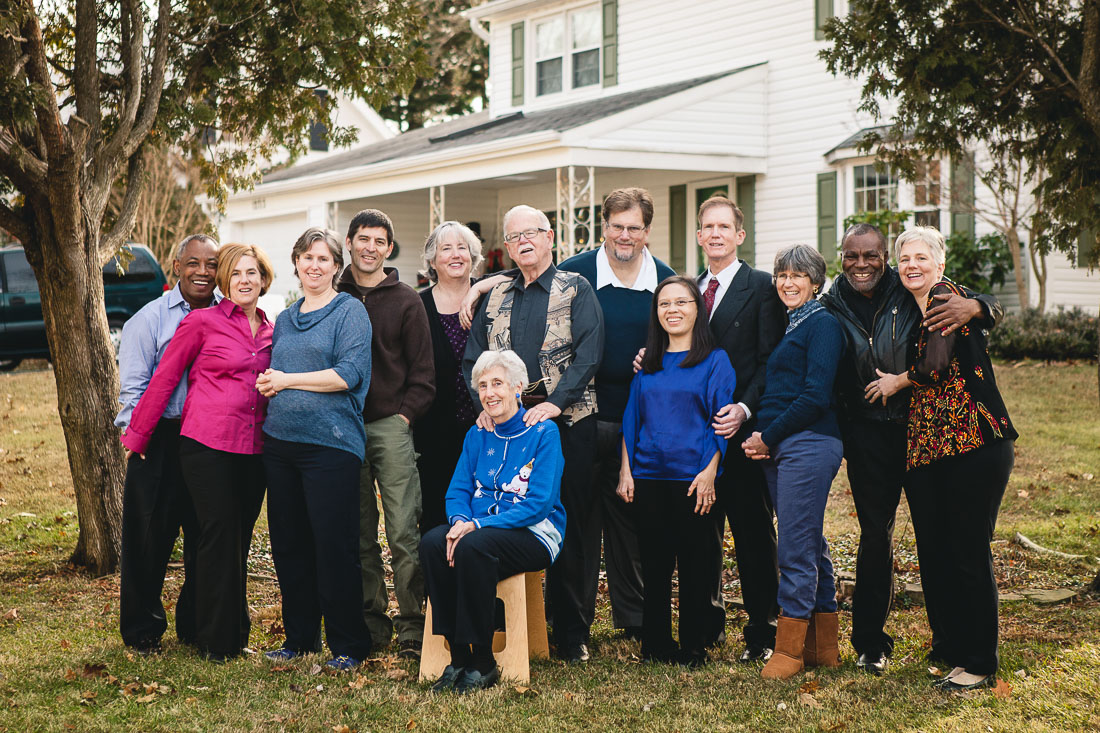 As a result, when photographers pose groups of about 10 or more, the arrangement can often come out bland. The size of the group requires more strict posing techniques, but it also increases the pressure to work quickly, and the rigidness of the subjects. The results are often even rows of straight arms in pockets and hands on hips.

So the question is how do you do some version of wabi-sabi posing with a group of 10 people or more? The answer is to start by posing strictly and in such a way that when your subjects relax, they relax into just the right ‘imperfection’ you were looking for. 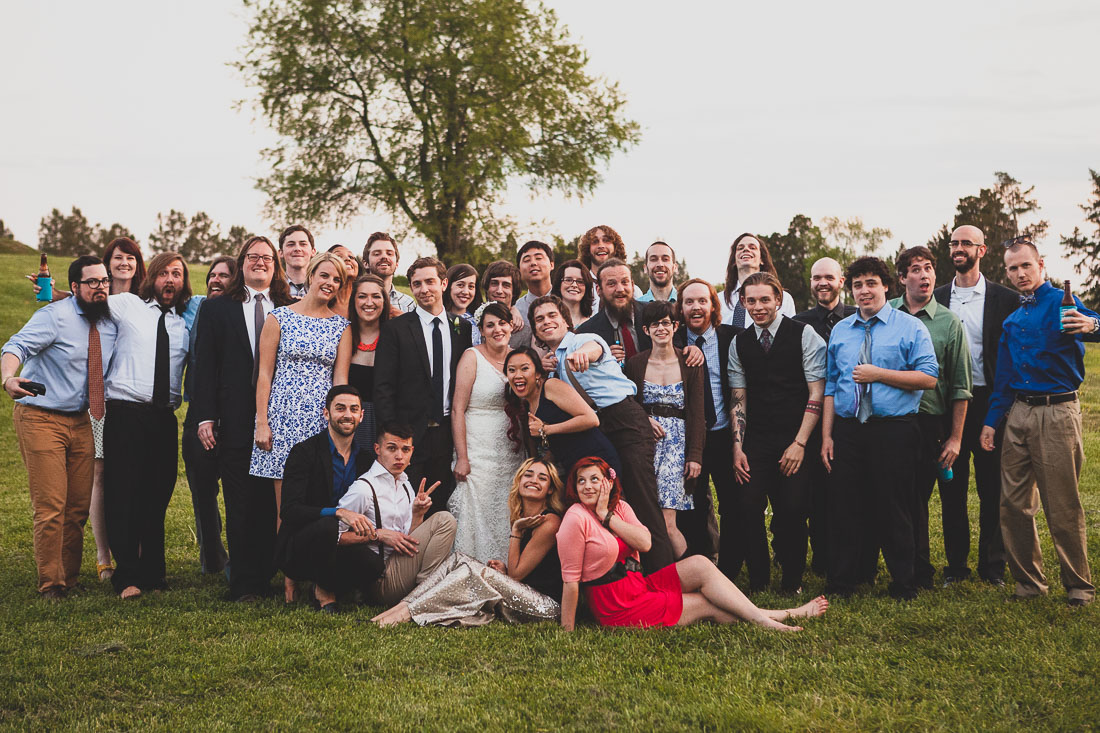 Photo by Felipe with Petruzzo Photography

Start with a very quick and loose arrangement. Not everyone will be adequately visible, which is okay. Just ask them not to move from where they are standing, but to ignore you and just talk to each other for a moment. This is the important first step, because they will move and where they move to and how is what you’re looking for.

The perfect photo is somewhere between when the group is arranged exactly right and when the arrangement has fully deteriorated. So give them a minute or two and just observe the group as the pose deteriorates. Who have they turned or stepped toward? How have they relaxed? How are they standing, or sitting? If you can take notes quickly, do it.

It’s important that you’re not clicking off photos at this point because it will prevent the pose from deteriorating naturally. So just keep your camera over your shoulder. If you want to take reference shots, do it from the hip.

Use these few minutes to also identify clusters of people within the group, three to four at most. 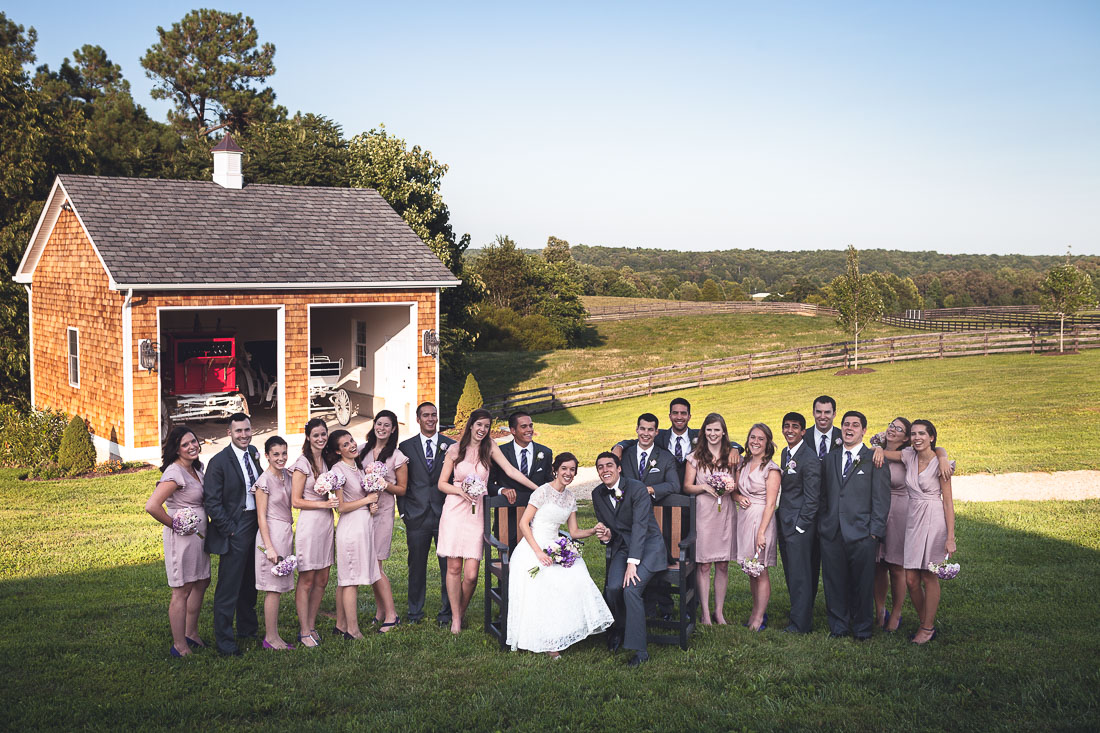 Now that you've had a moment to observe how the arrangement deteriorates, you know better what you’re looking for.

Before addressing the group again, starting on one end of the arrangement, approach one cluster and speak to them directly–not loud enough for the group to hear you unless they stop talking and focus on purpose. Most groups won’t. Instead, you’ll hold the attention of the three or four people in the cluster you’re talking to and that’s exactly what you’re looking for. Use this opportunity to be very specific about what you want them to do, using your observations earlier as a reference–for example, if one person is always talking to this other person, place them next to each other, or drape on person’s arms over another.

You’re giving specific instructions to each person, but remember, you’re setting up dominos here. The goal is to set up the arrangement so that the whole group begins relaxing at the same time, and when they do, it’ll look just right.

Spend about a minute and a half with each cluster before moving on. You can even explain what you’re doing, which will often help you subjects hold their pose a little longer.

Once you’ve moved through each cluster, you should have a whole group almost looking good. It’s nearly time to knock em down. 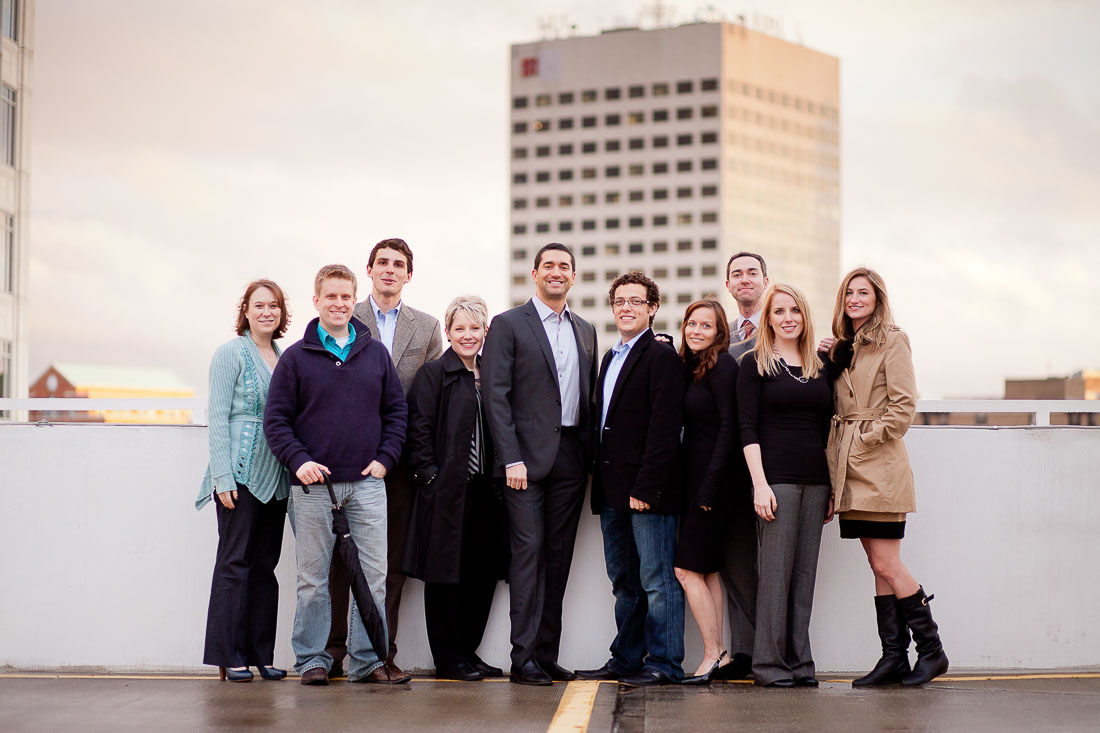 Now get back in front of the whole group. Take a moment to tighten up the arrangement again since certain poses from the first clusters will have relaxed by now. At this point, everyone will look rather tense. Take a few shots for reference, then start to engage with the group.

Engaging with the group will start the relaxing process. You can ask the group to explain their favorite inside joke, do something to make yourself look endearingly foolish, ask them to imitate each other’s laughs or any number of other conversational tricks. The point is to get them to start acting like themselves while still trying to do their best to keep the pose you gave them (hint: most people can’t do both).

This is your moment, when everyone goes from posing rigidly like themselves, to relaxing into themselves as they engage with you. Since they were posed close to something natural for them, as the pose deteriorates, it will be into something natural and you’ll have the chance to get a great shot.

Btw, which lens was used for the last photo. Awesome photo.

very interesting and useful, I’ll have to shot a group this week-end what a coincidence to find this article !