In the digital age that we are in, almost all parents capture photographs of their children, to keep memories of them growing up and doing things even if it means just using the smartphone. If you are a photographer and a parent, then you do not run out of models to try your photographic skills and that way, the joy of being a parent just doubles.

We’ve all come across photographers who document the day to day life of their kids doing things around the place they live, etc. but here we have horror photographer Joshua Hoffine, who uses his imagination along with his camera and props to recreate gruesome and surreal scenarios using his daughters. He turns nightmare into reality through his photographs!

Amongst Joshua’s works, one of his most famous series is “After dark my sweet.” It consists of images that were created focussing on nightmares that most of us have as children. The positive aspect of his work is that Joshua’s daughters are more than happy to be featured in his works and they look forward to how the photographs turn out. 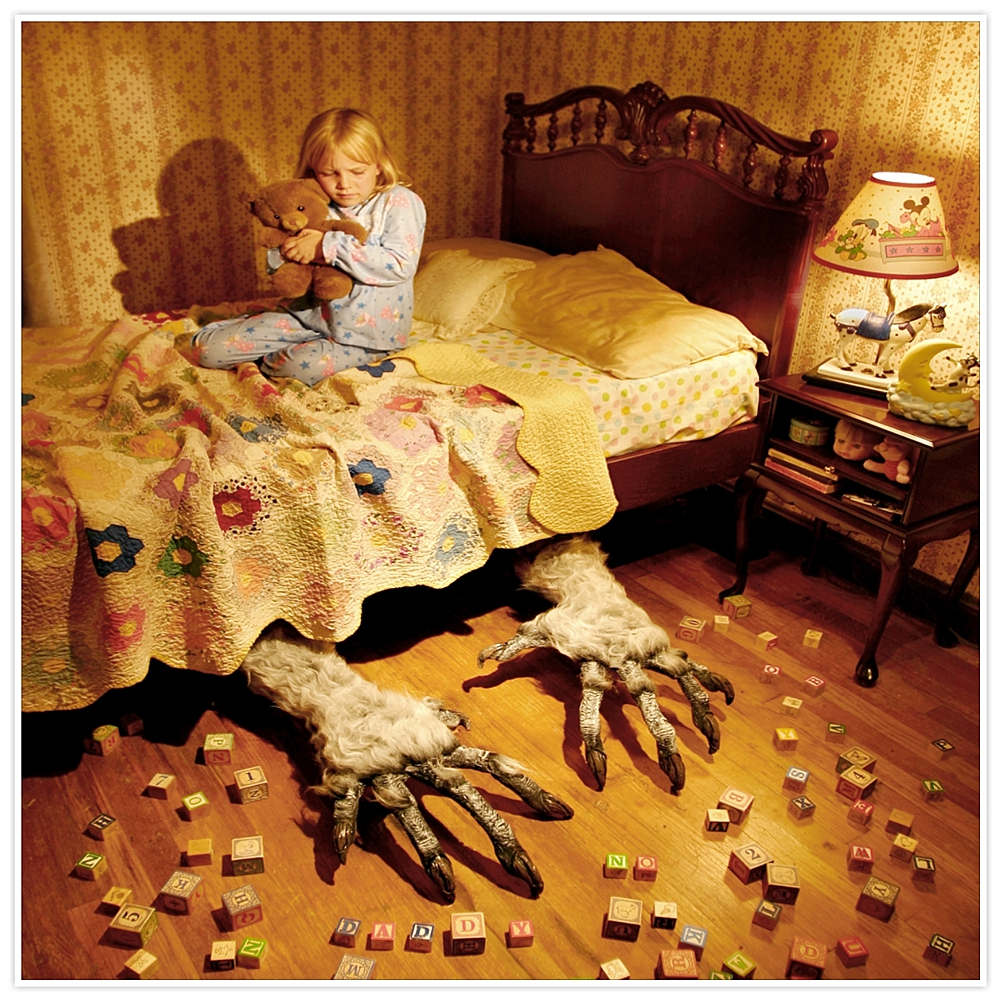 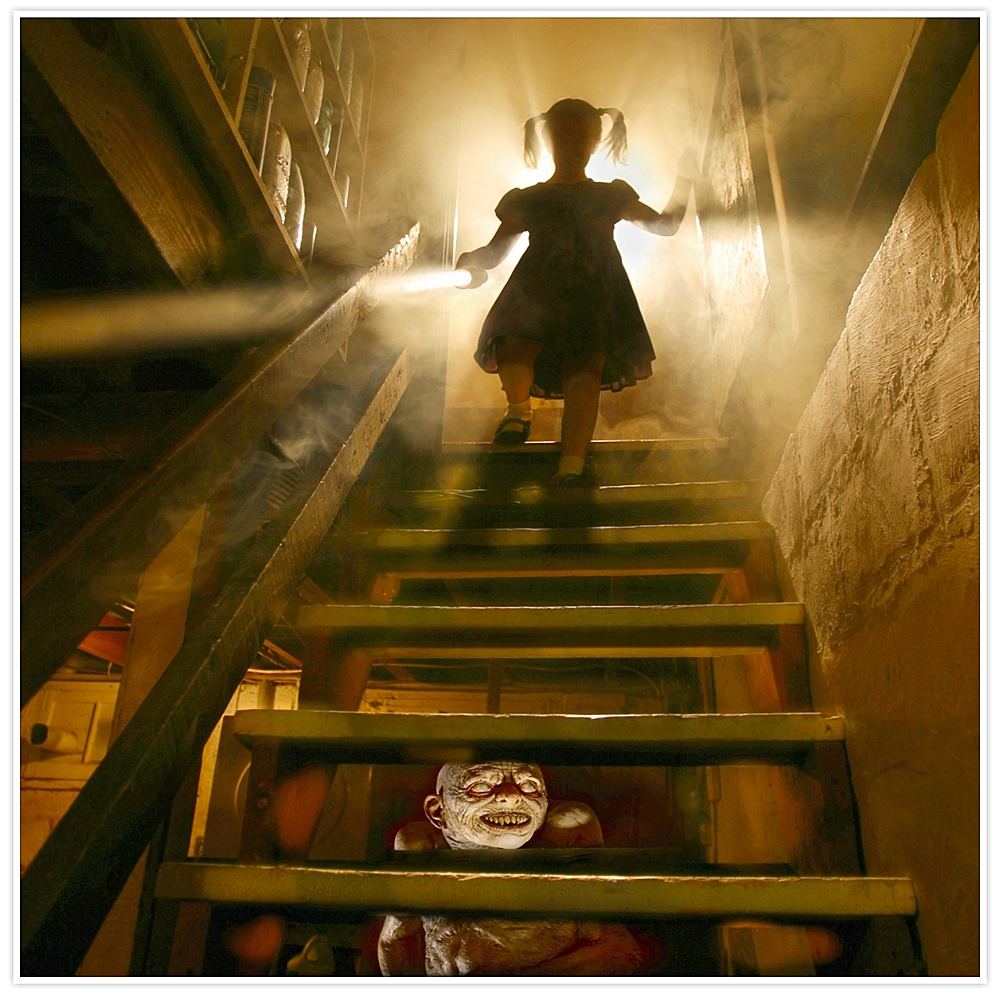 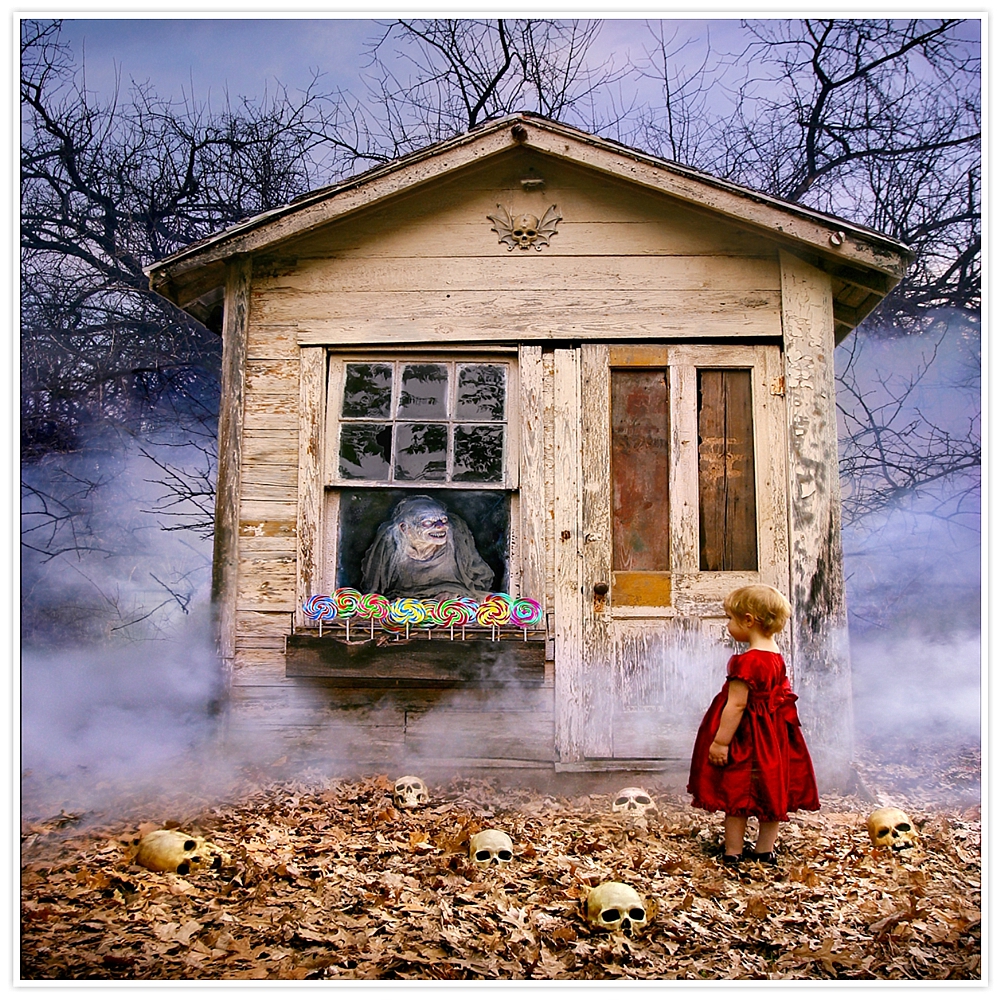 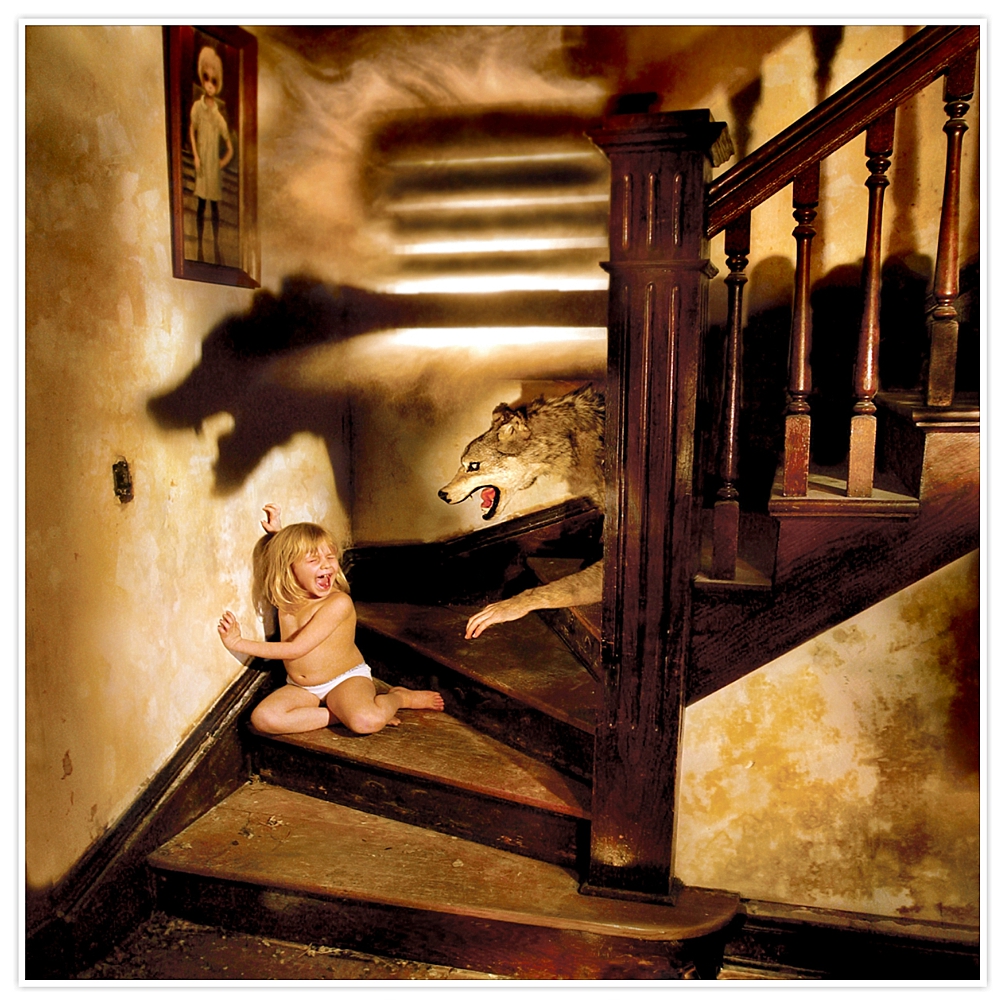 Here is a little about Joshua…

Joshua Hoffine is an acclaimed photographer who has audience all over the world for his hauntingly beautiful images of Horror. He was born in Emporia Kansas in 1973 and graduated from the high school in Kansas City in 1991.

Joshua earned a B.A. in English Literature from the Kansas State University in 1995, shortly after which he began making photographs. Later in 2001, Joshua earned an M.F.A. degree from Miskatonic University.

Joshua lives and works in Kansas City at the moment. He is married to Jen Hoffine and has five daughters.

Joshua started creating staged photographs in 2003 what he called “Horror Photographs,” with the help of his daughters and family members who were the models / crew and his work became popular very quickly, that it was featured on numerous websites.

It was in 2008 when Joshua released a series of images exploring the nature of childhood fears, that his work became very famous and went viral on the internet.

Since then, Joshua’s works have been published in over 150 countries in numerous magazines, anthologies, newspaper articles and in many publications like The Guardian, Rue Morgue Magazine and the National Opera of Paris. Joshua has also had a huge number of followers since then, for his carefully staged photographic works.

Joshua did not stop with just still images, but also released his first short horror film titled “Black Lullaby” in 2014. His works have also been compiled into a hardback collection called “Horror Photography” published by Portland, Oregon based speciality publisher, Dark Regions Press, which is an award winning independent publisher in business since 1985.

Joshua has plans for a full length horror movie which is his next project.

How does Joshua shoot these images?

Joshua who is one of the most recognised photographers of the world and a pioneer in the sub-genre of Horror Photography, stages his photoshoots like small movies, with sets, costumes, elaborate props, fog machines and SPFX make-up.

Everything is acted out live in front of the camera and for Joshua, his friends and family members are the actors and the crew. 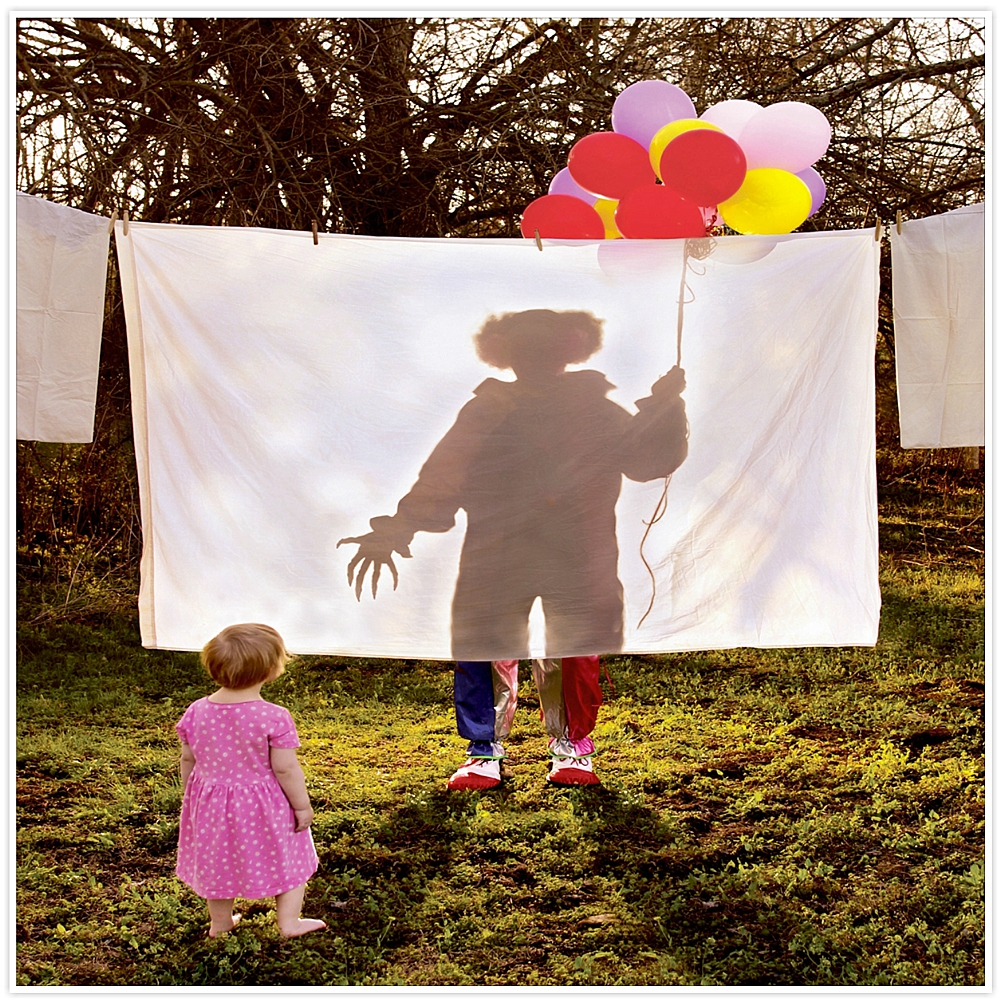 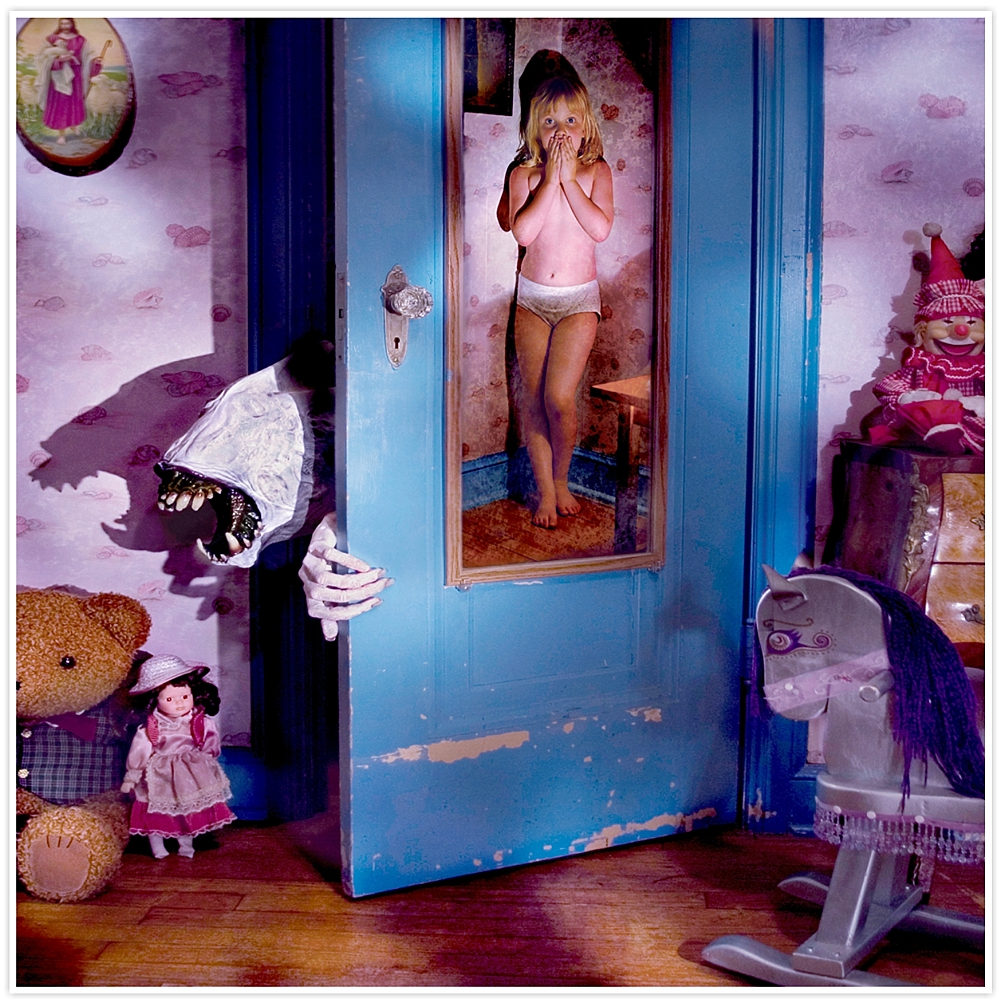 After dark – Image by Joshua Hoffine 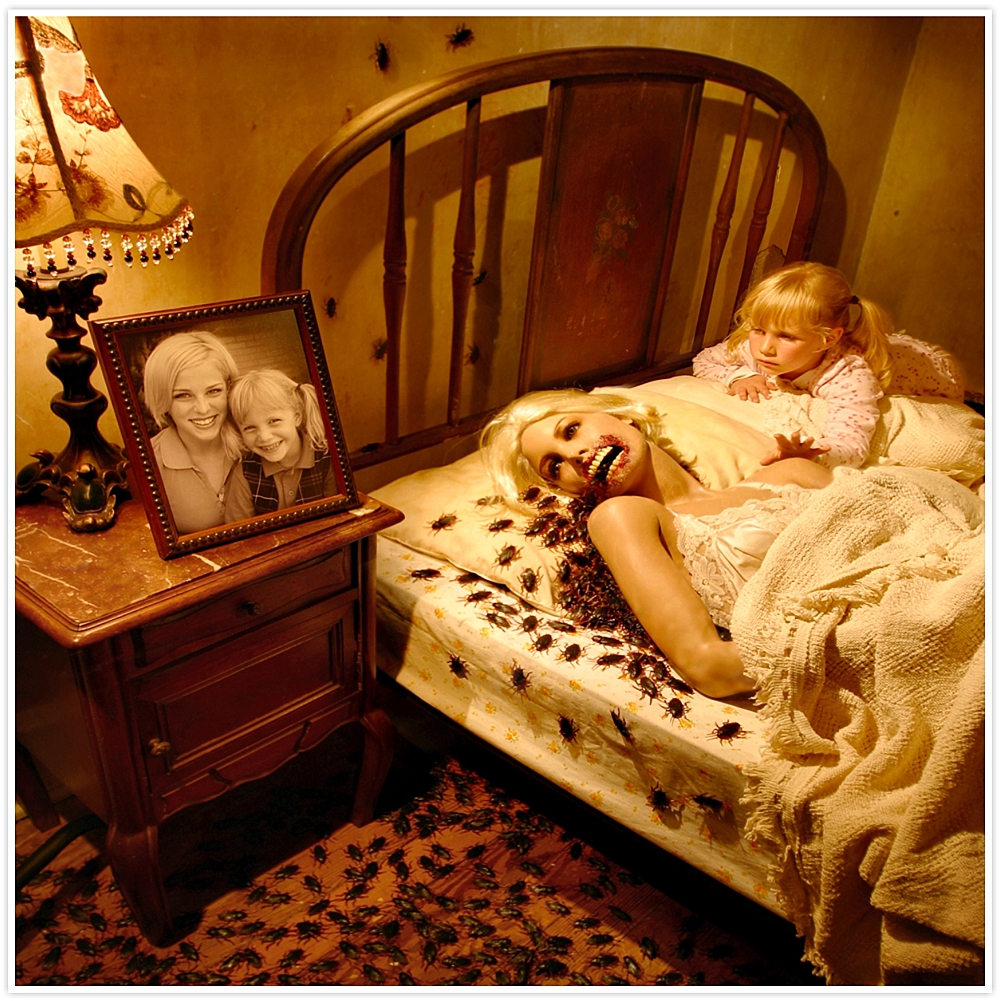 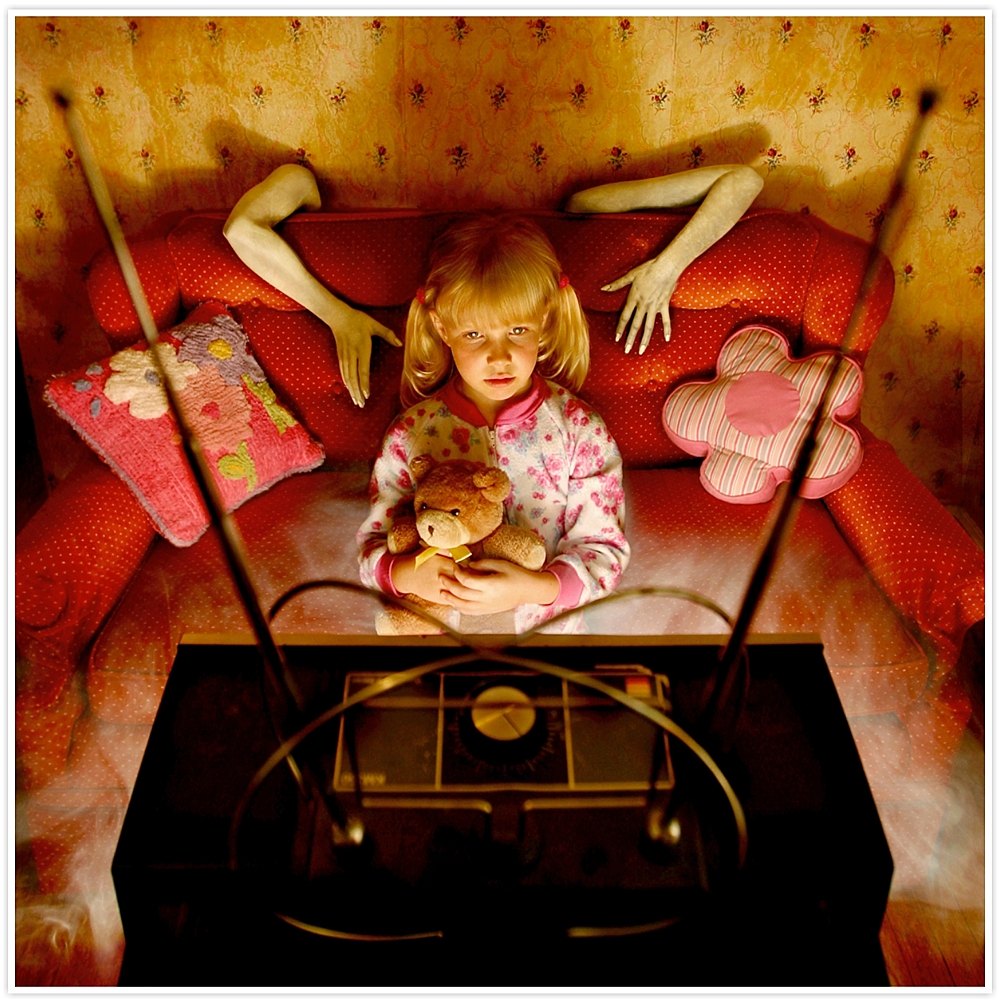 When Joshua talks about his role as a horror photographer, he says,

“My role as a Horror photographer is to show you what you don't want to see.

My photographs, like Horror movies, use realistic images to stimulate mirror neurons, to exploit involuntary empathy reflexes, and elicit fear through observation.

Unlike a movie, a photograph is atemporal. A photograph can only depict a single moment in time. There is no before, or after. The tension of the moment remains unresolved.

Photography has more potential for Horror than other visual mediums, like painting or illustration.

Photography captures Horror with a literal and impartial eye. Seeing is believing. The more realistic and convincing the image, the more impactful it is on the viewer.

Through Horror photography, inherent fears and forgotten traumas, long dormant in the Unconscious, can be triggered and rediscovered.

Monsters hiding under the bed can be dragged out into the light of day.” 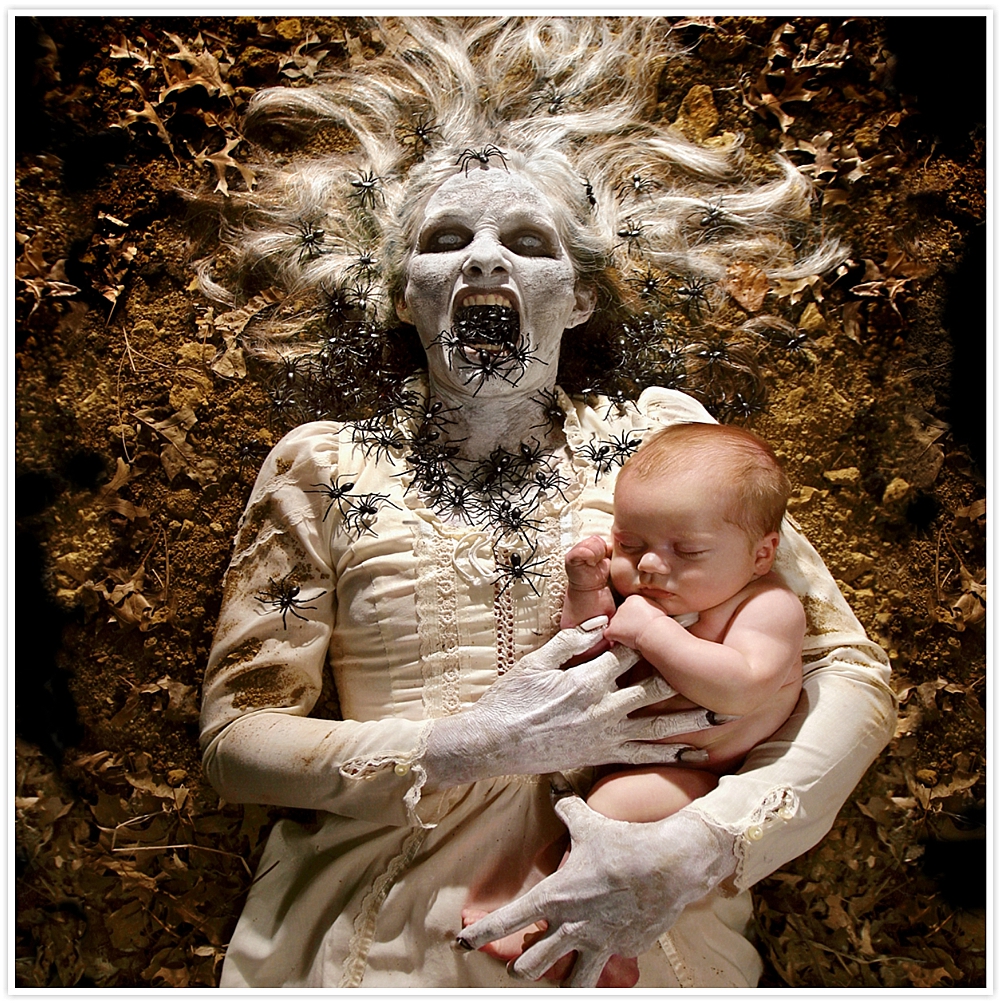 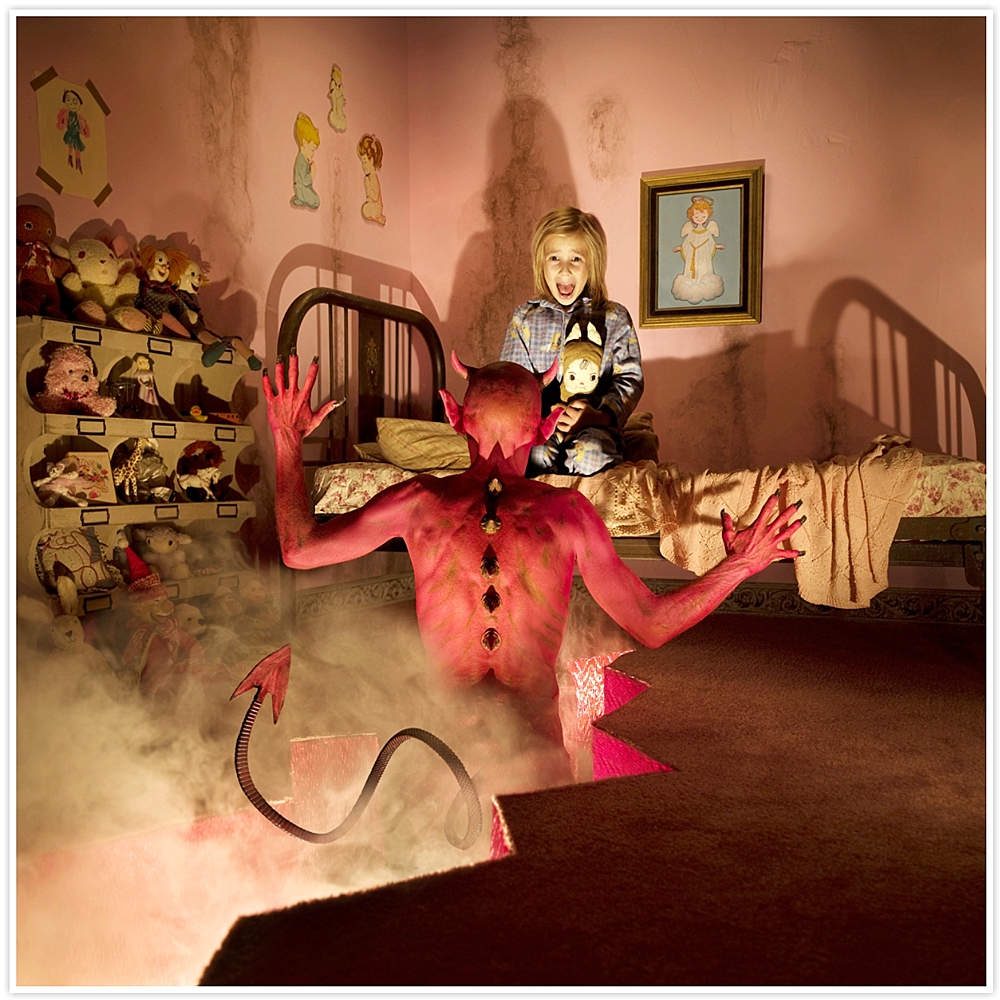 Joshua has had his works exhibited in various galleries in the past years. His works have also been published in various magazines, newspapers and others since 2008. If you like Joshua’s work, more can be found on the links below!