Photography has various genres and every photographer finds something that interests and fascinates them and then develops their skills in that field. Like landscapes, portraits, astrophotography, still life and others, a new sub-genre of toy photography is a very special skill where photographers create stories with toys as their subjects. Some photographers shoot toys in natural surroundings, while others create a scene indoors or outdoors to include their toys and then photograph them, while some other photographers do both.

Mitchel Wu is a full time toy photographer and owns Mitchel Wu Toy Photography. He creates images for himself as well as for his toy company clients. When Mitchel talks about his job, he says, “It’s a dream job that I never even knew existed up until just over a year ago. I have a degree in illustration from the California College of the Arts in Northern California and have always been focussed on creativity throughout my career. I worked at the Walt Disney Company for 6 years and later had creative collaborations with Sony Pictures, Warner Bros, Lucas-film and Cirque Du Soleil.” 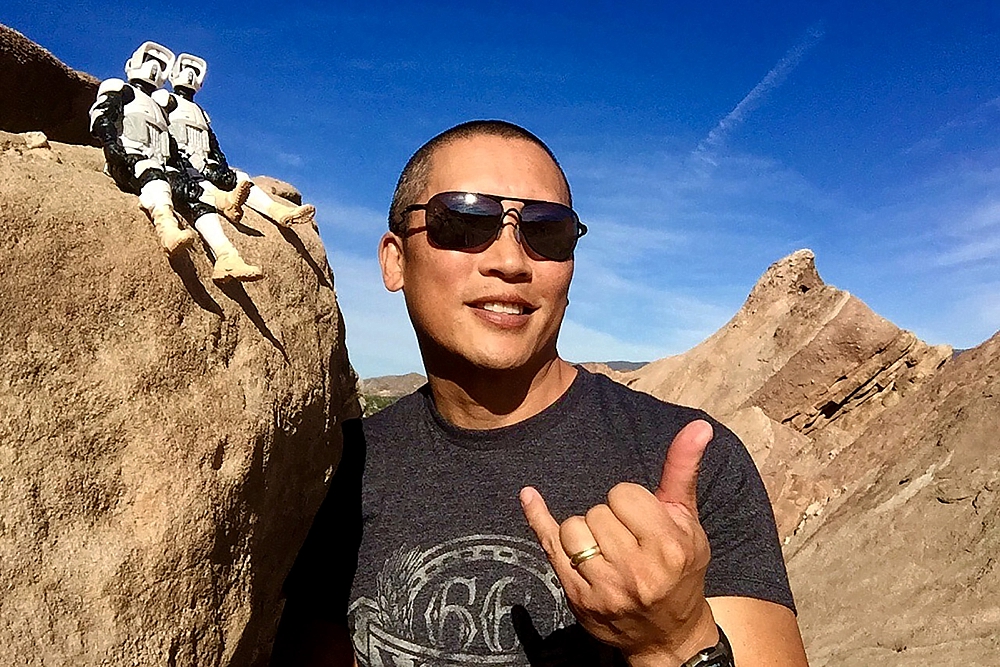 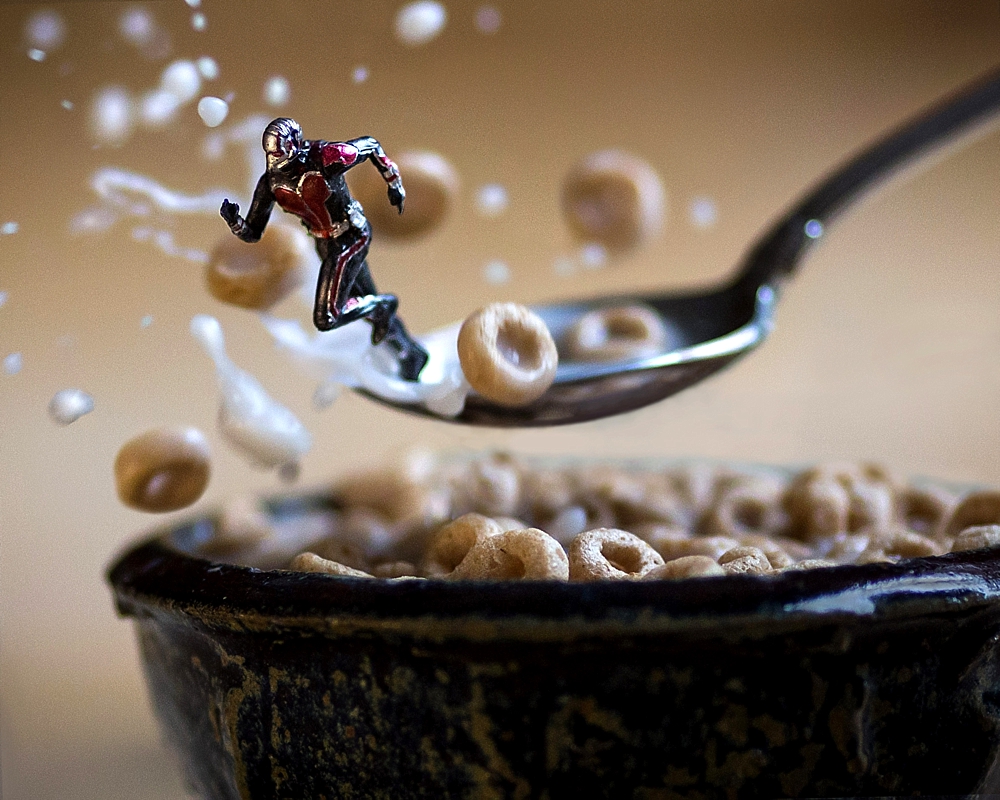 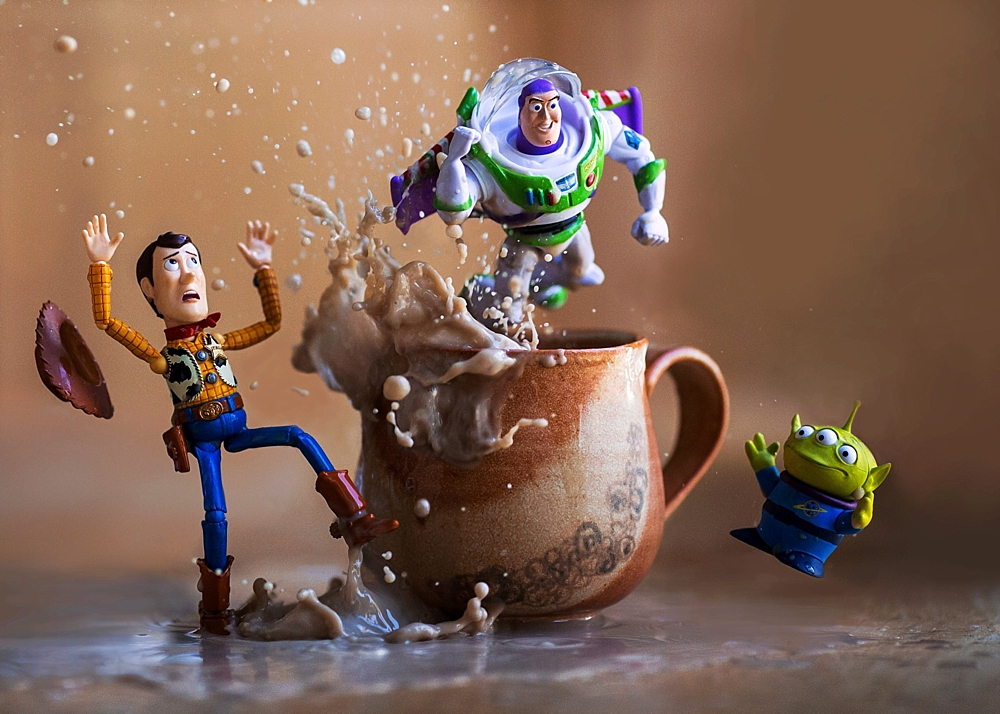 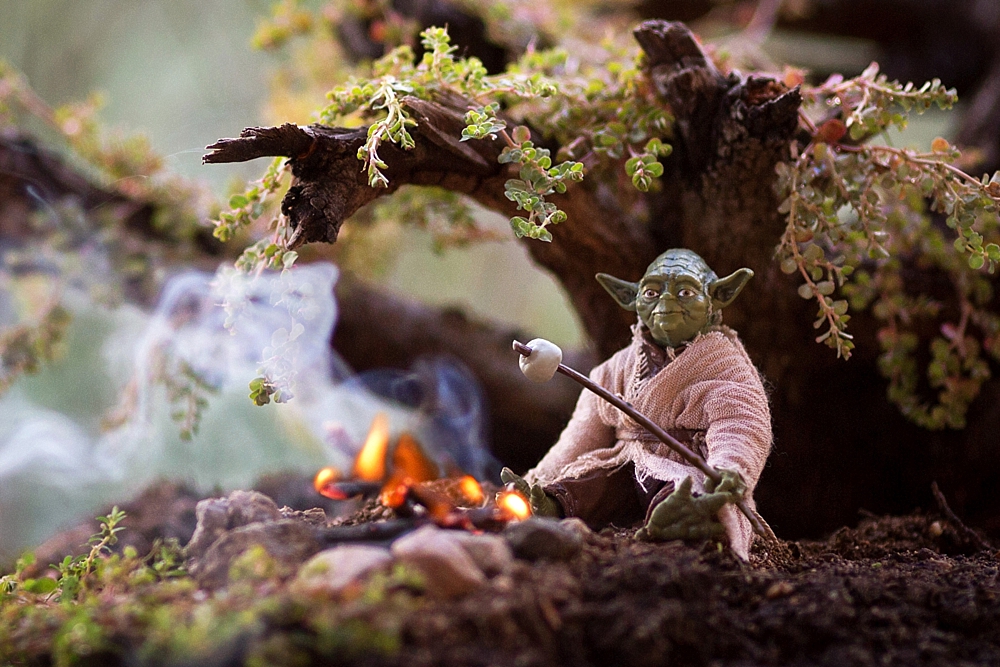 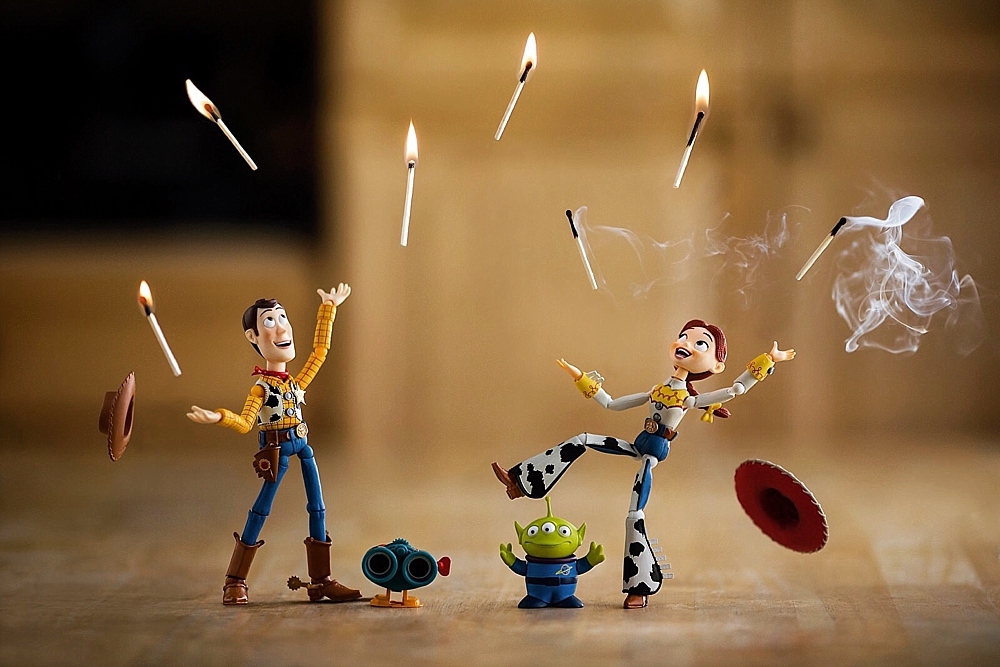 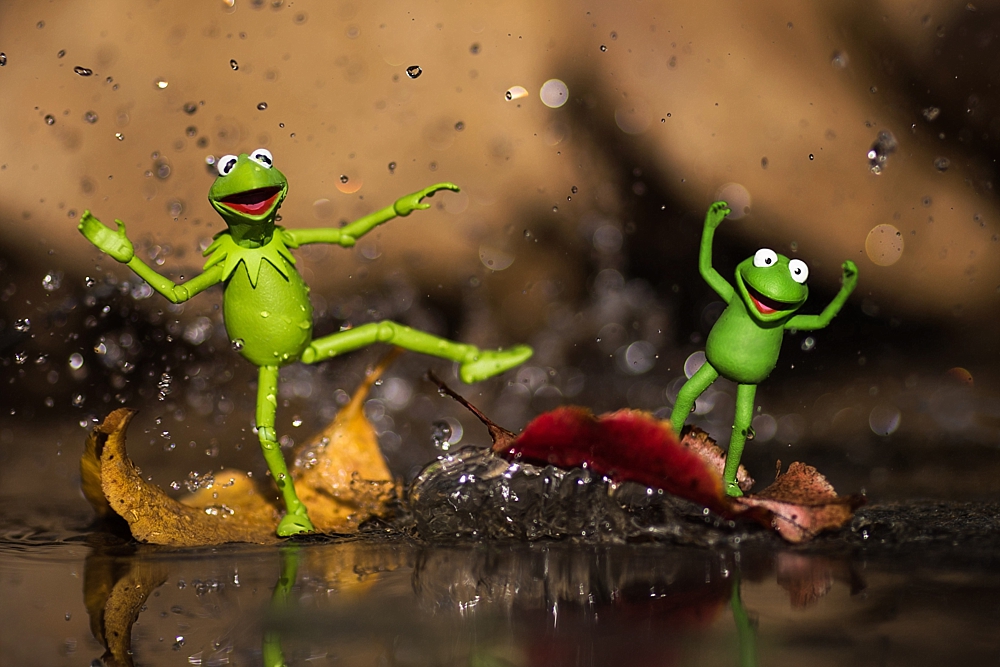 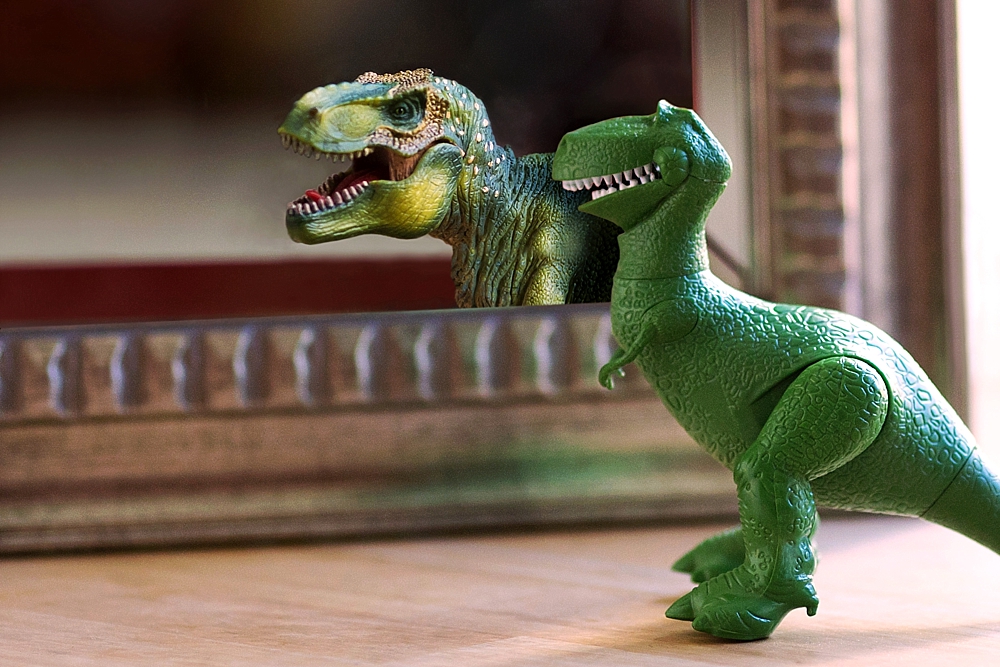 Mitchel narrates how he got into toy photography. Listen to what he says below:

“A couple of years ago, I saw some toy photos that my nephew had taken. I’m going to be honest – it seemed pretty strange, but also kind of cool. We all played with toys as kids, but most of us grew out of them and moved on to other things. I was a full time wedding and portrait photographer at that time, but once I took my first toy photo, I was hooked and never looked back. This coincidentally came at the same time that I decided to stop photographing weddings, as I was missing too many weekends with my family. Toy photography has worked out beautifully from that perspective.
There are three primary components that I try to focus on with my toy photography – story, emotion and effects – in that order. A really cool image without a story or any kind of emotion is like a delicious snack with empty calories. It might seem delicious at first, but it really doesn’t do much for you in the end. It’s the same with photography and art in general.
Who hasn’t seen that movie with all the action and crazy special effects, but no story…..a movie that’s forgotten, almost immediately after seeing it. It’s the same with toy photography. But if I am able to create an image with all three elements – story, emotion and effects – then I know it’ll be a memorable image and will likely have a meaningful impact on viewers.
I use practical effects in my images, meaning real, not digitally created effects. Fire, smoke, splashing liquids, airborne dirt and debris…all real and all photographed real time in the scene. I do use Photoshop, but it is used to remove elements, not add them.
Going forward, I want to keep pushing myself to create more amazing stories through toy photography and to continue developing a style that’s unique to me. One of my goals is to travel around the globe to photograph toys, have meet-ups with other toy photographers and lead classes and workshops. I am sponsored by Lowepro camera bags, Manfrotto Tripods, Spider Holster and others. I am hoping that together my partners and I can make this happen.
And finally, I want to curate a series of toy photography gallery exhibits nationally and internationally featuring my work as well as the work of other top toy photographers – a showcase of different styles, techniques and toys. It would be amazing and I believe wildly popular. So, if you are a gallery owner and are looking to show something entirely new and different, something that will resonate strongly within the world of pop culture, let’s talk.” 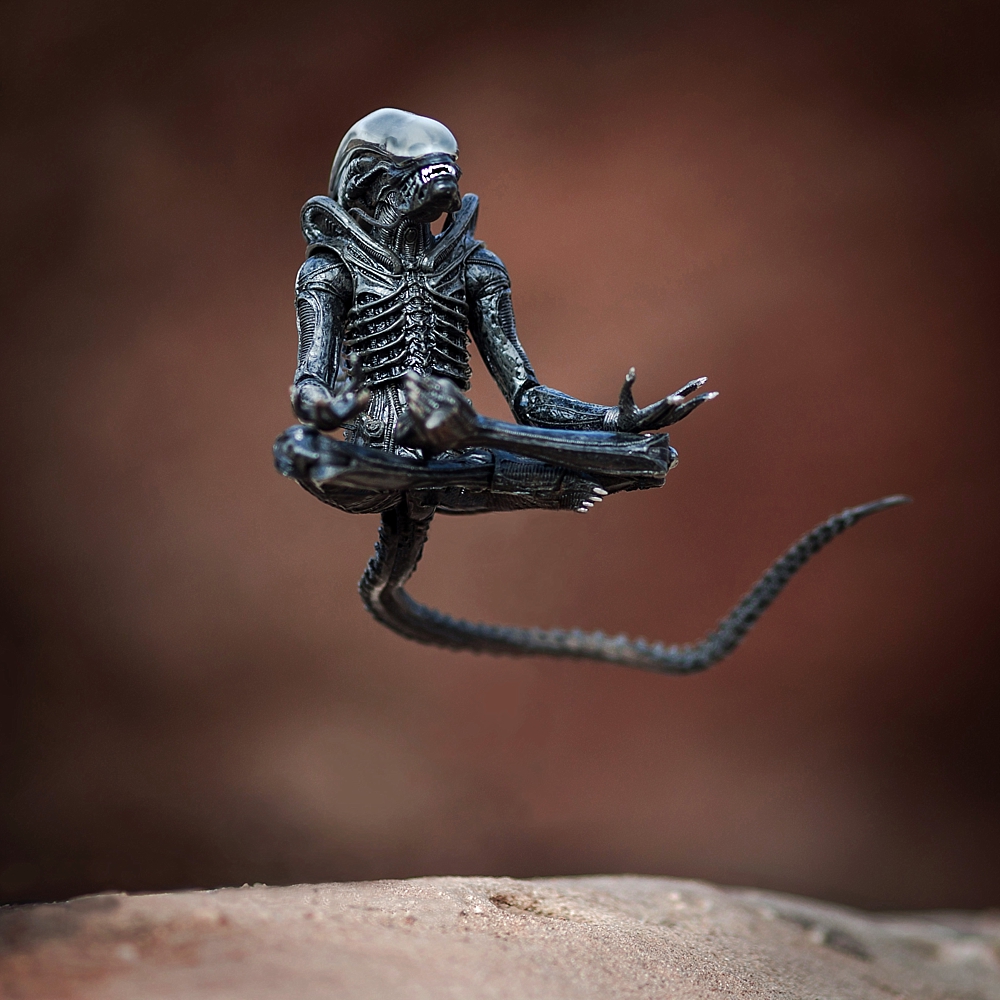 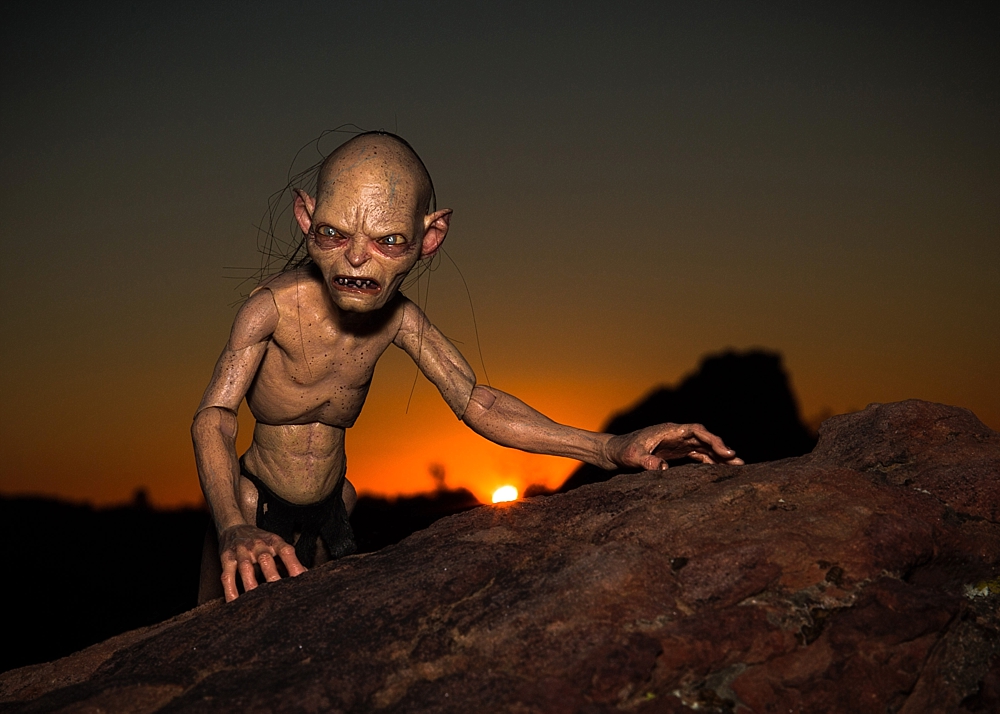 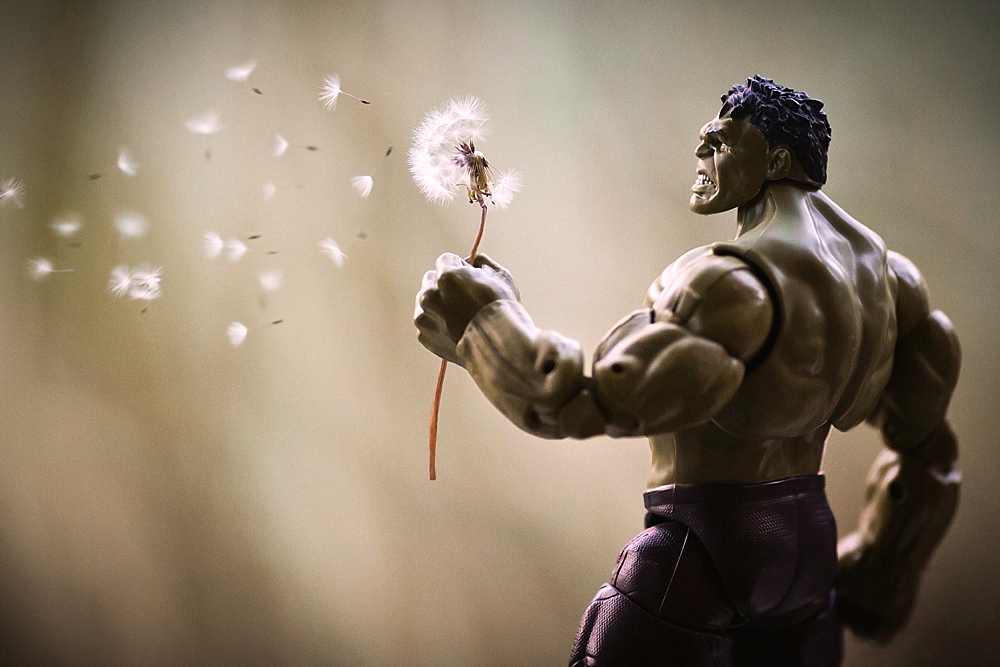 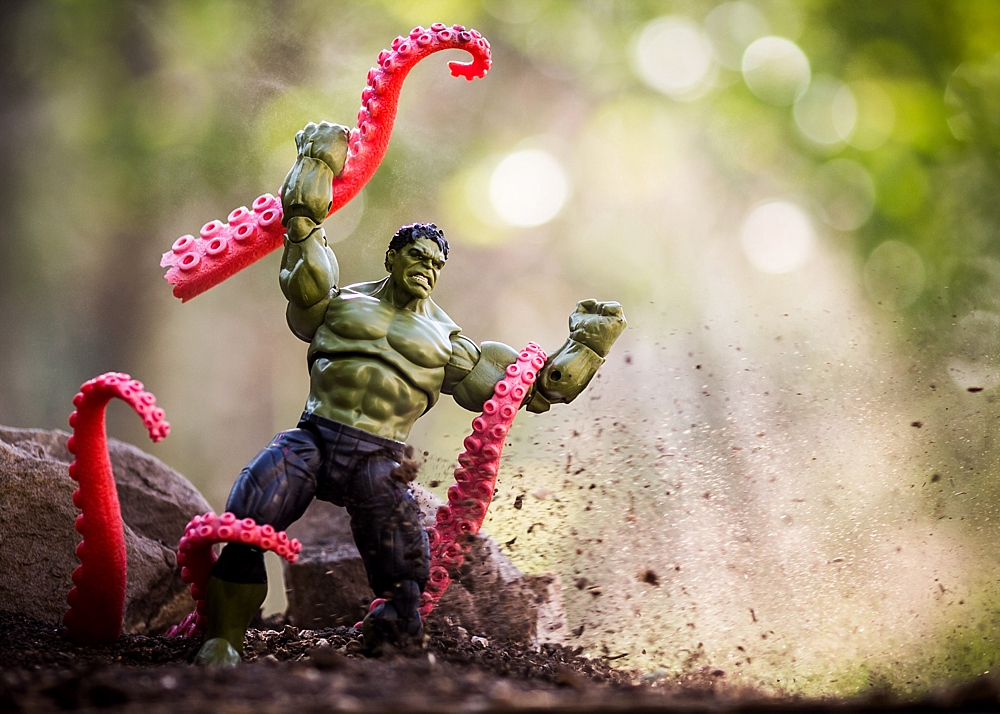 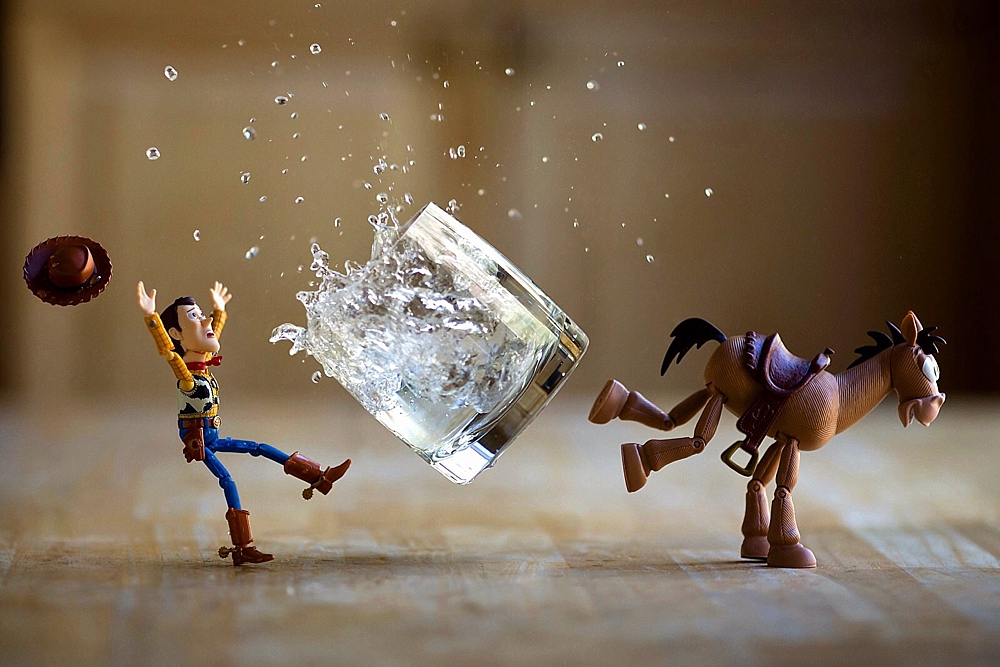 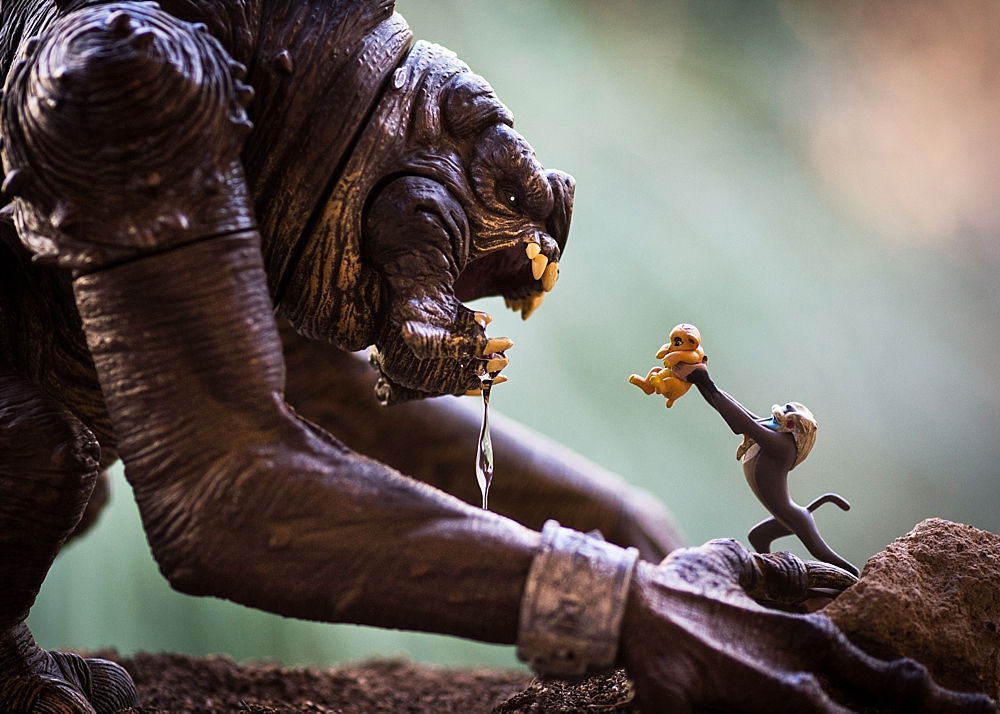 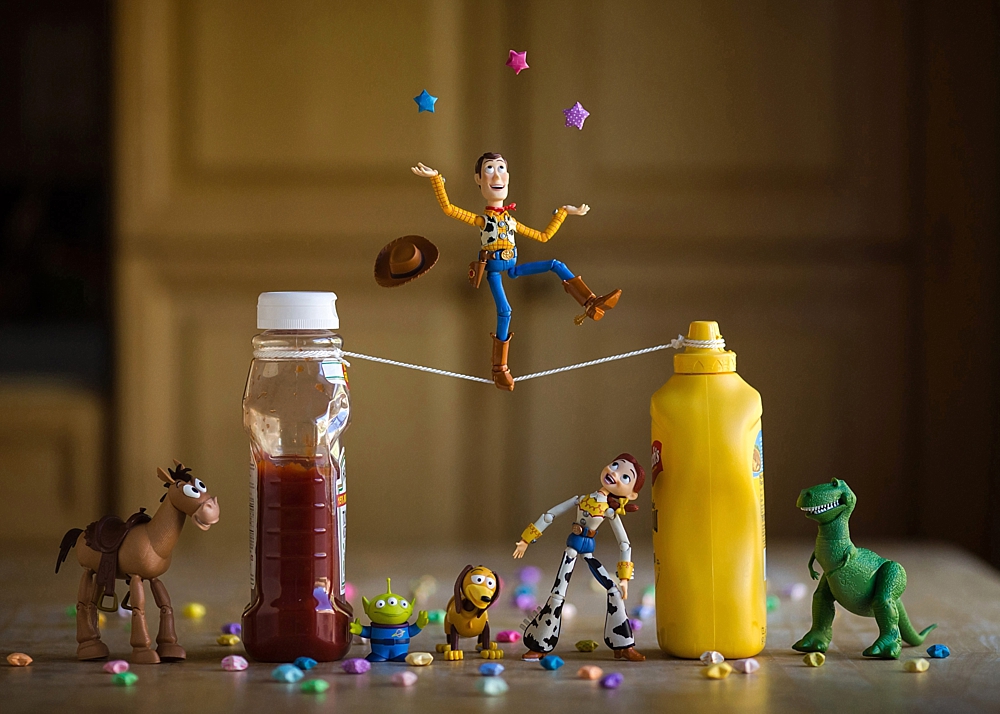 Great idea. The best part is we can get started with minimal equipment.
I love the concept and the vision is huge.
All the best.
Thank you for giving my creativity a boost.
Nicolas

Really neat images that do indeed tell a story. How about depicting a child in the “hundred acre woods” with a toy Pooh, Eyore, Kanga and Roo and a real child. Not just as a takeoff from a popular Milne story, but a creation of a much imagined scene for so many kids. I am not a kid (try late 80’s) but would surely love to see such an image. The toys would have to be well chosen as would Christopher Robin. It would fulfill a lifelong fantasy for me. – Sparky

what scale figure does he use