The Nikon D5: Is it the Last of Its Kind? | Light Stalking

The Nikon D5: Is it the Last of Its Kind?

This sort of question will always stir the emotions of any photographer and whilst we are here, and for the sake of balance we should add that the Canon EOS-1DX II and indeed any other professional DSLRs could have been used in the title. I should also add, that for those with an extreme passion for the DSLR, the answer is no it is not the last of its kind. However, if you have been following the seemingly exponential rise of photographic technology over the last few year you will have noticed two major things. Firstly that DSLR technology seems to be reaching a plateau of what can be achieved with that technology. Secondly that mirrorless technology seems to be nowhere near reaching a plateau. So lets have a look at where the DSLR still reigns supreme and also where mirrorless is chipping away at it’s kingdom. 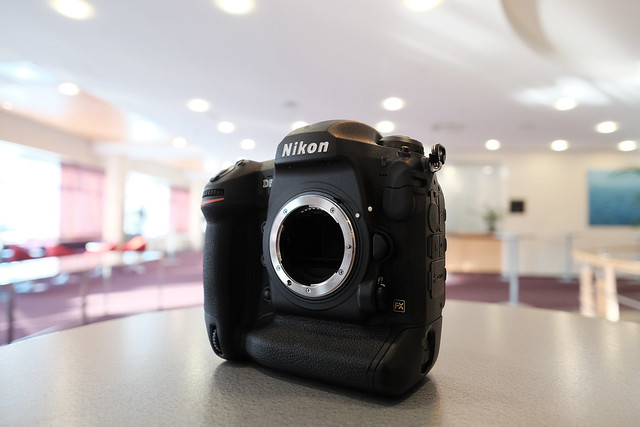 The D5 and it's Canon counterpart are the pinnacle of DSLR technology. By Kārlis Dambrāns

The Current Advantages of Pro DSLRs:
First and foremost is the sheer variety and quality of lenses available. From super wides to extreme telephotos, from f1.2s to perspective control lenses, there is an optic for every type of photography. These lenses are part of a very mature technology born from the days of the film SLR.
Secondly, speed. Not just the ability to shoot 10 frames a second but also lightning fast autofocus and focus tracking. These are vital requirements for the action and wildlife photographer who need to know and trust that their equipment is getting them the shots.
Optical Viewfinders. For some viewing the image through a live, optical viewfinder is the only way to connect with the scene you are photographing.
Range of Accessories. There is a huge range of accessories in the DSLR market from dedicated flashguns to remote controls and infrared triggers.
Existing Market. By this I mean that the DSLR user base is huge and mature. Manufacturers know that by producing new cameras and lenses they are continuing to tie in their customers to their products. Changing brands is an expensive option often with a steep learning curve.

In Lenses and Accessories the DSLR Market is still ahead. By Rob124

So What of the Future?
If you had asked this question two or three years ago, we could well have added many other advantages to the DSLR. Full frame sensors, low light capability, professional quality video to name just a few. The fact is though that, one by one, these advantages are being chipped away by the new technologies. Full frame is no longer a mirrorless pipe dream, Sony have seen to that. The same applies for low light capabilities, sensor technologies such as Fuji’s X-Trans are as good as any APS-S sized DSLRs in low light and by some measures, better. Professional video on DLSR, a preserve once wholly owned by the Canon EOS 5D has significantly shifted towards the Panasonic GH4 with its ability to record ultra high quality 4K. 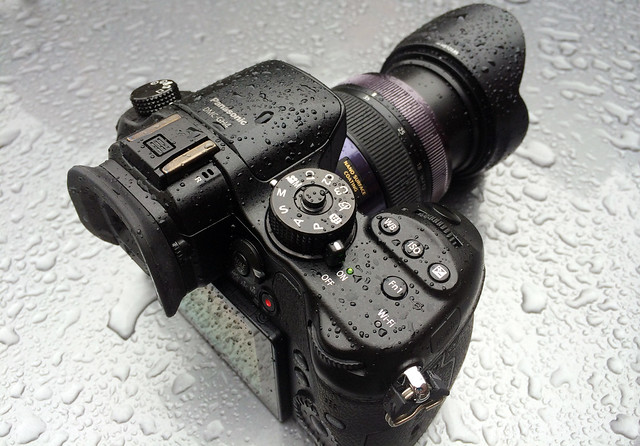 The Panasonic GH4 took big chunks out of the EOS 5D video market. By Dave Dugdale

Over the last year one of the biggest changes we have seen is the rapid expansion of the lens bases for mirrorless. Fast telephotos are on the way, ultra wides and ultra fasts are already here. Focussing speed and accuracy has improved dramatically and now rivals DSLRs.
Perhaps the biggest change though has been the consumer base. By most measures mirrorless camera are outselling DSLRs by a factor of several times. Whilst this is more at the consumer/prosumer level the importance of this cannot be understated. The profits from this upsurge in users will fund research in to newer and better equipment and as this level of the market begins the saturate, the natural progression is for the companies to target the professional market. We have already seen this in Sony’s Alpha 7R II, a 42mp full frame camera with the lens and accessories to back it up. There are few that can deny that this is a professional level camera and aimed at taking a slice of the pro DLSR market. 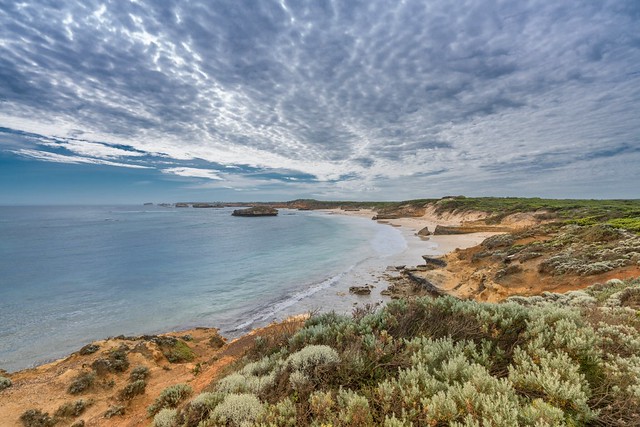 42mp from a mirrorless camera: By Julian Holthaus

The Thread to the Incumbent Manufacturers

The most interesting change in the market though has been the manufacturers. The might of Nikon and Canon is being challenged in way we have not seen for a long time and they are not responding as quickly as they should. Their answer has been to produce the D5 and EOS -1DX II and only devoting a seemingly small percentage of their budget to mirrorless technology. This could be their downfall. In much the same way in the 80s and 90s Kodak believed that because they were the cornerstone of the market, that the market followed them. They failed to understand and capitalise on the emerging technologies of digital photography leading to a point where today they are a shell of a company.

The Last of Its Kind?

So back to the original question. Is the Nikon D5 the last of its kind. The answer is no, but it may be the best of its kind. The production cycle of professional DSLRs is around 4-5 years. Think back to five years ago  and think about mirrorless technology. Most of us wouldn’t even know what mirrorless was, perhaps the term had not even been coined. Now think where mirrorless is today and project that 4-5 years into the future.
We will leave you with this thought. The Nikon F5 was probably the best Nikon professional film camera ever produced. The Nikon F6 was the last professional film camera Nikon ever produced.

Electronic Shutters vs Mechanical Shutters – What Is The Difference?

Photography Flashback: Do You Remember Flashcubes?

Don’t Buy Third Party Camera Batteries Until You Read This

The Best Cameras Ever Built

The Best Film Camera of All Time

Which Camera Lens to Choose

What Makes One Lens Better Than Another?

The Best Printers for Photographers