Some exciting news for the Nikon fans has come out after a recent interview by Japanese newspaper, Nikkan Kogyo Shimbun, with the President of Nikon Mr Kazuo Ushida.  The interview at Newswitch.jp has confirmed that Nikon is working on a unique new professional mirrorless system camera which is currently under development and will be launched soon. The interview is in Japanese.

Here is a screenshot of the quote from the interview, translated using Google translate. 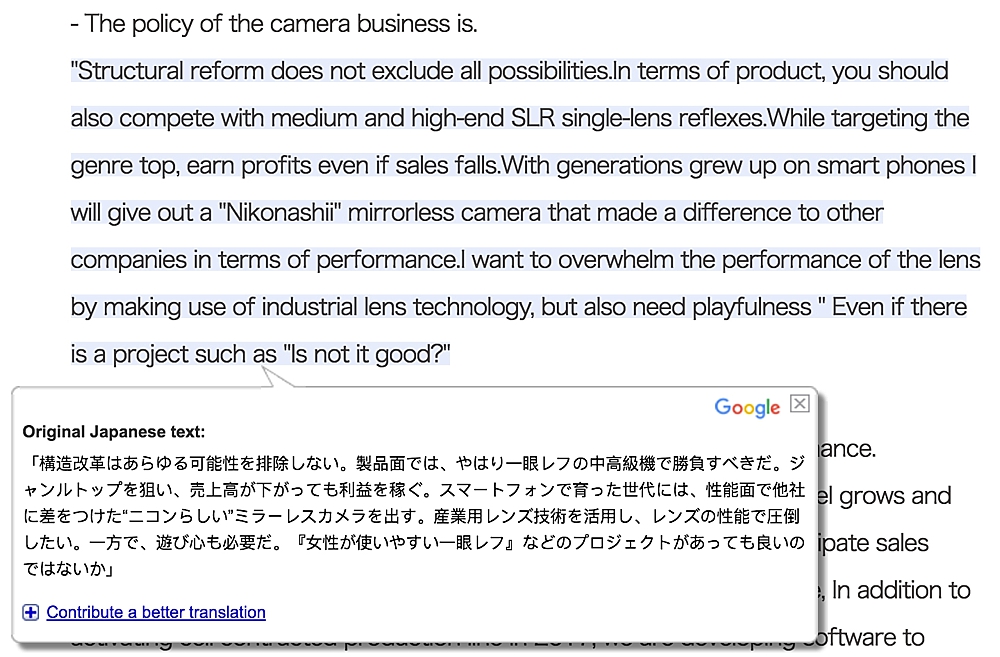 Screenshot of translation from Newswitch.jp

Although the President has not shared many specifics about the camera, he has said that it will beat the performance of their existing mirrorless cameras. For a statement so strong, Nikon purists looking for a mirrorless system might want to hold out to see what Nikon has in store for them.

Can we expect to see or hear about this in two weeks time when Nikon is celebrating their 100th Anniversary on the 25th of July? There are other cameras rumoured to be announced on that day…will the mirrorless be announced too? The 100th anniversary would be great timing to announce a major entry to the mirrorless market.

Looking into Nikon’s 100th anniversary page, it has no information on any products being rumoured on the list of their Anniversary products, but there is usually a “surprise” at such events so let's wait and see.

Mirrorless cameras are not new for Nikon, but then they have not been Nikon’s best products either. They were brought into the market as the Nikon 1 series of cameras, which were a hit for a while at a time when mirrorless cameras were new and exciting, but the 1 series did not stay for long. Its functions were very limiting and they could not handle higher ISOs well. 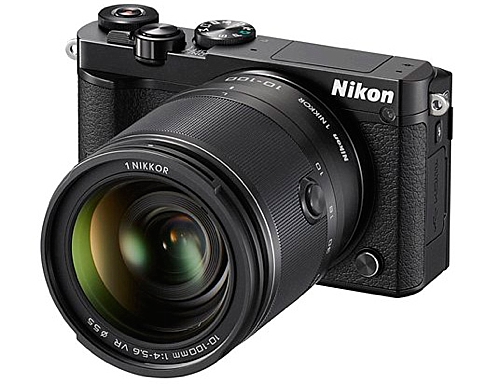 The Nikon 1 system was quietly shutdown in 2016 after trying a few upgrades as it wasn't able to withstand the competitive market for mirrorless cameras.

An important thing to note is that Nikon has always used the F mount unlike other brands, making it easier for long term Nikon users to use their collection of lenses across all their cameras. So if a new mirrorless full frame comes into existence, Nikon users will already have the lenses ready to go with the new body, maybe with an adapter.

What are your thoughts and feelings about this? Do you think a full frame addition to the Nikon family would boost the company’s status in the market? Feel free to share your thoughts on this in the comments section below.

Sony’s release of the a9 is a shot across the bow of both Nikon and Canon, offering ample evidence that mirrorless and professional can co-exist in one body. Nikon is late but has a very strong reputation. It must leap from Sony’s a9 to a position where professionals say “yes, this is what we’re waiting for”. I have a case of Nikon lenses I don’t want to see go to waste.

I have been a loyal Nikon user for over 45 years. I have every Nikkor lens I’ve ever bought except the one stolen and it was replaced. (have every Nikon camera too) I’ve seen many members of our club, and many pros’s we know, change to mirrorless. I’ve said when Nikon comes out with a full frame mirrorless I’ll give it a look. My mirrorless friends told me to not hold my breath. Well, it looks like I might have my chance….