Photography and travel go together like gin and tonic. Everybody wants to take great photographs when they are seeing new places. The problem is that everybody basically has the same idea and many are likely to see many of the same sites and monuments. A lot of photographs tend to turn out very samey and it can get difficult to get a shot that people think is original or the has wow factor. So let's take a look at the things that travel photographers can do to add a little originality to their shots, even if the shot is of a monument that has been photographed a thousand times that day.

The typical postcard shot of any popular feature or monument will be well known to most people. Often it will be a front on shot of the monument taken in even lighting that gives a good idea of what is there, but isn't particularly inspiring. That provides a couple of opportunities for any photographer straight away. (See our article on photographing statues for specific advice on that).

Think About Your Angle – The most obvious opportunity to change things up when shooting a well-known monument is to move your feet. Find a unique vantage point or walk around until you get to a spot. This might be as simple as lying down on the ground to change your angle or you might have to walk miles or climb a nearby hill to find an angle that hasn't been done as often. The options here are obviously only limited by the subject, but the basic idea is to move around (usually away from other photographers). Don't be afraid of looking a little silly by lying down on the ground or getting yourself into strange positions – this is pretty standard fare for photographers searching for new angles!

Another quick and simple thing you can do is to simply tilt your camera up and down to see if there is a more interesting composition. Sometimes including more sky might offer an original take on an old subject (as might excluding sky).

You may have seen the shot below in our photographs of the Colosseum collection. The reason it was chosen is that it stood out from so many other photographs because it shows the monument from a point of view that isn't used very often. That alone gives it the originality that many other shots lack. 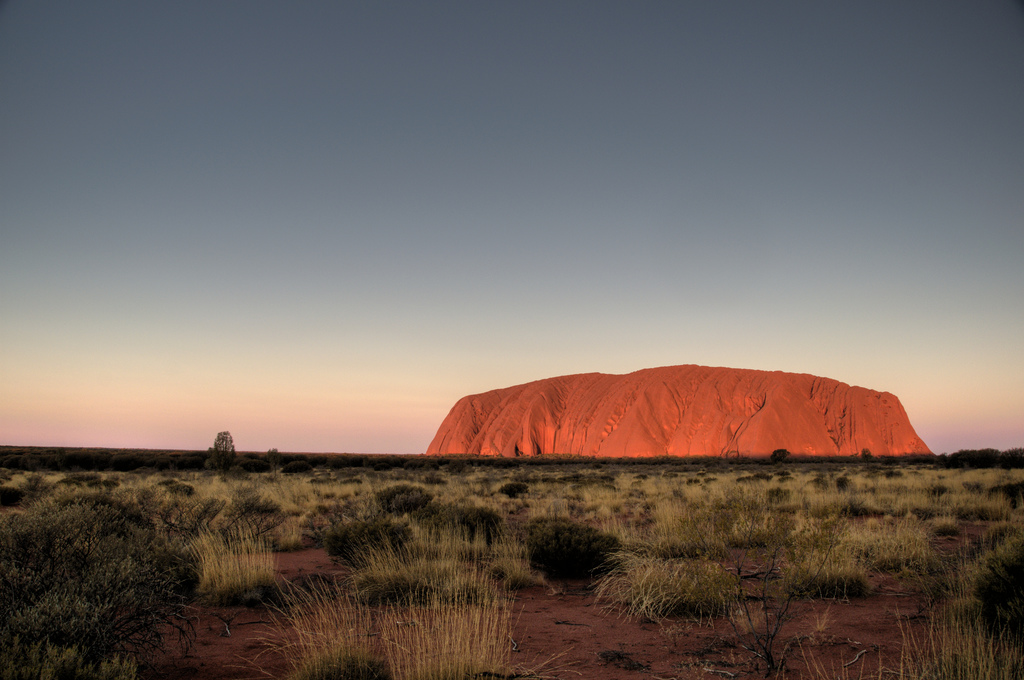 The below photograph of the Eiffel Tower also shows what you can do if you get moving. Taken from several miles away, the shot with the gargoyle in the foreground is one that not many tourists would even think to get.

Get a Detail Shot – In the same vein as moving your feet, simply walking closer to get a close up of part of the monument will often give you an original image. Don't be afraid to choose a specific and interesting part of the subject you are shooting. This might be a head or arm of a statue or a window frame of a building.

The image below shows a detail of the domed ceiling at St Peter's Basilica at the Vatican. By filling the frame with a small but colourful and interesting part of a much larger structure of interest, the photographer has managed to add a lot more originality to his image than many other photographers who photograph St Peters every day.

The photographer took this image below of the Sydney Opera House by getting close and ignoring what everyone else had done when photographing it. It is still very recognisable, but doesn't suffer from being the same as the majority of other photos that are taken of the same building.

Time of Day – The next most obvious thing to do to get a better shot of a popular place or monument is to simply come back at a better time of day when the lighting is more agreeable. We have talked a lot about the Golden Hour before on this site, so simply planning your touring with better timing can result in much better shots.

This relatively standard composition (below) of the Washington Monument is suddenly a lot more interesting due only to the fact that the photographer took it at a time of day when the lighting is much more interesting. The photographer even discusses his thought process in taking an original photo of a subject that has been shot a thousand times before. It's an easy thing to do to come back at a better time, but it's amazing how many people won't.

Time for Artificial Lighting – Moving on from great natural lighting, you can also get great results from photographing popular subjects at time when great artificial lighting is available. This is usually for special events like fireworks or laser shows, but sometimes you can be lucky enough to want to photograph a subject that is lit up nicely at night.

The fireworks in the photograph below make a standard photograph really stand out. Compared with a similar photograph, being able to capture a popular building or monument when there is a fireworks show will make any photo stand out. While it can be an extra hassle to organise your travels around such events, the results can be worth it.

The night time view of the statue of Christ the Redeemer above Rio de Janeiro provides a great opportunity for photographers to capture lighting that many tourists miss.

Often, using a narrow depth of field to isolate a foreground element such as a person, a flower, an animal etc against a famous background can be very effective. Is there any real doubt where this hilarious image from below was taken?

Isolating the subject itself against the background can also be very effective. Again, it's something that isn't done as often as you might think when it comes to well known and oft-photographed objects on your travels and can set your photos apart (especially if combined with a few of the other ideas in this article).

Look for Reflections – In a lot of places it pays to look around for things that might be used to reflect the true object that you wish to photograph. Anything from windows to polished tiles and even puddles can give you a unique way to present a popular subject. While this is a lot easier in modern cities (with lots of glass, steal and tiled architecture) there are also opportunities to employ this tactic elsewhere.

This photograph of the Hannover Rathaus brings together reflections, artificial lighting and shooting at the right time of day to produce a memorable shot that not many other travellers will be able to emulate.

Don't Forget People – A lot of the reason that many folks travel is to meet new and interesting people. While we don't suggest you go around shoving your camera in the face of every local, it's good to remember that new friends can make for great travel photograph subjects. Now whole books have been written on building rapport with people (which usually makes for better photos too), but remember to be polite and ask first, and get to know them a little before you start shooting if you have the time to. Adding people to your photographs can make boring images a lot more interesting and most people don't take the time to do it.

Really, it is only a little bit of thinking and planning that stands between an ordinary or cliched travel shot and something that really stands out. This article covers some of what you can do to make your standard travel shots a little more interesting. Show us what you were able to do with your own travel shots by sharing them in the comments!

Awesome article- couldn’t have said it better myself.

Excellent article, very useful tips. Slightly over excited that I too took the same shot of the Opera House and love the effect 🙂

Thanks for this article, its easy to fall into the “boring photo” slump when you see famous places. As someone who will be traveling to a historic site in 2 weeks, this was helpful and put these ideas in the front of my mind so my photography may be a little more interesting now!