Photography is a peaceful and relaxing, but sometimes solitary, pursuit, yet when photographers meet, whether virtually or in that place they call the real world, there is a good chance that an argument will start. Not the fisticuffs, comedic two guys fighting in the street type of argument, more the verbal, my Dad’s bigger than yours type of sparring. Nearly always this locking of horns is over one of a predictable number of photography’s not so big issues. Today we are going to take a tongue in cheek look at the arguments that consume so much virtual ink in the photographic world.

Round One: Canon v Nikon

For a long time the Canon Nikon battle was the biggest conflict in photography. It started all the way back in the darkroom ages when film cameras roamed the world but has continued deep into the age of noughts and ones. The early days of digital saw the Canonistas take the high ground, their cameras having more megapixels, better low light and most importantly white lenses. The Nikonistas had nothing but build quality and a lens mount that still took 40 year old lenses to fire back with. Things have changed these days with both Nikon and Canon leapfrogging each other with megapixels and low light abilities to the point that its really only those white lenses that separate the two. 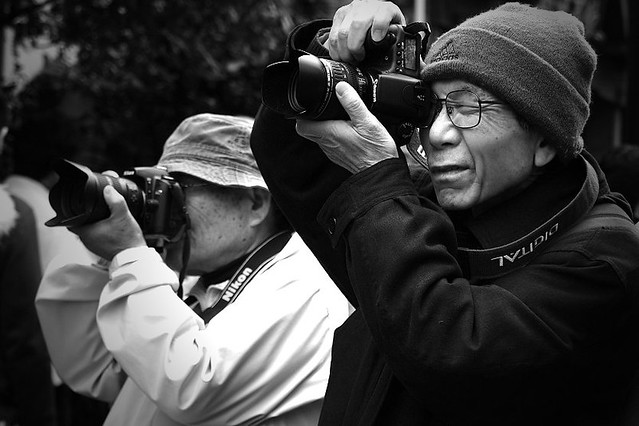 When they stop shooting, these two settle down for an argument – by J3SSL33

A few short years ago National Geographic discovered an unused roll of Kodachrome buried next to the fossilised remains of a Dodo. They immediately took lots of pictures on a digital camera. Film was dead as the proverbial and was not coming back. Or was it? The revival of film was led by none other than that photographic great Mr eBay. When people realised they could buy professional cameras such as Nikon’s F5 for less than the price of a kit lens they flocked to the virtual market place and bought them in abundance. Then discovered no-one sold film anymore. But this little issue would not hold the archaeologists of celluloid at bay for long. They dug deep into the history of imaging, buying up old freezers full of film and even used the new fangled internet to raise Kickstarter funds to restore an old film factory back to production. Film was back, arguments began. A scanned Kodachrome was better than a D4 Raw. Digital was cheaper, film was more fun and so it went on. In reality, film is back, but its more like a Jurassic Park revived from the DNA, sideshow attraction than a technology that is likely to compete with the highly evolved species we call digital. 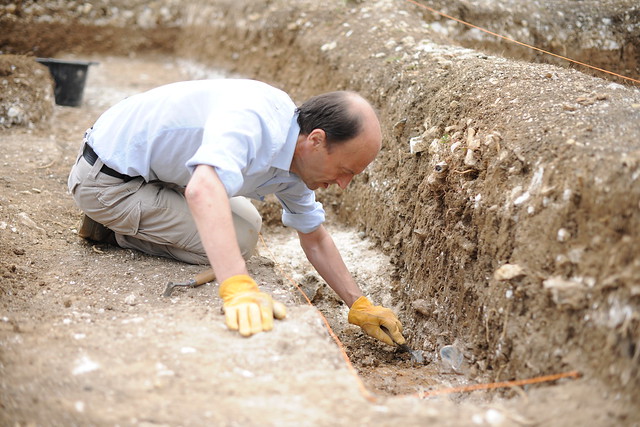 Perhaps the biggest battle on the digital front is the DSLR v Mirrorless argument. A few short years ago DSLR users laughed in the face of the EVIL brigade. EVIL, for the uninitiated is the tortured acronym applied to mirrorless system cameras. It stands for Electronic Viewfinder, Interchangeable Lens and presumably was coined by a person whose camera sported both a mirror and a grudge. The Evilistas had little to counter the arguments of the DSLR users. Slow autofocus, limited lenses and composing with pixels instead of proper light. No contest.

However, what the DSLR users had not considered was that newcomers to photography, those not tainted by the concept of heavy cameras, expensive lenses and mirror slap would choose the smaller, lighter cameras. DSLR sales dropped, mirrorless increased and in doing so, started both a new technological race and provided photographers a new topic to argue over. 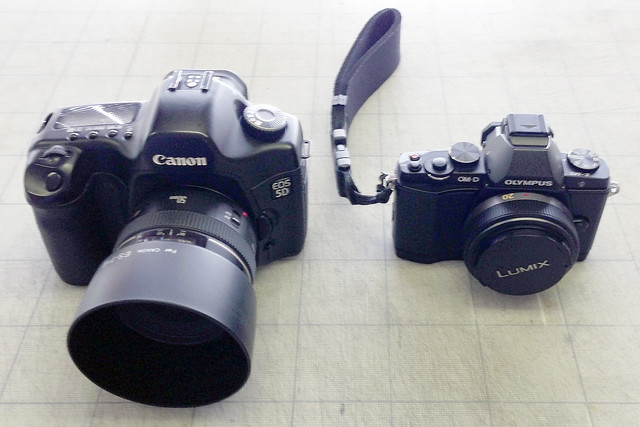 Meanwhile out of shot, an argument rages, by brett jordan

Result: Mirrorless on points (based on the direction of the sales graphs)

Always a fun argument this. Full frame was, in the beginning, seen as elitist. Mainly because only photographers that made a lot of money or had come into a substantial inheritance could afford them. Technology moves on, prices drop but attitudes stay the same. Full frame, these days is used by a high percentage of enthusiast photographers but remains, to some elitist. In the red corner, the full framers argue passionately about shallower depth of field then use slow kit lenses because they have blown all their wedge on the camera. In the blue corner, the croppies argue that  lighter cameras are better, then complain about a bad back due to carry a tripod all day to counter the noise from their small sensors. Meanwhile the micro four thirds brigade sit quietly in a third corner armed with a 200mm lens that is really 400mm because of the 2x crop factor. Wide angles are rarely mentioned. 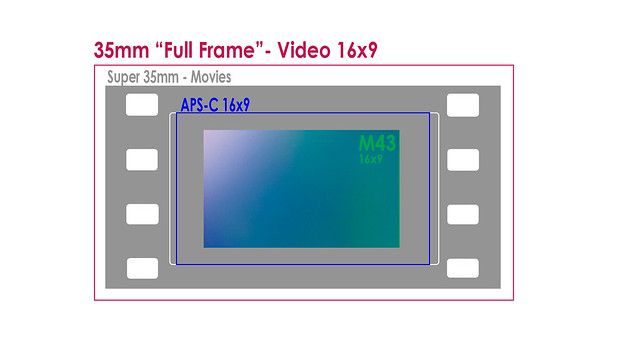 A simple diagram to ignite an argument, by Dave Dugdale

Whilst I might write this with my tongue firmly in cheek, a quick trawl through any of the popular photographic forums will reveal these arguments and others in abundance. However, the more comforting fact is that whilst these banal battles carry on from the safely of a sofa and a keyboard, real photographers like you and I are out taking stunning images on film, digital, Canons, Nikons, DSLRs and mirrorless cameras. The moral of this is simple. Keep Calm and take more Photos.

Great article. Personally never go there. I just give bland answers to anyone one asks.
Best wishes from Bali

We all know Nikon is best 😉

A wise old photographer once said that the best camera was the one that you had with you at the time. you needed it.

I am using a compact system camera. Can’t even put any filter.