In the days of film, photography was regarded as an expensive hobby – on top of the cost of cameras, lenses and other assorted pieces of equipment, there was the cost of buying film, processing and printing. It all added up. Digital photography does not seem to attract this stigma, mainly because you no longer need to buy film and you only print what you want to print.

However, if you start to look at it in a little more detail, you will find that it still remains an expensive hobby. When you bought a film camera, assuming you bought a decent brand, it would last you 10-20 years. There was no change in image quality because that was dictated by the film which was a few dollars a roll. In the digital era, there is a relentless march towards better, higher resolutions sensors and increasing amounts of features and modes. There is a pressure on photographers, brought on partly by the camera manufacturers and partly by peers, to always have the latest and greatest camera in the hope that it will improve your image quality. That pressure leads to some photographers renewing their kit every 2-3 years not every 10. 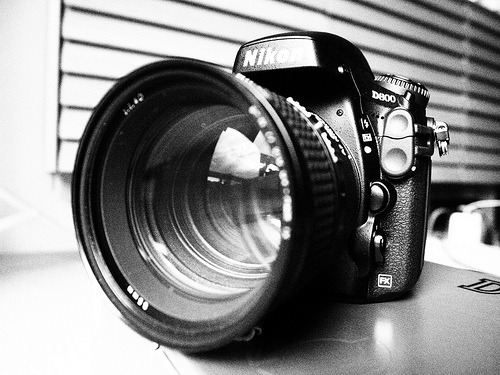 State of the art but not cheap – by You Never Try, You Never Know, on Flickr

Recently I wrote an article about stepping up to a higher end camera, perhaps I should have done a little more research into what lower end cameras offer these days. There were many comments regarding the fact that, many of the things I had mentioned, were in fact present on even the cheapest DSLRs. Having worked with professional Nikons for most of my photographic life from the F4 through the F100, D200, D2X and D3 I had made  an assumption that lower end cameras lacked a lot of features of high end cameras. I was wrong.

Based on the comments received, I started to evaluate my own photographic needs. I had a D3, a D200 and several pro lenses. I compared the features that the D3 had to Nikon’s D5100 and found there was, for my style of photography, very little missing in the D5100 that would cause me a problem. I also found that it had excellent low light capabilities – not as good as the D3 but still very acceptable and it had full 1080p video with a flip out screen that made video work much, much easier. In terms of normal photography the image quality was not far short or, if not on a par with the D3 and it had an extra 4 mega pixels. 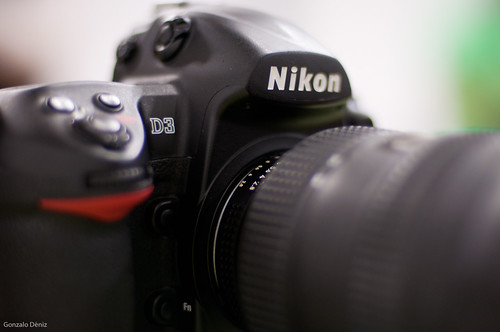 The D3, how much do I really need it? Nikon D3 by Gonzalo Déniz, on Flickr

With this in mind I started to look at the cost element. My D3, in the time I had it, had devalued by about 60% – ok I had made money from it but a 60% drop in value from such a large initial investment, is certainly something to be concerned about. Looking at the D5100 I realized that this too would drop 60-70% over its lifetime but from a much lower starting price. By buying a D5100, I would still be able to take all the images that my particular style of photography dictates, and as I already had a good investment in the pro lenses there would be no sacrifice to image quality. I would also be able to sell stock video as well as stock photography. With the price of a D5100 body being so reasonable I can update my kit on a regular basis as technology improves or as the camera starts to get old. 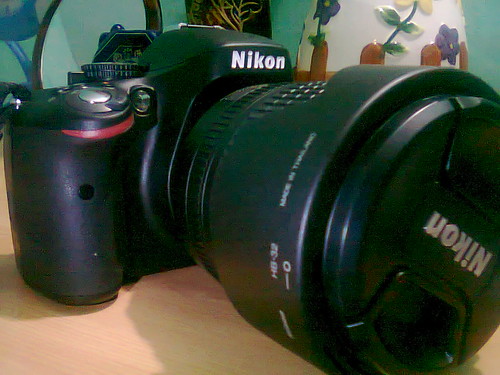 So based on all this, I sold the D3 and bought the D5100 and it has been a revelation. Yes there are certain things, I miss – the big bright viewfinder, the weather sealing etc but these are countered by things I didn't realize would find useful. My 14-24 has now become a 21-35 and gets much more use, 21mm is a much easier focal length to work with. The top end of my 70-300 is now 450mm giving me closer crops on wildlife. Most of all and most surprising to me is the flip out screen. Taking low level shots on a tripod with the D3 meant getting down low, often onto my injured knee. With the D5100 I can mount the camera as low as I want, flip out the lovely 3 inch screen and compose standing up, making me more relaxed and creative.

Whilst I appreciate downsizing may not be to everybody’s taste, but, in this age of austerity, it is good to know that you can buy a lower end camera and still maintain the quality of it’s more expensive kin.

I recently upgraded from a D3100 to a D7000 (refurbished) for one reason – flash compensation. If not for that I would have been more than happy to stay with my D3100. Now I am a bit of a glass snob and I will continue to get the best lenses although I am keeping an 18mm-105mm kit lens. My daughter has a D5000 that we got her for her photography for study abroad and she has had it for 2.5 years and is quite happy with it. While it is nice to have the fanciest body it is still the skill of the human behind the camera that makes a great photo.

I have the D3100 and it has flash compensation.

Pet peeves are no auto-bracketing and inconsistent exposure in live view mode, but otherwise it’s a great camera.

Funny…I did exactly the same!!! I’ve read what I thought one month ago, written by someone else!

I shoot film and digital, my Digital bodies are a Leica M9 and a Canon 7D. The 7D now sells new for half what it did when I bought it. The M9 has lost 50% of its original value too. It’s not so bad with the Canon, but really, a Leica MP will last 100 years, so the cost is irrelevant, an M9 will last maybe 6. That’s nearly £1000 per year in body cost. The M240 should really cost half what it sells for now.

I had a D3 till recently. I loved it when I had it. I moved it on and now have a NEX 7. I know it doesn’t look as pro, but I haven’t look back, and I get much more use out of the smaller form factor & superb results.. Whatever works, I say…

I have been shooting with a D700 for over 4.5 yrs. I also have pro grade glass. At this point in time, it feels like an extension of me. I am completely happy with the quality of my photographs. I can see no reason to change up or down. My choice is to not even think about cameras.

It is interesting, as I am trying to downsize even more. Just because I like to have a camera always in my pocket, a DSLR doesn’t. I am using the Sony RX100II compact camera with DSLR functionality and quality that does have 90% of all the features in a camera that I need. If you think that this one is not having a good quality? Check my page, as there are numerous pictures shown, all taken by this camera. Sometimes, I could capture a nice shot, because I could shoot spontaneously.

You might consider this model for your next downsizing 🙂

I upgraded from a Nikon D50 to a Nikon D7000 in 2011. Both cameras have APS-C sensors. The D7000 has auto-bracketing, which I have used extensively for HDR work. I am still learning all of the things it can do, so I do not think I need to upgrade for awhile. I have consumer grade lenses, and I am thinking I will upgrade to pro grade lenses before buying a new body.

I’m 78 having used a Cannon 7D + two pro lens set ups f2.8 + 2XIII extender for five years. I have a friend who always upgrades to the newest and best in his professional opinion. I can nearly always see improvements which may be new equipment or maybe it’s the eight inches behind the body of the camera with renewed attention to what makes that camera good. I can never honestly justify upgrades because what I have will outlive me three times over. I still have a wish bucket like an 85 F 1.4 prime.

I had a pocket camera with 20x zoom (Panasonic DMC ZS19) in my pocket all the time, but I upgraded to a Nikon D3100 half a year ago. It is tough to adjust. I miss the panoramic and HDR modes of the camera, especially long zoom (24-480 mm).

The small sensor, lack of shooting raw and external flash are the major reasons to “upgrade”. I am thinking to buy Canon GX 1 Mark 2. What do you think??

I did this some while ago. I use film regularly with a Canon AE1 from circa 1972 (bought used then) and also a Canon EOS 3 from circa 1999. Both cameras work as well today as they did when I first got them. As mentioned above, the image quality is still 100% as they are dependent on film. They have paid for them selves so many times I lost count. The cost of film and developing I have found is cheaper than the cost and loss of value in digital cameras, which are worth almost nothing after five years. Image quality is ultimately better with film and being a time served 45 year plus professional photographer I do not need all the bells and whistles that come with a digital camera. I learned how to take photographs the proper way and understand all there is in using a camera on full manual. I am looking for a digital camera at the moment for very specific work and from research won’t have to pay much money for it.