For most people, the initial foray into getting serious about photography involves getting a lower end “prosumer” DSLR camera with a kit lens. The images produced by such a setup can be extremely good and there is nothing wrong with sticking with that gear. Some photographers, however, might start to wonder what else in out there in lens land and many will start to contemplate lenses with different focal lengths and other will consider a prime lens. Let's take a look at why you would consider the prime lens option. 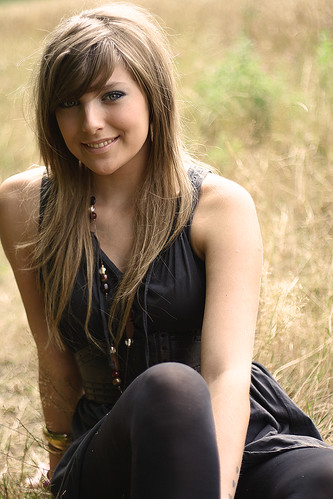 What is a Prime Lens?

Quite simply, a prime lens is simply a lens with a fixed focal length. Sometimes they're called “Primary Focal Length” or “Fixed Focal Length” lenses.

Note: Sometime's there's a little confusion as the term “Prime Lens” can be used to refer to the primary lens in a combination lens system. For this article we'll be talking about them in their fixed focal length meaning.

What Are the Advantages of a Prime Lens?

A prime lens can be great for a lot of reasons. For starters, the optical performance of prime lenses is usually a lot better than zooms as they are built to specialise in their single field of view. That means that they most often have a much wider maximum aperture setting than other lenses. This makes them perfect for shooting in lower light situations (bars, clubs, concerts) and also for getting a limited depth of field (great for portraits for example). The fact that you can open up the aperture so far also means you don't have to resort to flash as much.

The other big advantage is that prime lenses are usually smaller and lighter than zooms, which can mean a lot to those of us who like to shoot for extended periods and sometimes get weighed down by our gear. 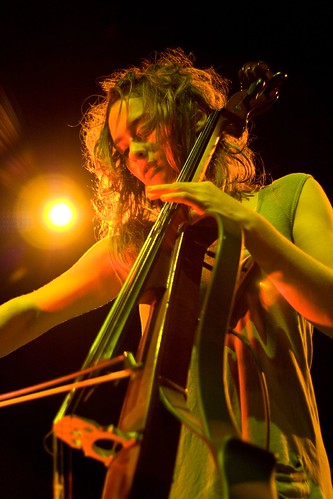 What Are the Disadvantages of Prime Lenses

Basically prime lenses are not as versatile as zooms. You have to use your feet (ie move your shooting position) in order to get the exact image crop that you want. This isn't necessarily a bad thing (in fact it's good to practice composition with your feet rather than lens or in post production), but in certain situations it can be an irritation. Other than that, there isn't a lot of downside to primes.

What Prime Should I Get?

This really depends on what you plan to be shooting.

Traditionally, on film cameras the 50mm prime lens held pride of place as it was the lens that most approximated the field of view of human vision. With the advent of cropped sensor DSLR cameras the 35mm focal length prime lens is the standard for that. 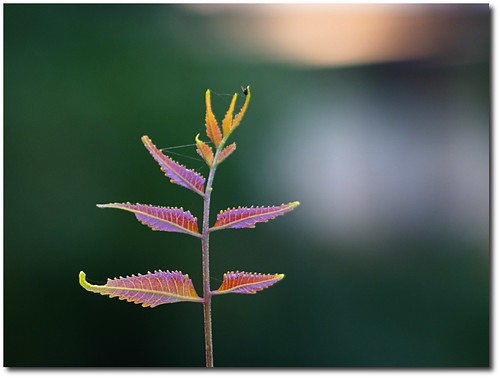 As a general guide, look back though your images taken with your zooms or kit lenses and look at what focal lengths you used for the majority of your images. That will probably be a good place to start for looking for a fixed focal length lens.

I got a zoom lens and notice exactly what did you say about portrait. Will rent one prime lens and see how it goes. I do not want to committed the same mistake twice and rent is definitely the best option before spend a lot of money and do not have what you are looking for. I will try f/1.4 and f/1.8. What do you think the difference is huge if you are considering portraits? Thanks good post.

I’m a true fan of prime lenses, specially for street photography. They light, small and faster than the 1500$ f2.8 zoom lenses.
This set was shot almost exclusively with prime lenses (24mm, 50mm and 80mm)

You should be aware that choosing a prime lens should be dictated by the need. If you need to take portraits with a 16mm prime it will introduce horrible facial distortion, especially if the figure is off-centre by any degree. A 300mm zoom may be useless for landscape photography (unless you want to see a detail at a distance).

The 50mm focal length approximating the human eye is a myth and regardless only applies to full-frame SLRs. See here: http://hypertextbook.com/facts/2002/JuliaKhutoretskaya.shtml

However, the brain is a wonderful thing and compensates in a way a camera can’t.

Reviewing my images of people against what I think I see, I’d say 60mm is closer for me.

And the Canon 50mm f/1.4 is gold – I used it almost exclusively for years such that it was effectively welded on to the body. And put it on a cropped sensor and, voila, you have the perfect portrait match.

The f/1.2 has such a shallow DoF it’s all but useless for what I like to make photos of.

The f/1.8 in my view is junk and its slightly cheaper price doesn’t justify it against the f/1.4 in my experience.

prime lenses completely changed my photography. Love the 50 for gorgeous detail shots, and the 85 for individual portraits. Love primes!

Great article! Really helped me in my search for a lens

A friend asked me a similar question the other day. Here’s my blog post on the matter:

Starting out: Which lens is best for me?

To expand a little, zooms have to make compromises to achieve acceptable performance at all focal lengths in its range. A prime lens is engineered to get the best performance for its one and only job. However, they also are dependent on pricing. The Canon 50mm f/1.8 is very low quality in order to get to the low price. A lot of plastic in its construction and fewer blades on its aperture than the higher priced options. This is one case where you really “get what you pay for”. If you are doing portraits, a prime is great for getting the most from your setup. Especially if you get into the higher end lenses.

Very helpful article! Thanks! I love my Canon 50mm 1.8. Now I know I need a 300mm to shoot my grandchildren in their sports and dance activities. If only money grew on trees!

i sold the 15mm though it was sharp because it was just too wide and i needed the cash. from that sale(and a little more cash) i got a nikon 50mm f1.8, nikon 28mm f2.8, and nikon 18-70mm. i’ve only kept the 28mm as its the perfect lens to have on an cropped body when travelling light, the other 2 lenses have been sold/replaced. i’ve kept the 105mm even if i rarely use it because the price was such a bargain for its sharpness.

I bought a 35mm prime about two months ago and have yet to take it off my camera…..i get beautiful crisp focus every time….

It should be noted here hat the company best at prime lenses is Pentax.

Love primes. My Sigma 85 1.4 gets regular use, especially on engagement shoots. It’s not an easy lens to use wide open but with a bit of discipline the results are gorgeous.

One great use of zoom lenses is for wedding and event photography where the action happens fast and zooming is helpful. A 24-70 and 70-200 are good to use on separate bodies.