Let’s face facts here, telephoto lenses are not cheap. In fact very long telephoto lenses of 300mm and above can be hideously expensive. The problem is, for a lot of types of photography, we need a good telephoto to get close to the action. You average wild deer is not going to allow you to walk up to it with an 85mm f1.4 and start taking its portrait. At 300mm, even on an APS-C sensor camera you might struggle to fill the frame with the whole animal, let alone a head shot.

So what if you need to get close to a subject but have neither the budget nor the long term need for a super telephoto? There is an answer. As with many things in photography it is a compromise, but used well it is more than capable of giving excellent results. Welcome to the tele-convertor.

A Tele-convertor is basically an adapter with lens elements that attaches to the mount of your camera. You then attach the camera lens to the front of the tele-convertor. The secret to its use is in those lens elements. They magnify the image coming through the lens, effectively multiplying the the focal length of that lens.

Also known as extenders, they are typically described by the figures 1.4X and 2X. These are the amounts by which the extender increases the focal length of your lens. So for example if you were to attach a 1.4X extender to a 200mm lens, that lens will now become the equivalent of a 280mm telephoto. Add a 2X convertor to that same 200mm and it becomes a 400mm. 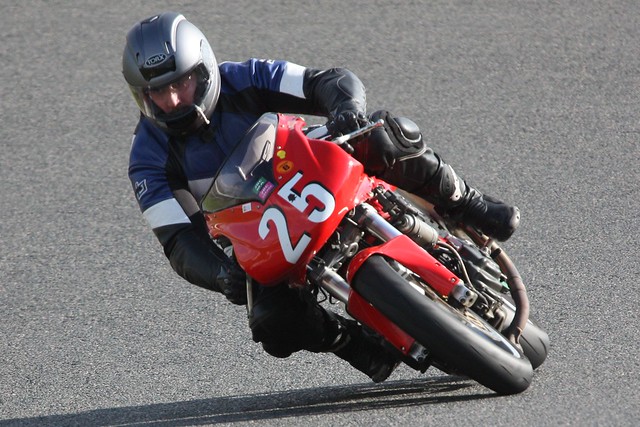 A 1.4X Convertor has allowed this photographer to get closer to the action, by bibi95

So what’s the catch?

As we said at the top, a tele-convertor will always be a compromise. There are two fairly big compromises at play here. Firstly, you are reducing your maximum aperture – in fact you are reducing all your apertures. What I mean by this is that sticking an extra bunch of lens elements between your nice expensive telephoto and your nice expensive camera, cuts out a whole lot of light. Conveniently the amount of light it cuts out is equivalent to the amount of magnification you gain. So if you are using a 1.4X convertor, the aperture becomes 1.4X smaller than without the convertor.. Similarly a 2x convertor will cut out two stops of light. So if the maximum aperture of your 200mm lens is f2.8, putting a 2x extender on it will render its maximum aperture as f5.6, two stops difference. This is a serious consideration in low light conditions or when you need to use a fast shutter speed.

The other compromise of course is image quality. That bunch of elements not only cuts down the light but also the image quality. Again the 1.4X will reduce quality less than a 2x. Nikonistas will also like to know that Nikon produce a 1.7X extender. Conversely, the better the quality of the original lens, the less reduction in image quality. The loss of quality is not uniform across all apertures and you will find that a particular extender will have a sweet spot, where the aperture and suitably fast shutter speed will give great results.

A comparison shot using a Canon 70-200 with and without a 1.4x extender, by Tate Nations

So Why Would I Use One?

First and foremost, they are cheap. Whilst a 400mm lens is going to set you back several thousand, if you own, for example a 70-210 or 70-300 zoom, a couple of hundred dollars will double your focal length.

Secondly, they are very light. Rather than pack a whole range of lenses, you can pack a decent telephoto zoom and a convertor to extend the focal length of that single lens. Even if you shoot only primes, you can effectively double the number of lenses in your kit bag by carrying an extender. 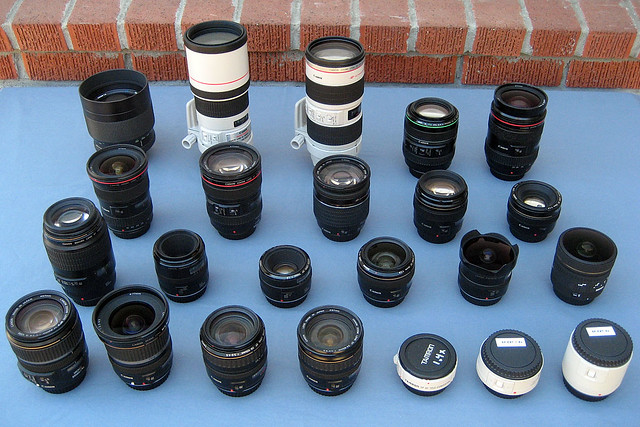 A good quality convertor can reduce the number of lenses you need to carry, by Elliot, on Flickr

Can I Use them on all my Lenses?

No. They are very unlikely to work on wide angles and speciality lenses such as shift/tilt or mirror lenses. In fact even some standard telephoto lenses may not work, it all depends on the design of that lens. Most lens manufacturers provide a chart of which lenses can and cannot be used in connection with an extender, so it's well worth checking out before purchasing.

The major camera manufacturers of course. Nikon, Canon Pentax et al. The third party lens manufacturers such as Sigma and Tamron also make them as well as a few other less known companies more associated with filters. Original manufacturer extenders will most likely provide the best quality and most compatibility with your lenses but with the downside of cost. The independents will vary in quality from very good to poor. Research is the key here, check out reviews, forums and of course compatibility.

Tele convertors are ideal for people who need longer focal lengths at a budget, prime users that want to extend their kit bags and people that need to get in tighter on their subject but cannot move closer. If you understand the caveats, the loss of aperture and its associated problems and the reduction of image quality, you will find a tele-convertor may well be a useful addition to your kit bag.

Hi, thanks for your post. I’ve been thinking about a teleconverter for some time now and I’ve been comparing Nikon and non-Nikon brands (Tamron, Sigma, Kenko, etc). One point of correction I wanted to offer is that the Nikon TC has a very short compatibility list. Check their website.

I found that the Kenko 1.4 is much more accommodating, with some caveats. It was still designed for telephoto a with a max aperture of F/4, which means fairly expensive lenses. Though it will work with a wider variety but your quality may suffer, you will lose autofocus, and you will probably get incorrect EXIF data recorded.

Just thought I would share what I’ve come across.

Would be cool to also see a post on achromatic diopters, too. =)