About the Talented Tom Jacobi

Tom Jacobi was born in 1956 in Bonn (Germany) and started photographing when he was 15 years old. After a short escapade studying law, he became a photographer for the renowned news agency “Sven Simon” at the age of twenty.

A year later Tom was hired by the famous “Stern” magazine, being its youngest staff photographer ever.

He stayed with Stern for nine years, winning many prizes for his creative work and being appointed as a member of the German Art Directors Club. He left the magazine in 1986 to work as a freelance photographer in the field of fashion, celebrities and advertising.

Between 2000 and 2008 Tom returned to Stern as its Creative Director.

His last photographic oeuvre before joining Stern was called “Where God Resides,” a two-year journey around the world, capturing the beauty and spirit of sacred sites. The project was shown in several exhibitions all over Europe, accompanied by a bestselling book.

In 2014 he started the work on his latest project “Grey Matter(s).” In 2016 he was awarded “Photographer of the Year” at the Moscow International Foto Awards.

The project GREY MATTER(S) was shown at: 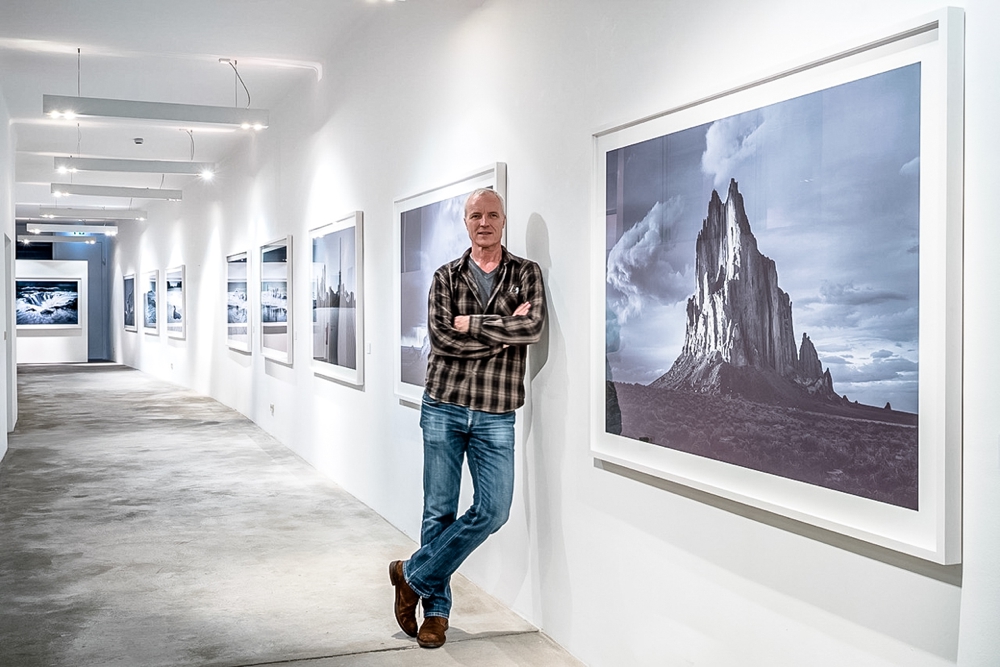 About the Grey Matters Project

Tom tells us about how this project on “Grey Matters” started.

During his journey around the world, visiting sacred sites and capturing their beauty, Tom experienced unusual things and narrates his experiences himself. This is what Tom has to say:

“When I opened my eyes in the tiny monk’s cell, the world around me was dark gray. It was five in the morning and the sounds that found their way into my subconscious mind were unfamiliar. Half asleep, half listening, I tried to make sense of what was going on outside the ramshackle door of my chamber.

I was a guest at St Catherine’s Monastery at the foot of Mount Sinai, where Moses is said to have received the Ten Commandments.

The work on my project “Where God Resides” had brought me to this rocky wasteland. In the gray light of dawn, some two dozen monks were scurrying along the passageways and across courtyards to their devotions in the candle-lit basilica.

The soft glow of those candles drove out the darkness and bathed the sacred walls of Christendom’s oldest monastery in golden light.

The world from sunset to sunrise has fascinated humans since time immemorial. Ever since bipedal beings appeared on the scene in the twilight of prehistoric obscurity, darkness has been part of their history.

Anyone who in some way contributed to our religious writings and traditions was clearly convinced that the most important events had to take place in the gray of night.

Legend has it that Muhammad saw the angel Gabriel in his sleep; Buddha became enlightened in the gray light of dawn while sitting under the Bodhi tree; Jesus Christ was born at night and resurrected in the darkness of what is now the Easter Eve.

And he wore gray clothes, the color of undyed wool, the clothing of peasants and the poor.” 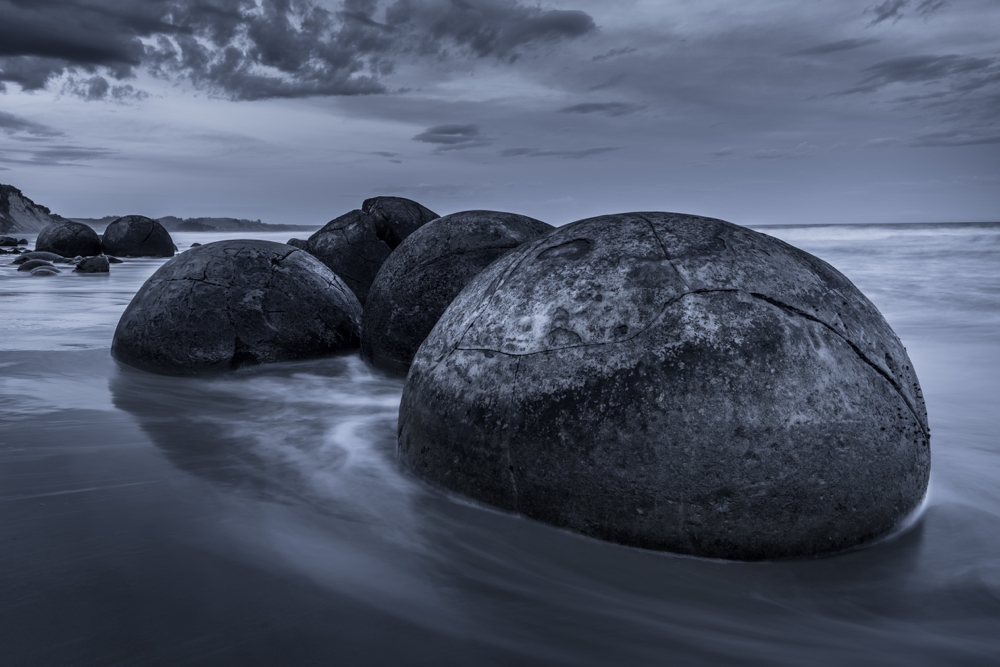 “All Year Round”, New Zealand – Image by Tom Jacobi 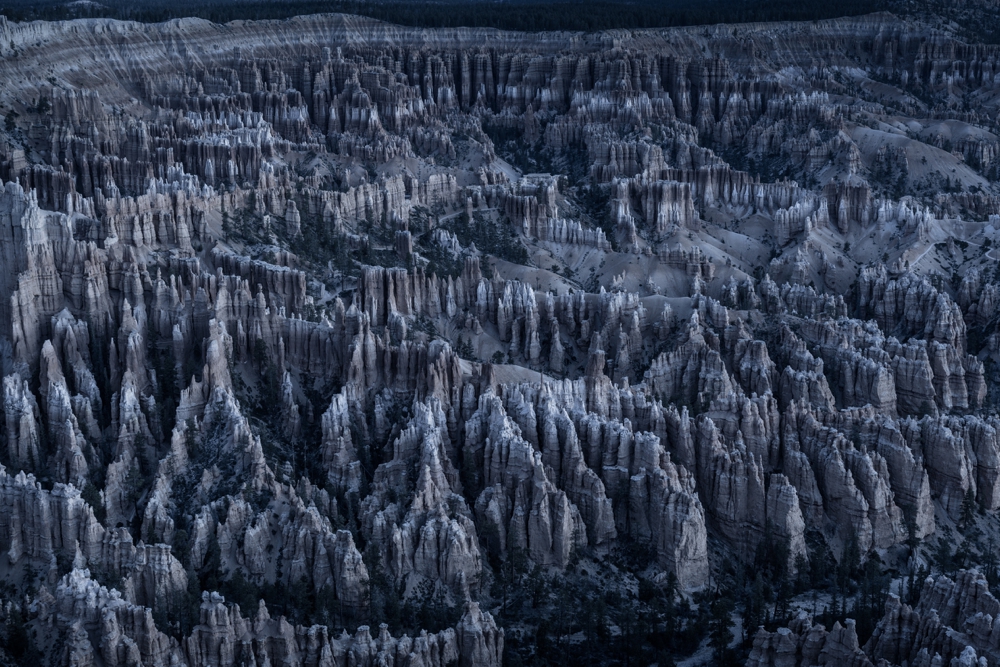 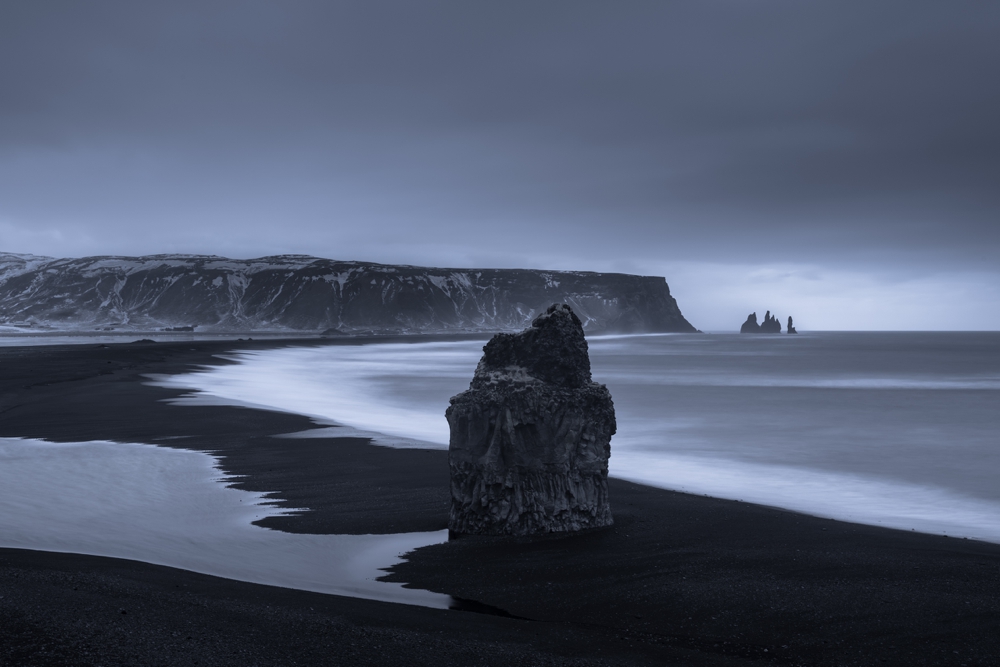 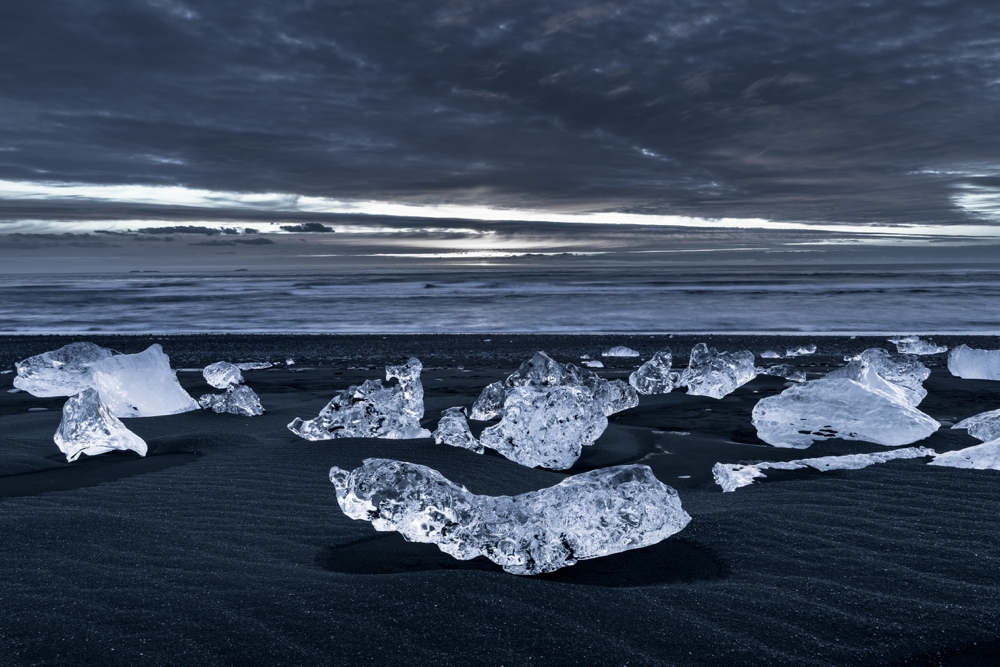 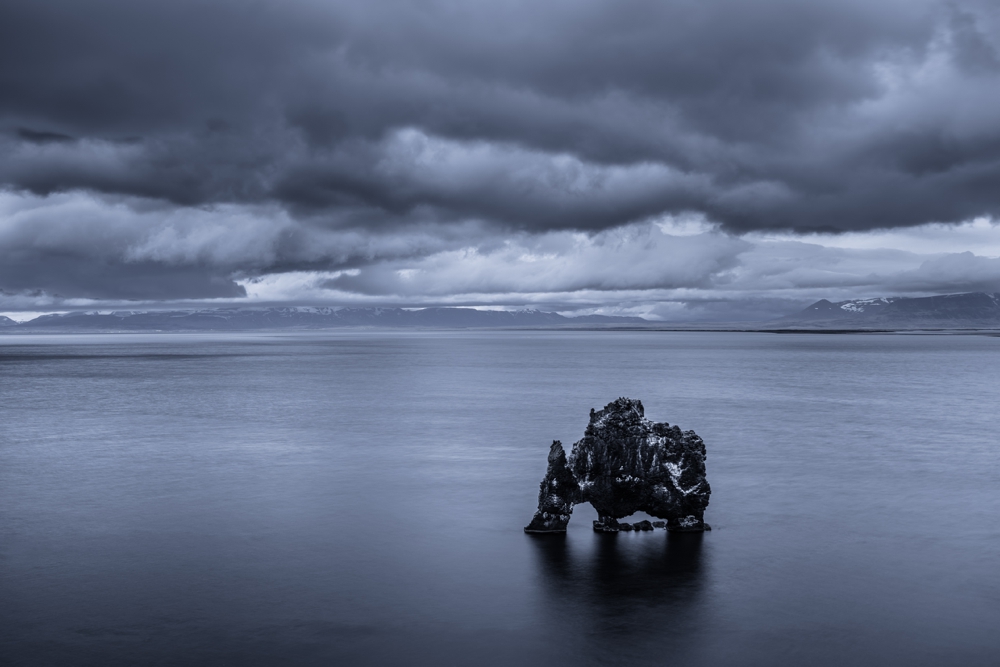 Tom's view is that “GREY IS MYSTICAL.” And so he continues to say,

“For the project “Where God Resides,” I took photographs in monasteries, churches and temples all over the world. Irrespective of which God or Prophet was being worshiped, the first prayers flew heavenwards in the gray light of dawn.

That got me wondering:

We humans love the sun and are always thought to have yearned for light. Yet prayers are mostly said in the dark.

We may well strive for light, but are we possibly, in fact, children of the twilight, a colorless world in which everything is gray?

I didn’t answer that question then; it was probably not the right time. But that was when everything began. The idea of a “gray world” nestled its way into my brain and then laid itself to rest.

Years later, in February 2014, I traveled by ship to the Antarctica with some friends. It was a dream come true. I had seen and read so much about the Antarctic and was, at last, on my way to that inhospitable place so often referred to as the “blue-white continent”.

Reality, however, proved rather different.

That icy continent was indeed blue-white – the color of serviettes in a Bavarian beer cellar – but only when the sun gained the upper hand.

Most of the time, though, a permanently changing cloud cover ensued, the Antarctic presented itself in all possible shades of gray. Yet it wasn’t at all dreary; it was simply beautiful. No color was screaming for attention or calling out: “Hey, you over there, look at me!”

That gray landscape radiated unbelievable energy and meditative calm. I was at one with everything around me.” 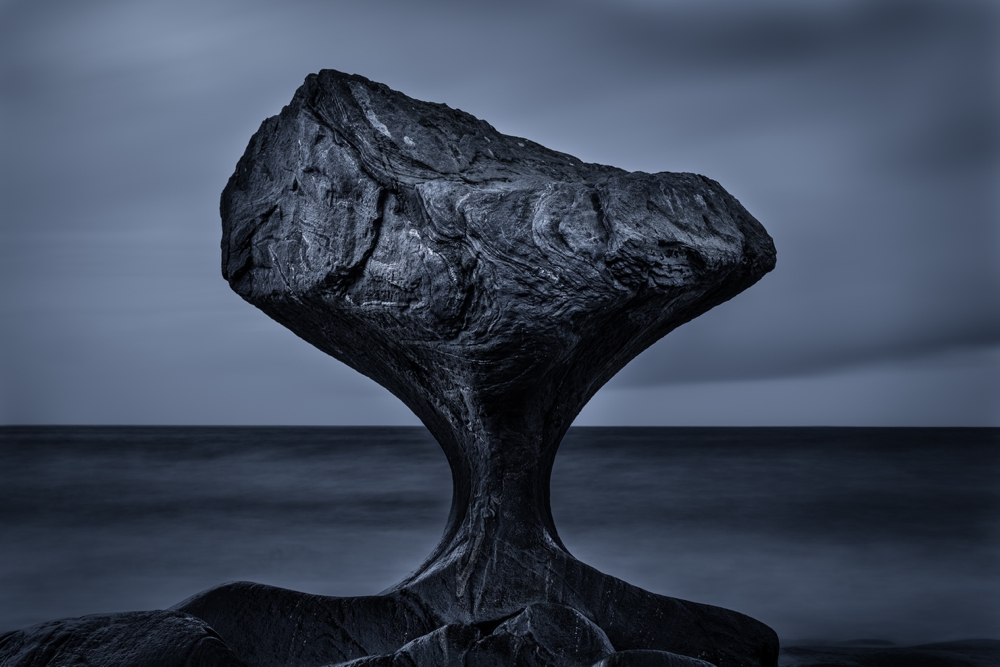 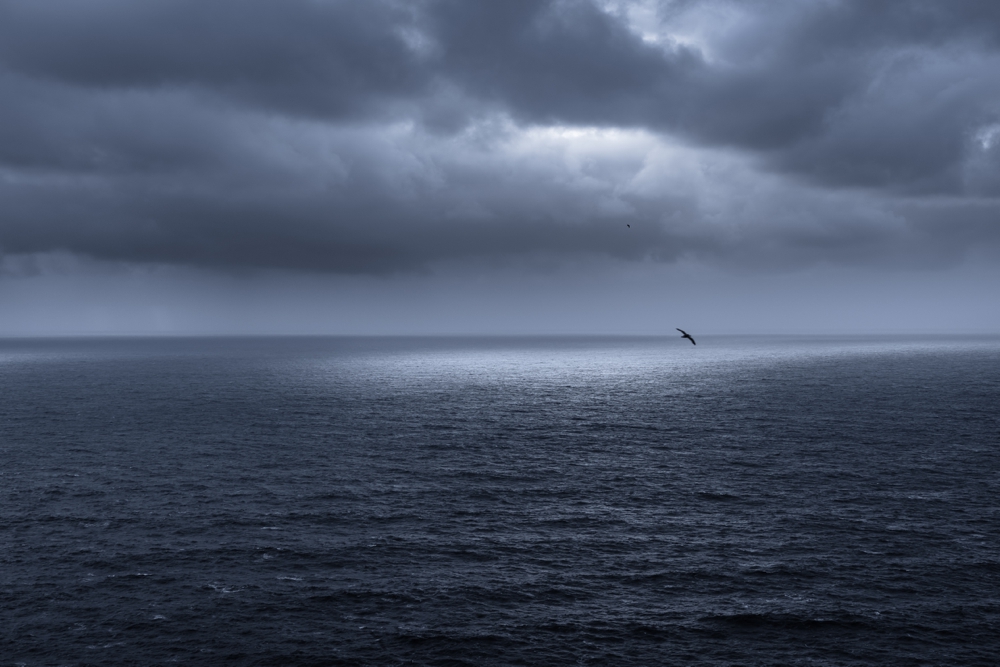 “Free as a Bird”, Iceland – Image by Tom Jacobi 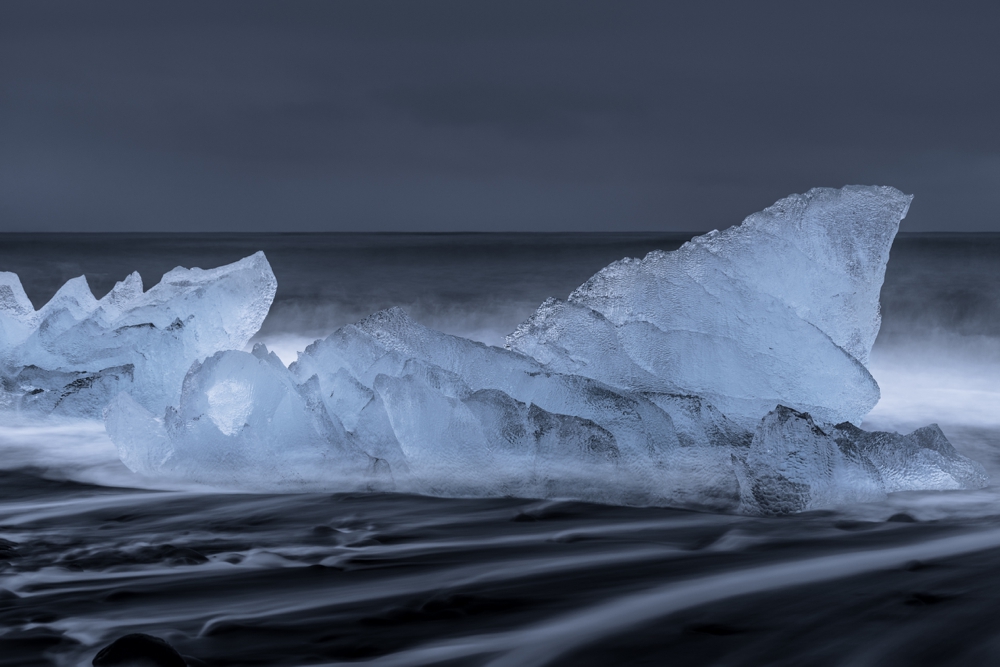 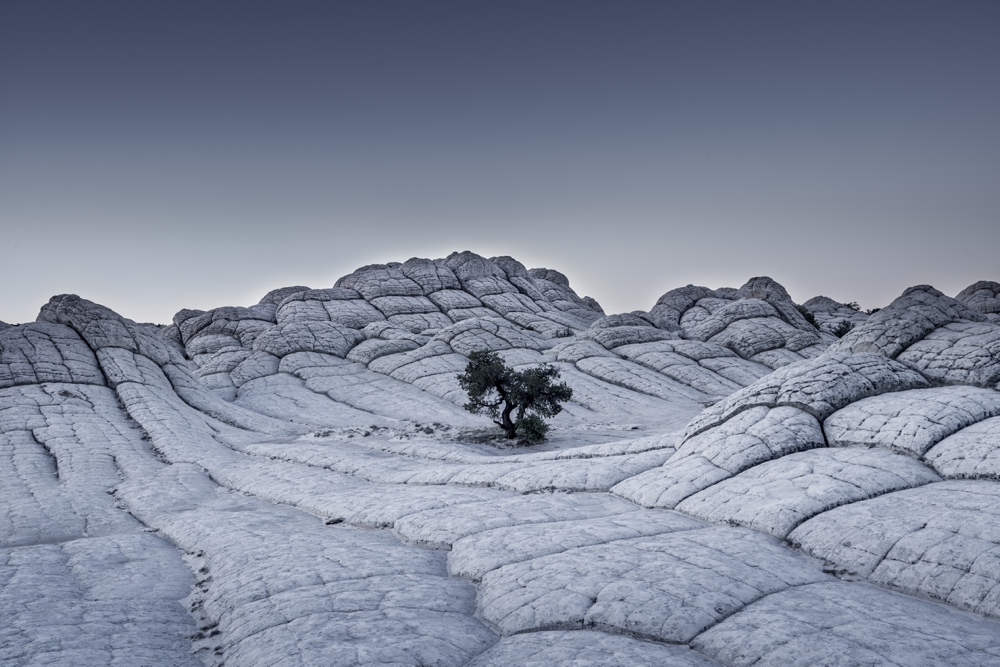 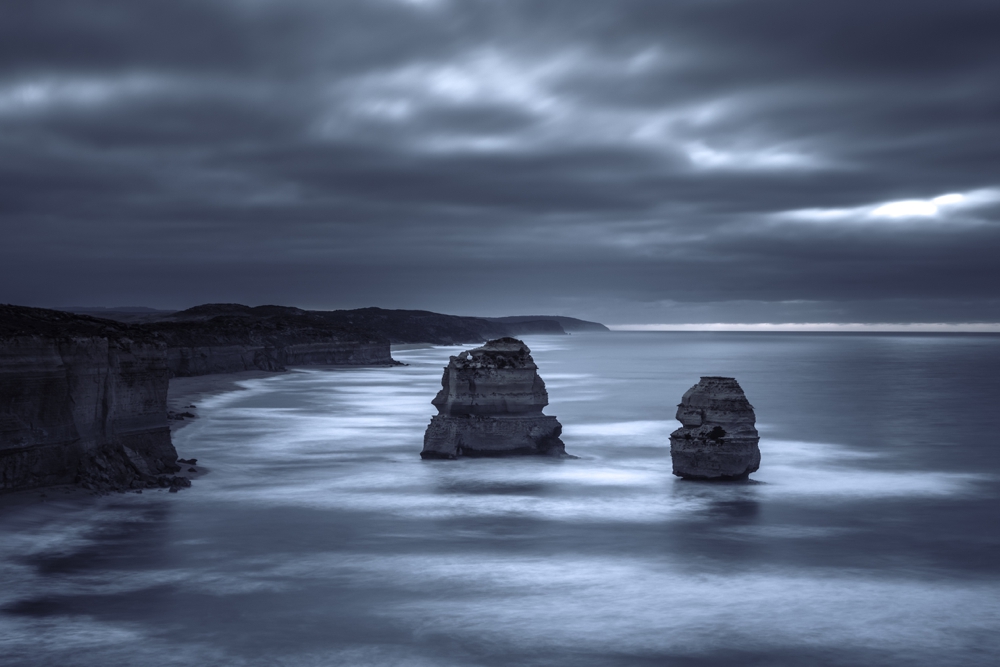 And then one thing led to another.

Recollections of the gray world of St Catherine’s Monastery, which had cozily taken root within me, were awakened by the gray images of the Antarctic. No sooner had the two worlds come together, they became inseparable, and bombarded me with questions:

This new project saw daylight in the gray light of the Antarctic.

When I got back home, I started my research. For days, nights and weeks on end, I moved around websites I’d never imagined existed, not even in my wildest dreams.

Thank God there really are people – all a mixture of geologist, photographer, hiker and blogger – who excitedly share their knowledge of where to find hidden valleys of white rock, windswept salt lakes and tottering boulders (and even give you the relevant GPS track).

Thus grew a list of places I urgently had to visit.

I also delved deeply into the color gray. Seeing colors is actually a minor miracle. They’re nothing more than reflected light absorbed by the cones of our retina and then individually compiled in our brain – our gray matter, you might say.

And as with everything else in life, it’s ultimately the brain that decides how we perceive reality. It’s not just that we humans see colors differently. Dogs and cats, birds and bees, even our closest relatives, the apes – all other creatures see the world in completely different colours from us.

So do colors really exist? Or is everything we consider to be colorful simply an illusion?

Maybe it’s actually the neutrality of gray that explains the continued popularity of a color that reduces and calms our colorful everyday life.

That famous artist Alberto Giacometti (1901–1966) did not set out with the aim of painting only in gray, but ultimately he gave up the struggle: “I’ve tried doing so, for it was never my intention to paint only with gray. But in the course of my work I have eliminated one color after another, and what has remained is gray, gray, gray!”

The world of fashion would probably jump out of its palace windows in Paris and Milan in sheer desperation if you took away the color gray.

And the Flamant brand’s triumphal march began with gray walls. In 2014 The Guardian newspaper declared gray to be the “color of the decade”. 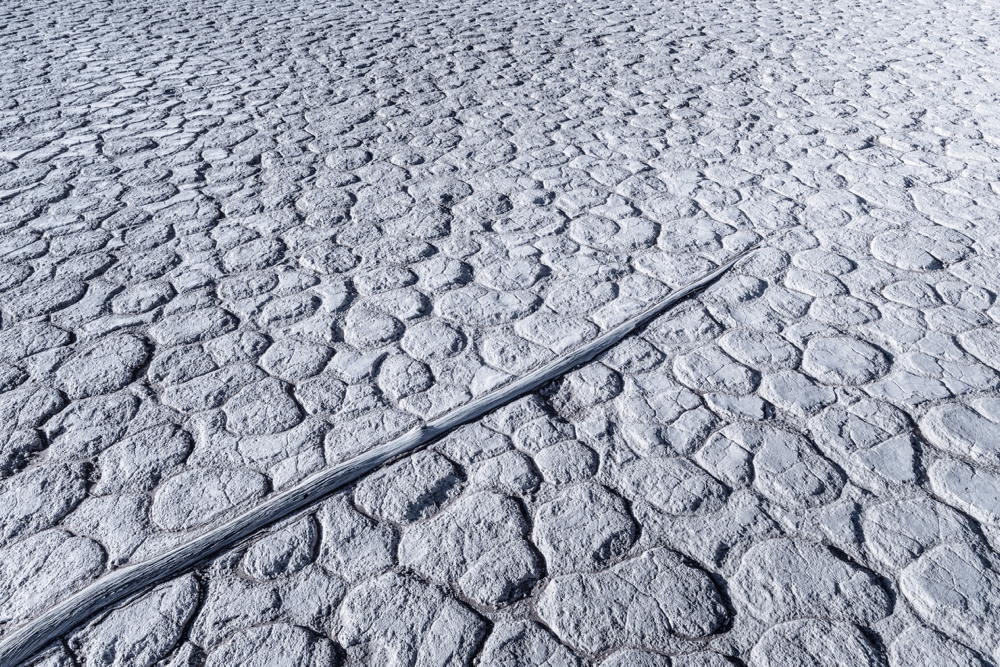 “Never Give Up”, Namibia – Image by Tom Jacobi 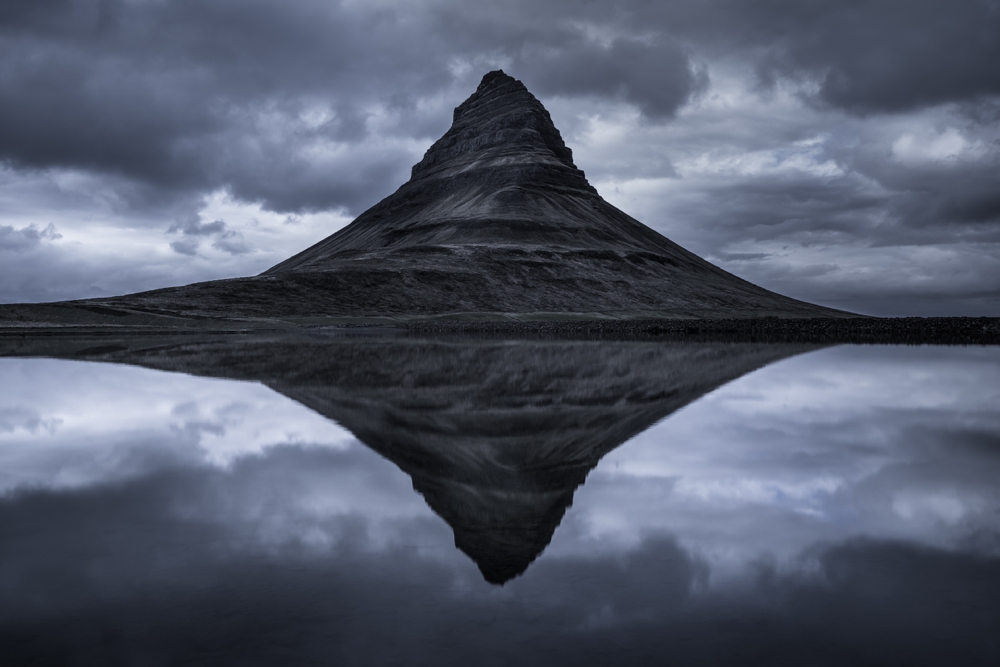 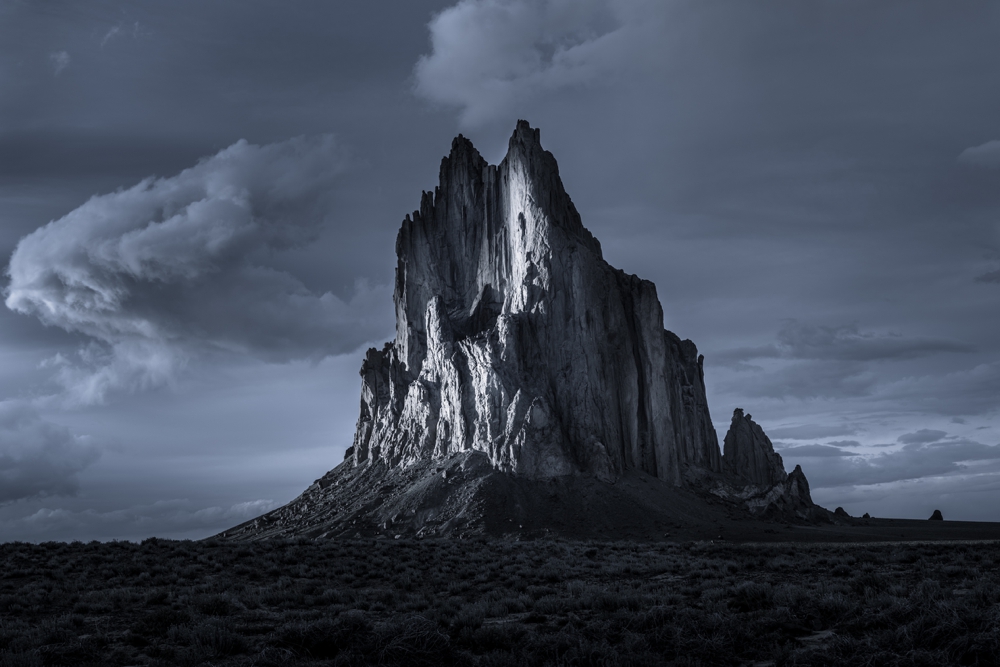 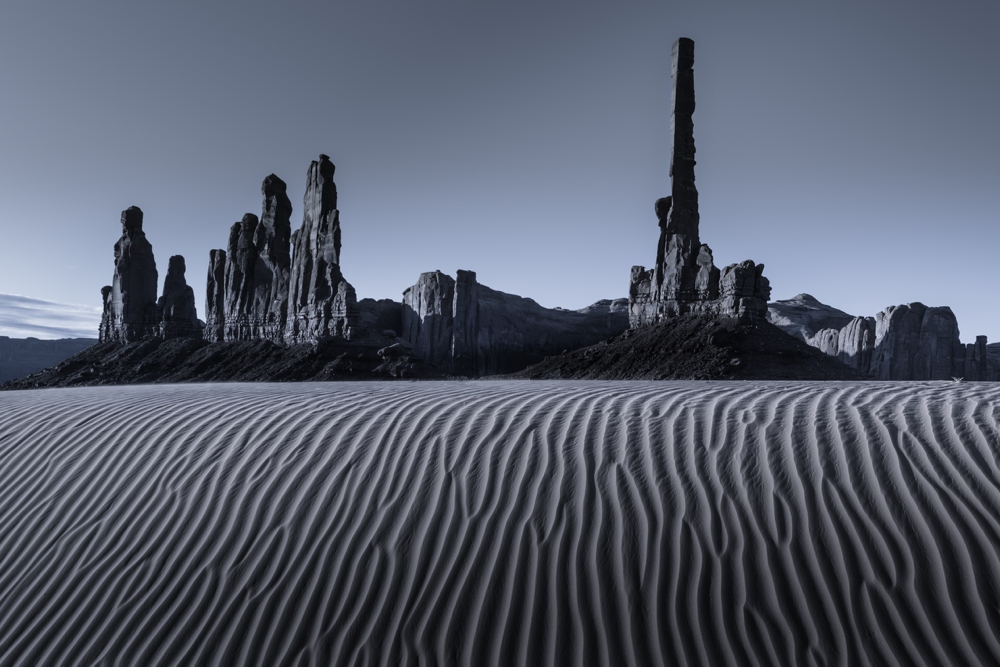 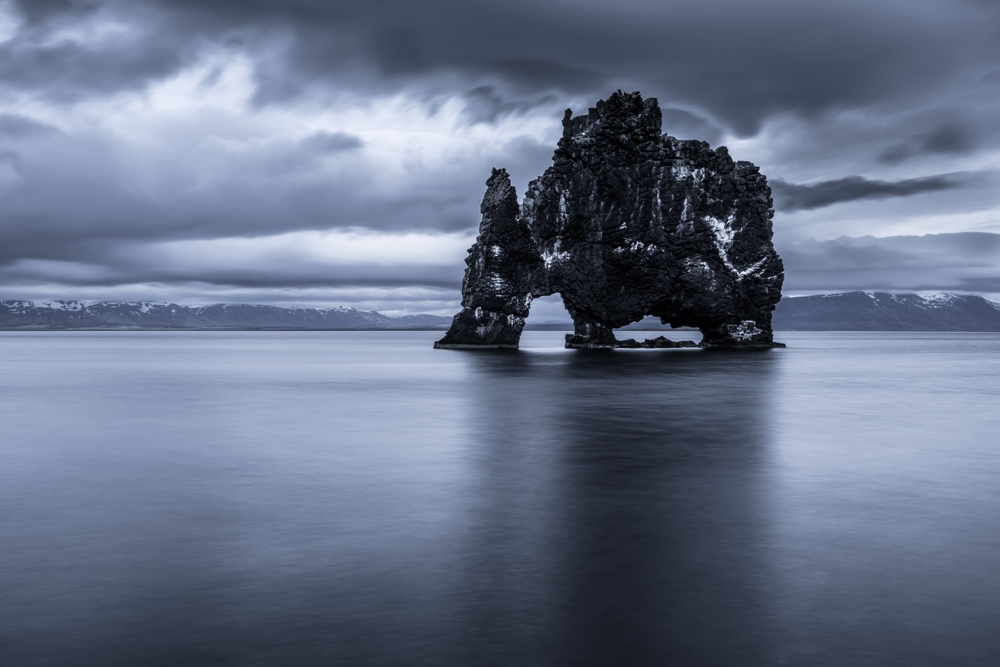 Over a period of two years the work on this book “GREY MATTER(S)” took my wife, Katharina, and me to some very remote corners of the earth. We climbed mountains breathlessly, cursed the hard desert floors we slept on, and ran for our lives, so it seemed, from a massive storm cell in New Mexico.

On one occasion, in a deserted steppe, Katharina was wondering where the human-like noise was coming from until she spotted a hostile rattlesnake hissing at her feet.

One Icelandic winter, I made my way to a lonely waterfall on my own. I was well equipped but hadn’t thought of bringing crampons. The ground was so icy I must have fallen over at least two dozen times and ended up going most of the way on all fours. A route that should have taken one hour took four, and the next morning I was black and blue, as if Thor and Odin had used me as a puck in their divine game of ice hockey.

They made amends the following summer when I lost five kilos despite the magnificent food in Iceland. With 24 hours of daylight in midsummer, sleep became an overrated luxury for this particular photographer.

We discovered archaic landscapes which had been shaped by nature over thousands of years and yet are timeless, even modern. When they slowly slide into the darkness of the night and re-emerge at dawn from the realm of shadows, those landscapes seem like mystical enactments from some other world.

No cocoon of color dulls the experience of the essential. The colorless energy of these places is breathtaking and humbling; and touches us at the point from which we come – the twilight. 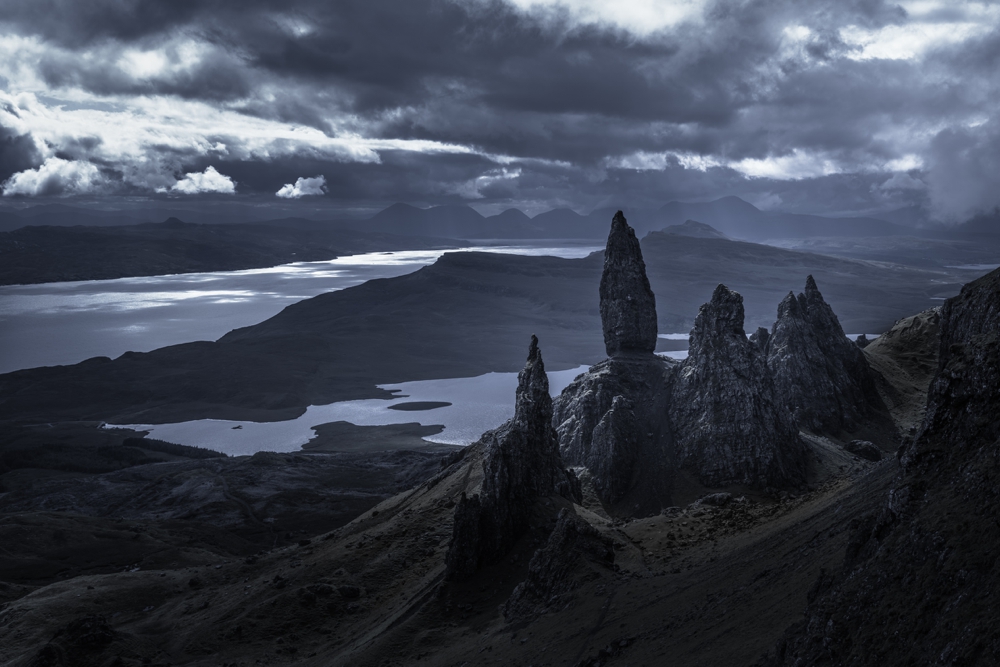 “The Old Man of Storr”, Scotland – Image by Tom Jacobi 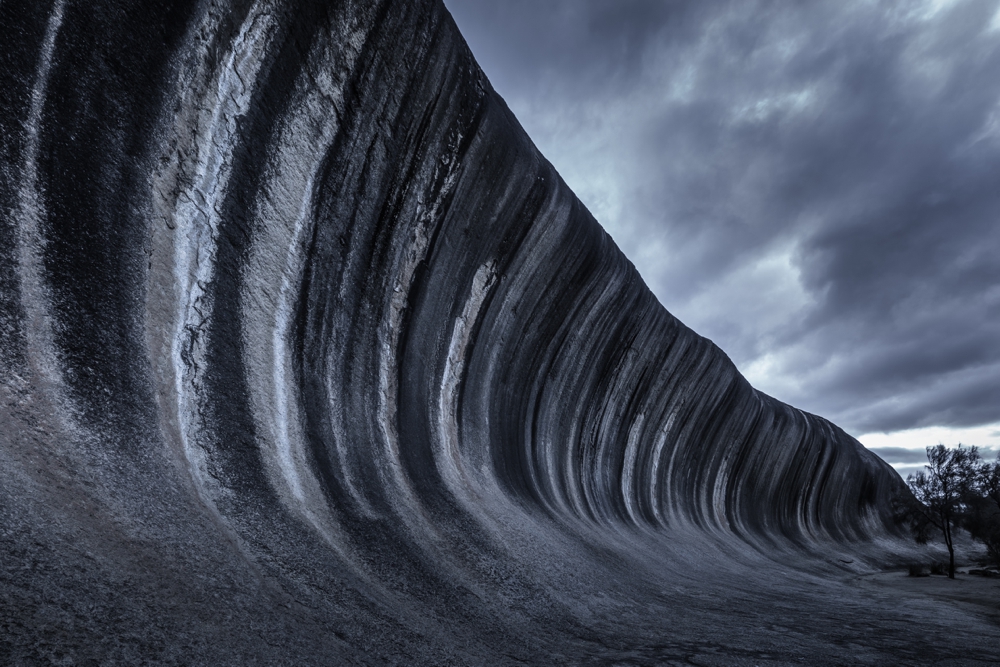 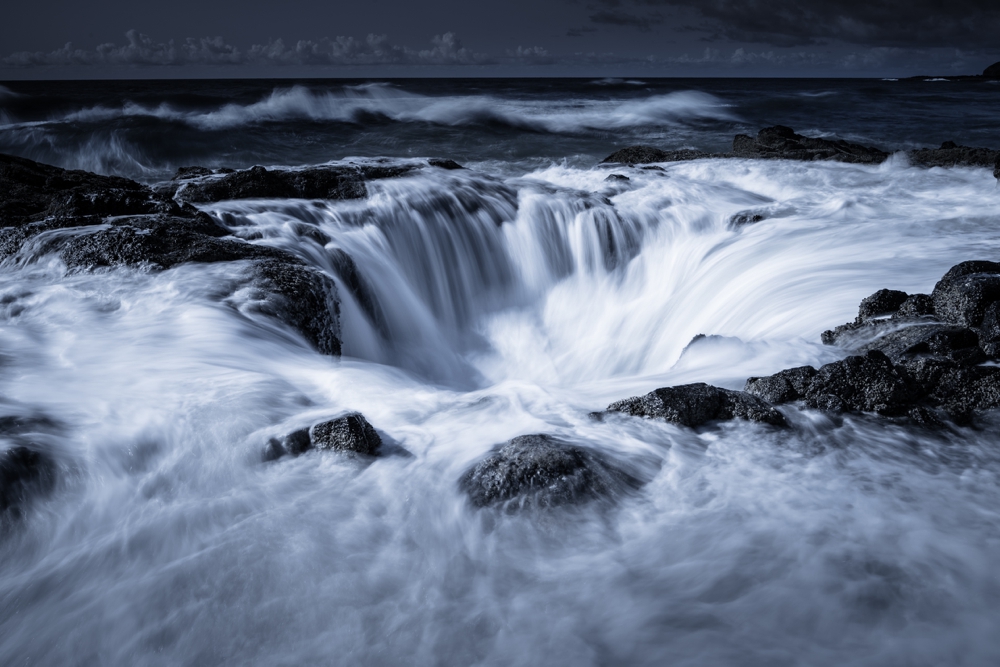 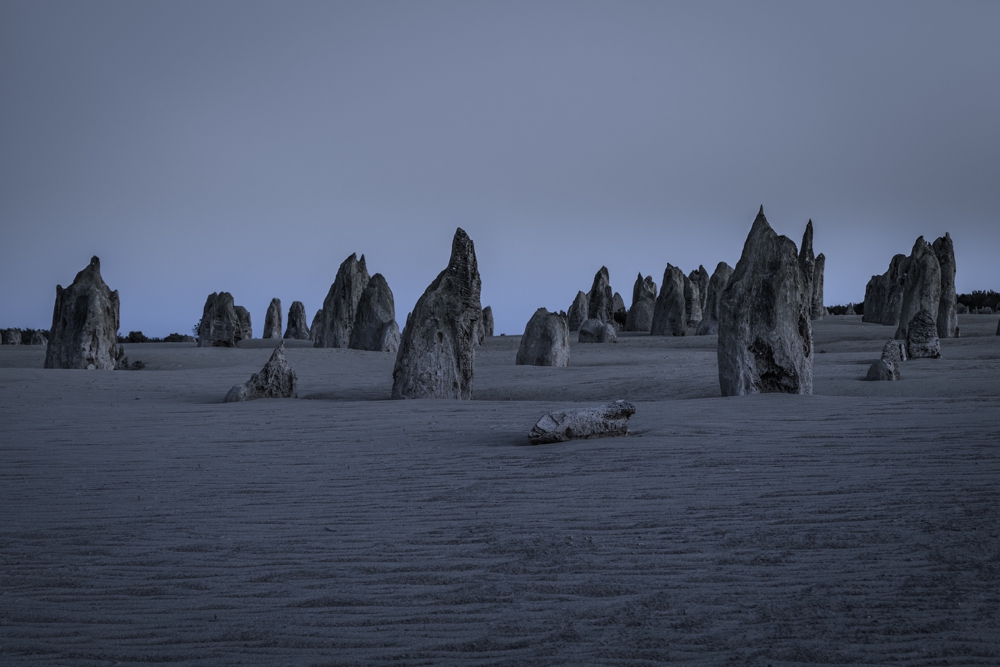 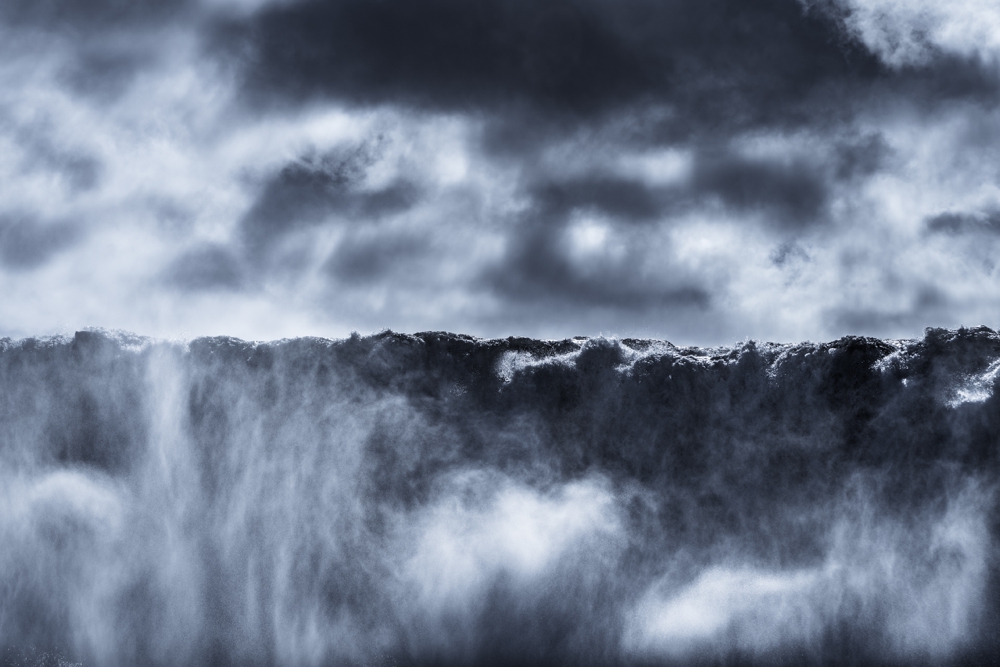 Tom thinks that there are four things that are equally important in order to be successful: 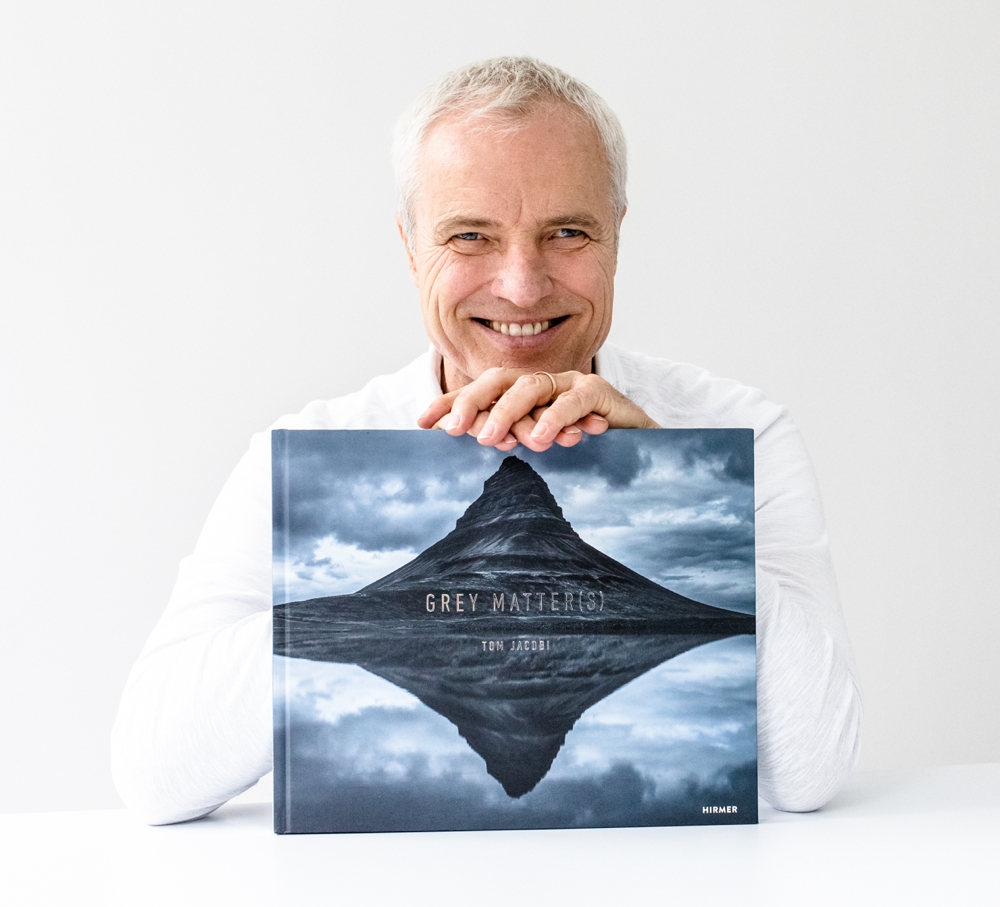 If you like Tom’s work, you can have a look at more of his work on the links below.

Tom,how do you get the image so grey. I take a lot of grey scale pictures,but i never get it so grey. I would appreciate if you could respond.