So here we are a couple of months in from the release of Adobe Lightroom CC and Lightroom 6 and we have the first major update. A controversial update it would seem too. Lightroom CC, the subscription version that comes with Photoshop as part of the Photographer’s package has got some significant features but Lightroom 6, the stand alone version has not received these.
This naturally has caused some uproar amongst Lightroom 6 users but it should be stated that Adobe are being consistent with their marketing. They stated at release that the subscription version would receive frequent and regular updates, the stand alone version would not. Moving beyond the controversy, lets have a look at these new features.

The biggest addition is that of a Dehaze Tool. Found in the Effects tab of the Develop Module, this simple slider can remove, or add, haze and fogginess from an image. It’s not going to make a clear picture from a shot taken in a pea soup fog, but it certainly helps a little on those landscapes where haze is obscuring the distant horizon. From my initial look, it seems to and contrast to the regions just above the mid-tones but like any similar tool you run the risk of introducing halos or noise. 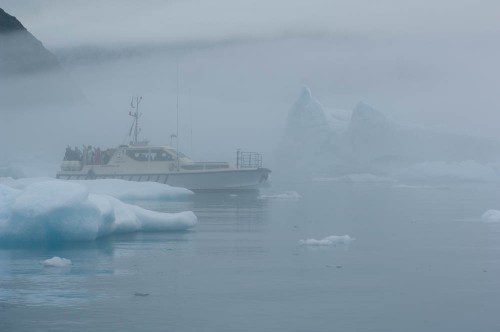 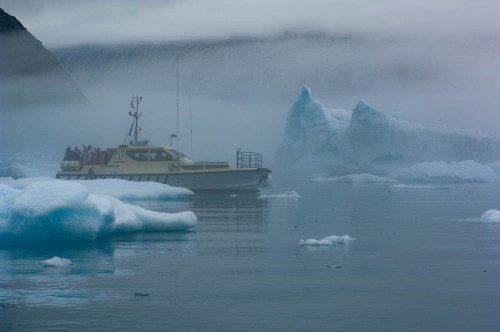 With the Dehaze Filter 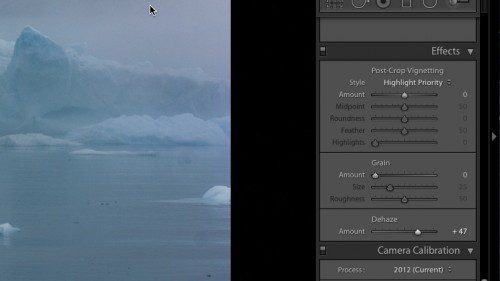 The Filter is found in the Effects Menu

The second major addition is the inclusion of white and black sliders within the graduated and radial filters and the adjustment brush. This will allow you to control the contrast better within an individual adjustment and will help avoid clipping in the shadows or highlights.

The other major additions are related to the Lightroom Mobile App. Again this is limited to the CC version. The biggest addition is the Color/B&W white panel which is best described as a mobile version of the HSL panel in Lightroom. You can now control luminance and saturation within individual colors direct on the screen of your tablet. 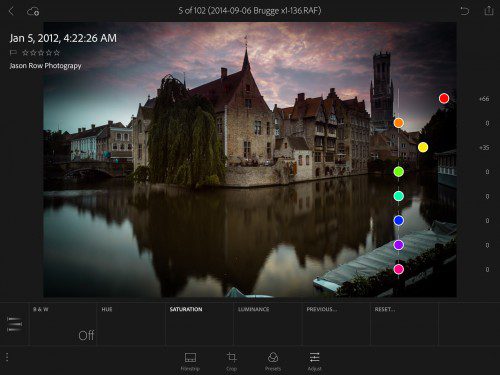 One excellent addition is that of a Tone Curve. This uses the precise control of the touch screen to accurately define a contrast curve for you image. As well as the actual curve, there are light dark and mid-tone sliders to give you a huge amount of control over the contrast of the image. 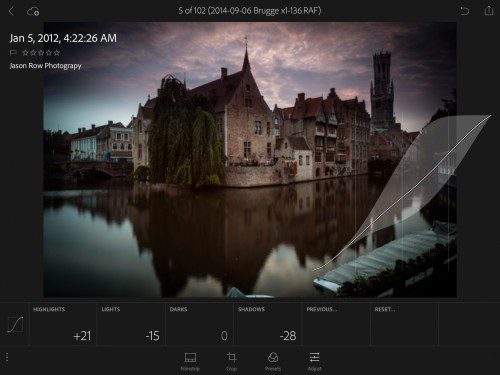 The last major addition to the mobile app is Vignettes. Although basic vignettes were available from the effects menu there is now a more advanced version available that allows you to change from Highlight Priority, Color Priority and Paint Overlay although there is no option to define a mid-point.

Using Lightroom Mobile on my iPad 3 Retina, seemed somewhat sluggish, updates to images taking 2-3 seconds. I will need to investigate further to see if there is a solution to this as at the moment it is effectively unusable.

As of yet not added to the Lightroom Mobile app is the ability to add metadata. This to my mind is as important if not more important than being able to carry out post-production on a mobile device.

The additions to Photoshop CC are more design and graphic oriented rather than for photographers. The big update is to Adobe Raw which is now at Version 9.1. The Dehaze filter from Lightroom now makes it into Raw 9.1 as do the HDR and Panoramic Merge tools from the first incarnation of Lightroom CC giving you the option to output your merged files as Abobe DNG Raws. This givings you a much greater control over the color and dynamic range of your images. Other additions are primarily bug fixes and optimisations.
The other item worthy of note is the integration of Adobe Stock to the Creative Cloud app. This allows photographers and artists to search directly for stock images for their projects. The stock library is in association with Fotolia so those selling stock might find a little boost in revenue if Adobe stock takes off.

So, two months in and Adobe is demonstrating it’s commitment to CC 2015 with some useful additions. This will, I suspect be very much the theme of Creative Cloud, regular, incremental and ultimately useful updates to both Photoshop and Lightroom.

Droplets don’t work on Windows 7 systems. Changing the properties to give them Admin status doesn’t work. Apparently Adobe know about this but there is currently no fix other than to revert to the previous version of Photoshop.