You're Gonna be Impressed with These!

Shadows are amazing, no really they open the door for some heavyweight creativity.

When we look at shadows of objects in real life, most of us think nothing of it, while some may make a comment on how the shadow resembles something and then just ignore it.

But for Filmmaker Vincent Bal, he lets his creativity flow and creates beautiful and meaningful scenes with these shadows.

A Bit of Background – Who is Vincent Bal?

A Belgian filmmaker and artist who has made four feature films and several shorts. As a child, Vincent spent time reading comic books. He studied Film Directing at the Sint Lukas School in Brussels and his third-year short film Aan Zee, got selected for a few film festivals and won some awards.

Vincent graduated in 1994 with the short film Tour de France after which he directed The Bloody Olive which won more than 20 awards at film festivals around the world.

He has a fantastic ongoing project titled “Shadowology.”

Shadowology is a series by Vincent Bal, created as a combination of everyday objects and their shadows to create beautiful illustrations that look very amusing and seriously clever (see for yourself below!).

It could be anything from a simple flower to a glass cup or more – there are no limits in his mind. Vincent draws lines to create illustrations that are an artistic representation or interpretation of the possibilities in creating new doodles.

How Did it all Start?

While Vincent was working on a new script in May 2016, he suddenly noticed how the shadow of a teacup on his desk looked like a little elephant.

He completed the image with a few lines, took a picture and shared it on Instagram. The reactions were so positive that he challenged himself to make one of these ‘shadow doodles’ every day. He hasn’t stopped since.

Since then his following on social media has exploded. You can buy prints and postcards of his doodles on his Etsy webshop.

A book will be published in May and there are plans for a short film combining live action and the Shadowology technique.

You can look for yourself to see how creatively Vincent has created this work of art with everyday objects, lights and their shadows.

If you enjoy looking at Vincent’s creative work, you can see more in the links below. 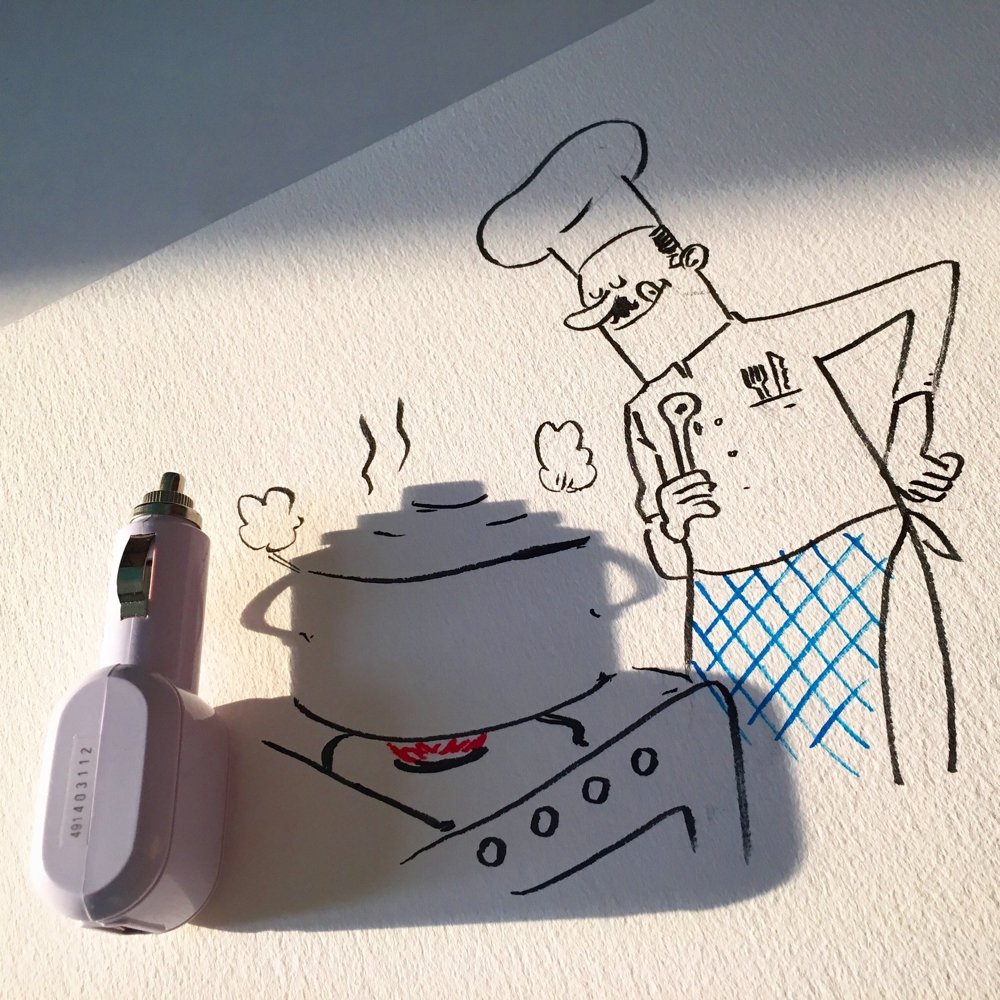 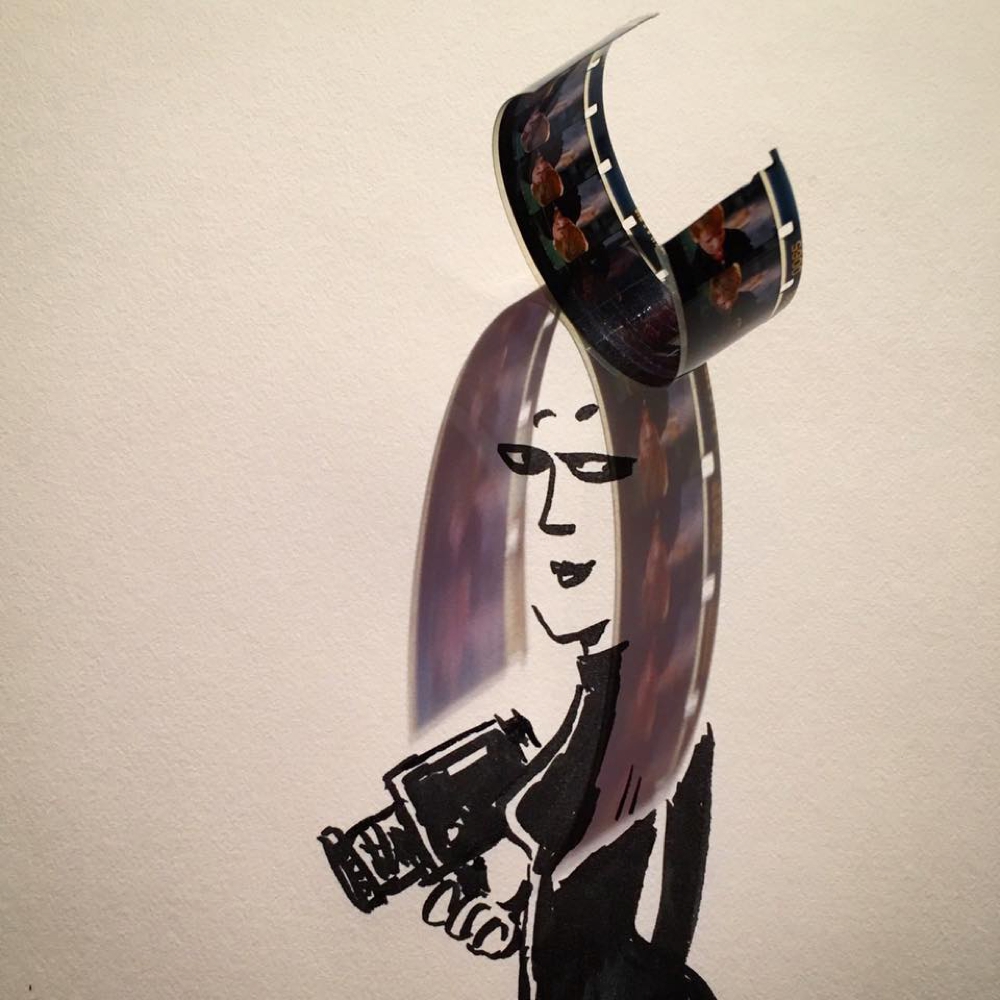 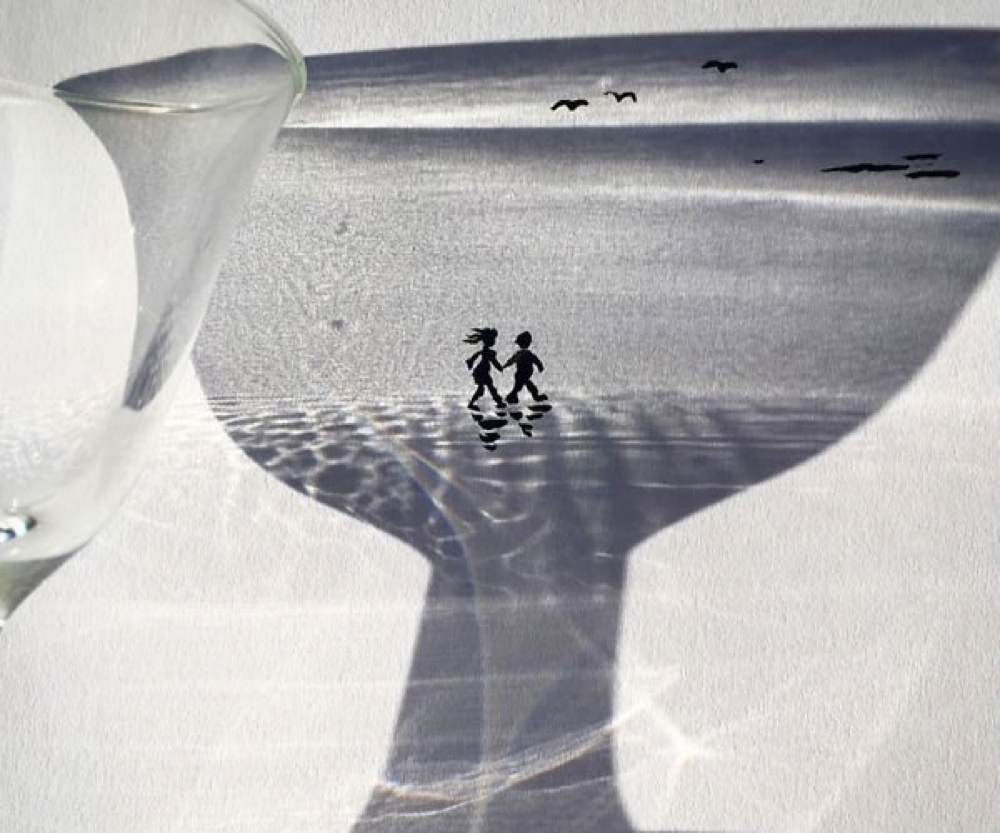 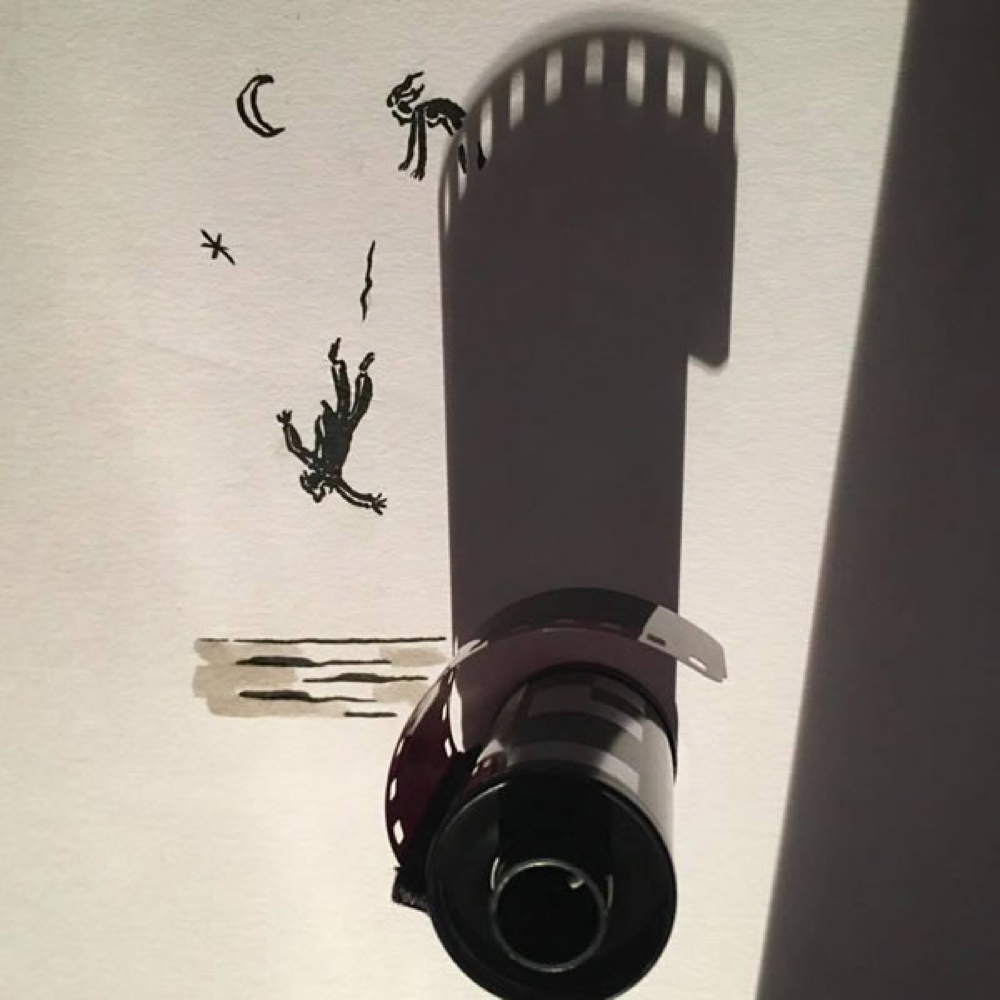 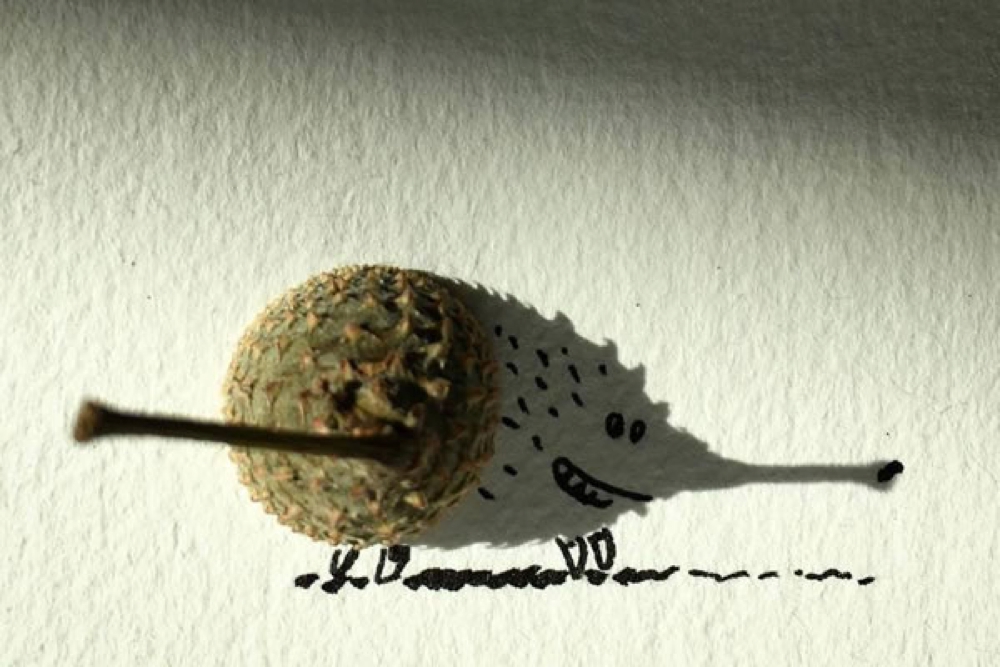 Cloudy skies, Put up your spikes – Image by Vincent Bal 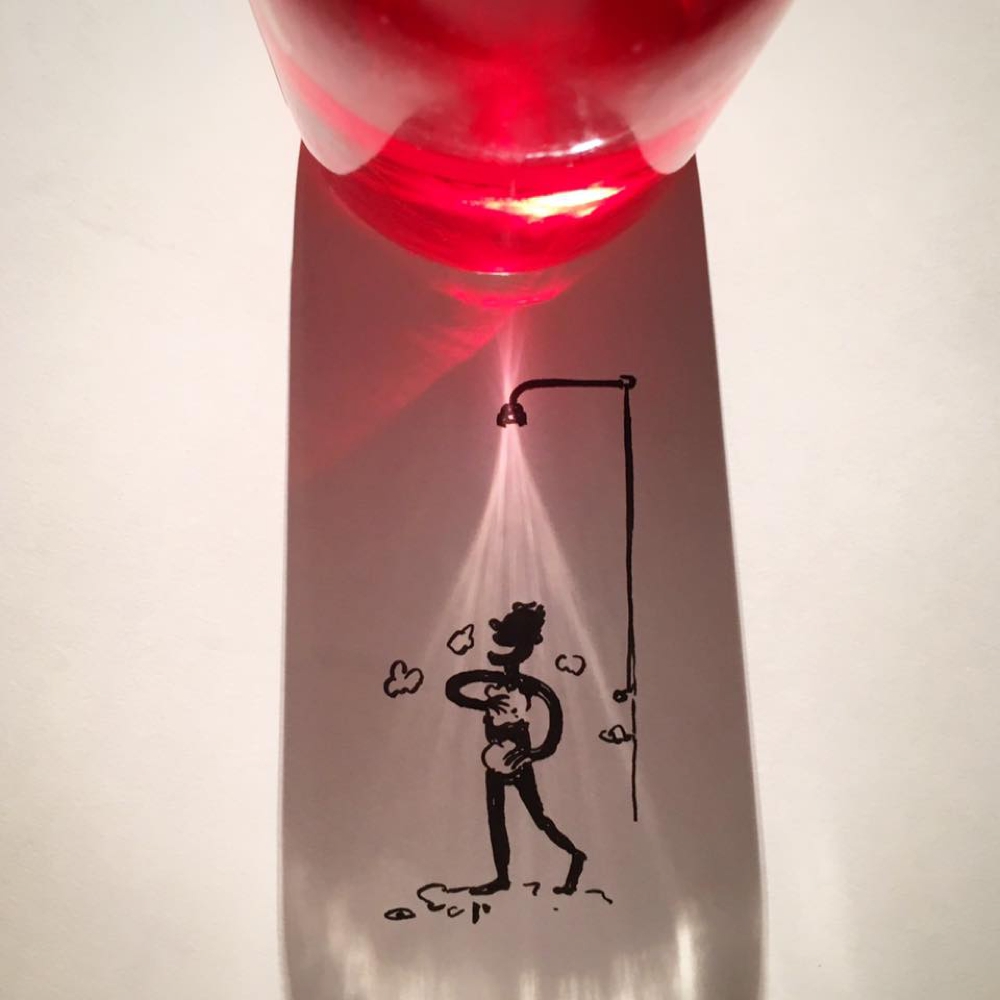 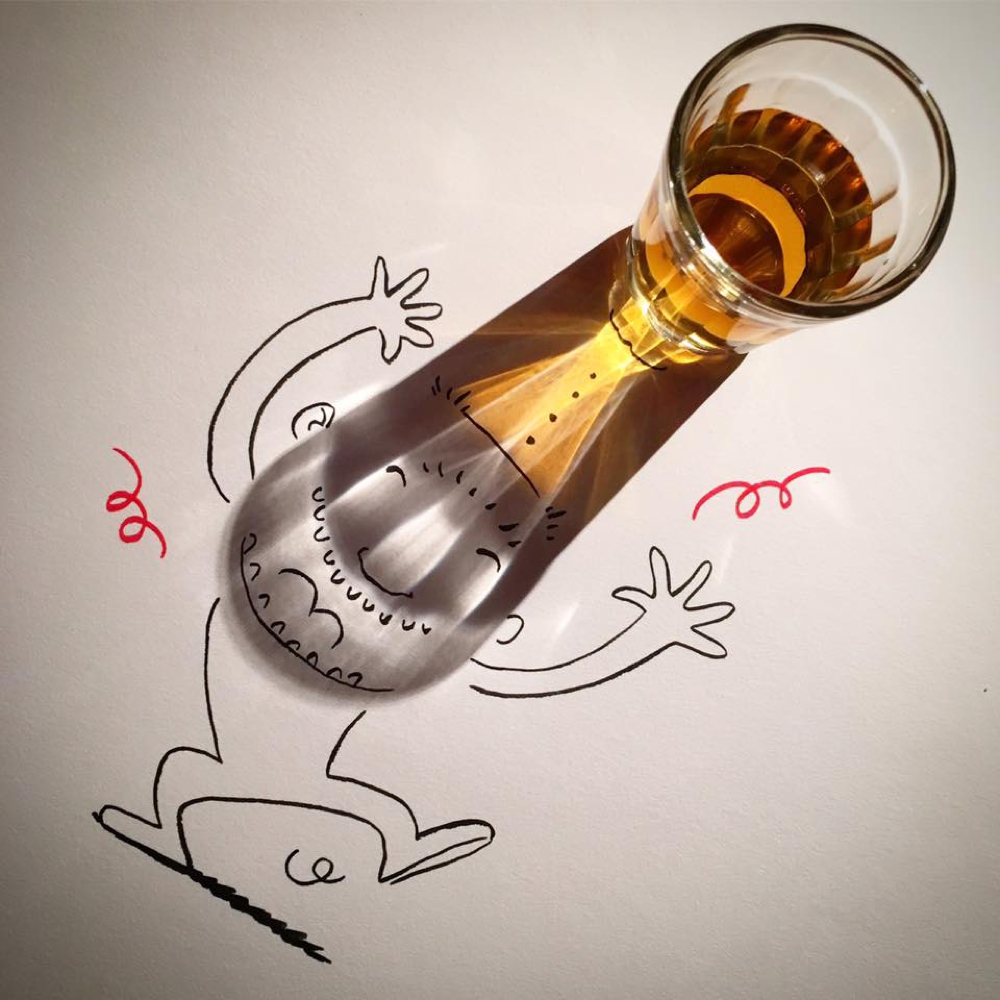 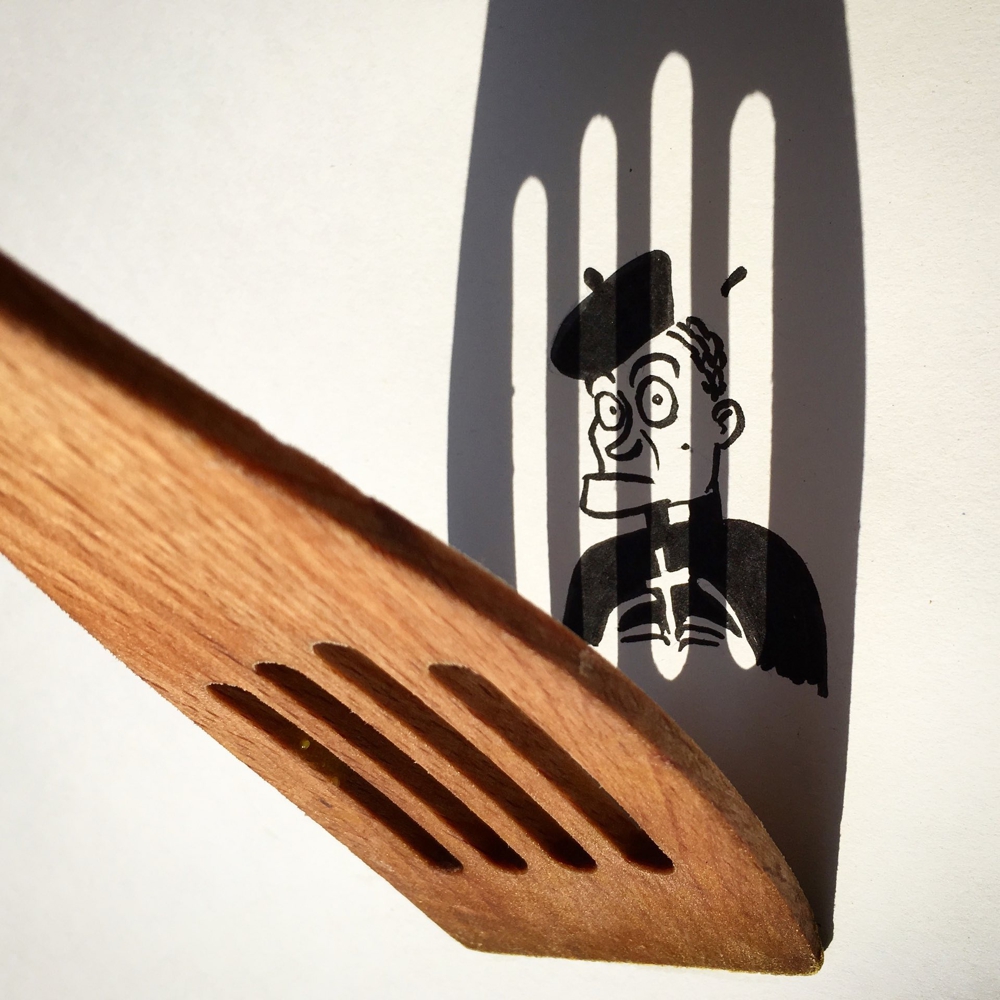 Wood you like to confess? – Image by Vincent Bal 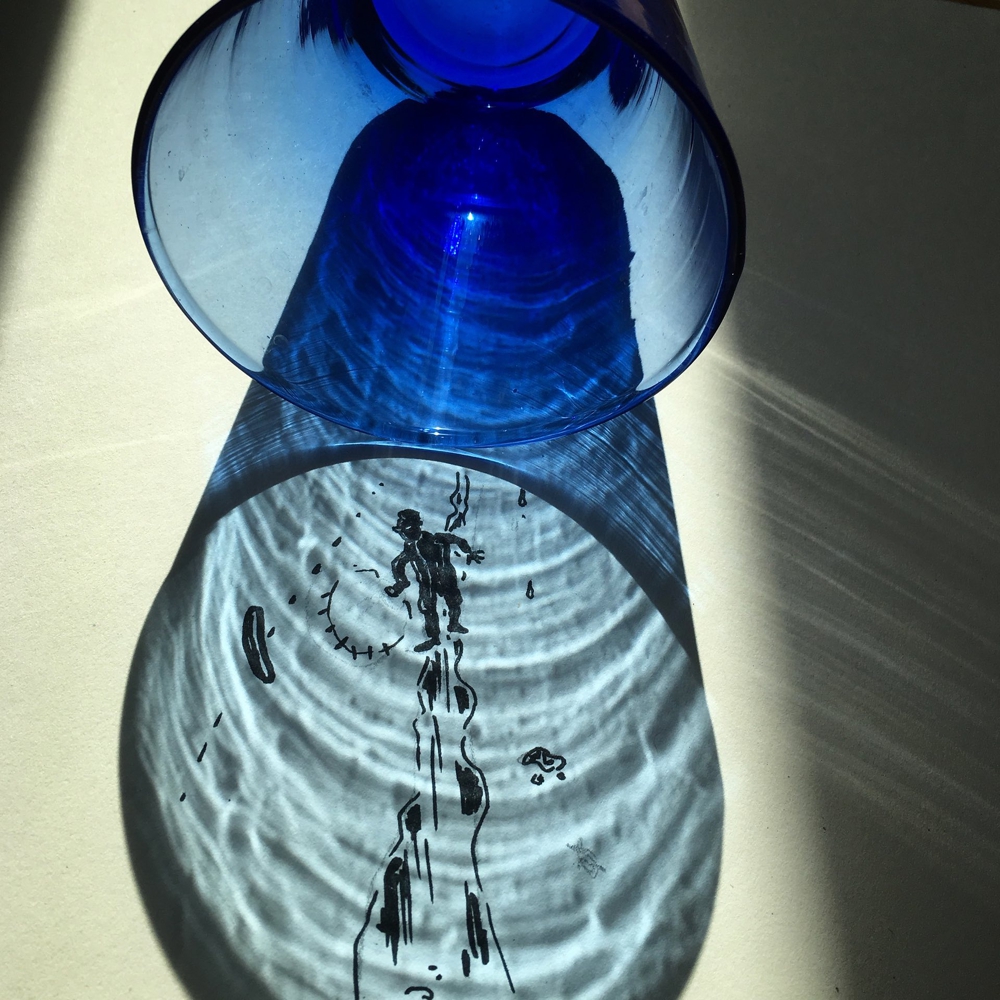 Looking For Clues in the Blue Sewer – Image by Vincent Bal 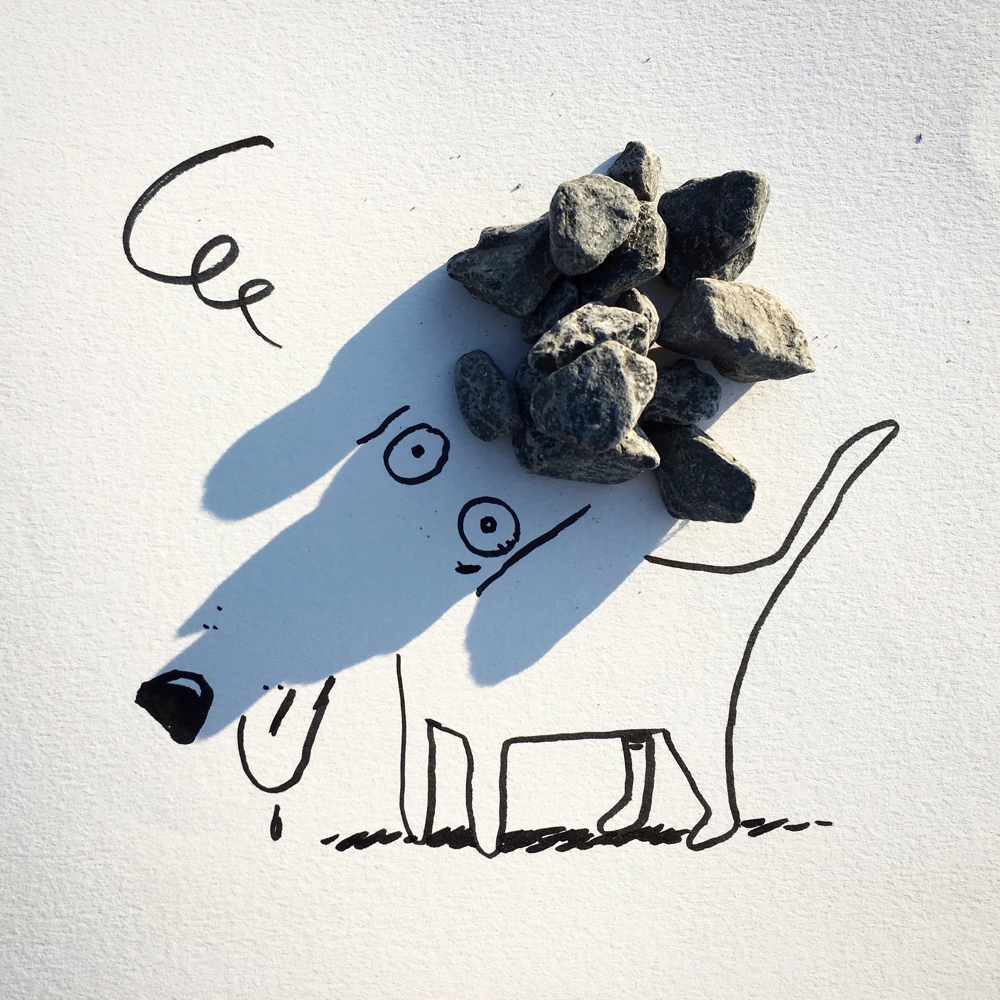 If you enjoyed these amazing creations, you might well be interested in Evan Sharbonneau Trick Photography – learning how to be a creative photographer and artist will become a whole new level for you….