The reasons that made framing so important back then are still in play today. 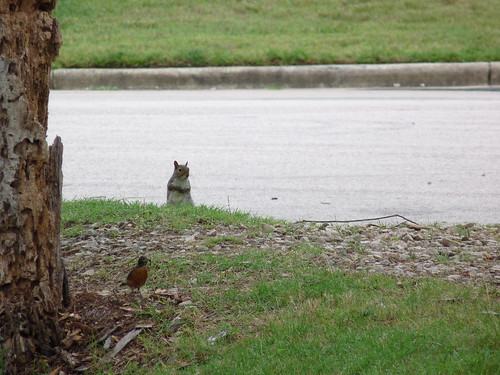 SOOC (Straight Out of Camera) Week (1/7) by jnyemb, on Flickr 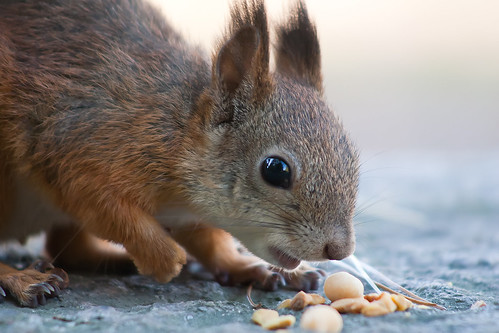 In the two examples above, the first one is poorly framed. It's so poorly framed that it's difficult to tell (for sure) what subject the photographer was trying to convey. The second photograph is perfectly framed. Sure the first example could be “cropped” to be close to the second example – but the image quality would suffer immensely. For those who aren't familiar with the term – here is a definition of framing (as relates to photography).

Difference Between Framing and Cropping

Framing is the arrangement of elements within the confines of the imaging device. In other words, you have a rectangular surface area (film or digital sensor) that is going to image your photograph. The act of framing is you making a determination as to how you are going to fill that surface area with your subject. So, what is cropping?

Cropping is a tool meant to fine-tune an image in post-production. With film, it's done using an enlarger and with digital it's done by cutting down the size of the resolved image. 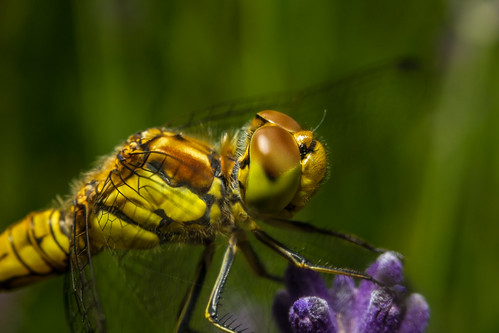 This is an example of an image that was framed fairly well. The act of cropping would now fine-tune the image by removing some of the unneeded background at the top and right sides of the frame. This minimal crop would lose little resolution and place the focal point of the dragonfly's face into a composition that is pleasing.

Why is it Important to Frame First Crop Second?

Let's talk about technical reasons first. With film, a photographer was taught to “fill the frame” because it hurt image quality as the image was magnified (cropped) to the important part of the picture. There were two elements that hurt the image quality: a visible increase in the size of the silver halide crystals (which is called grain) and a loss of sharpness. These same principles apply to digital, only it's not grain that we're worried about, it's noise. The loss of sharpness is applicable to both mediums. 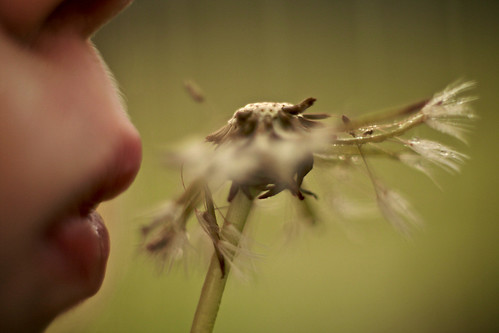 This photograph demonstrates the importance of “filling your frame”. This image is so sharp- that you can literally see the individual hairs on the child's lip. If the photographer had chosen to frame this in a way that included the child's entire head and hands and then decided in post-production to crop the image down to this more dramatic photograph; sharpness would have degraded significantly.

One of the advantages in our brave new digital world is that camera manufacturers continue to try and compensate for a lack of skill through technology. In this case of “framing”, they have done this by providing photographers with high-resolution cameras that are ever-increasing in resolution. The idea behind this being that if you have to crop out most of your photograph, you will still have enough resolution to make an adequate print. 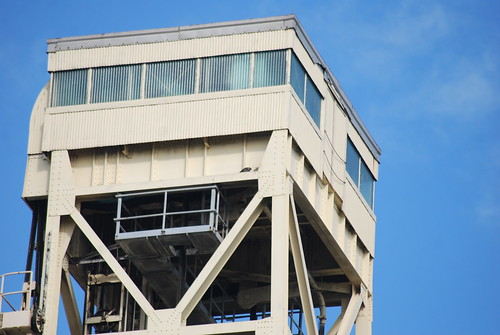 Peregrine Falcon AlaS 06 by THE Holy Hand Grenade!, on Flickr 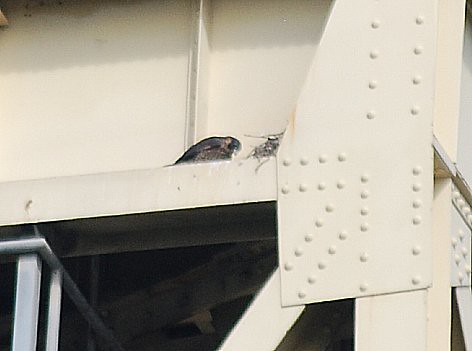 Even today's high-resolution cameras have limitations. When creating your photographs, use proper imaging tools, such as a proper lens, and shooting from a good vantage point; use cropping as a last resort! But let's be honest, as photographers, as artists, don't we always want to produce the best possible product? This is where the art of framing becomes so important!

Now, what about the aesthetic reasons. The art of framing is much like any other creative endeavour. The more you practice at it, the faster, and easier it will come to you. If you took a photograph and upon inspecting your final image you see that you must crop more than 1/3 of your image area- your framing needs work. 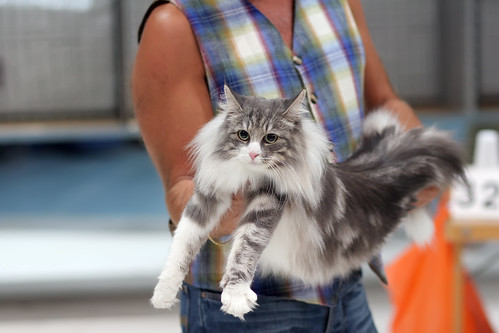 Just a few steps on the part of the photographer, or a slightly increased focal length of the lens, would have saved this photograph from losing half of its resolution when cropped to a better composition.

Train your eye to see the frame within your viewfinder and utilize every pixel of your canvas. The more attention you give to framing “in camera”, the easier it will come to you. 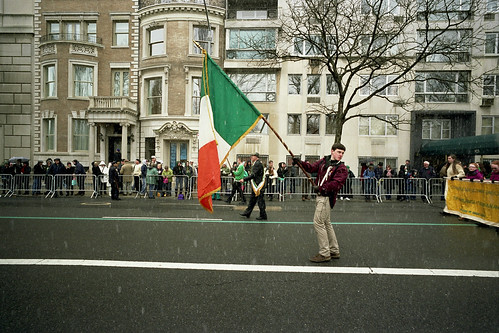 There is a lot of wasted image area in this photograph. The background doesn't contribute to the story of the boy holding a flag in the parade. Train your mind, your eye, and your hands, to work together. Try to picture that final image hanging on the wall as you look through the viewfinder. Is an element adding to the story? If not, get rid of it.

When taking your photographs train your eye to see the natural flow of the composition. This photograph of the hummingbird screams vertical. Look at the flow of the branches. Even the bird's body positioning stretches from top to bottom. A simple turn of the camera would have provided much better framing.

Be Mindful of Your End Use

Where is this photograph going to end up? Will it be in the rectangular format of a wall portrait? Or the square format of a photo album? Perhaps both? The goal is to train yourself to think through these objectives upfront and plan accordingly. You want to frame tightly, but not so tightly that it won't be usable for your client's needs.

Many cameras now offer an option where you can turn on a grid inside your viewfinder. This is meant to keep you aware of the composition “Rule of Thirds”. It's also a great way to begin training yourself to fill the frame. If you're about to shoot a photograph and you see that your subject is only filling one or two of the squares created by the grid; you're probably not filling the frame appropriately. 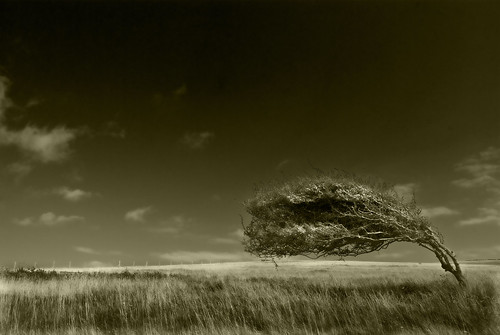 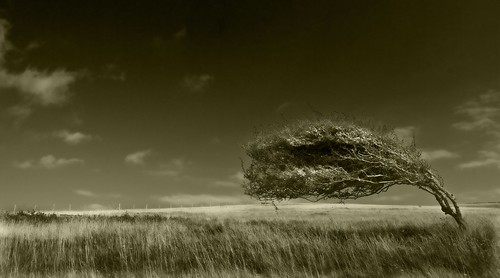 Remember, it's the percentage of resolution. If your final product utilizes 100% of your camera's 18 megapixels, it will be sharper, less noisy, and have more clarity than if you end up using only 6 of those megapixels.

When it comes to framing, sometimes you just have to ask yourself, “Is this photograph worth taking?” You might find something interesting but what if it's technically beyond the reach of your equipment and situation. Rather than creating a sub-par photograph that reflects on your entire body of work, it may be best to let that one go. 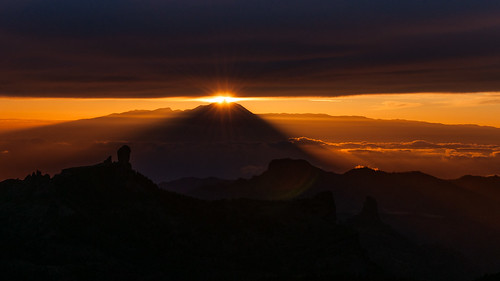 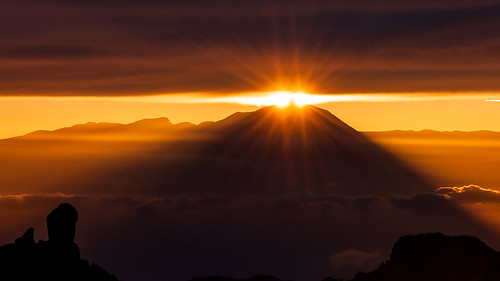 Eyes of Mount Teide (Zoom) by sermarr erGuiri, on Flickr

Sometimes, you may find yourself in a situation where you simply cannot fill the frame. You have to ask yourself- Should you take this photograph or not? Probably none of us would want to pass on taking this beautiful photograph of a sunset over the mountain. But there is a cost. The cropped version utilizes about 20% of the original frame. This image looks good on a monitor, but it would not hold up to the magnification of a large wall photograph.

As with any creative process, the more you actively work at it, the better you will become. Make it a point to practice your framing. Try to create specific images that require no cropping. With a little time and effort, it will become second nature and soon you will be creating the best images possible without giving it a second thought. 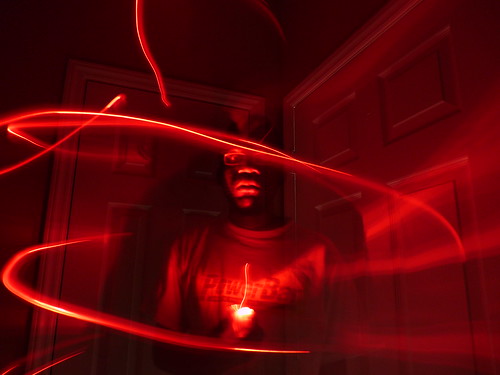 This photographer gave himself an interesting self-assignment titled, “SOOC”, (straight out of the camera). This is not a bad idea if you're inspired to improve your framing skills!

Got it, fill a frame with a subject in order to exclude unwanted surroundings.
Subject zoomed to that extent may be larger than wanted in final image.
So, size must be reduced in editng.
What effect does reduction have on sharpness?