What would your reaction be if someone suggested that you should cut all ties with one of your best friends and closest companions? No, I’m not talking about your significant other or your pet. I’m talking about your camera. And not just any camera. Your main camera. Specifically your expensive, heavy dSLR with all the buttons and dials and switches.

For most of us, we would rather offer up an internal organ (a kidney maybe, or even better, the actually useful but still totally expendable appendix) than part with our cameras. I guess it makes sense to feel that way, considering we sometimes see our technology-laden cameras as being more important than they are, assigning to them a value directly proportional to the photos we make.

But we’re all familiar with the notion that great photographers make great photos regardless of what camera they have in hand. I’m not suggesting that everyone should run around with pinhole cameras just to prove that they are “good” photographers, but it would probably be a fun and worthwhile exercise to undertake. And if you were indeed to put aside your trusty dSLR, your next best alternative wouldn’t be so low-tech as a pinhole camera; you’d likely turn to your mobile phone camera. 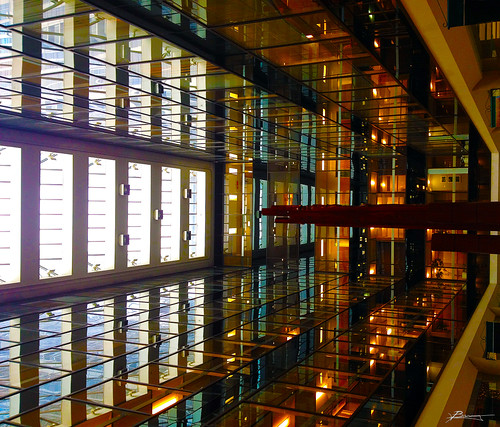 The Camera Phone as a Teaching Tool

Given the ubiquity of the camera phone and their ever increasing quality, there are people who are perfectly content having their mobile device also serve as their only camera. I, for one, would likely experience something akin to severe withdrawal if I had to give up my dSLR and shoot exclusively with my cellphone.

But, as with everything in life, I am willing to bet that such a circumstance would present you with at least a few important points that you will want to retain. So no matter where you are on your journey as a photographer, consider the following lessons you can learn from shooting with a camera phone. 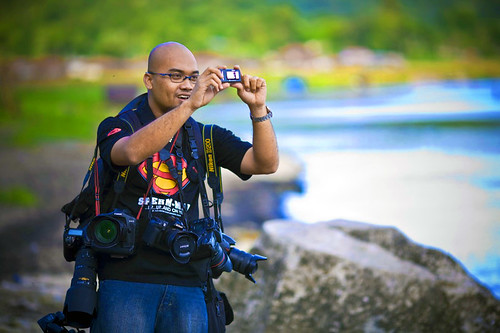 “ahhh its way better” by Bram & Vera, on Flickr

They say good technique is more important than anything else. Is it true? If you think you’re up to it, challenge yourself to shooting for a few days with just your camera phone and consider how what you learn along the way can apply to shooting with your DSLR. If you’re recently transitioning from a camera phone to a DSLR, have you found anything in particular that has been helpful in making the transition a little easier? Feel free to share.

Very nice article. I have had personal discussions with friends lately about the usefulness (or lack of) of cell phone photography. A cell phone is not as good as a dslr to take photographs, but it can still be used to take a good image, particularly if one is thinking that a good photo is one that draws an emotional response (it does not necessarily need to be a perfectly artful image).

To prove the point I actually bought some lenses for my phone and have decided to engage on several photoshoots using only my phone.

Thanks for the article and for helping me think I’m really not nuts.

Agreed. One of the conveniences of my camera phone is that its always with me ready to capture images out-the-pocket.

I appreciate this article and its timeliness to my circumstances. For reasons of brevity, I’ll spare the details behind my necessity to shoot only with my cell phone camera for the past several months.

While it’s true that the level of quality and control in my dSLR are sorely missed, it’s also true that composition & subject matter (and a wee bit of post processing) can help one maximize image impact & potential. One recent example taken with my cell phone camera (a Galaxy Nexus):

I can only agree and stress the point on maintenance: I’ve just drowned my dSLR scuba diving (don’t even ask!) and had to resort to my iPhone for the rest of the trip. The shots with the phone camera (in most light conditions) were just impressive!

Well worth the effort, in so many different ways…

iPhone’s pano mode is impressive! And it stictches in camera.

I love this article! In September I bought my first DSLR, and I am learning the ways with it. I’d drag it everywhere, however thats just not possible, so I do fall back on my previous only camera, the iPhone 5s. I can tell without checking which photo I took with my Nikon, and which with iPhone, however I will put to good use your 7 thoughts here and can improve camera phone photos! Oh and what is this transition you speak of? haha the DSLR and I bonded immediately, my iPhone is jealous. Thank you!

https://flic.kr/p/pdNEyj this is one of my favorite iPhone photos

: ) No transition needed for some people I guess. Nice shot, btw!