In our last article, we took a look at the logistics of photographing in this busy, bustling city. Today we are going to take a look at some of the more iconic locations to shoot from and discuss best time of day and position in which to shoot from.

The Palace of Westminster

One of the world’s most iconic locations is also one of the most photogenic. Its riverfront position enables wide angle shots encompassing Westminster bridge, whilst on the northern side of the Thames, in Parliament Square a different range of views are available. The sun light falls on the waterfront side of parliament at dawn and early morning and sets behind the building at the end of the day. Either of these classic shots can be made from the Southbank of the Thames, although be aware you cannot use tripods on the area near the London Eye. There are no such restrictions on the other side of Westminster Bridge in front of St. Thomas’ hospital. During the late afternoon, on sunny days, the light is great for close up and wide shots from Parliament Square. Look for lots of little details and framing devices such as statues and trees. 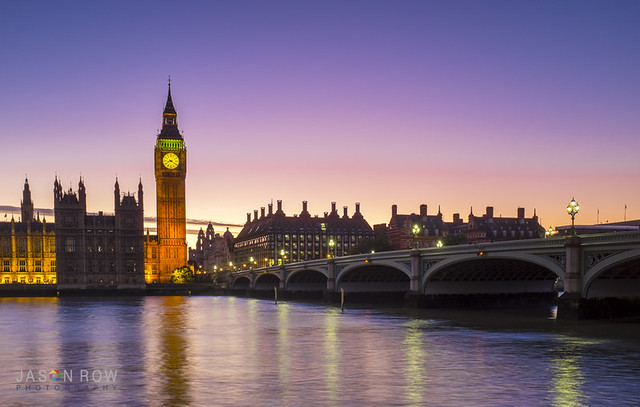 The Southbank at sunset is an ideal location to shoot Parliament. Photo by Jason Row Photography

This more modern London icon can be photographed from the Embankment on the north side of the river for the sweeping views. This view is best in the late afternoon and early evening. The wheel is spectacularly lit at night and long exposure shots can lead to some great images as the wheel rotates. Going to the south side of the river allows you to get abstract shots and details of the futuristic pods. 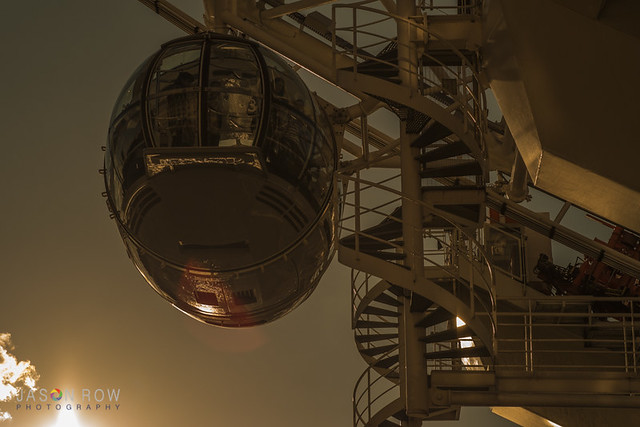 The London Eye is photogenic from many angles. Photo by Jason Row Photography

Another famous London icon, this can be quite tricky to shoot. From the southern side of the Thames by the London City hall, it is possible at the right time of year to get shots of the sun rising behind the Bridge. Again there is a tripod restriction on this part of the waterfront so evening shots are better done on the other side of the bridge still on the south side. My personal favourite location however is from the north side in front of the Tower Hotel, where there is a statue of a woman swimming with a dolphin that makes a perfect framing device. This can make a great shot day or night and I have not encountered any tripod restrictions. The nearby Tower of London can be quite difficult to photograph creatively, picking off details with a long lens is a better option here. 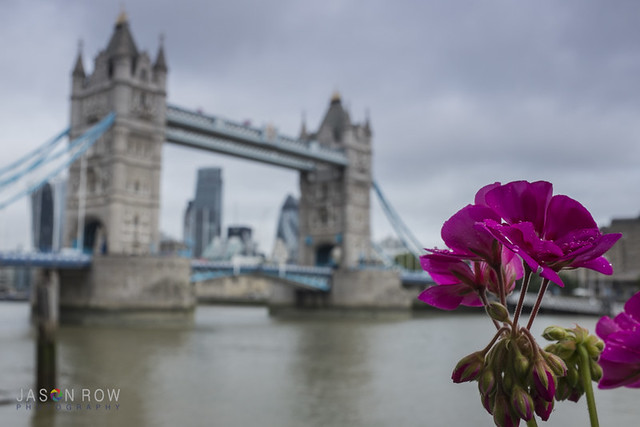 Shard and The City

Two locations for the price of one both shot from Tower Bridge itself. Take the western side of the Bridge to the base of either of the towers and here you can get great shots of both the beautiful Shard London and the constantly changing skyline of The City. Early morning will give you the golden light falling on both whilst late afternoon and early evening can see the sunset over the Thames. The night lights of both locations is spectacular and I have not found any tripod restriction on the bridge itself, so long as you do not obstruct the highway.

There are numerous spectacular views, both wide and close to be had in a wander through The City, the financial heart of London. On weekdays there is the hustle and bustle of money being made and traditions being kept. At weekends the place becomes deserted allowing for a more relaxed wander through the streets. Ultra modern architecture sites beside centuries old buildings creating a dramatic contrast, whilst the newest skyscrapers tower over Victorian streets. It is a great place to wander aimlessly with a camera. Lighting can be tricky here because of the shade of the narrow streets but you can use these shadows to your advantage. 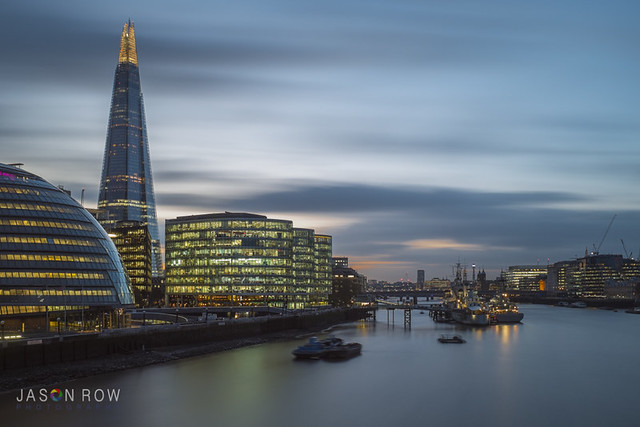 There are no issues using a tripod on Tower Bridge so long as you do not obstruct the pavement. Photo by Jason Row Photography

This magnificent cathedral can be tricky to shoot, hemmed in as it is by the narrow streets of the city. Some of the best views are from the south side of the Thames near Tate Modern and incorporating the Millennium Bridge. However, there are again tripod restrictions here so night shots are a no no. Crossing the bridge there is a good view of the cathedral that incorporates some steps as leading lines into the main shot. 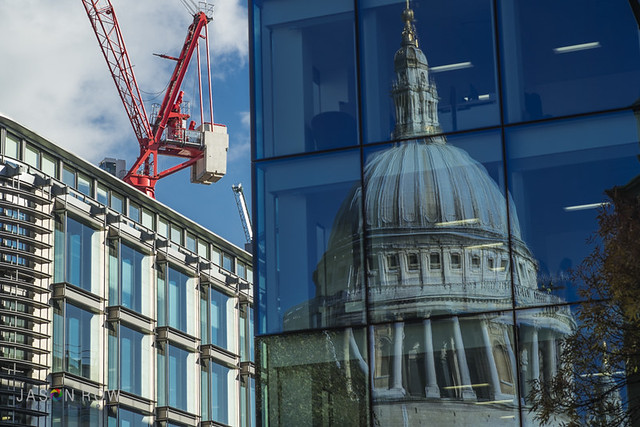 St. Pauls is another shot where it's worth thinking outside the box. Photo by Jason Row Photography

London’s new financial district rose out of the derelict docks in the early 90’s. Building here is incessant and the skyline is constantly changing. Shooting on Canary Wharf can be an issue for two reasons, firstly there is so much architecture packed together and secondly, as private land there is an army of over zealous security guards who all have different definitions of professional cameras. A better option is to shoot from the southern side of the river, along the Thames Walk in Rothehithe. Here you can get a full on cityscape of Canary Wharf with the Thames passing in front. In the evening the district is spectacularly lit and can lead to some stunning shots. 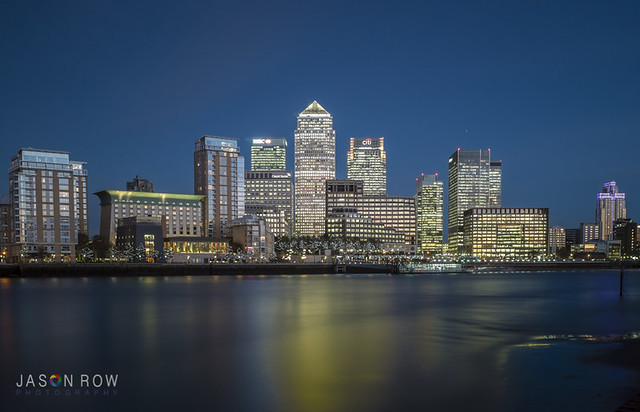 As we said in the first article, London is a vast and infinitely photogenic city. If you are planning a trip to shoot the UK’s capital make a plan. Avoid trying to get everywhere in two days. If you have only a short time there, pick one or two iconic locations and concentrate solely on them. Do this and you will be rewarded with some great shots of this fantastic city.