With modern DSLR’s, we often take exposure metering for granted, knowing that our camera will nail the exposure 99% of the time. Many DSLR’s have more than one metering mode, the others, despite their usefulness are often overlooked and never used. In this article we will have a look at how meters work as well as a run through the metering modes often found on a DSLR.

Few of us stop to consider that in the time it take our finger to go from a half press to a full press of the shutter button, the computer inside our cameras has processed huge amounts of information and made fundamental exposure decisions based on what it believes we are taking a photograph of.

So how do these marvels of modern technology work?

When a DSLR measures exposure in any metering mode, it compares it to an inbuilt database of thousands of images and makes an estimation of what the scene is. For instance, if you are shooting a sunny beach scene, the camera will be looking at these types of scenes in its database and working out which exposure will give the best results.

For most cameras, the exposure meter will only see in black and white and to obtain the correct exposure it uses what we call 18% grey as a reference. This is a mid point grey that has been worked out from the average light levels of thousands of different scenes.

The problem with it is that often, the light reflected from your scene may be brighter or darker than 18% grey, leading to incorrect exposure. This is when then the camera’s image database come into it’s own. It’s not infallible and sometimes camera’s will still make mistakes. For this reason understanding metering modes is useful, so lets have a look at the three main modes most DSLRs will have.

Matrix Metering – This is currently the main metering mode of modern DSLRs. Fans of Ansel Adams, zone system will instantly understand matrix metering. Basically, the scene is broken into multiple areas or zones. Each zone is independently metered and an average exposure for the entire scene is calculated. For most shoots matrix metering is ideal, but there are good reasons to use the other two modes. 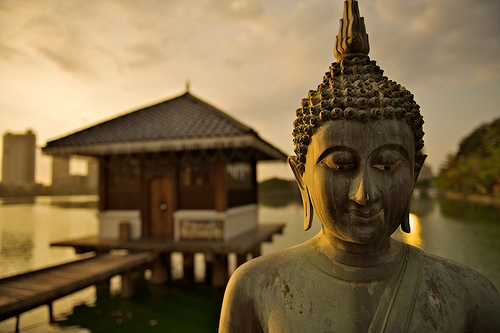 Center Weighted – As its name suggests, center weighted metering measures predominantly from the middle of the image and to a lesser extent from the outer parts of the image. Like matrix metering, the scene is then averaged out but giving more “weight” to the center regions of the image. The best use for this is when you have an average scene where your main subject is in the centre of the frame – for example photographing someone in a field or on a street. 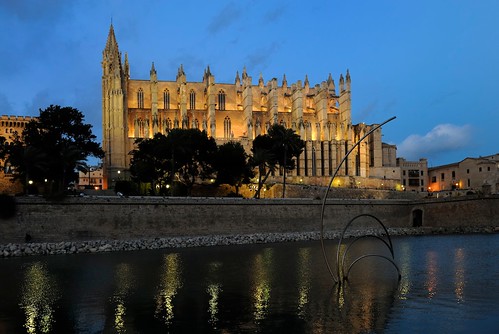 With the main subject in the center, center weighted mode is used here – Photo by the Odessa Files

Spot Metering – This is perhaps the most useful and yet difficult to master metering mode.  Spot metering will only measure the exposure falling on a small region in the center of the viewfinder, this is usually about 5% of the frame area but on some more advanced DSLR’s this can actually be redefined to your own preference. The main use for this is when you want the exposure to be perfect on your subject, for example preventing the face of a backlit subject from being too dark. When in spot metering mode, you direct the exposure point at your subject, lock the exposure, usually with a half press of the shutter or with the exposure lock button if your camera has one, and then recompose the image. Remember, to return to center weighted or matrix modes when finished as spot metering in general will cause wild fluctuations in your exposure if you leave it on by mistake. 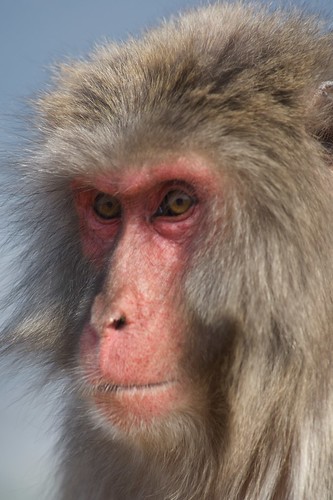 To maintain detail in the eyes, spot metering mode was used on this image – Photo by the Odessa Files

Within these modes, some cameras employ more advanced techniques. Nikon’s professional cameras, for example, can meter for color within a scene, reducing the chance of blowing out a single color. They also employ 3D metering, using the distance information from the lens to determine what the subject should be and exposing accordingly.

Of course, as mentioned, no metering mode is infallible and the only true way to get perfect exposures every time is to understand the relationship between your camera, your subject and the light, and then setting your exposure manually.

I am planning to launch a site for aggregating photography related news ,blogs and reviews.
Can you please give me permission to use content partially? And we will be providing leads to your site to read full content.
Please let me know how to proceed on this.

Thanks for this. It’s now a bit less of a mystery, and I can’t wait to experiment more!

This was very helpful. I always learn so much from your articles and videos. Thanks.

Thank you for posting this information. Since most DSLR’s have metering as a feature of the camera, how crucial is it to have a hand held light meter? Are hand held light meters used out of convenience, to not have to flip through camera modes? Or is it just photographer preferences? I’m trying to understand what I should purchase to take my photography to the next level. I am a photography enthusiast and I don’t want to purchase something I don’t need. I’m using a Canon rebel 3Ti, not sure if that information helps or not. Thank you for considering my questions 🙂