Almost every photographer gets asked this question at least once a week (and often much more). “What camera do you recommend for somebody who is into photography, but doesn't want a full DSLR?” There are a huge group of aspiring photographers who are into photography enough to want professional looking images or a bit more control over their camera, but who don't want to spend the money, or carry the heavy load required when you get a DSLR. There are also a lot of former DSLR lovers who just want something a bit smaller to carry around. 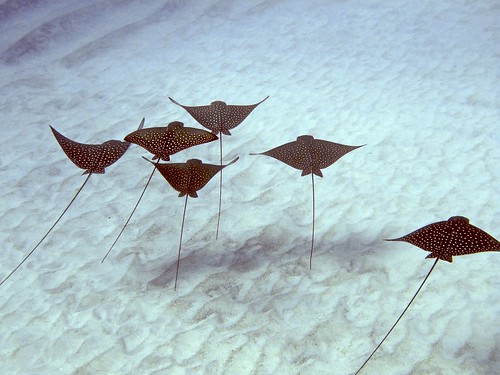 So what are they all to do?

Now usually there will be a slew of reasons that a person might like a camera somewhere between a DSLR and a point-and-shoot compact camera. Weight, quality images, more control, price – these are all reasons that crop up time after time.

Bridge cameras (cameras that “bridge the gap” between compact and DSLR), by-and-large, cover most of these issues well. With smaller cropped image sensors which allows their lenses to have a shorter focal length (than most DSLRs), the zoom range of most of them is great (often up to and over 400mm equivalent). 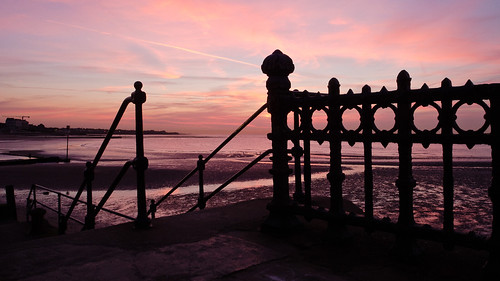 Margate Sunset by Andrew Stawarz, on Flickr with a Nikon P7000 Bridge Camera

Key benefits of a bridge camera include:

I have several professional photographer friends who carry around one of these when they're out and about their daily activities – you know – in case “that shot” presents itself as an opportunity.

It's not necessarily all up-side though. If you are used to the control offered by a DSLR then you might find the control functions of a bridge camera a little limiting (some might actually enjoy this – it really depends on what you're after). 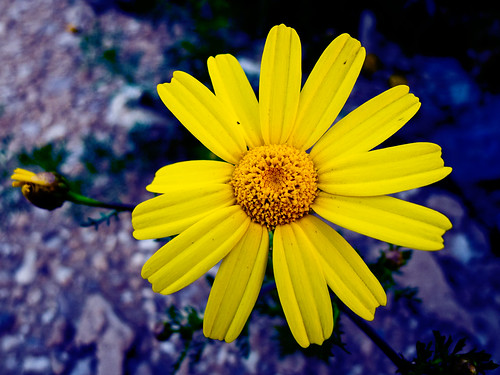 Chrysanthemum by Roni G, on Flickr on a Panasonic DX5 Bridge Camera

Limitations you will run into include:

Some popular bridge cameras include these: Nikon P90, Canon Powershot S and the Fujifilm Finepix-S series. There is a good comparison of some of the better bridge cameras available here.

Now, a bridge camera isn't always for everyone. They are getting squeezed by low-end DSLRs and high-end compacts (which are all improving with time). But they can be a nice half-way point for a band of photographers who don't want either of those. And, if you get the camera that suits you, it's personal preference that wins every time.

I use a Fuji S4000 bridge. The images I submitted earlier were taken with it. The more I use it the more impressed with it I become. There are two things that annoy me about it, one small, and one large. The small one is that the Fuji has both an LCD screen and a view finder. A switch near the VF toggles between the two. A few weeks ago, I noticed the button was missing. It had fallen off! Not impressive on a new camera. So now I use the LCD exclusively.

The major annoyance is shutter lag and poor low light performance. This is definitely a day time only camera! I can’t use it in any low light situation without a tripod. The flash is crude and almost useless.

But during the day, it really shines. It is light, has a really sweet lens that zooms way out to almost 700 mm. It can do panoramas, auto bracket, etc. too. Beats carrying the old Nikon around and saves on chiropractor bills!

This has certainly helped me to make my decision. I will happily G12 welcome to my home! Thanks very much.

As a photographer, I don’t always have time to get out my DSLR. I use a bridge camera to capture those unexpected moments. Nice and informital article.

It seemsit is again a marketing propaganda time. There are no class such “bridge”. There are point and shoot, compacts and slr. What post talk is about compacts.

I feel all types of camera are awful, just use a smartphone and you’re sorted

I agree with Lewis, especially the new Samsung