Crowdfunding is a relatively new phenomenon that has emerged over the past few years to help creative people fund their personal projects, including photographers. Kickstarter was the first company to offer this type of platform and others such as emphas.is and IndieGoGo have emerged since. Crowdfunding is a unique way to raise funds for projects by offering creative rewards to individual backers who pledge various amounts. Recently, we successfully funded our project on Kickstarter and wanted to share some lessons we learned along the way.

1. Build enthusiasm before launching your project.

Three weeks before launching our Kickstarter campaign we announced our project by setting up a website and creating a new mailing list. This allowed us to get the word out to people and build some anticipation for the Kickstarter campaign. We created an opt-in email signup on the project website which allowed us to establish a small network of interested people. This initial network of people ended up being some of our most dedicated and supportive backers throughout the campaign. 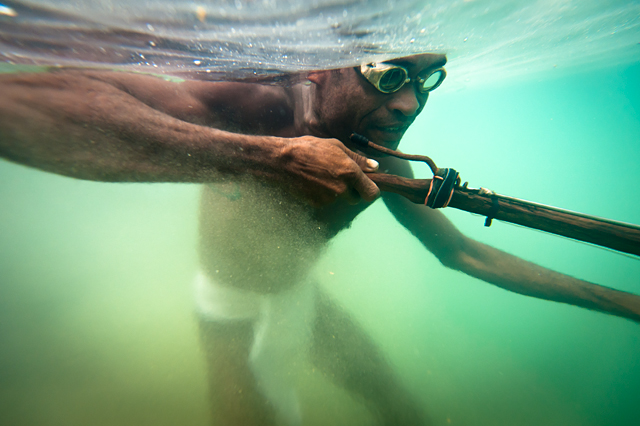 2. Create a personal and storytelling video.

Creating a video to tell people about your project makes your crowdfunding campaign much more compelling. A video doesn't have to be professionally done, but rather it should be personal and make a connection to those watching it. People are not only going to be making pledges towards your project, but they are investing in the individual/s behind the project. A video is the perfect way to show people who you are and the excitement you have for the project. Of course your video should include the specifics about your project, but more importantly it should make a connection.

Kickstarter is an ‘all or nothing' platform, which means that funding is only released if you reach or exceed your set goal. Other crowdfunding platforms, like IndieGoGo, allow for funds to be released even if you don't reach your goal. One reason we decided to use Kickstarter was because of their ‘all or nothing' approach. We felt this would allow us to push harder and perhaps create a sense of urgency among those viewing the project. It did, in fact, do both of these. Throughout the campaign we were forced to explore creative ways to find backers. Likewise, you can see from the graph below that most of our pledges came in during the last two weeks of the campaign – when pressure was at its highest. People respond well to deadlines and pressure and the graph clearly shows this. We set our funding goal to the minimum amount we needed to complete our project, even though it seemed a little high at the time. We could have lowered our initial project goal, but decided to go forward with what we really needed to complete our project correctly. Once you choose your project's funding goal you cannot change the amount, so give it some careful thought. 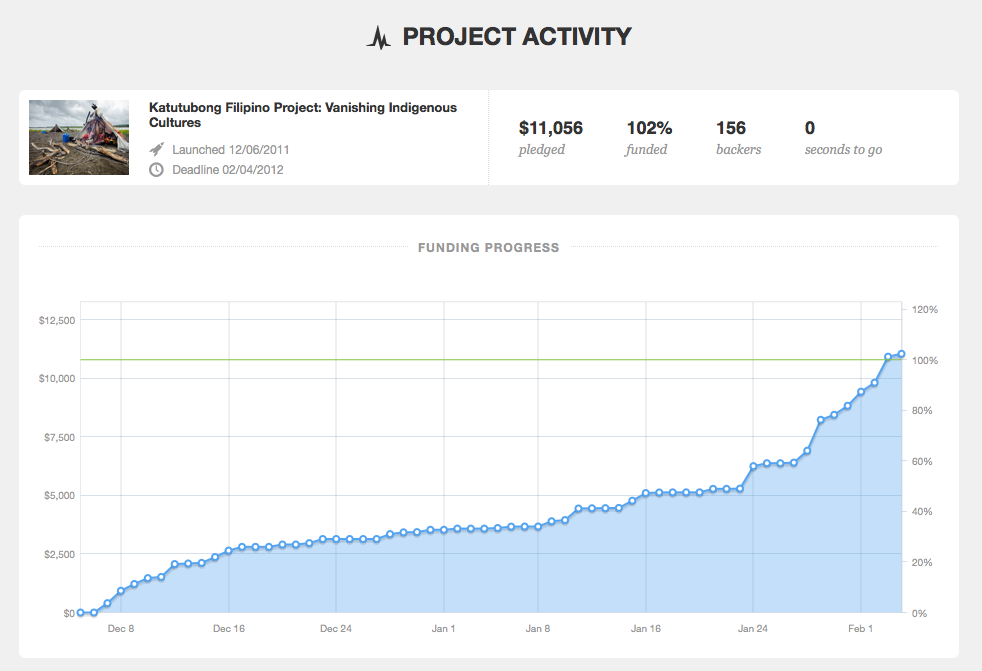 The more straightforward you are about your project goals the more interested people will be in becoming a backer. It's important to have a clear beginning, middle and end to your project with a specific time frame. Long term projects with loosely defined goals will struggle to find support using the crowdfunding platform. Projects that state a clear problem and offer some type of solution will likely register better with those wanting to offer their support. Likewise, it's extremely important to let people know specifically how you will be using the funds raised.

Having different networks of people is key to hitting your project goal. Initially your network may include your family and friends, but generally you will have to reach far beyond that network if you want to see your project get funded. You will have to put the time in and figure out creative ways to build up your networks if you do not already have a strong ones. Building up a small network of interested people was the main reason we decided to announce the project before officially launching it on Kickstarter (see # 1 above). We ended up reaching out to colleagues, previous customers, friends, family, advocates, local organizations and photography followers. This was done by sending out emails, writing guest blog posts, making phone calls and giving presentations. The strength of your networks plays a big part in any crowdfunding project and you have to take the time to let each group know why your project is important to them. Remember, the project is always new to someone so branch out and try different things.

Going into this campaign we believed that Kickstarter users (Kickstarter's network) might contribute a significant portion of our goal. However, you can see from the pie chart below that the majority of pledges were not referred by Kickstarter (the Kickstarter percent below is even a little high because this also includes those who clicked on the Kickstarter widget placed on our external websites). The majority of our pledges were from first time backers. Kickstarter did not actively help promote our project in any way. Something to keep in mind.

6. Offer creative rewards that don't require a lot of overhead.

Creative rewards are often what will make individuals pledge to your project. Kickstarter even suggests that “rewards which are overpriced or uninspired struggle to find support.” However, it's important to think about how much your rewards will cost to fulfill while still keeping them creative. To keep our reward costs down we decided to offer digital downloads and personal phones calls for lower tier pledges. We also offered name recognition on the project website and other materials produced by the project instead of more costly tangible rewards. We did, however, offer prints to higher tier backers. Something else to keep in mind is that when individuals make pledges some will opt out of receiving rewards. 24 of our 156 backers opted for no reward which brought down our costs slightly.

By creating updates during the course of your crowdfunding campaign you show people that you are dedicated and enthusiastic about your project. Likewise, updates are used as reminders and allow people to learn additional information about your project. Kickstarter allows for blog style updates within their platform and we experimented with a few different update techniques. We created one video update and even started a vintage print raffle to encourage more people to make pledges. The video update got a lot of positive responses – most likely because people were able to see us and connect with us in some way. Additionally, we used social networking ferociously to spread our updates and share the project. Without regular tweets and Facebook posts I doubt our project would have been funded.  We also wrote thank you messages to everyone who made a pledge and responded quickly to any questions or suggestions people had. Staying engaged with people (even those who have already made a pledge) keeps everyone excited and excited people are more likely to share with others.

We did a lot of research before starting our project on Kickstarter and Photoshelter's free Guide to Crowdfunding Your Photography Project was our most useful resource. I'd highly recommend reading through this guide if you are interested in starting your own crowdfunding photography project.

I'm a freelance travel, culture and documentary photographer based in the Philippines. My passion lies in creating images that communicate a strong sense of place and cultural awareness in unique, challenging situations. You can see my work at www.jacobimages.com

Considering doing kickstarter for a film project. My question is what website do you use to handle the digital download aspect? Any info you can provide would be greatly appreciated.

Hi Magen. I’m just now seeing your question. However, I’m not quite sure what you mean by a digital download? Are you trying to offer a digital download as a reward? If so, Kickstarter will not be able to handle this. Kickstarter is only for the fundraising aspect, it’s not designed to be used as a reward delivery system. I can try to help make suggestions if you can let me know what it is you are trying to do.

I was thinking of starting a photography project capturing our countrys tribal villages in mountains, their culture, and lifestyle.

Do you think i can manage some crowdfund for this idea?

I wish to publish a photo book based on that project as well.

ty may u all find simplicity in photography.