Sometimes, as a photographer, you're going to want to lead people to look at a specific part of your images. There are a lot of various techniques that can be used to help you draw the eye of a viewer in situations like this, so let's look at a few of them.

Compose With Lines – A photographer can use objects to “point” to other objects. Sometimes this can be done subtly and sometimes it is more obvious. Which works better largely depends on taste. Look for objects such as fences, paths, tree branches or other lines that can be used in your composition to draw the eye of the viewer to an area of the image that you want them to look at. You might also want to get to grips with using the s-curve as a compositional guideline as it can also be used to guide the eye to a focal point. 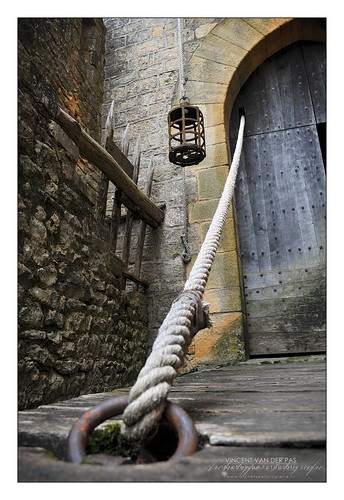 Use Light – The lighter areas of a photograph will often draw more attention from a viewer than the darker areas. If the main subject of your image is brighter compared to its surroundings then it will naturally draw the eye. One easy post-production technique used by a lot of photographers is to add a vignette (older and less advanced lenses would do this naturally) which adds a darker area around the edges of the image, leaving the center brighter. Other ways to do it in post production include dodging and burning. You can do it “in camera” also, but making sure the main subject of your image is well-lit. 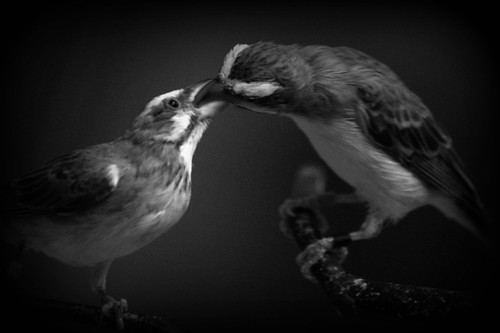 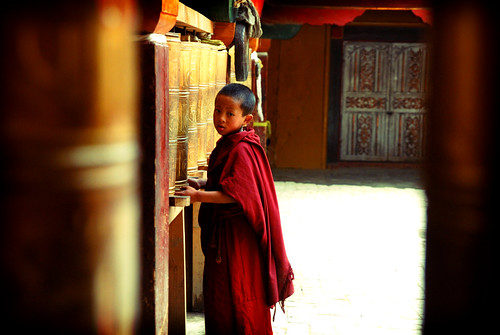 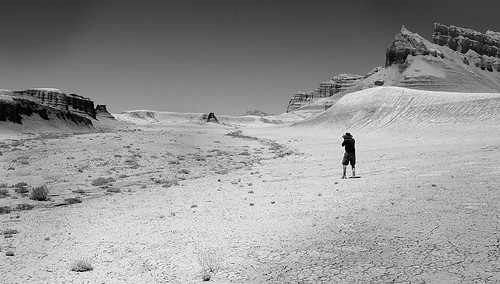 Dad in Black and White Landscape by brentbat, on Flickr

Use Subject Contrast – This one can be a little harder to do, but finding contrasting subjects can be a very effective way to draw the eye. For example, a cat in a group of dogs will obviously stick out simply by virtue of the cat being out of place. It can be difficult to find situations like this, but it can be very effective when you do. One common way to do this in people photography is to contrast elderly carers holding young children or babies so that you have that contrast in age.

Remember the Rule of Thirds – Love rules or hate them, the fact is that the vast majority of the time a human will be drawn to looking in the general area of where the thirds converge on an image. If you're not sure what that means then check out our guide to the rule of thirds. A very similar, but slightly more complex guideline can be found with the golden-section. Knowing these two compositional rules will enable you to make an informed decision about where to place the main subject in the frame of your photograph.

Use Depth of Field – The aperture setting on your camera presents an opportunity to bring into sharp focus a specific element of the image you are capturing. By having blurred foreground and background, you can literally and figuratively place the focus on the exact part of the photograph that you want to. This is probably one of the easier methods to draw the viewers eye to where you want it, but it is also one of the more effective techniques. 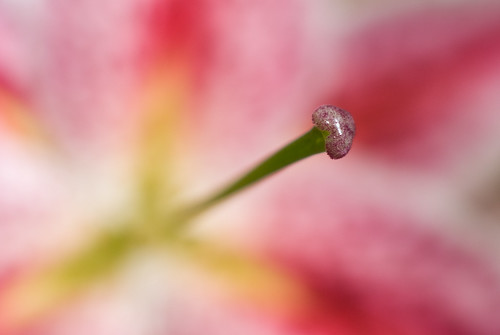 While you may not need or want to draw the eye to specific centers of interest within every photo, it's always good to keep a few of these techniques in mind if you want to.

nice article . composition is everything. great ideas with using light .. will try that more consciously in the future