A good photo isn’t automatic. It doesn’t matter how new or expensive your camera is; good shots don’t just happen because you press the shutter. There are all sorts of things that can ruin a shot: overexposure, underexposure, poor composition, missed focus. Regardless of what camera you’re using, things like this are remedied almost entirely by way of good technique. It’s a must that your camera have a reliable metering system and an accurate focusing system, but you, the photographer, have to make sure you’re making proper use of it all in order to minimize the number of useless photographs you make.

Go Away, Camera Shake!
Perhaps chief among factors that can ruin a shot is (unintentional) camera shake; you’ve got a proper exposure, you’ve locked focus, you’ve got a good composition…and you’re rewarded with a blurry shot. Exasperated and disappointed, you’re thinking to yourself — probably aloud — “What gives?!”

The most common culprit is shutter speed. Trying to handhold a camera at too slow a shutter speed is going to be a problem. The rule of thumb concerning how to achieve sharp images when handholding your camera is to use a shutter speed faster than or equal to the focal length of your lens. This means that if you’re using a 50mm lens, then you’ll want to set your shutter speed to no slower than 1/50. It’s an easy rule to remember and it’s generally effective, but there are time when you simply need a more powerful solution. 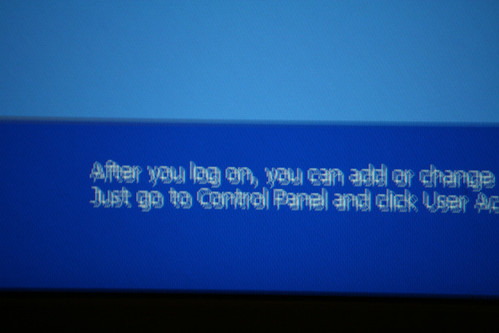 Test at 250 mm, IS disabled by Quistnix!, on Flickr 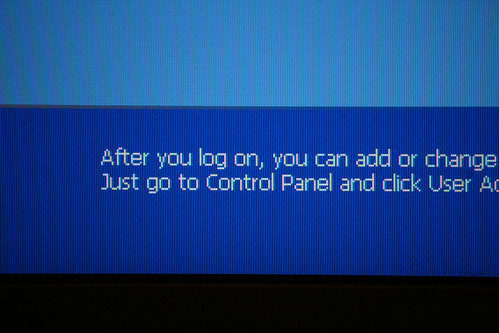 Test at 250 mm, IS enabled by Quistnix!, on Flickr

Lens-based stabilization employs a complex system of gyroscopes, electromagnets, and floating lens elements that all work together to detect camera movement and then counteract that movement, taking thousands of readings per minute to provide on-the-fly corrections. 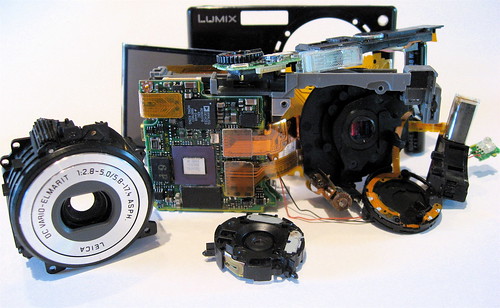 Peering Inside the Black Box by jurvetson, on Flickr

While the manual provided with your camera or lens should cover how to use any provided image stabilization, some users fail to read that information and end up thinking the stabilization feature is something they should turn on and leave on.

That’s not always such a good idea.

When to Turn it Off
The most widely used stabilization technology is designed exclusively for handholding and, thus, should be turned off when mounting your camera on a tripod. You don’t have to do a lot of Googling to see just how many people have complained that their lens’ stabilization was worthless, only to discover from a more experienced photographer that it doesn’t work properly in conjunction with a tripod. It’s not supposed to. Mounting a camera to a tripod while image stabilization is turned on creates a situation where the camera’s/lens’ stabilization system detecting and trying to counteract its own vibrations. This feedback loop just confuses the camera and does absolutely nothing to eliminate blurriness. In fact, you may find that camera shake is even worse in this scenario.

Another important point to keep in mind about basic stabilization technology is that it does not enable you to freeze motion; again, it is designed to allow you to capture sharp images of stationary subjects at slow shutter speeds. Image stabilization doesn’t help with moving subjects.

Basic forms of stabilization also don’t work well when panning. This is another instance in which you should switch the image stabilizer off.

Smooth Sailing
Fortunately, technology itself is not static. Some of the more recent advancements in image stabilization have brought forth systems that can tell when a camera is mounted on an external stabilizing device such as a tripod, and will automatically cancel the built-in stabilizer. Others include a “tripod” mode that can compensate for the effects of the tripod. Additionally, there are systems available that include a mode designed to stabilize panning motions.

Using a tripod to photograph still subjects — particularly at slow shutter speeds — will probably always provide the very best results; use a remote shutter release and the mirror lock up function to boost your chances of getting the sharpest images possible. The problem with that, however, is one of practicality. You can’t have a tripod with you at all times; you won’t always have time to flip the mirror up for every shot. And this is where image stabilization is a life saver. Just be sure to use it correctly.

Using image stabilization is not cheating, but don’t let it turn you into a lazy photographer. Good technique will always be your greatest asset.

I was aware of not using IS when on a tripod, but did not now I should turn it off to freeze action shots. Thanks!

To freeze action shot you need higher shutter speed. Image Stabilization will not help whether it’s on or off.

There are 2 option: 1 open the aperture, 2 increase the ISO. To get enough shutter speed to freeze action.

a giant flashlight the size of a large redwood tree helps

I thought that Nikon VR could sense panning and has some benefit. I understand the options. Action photography frequently pushes all of those limits to show motion.

It has also been suggested that you turn VR OFF if your shutter speed is the reciprocal of the focal length of your lens. Tried it. Agree. e.g. 1/125 + 50mm > OFF.

When shooting using a tripod on a very gusty windy day, you can keep the IS on to counteract any shaking of the camera by the wind.

What I am trying to find out is if to use image stabilisation handholding in normal light conditions, lets say for a correct exposure at 1/250 tv which is way above the minimum of 1/60. Should I still use image stabilisation? everyone goes on about the tripod scenario. Could using IS on fast enough shutter speeds say during street photography have negative outcomes like the tripod case?

I shoot military fast jets through to transports and helicopters. Bottom line for me is if I’m shooting fast, switch off the IS. Reason, I have found there is a lag between focus on subject, and the IS engaging. It causes blurr. This is from the lens feedback that is looking for vibration to react to. For slow moving rotary I have to be below 1/200, or even at 1/60 for helicopters, so I engage IS, but I have the time. Now, I have stationary and panning IS. Seems simple? No. There is a thick grey line between how “slow” stationary is, and how horizontal something must be to “pan”. This bit is trial and error. If I think the subject is likely to go vertical, or not fast enough for “pan” I use stationary IS. Example, helicopters are 99% stationary IS. Fast jets mostly no IS unless I want blurr on take off shots, and propellor types is quickly make my mind up. Hope that helps.