Royalty Free is the relative newcomer to image stock licensing and has become probably the most common license due the rapid growth of the Microstock agencies. In effect, it is a pay once, use for anything license, but with certain important caveats, that I will come to shortly. The person buying a Royalty Free license is generally granted the rights to use the images as they like and as many times as they like. They do not own the image but they do have a virtually unlimited license to use it as they please.

The caveats are as follows and are usually set down by the stock agency. Any people, trademarks or other copyright objects will not be accepted unless accompanied by the relevant model/property releases. This is because Royalty Free images can be used for commercial products, for example a picture of a young girl may be used to sell a type of yogurt. Because the agency licensing the image has no idea what the image will be used for, they lay down fairly stringent rules as to what can be accepted without releases.

A classic example is that an image of the Eiffel Tower shot in the day would probably be accepted. If it is shot at night, it would require a release because the lights on the tower are subject to copyright. It is a veritable minefield but fortunately when sending images, the submissions department will spot potential problems and reject the image. 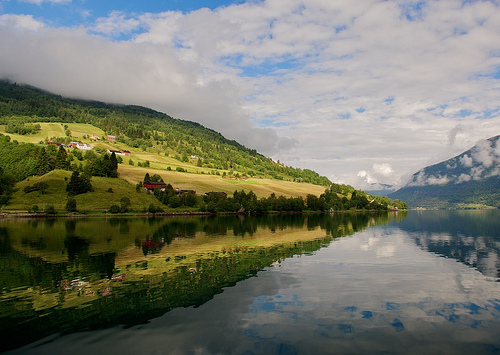 Two shots taken the the same time in the same location. The first image would be acceptable as Royalty Free as no licenses are required. The second shot would almost certainly be refused unless you had permission from the ship's owners as the company's logo is clearly visible.

The Rights Managed license was, until the advent of digital photography and Microstock agencies, the more predominant license. It is still the most important license in higher end stock photography because it allows an image to be used exclusively.

Generally images sold under a Rights Managed license are not as restricted by releases as Royalty Free. This is because the terms of the license define its use. In the above example, the magazine would be defined as editorial use and therefore an image of a person would be allowed. If a company advertising a product or service within the magazine used the same image, its use would be defined as commercial and therefore would require release.

In a further sub clause of the Rights Managed license, a potential buyer can request restrictions on further use of the image by other licensee’s. For instance a British bank using an image for advertising in the UK may request that the image is not used for any other advertising within the UK. These restrictions usually incur an additional surcharge to the original license.

This Rights Managed image has sold both commercially and editorially. Penguins do not require releases.

As mentioned, this is only meant to be a short rough guide to licenses; there are further sub clauses within licenses and various other restrictions. If in doubt, contact your stock agency and ask them what license would be preferable. There is also a wealth of information out there regarding releases and what can and cannot be used without them.