While not an entirely new technology, mirrorless cameras manufacturers have been enjoying a steady rise in interest of the compact cameras among amateurs and professionals alike. Initially marketed at serious amateurs who were looking for more from their point-and-shoots, but were not interested in a DSLR, the mirrorless camera, has helped fill a gap in camera technology. Their lightweight design offers users the comforts of carrying only a compact camera and their DSLR sized sensors produce images which rival some of the most popular DSLRs on the market.

How Does a Mirrorless Interchangeable Lens Camera Work?

In a nutshell, cameras traditionally record images by taking light (thus, an image) in through the lens, reflecting it up to the viewfinder and then sending it back to the film or digital sensor using a mirror that flips up and down when the shutter release is triggered. This is how the term single lens reflex came to be.

As technology advanced, digital point-and-shoot cameras entered the market which eliminated the need for a mirror by electronically sending light to an LCD viewfinder which displayed it as a live preview. With the removal of the mirror from the camera came a great reduction in it's size which appealed greatly to novelty photographers everywhere. These mirrorless point-and-shoots were perfect for the average person, but their small sensor size (usually about 1/12th the size of a DSLR sensor) left a bad taste in the mouths of discerning photographers who wanted more control of their cameras. This spurred the need to create a compact sized camera that packed a little bit more wallop. 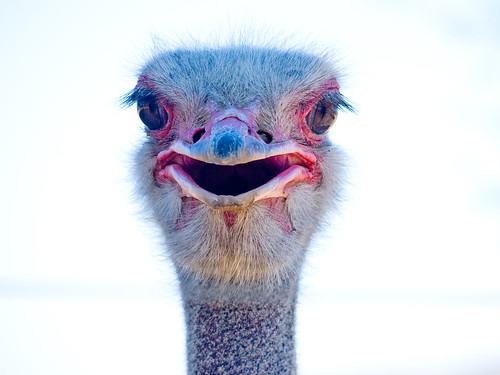 What Are The Advantages of A Mirrorless Interchangeable Lens Camera

By now, the advantages of a mirrorless interchangeable lens camera are probably becoming fairly obvious. Compared to their DSLR counterparts, the MILCs are small in size. Depending on which lens you have mounted, most of the cameras will slide right into a pocket for easy on-the-go photography. As we mentioned earlier, the sensors in most MILCs are full sized. Meaning they have sensors as large as the ones that go into our coveted DSLRs, giving us excellent image quality.

Another perk of using a MILC is how quiet they are. Less moving parts, i.e. a mirror, make these powerhouses nearly silent. It's not just average person looking for a high-end compact camera who's taking notice either. Having combined size and image quality with their overall unassuming appearance and serious street photographers everywhere began taking notice. They are almost ideal to have when you are trying not to draw attention to yourself.

The Drawbacks of MILCs

No, the MILC isn't quite perfect yet. As manufacturers continue to improve their technology, users of the MILC are forced to take the ups with the downs. One of the main shortcomings of many MILCs is their somewhat sub-par performance in low-light settings, despite having a large sensor. Granted, low-light performance on a MILC is light years ahead of most compact camera's, many MILCs struggle a bit compared to a DSLR.

The auto-focus feature, too, is bit more sluggish than a DSLR, making it difficult to capture sharp images of fast moving objects. That's a deal breaker for sports photographers and is something that will hopefully be improved upon in the near future.

You may also want to check into what lenses are available before you dive into purchasing a MILC. Brands like Pentax stuck with their K-mount, meaning you can use any Pentax lens with your MILC, but not all manufacturers were so kind. There is a wide assortment of lenses available for all brands of MILCs, however, if you prefer to use a specific lens, check to make sure one is available to fit before purchasing the camera. In some instances, it may be as simple as using an adapter to make your current lenses fit.

Which Mirrorless Interchangeable Lens Camera is Right For You

Let's not get into the exhaustive task of comparing all the different models, as there are plenty reviews available on the internet. The Panasonic Lumix G Series is very popular and already have a rather cult like following. Panasonic also makes the Lumix DMC-GH2, which is geared towards shooting video, something it does an outstanding job at. Other popular models include the Sony NEX and the Olympus Pen Series. Pentax is also taking grip on the market with it's oddly designed Pentax K-01.

Bottom line, MILCs are the closest we've come to combining the best of both worlds and can be both a joy and a pain to operate. And yes, they can be expensive! Especially if you to chose to buy additional lenses for them. Make sure you do your research beforehand and talk to people who have used one before to help you choose the right system. If you have or currently use an MILC, be sure to share your experiences in the comments below!

Thanks for the article! It has a bunch of great info 🙂

I have tried all the mirrorless cameras and the best of the bunch by far in terms of flexibility and image quality is the Sony NEX, by a pretty wide margin.

I’ve yet to shoot on a NEX, but I think you may have just convinced me to give one a try!

I Have exchanged my old DSLR Canon 20D kit and 1 kg of perfect lenses with Olympus E-PL1 double kit when discovered that Internet sites is almost the only place to show my pictures.
The problems with capturing fast moving objects is the only constraint for me. Everything else is much more important. And at least the camera is always with me giving me more opportunities to capture the moments of life.

Thanks for sharing this, Oleksandr. I’m always curious as to the opinions of those who have traded in a DSLR for a MILC. Hopefully, as the manufacturers continue to improve the technology, the ability to capture fast moving objects will be improved upon as well.!

Thank you for sharing this article! I’m new at this and this has really helped me a lot. 🙂

But I still haven’t decide on whether to get an ILC or a DSLR. I’m not a hardcore photographer but I do love to take pictures during dance concerts which has a lot of swift movements. But then again concerts only come around once every few months.

Samantha, I’m not to terribly familiar with dance concerts, but if they are low-light AND swift moving, you may want to opt for the DSLR. When you’re looking at ILC’s, be sure to ask the sales rep (or better yet, try it out for yourself) about shutter lag, which could really hinder you. Some MILC’s perform better than others in such situations. I haven’t personally shot on a Sony NEX-7 but they claim it has the fastest shutter out there with a lag rate at a mere 0.02 seconds, not too bad. But it comes at a price, they are currently selling for just over $1000USD.

If these cameras are full-frame, is it safe to say that an 18-55mm lens is truly shooting at 18-55? Or is there some other type of crop value that would need to be factored?

Considering a full frame sensor is 36 x 24mm, none of the forementioned cameras are full frame ones!

My favorite of the bunch, the Pentax. Because photography, at least to me, is an experience. The Sony produces better images, but the camera itself doesn’t win my heart over =)