London in August, what could possibly go wrong? The weather, of course. I had planned a two week break to visit family and to shoot stock in my birth city, something I had never really done before. Generally London in late August the weather is fairly benign and reliable, late August 2014 proved to be not quite so co-operative.

My first planned shoot was an early morning venture to the Tower Bridge area and the signs from the 05:37 AM train to London Bridge looked good. The predawn glow in the sky was a rich golden color all the way until the time the train pulled into London Bridge Station. By the time I had reached the Thames, that dull overcast that often afflicts London had set in. Undaunted, I shot a few handheld low light images, shot at ISO 800 that worked out quite well with some, quite heavy post production. 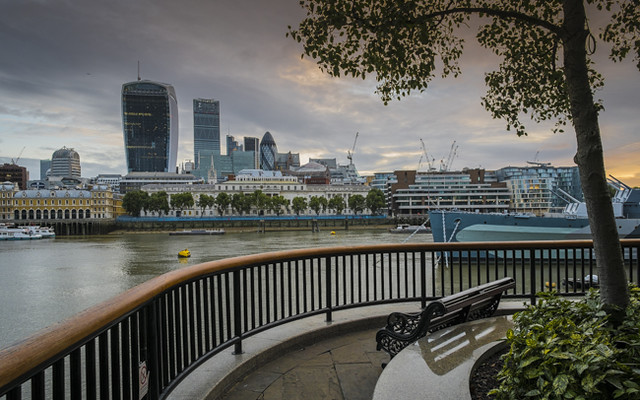 Some heavy post production was needed to get to this stage. Photo by Jason Row Photography

Arriving at City Hall the weather was no better and not looking like it would improve either. However having just bought a new square filter kit from Formatt-Hitech and carrying my trusty Manfrotto carbon fibre tripod, I decided to see what could be achieved in the poor light. I did a number of architectural shots in and around the City Hall area testing out both the hard edge ND grad filters and a 6 Stop ND.

After exhausting the photographic possibilities on this side of the river I headed over Tower Bridge to do some shots near St. Katherine's Wharf. As I got there, there was a brief let up in the skies that allowed me to get some fairly dramatic shots of Tower Bridge with the iconic Shard behind it. Again I used the ND grads to bring some life in to the sky and the camera was tripod mounted. By the time this brief interlude in the light had passed, the light looked increasingly gloomy and it was time for some photographic retail therapy in Central London. 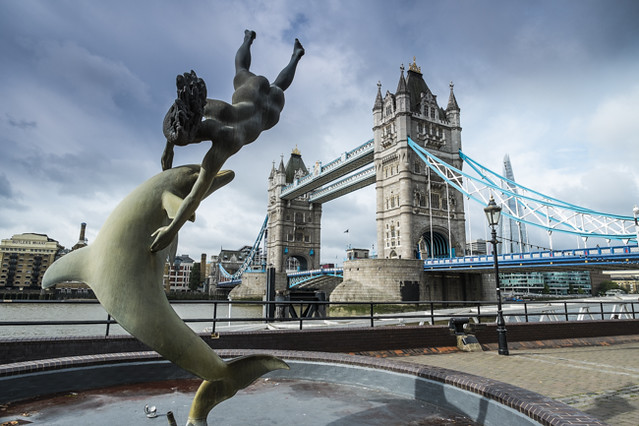 A fleeting glimpse of sunlight. Photo by Jason Row Photography

I tried a number of other shoots during my stay, virtually all unsuccessful, thwarted by a constant low cloud and gloominess, both meteorologically and personally. On my last Sunday in London however, there was a parting of the clouds in the afternoon, enough to inspire me to jump into my car and head to Westminster. By the time I got there, the clouds had disbursed into fluffy white cotton wool backed by deep blue summer skies. Perfect time for shooting.

Having about 3 hours before sunset, I decided to shoot as much as I could, handheld using my Fuji X-Pro1 and Fuji X100s. Being a Sunday in late summer the area was packed with tourists but despite this, I managed to get some fairly standard stock shots of the Palace of Westminster and the sights around this area before heading back to south side of the river to shoot Westminster Bridge at sunset. 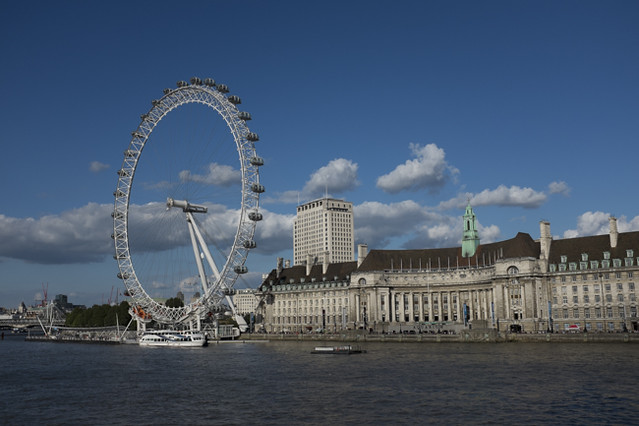 The only good day in two weeks. Photo by Jason Row Photography

I parked myself on a bench on near the London Eye and waited for the sun to drop, tripod at the ready, image already visualized. The light was looking great and as the moment came to start shooting, I prepared my tripod and mounted my camera. Within seconds, I was approached by a local security guard and told that the entire Southbank of the Thames in this area was private property and tripods were not allowed. There was no point in arguing, it was quite obvious that his daily brief was to go out at sunset and round up photographers with tripod.

However, this piece of petty bureaucracy was to work in my favor as I gathered up my gear and headed to the other side of Westminster Bridge opposite the Houses of Parliament. As I arrived, I realized that I was in a perfect position to get the sun setting right beside the clock tower and working fast I shot a series of different shots to capture this. 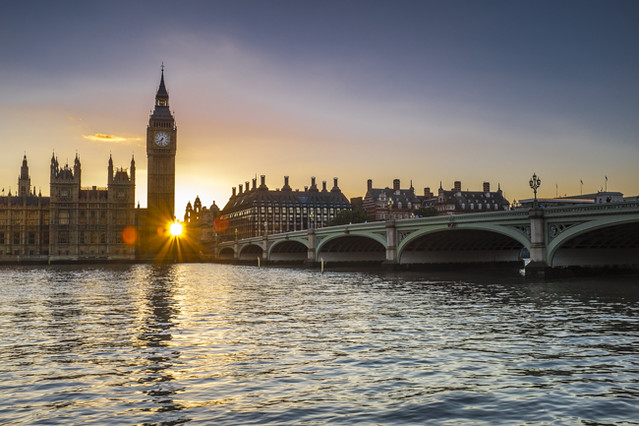 A happy byproduct of bureaucracy. Photo by Jason Row Photography

As the light faded the location revealed to me some other interesting angles and using the tripod, ND Grads and some slow shutter speeds I was able, at last, to have a successful London stock shoot. 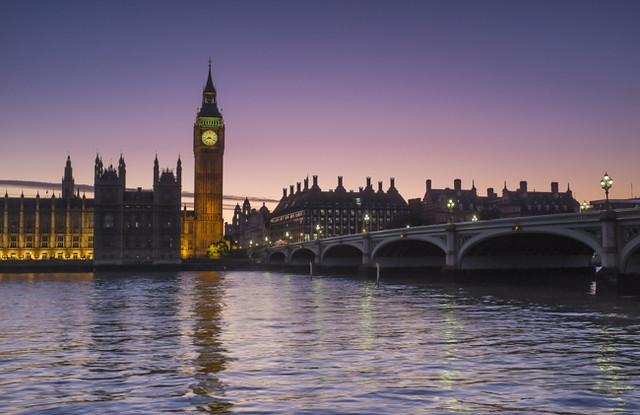 After the sun had set. Photo by Jason Row Photography

The lessons learnt from these two weeks were several. Firstly never plan on the British weather, be prepared to have a plan B. Secondly there is no escaping bureaucracy. Lastly, be prepared to move quickly if you see a break in the weather.

The main reason for shooting London, other than stock was to field test my Fuji mirrorless system and that, I have to say was a huge success. The lightness, instinctive controls and sheer quality of the Fuji cameras made shooting fun again. No longer burdened by heavyweight DSLRs and pro lenses yet still having access to wide aperture objectives I was more than happy to take a tripod with me wherever I went, allowing me to obtain much better images from a technical point of view.

The lessons learnt from using the Fuji cameras would serve me well on the next leg of my stock shoots, a week in Belgium covering the beautiful cities of Ghent and Brugge.

Thanks for sharing your images, I have always wanted to photograph London but the high cost of hotels have stopped me. I still plan on going in the next few years.

Hi Glenn,
Yes, London has a reputation for being an expensive city, but if you’re prepared to shop around and do your research it needn’t be really. As for accommodation, well don’t hesitate to venture away from central London. As long as you pick a hotel or B&B close to a fast connection (tube or over-ground rail) then you should be able to keep within a reasonable budget.

Hi Jason,
I agree with your comments re. the London weather… well I should know, I live here after all ! Anyway I like some of your shots especially the sun-set on the Houses of Parliament. As for bureaucracy etc…, well sometimes you simply have to take your chances. I’m planning a night-time shoot in Westfield Stratford City soon and I know that the place is simply bristling with CCTV. I’m simply expecting to have to pack up as soon as someone spots me.
Finally I’d be interested to know whether the shots you are showing here on this post have accepted by stock-photography sites. The reason I’m asking is that I’m thinking of using stock-photography sites for some of my pictures too and it still difficult for me at this stage to figure out what sort of standard they expect.
Thank you for your time,
Thierry – London