Zoom lenses are everywhere in modern photography — from mobile devices to point and shoot cameras to entry level DSLRs, a zoom lens is pretty much a standard marketing companion. Even many higher end DSLRs typically feature a zoom lens as part of the kit. Sure, you can always buy just a camera body and choose your own lens, but, with a few exceptions, it seems that the days when cameras came with a simple 35mm or 50mm lens are a thing of film photography’s distant past.

This isn’t an effort to denigrate zoom lenses because that would be pointless; zoom lenses play a vital role in photography. But given the dynamics of modern (digital) photography, it is quite possible that many new photographers have never used or even heard of a “prime” lens. 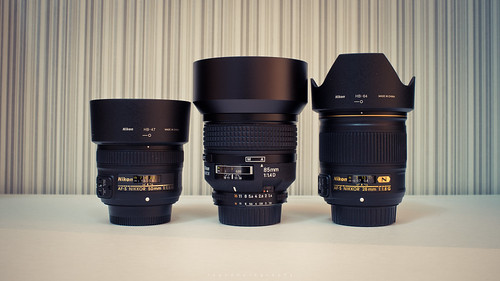 If you happen to be one of those who have never used a prime lens — a single focal length lens — you’re probably wondering what all the fuss is about. Is it just hype and no substance? Is the awesomeness of prime lenses all in other people’s heads?

Both of those questions can be assuredly answered, “No.”

So let’s go over the reasons why you should give prime lenses a try and why I’m confident that you will absolutely love the results.

One of the things you will hear most often when it comes to why photographers adore prime lenses is for their superior image quality. To be sure, there are indeed a handful of zoom lenses that produce images of a quality approaching — if not matching — some prime lenses. But this isn’t the norm and doesn’t apply to the majority of zoom lenses.

The main reason exceptional image quality is associated with fixed focal length lenses is because they contain less glass, a less complicated optics formula, and fewer moving parts than their zoom counterparts. This all translates to better contrast (which most people interpret as sharpness), less distortion, and more pleasing bokeh (out of focus areas). 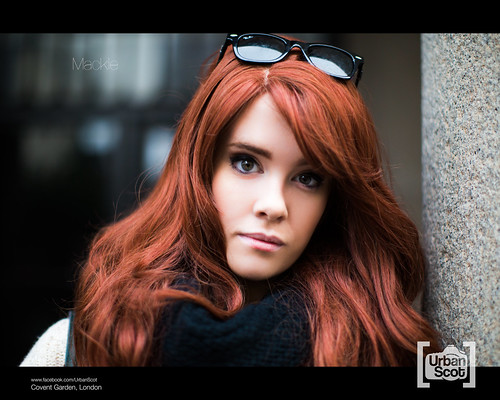 There is probably no zoom lens in existence that can match a prime lens in every aspect of image quality, and if such a zoom did exist, it would likely weigh a ton and be out of the price range of all but the richest 1%. Both Nikon and Canon make highly regarded 70-200mm zoom lenses, yet both companies also produce comparatively cheap 50mm lenses that are held in high esteem for their optical qualities.

Prime lenses simply hold a distinct advantage in the lens speed department. When you want to isolate your subject from the background, shoot indoors under poor lighting, or shoot outdoors at night, a prime lens is the way to go. 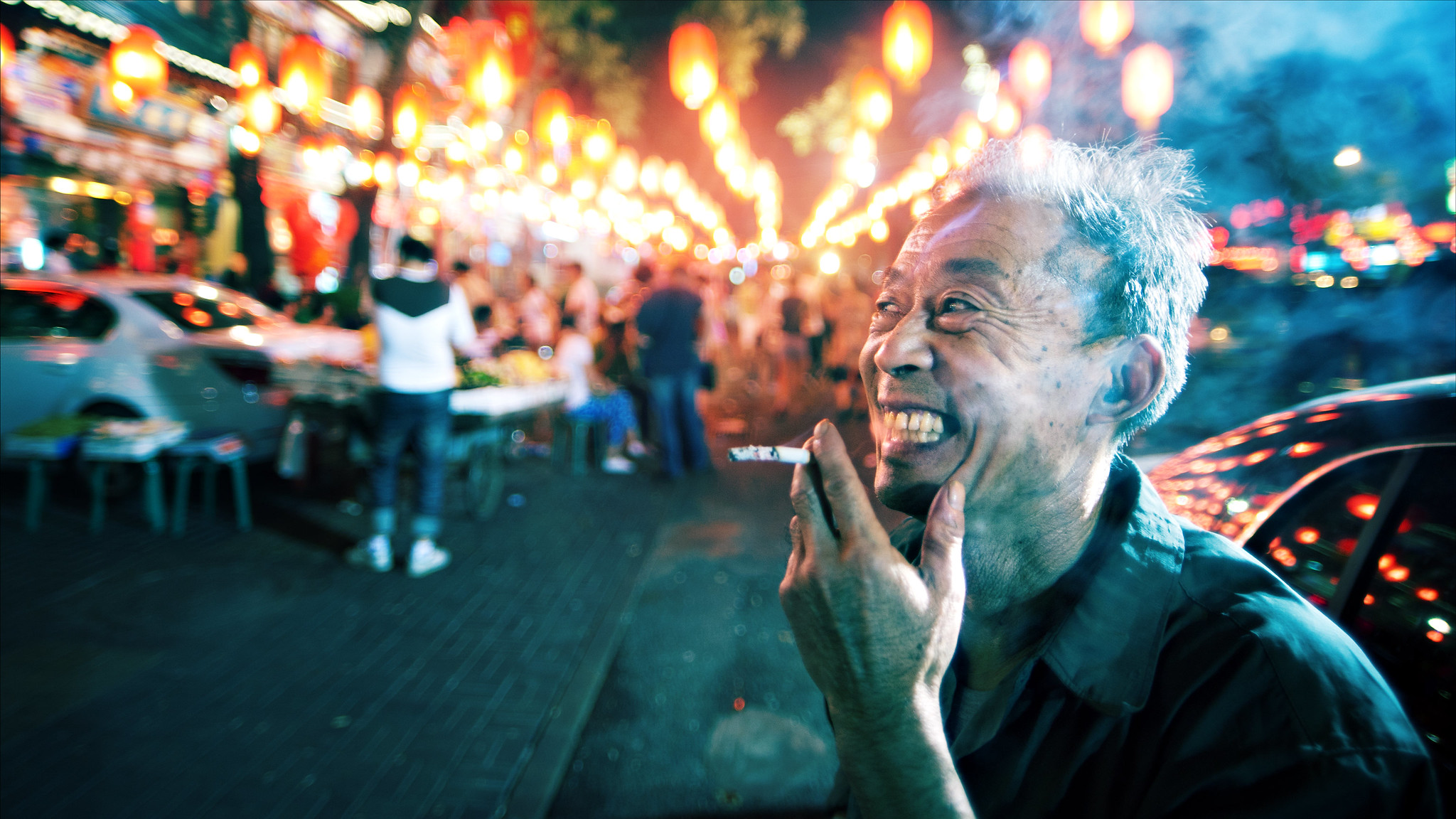 Prime Lenses and Your Compositional Skills

If one were to cast an aspersion of some kind on prime lenses, it would probably be that they aren’t as versatile as zoom lenses; they can’t change focal lengths. Whether that is truly a “con” is debatable. No, you can’t twist the barrel of a prime lens and suddenly be closer to your subject; you’ll have to use your feet to do that, which will change the shot’s perspective and framing. All of this means that when using a fixed focal length lens, you need to be ever so conscientious of your composition. Sometimes just taking a step forward or backward is all you need; other times, that’s not going to work at all and you’ll need to reframe/recompose the shot. The bottom line is that you will be forced to think before you shoot. If it sounds like too much work, just remember that most things worth doing aren’t usually easy. But the perceived “inconvenience” of using a prime lens may very well end up making you a better photographer.

Prime lenses are smaller, lighter, and cheaper than zoom lenses. There are, of course, exceptions to this, particularly in terms of price, as there are some f/1.2 prime lenses that can put a real dent in your bank account. As a guiding principle, however, if you want a small, lightweight, affordable lens, you are very likely to find all these traits in a prime lens.

What Are Prime Lenses Used For?

Almost anything you want, really. And this is where prime lenses’ supposed lack of versatility becomes more a matter of perception than an objective fact. 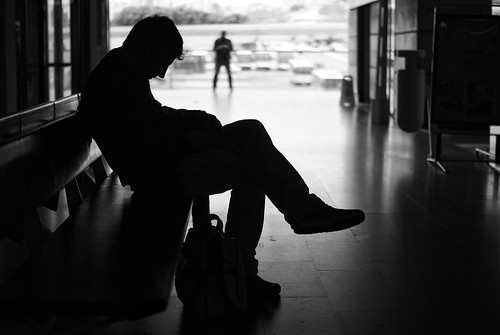 The benefits of using a prime lens are many: image quality, aperture, cost, improved technique. We can’t deny, however, that there is a time and a place for zoom lenses; there are situations that simply demand them. If you shoots sports, you will likely find a zoom lens perfectly suited to what you’re shooting; a similar case can be made for wedding photography. The real drawback of prime lenses might be that you would need to carry two or three primes to cover the same focal length of one zoom.

Yet, for some photographers, the image quality of a prime lens is enough to override concerns about having to carry multiple prime lenses. If you are interested in building a collection of primes, you simply need to know what you shoot so that your collection is a smart collection. And it will almost certainly be a sharp collection.

Prime isn’t referring to “premium”, it means the lens is fixed, nmin other words not a zoom. I have 40mm and 90mm and there are many more, so any of the mm you listed as well.

Hi Jason, I have a 35mm fixed lens. I usually shoot landscapes, sunsets and sometimes portraits. Would you advise another fixed lens like a 50 or 100mm?

Thanks for an excellent article!

Hi Andre. You could certainly go wider than 35mm if you shoot a lot of landscapes. For portraits you will probably want to go with something longer than 50mm; maybe 85mm or 100mm.

Great article, thank you. I got a 50mm prime for my Nikon last Christmas. I was wondering if you can elaborate on the issue of lens distortion shooting portraits? Specifically some tips on how to compose to take the distortion into account? Is this distortion something that can be corrected in post with the routine lens correction option in LR or Camera Raw? Thanks Again!

Generally speaking, distortion is associated with shorter focal lengths. Whatever part of your subject is closest to the lens is going to appear larger than everything else, so as long as you keep a little more distance between your camera and your subject, portraits will work just fine. 50mm and shorter lenses are great for environmental and body length portraits. For more on lens distortion, see this article: http://lightstalking.com/why-you-should-sometimes-embrace-the-distortion-of-wide-angle-lenses

I’ve got a couple of primes, 50 and 105. They really make you think about what you’re doing and with time you come to know what the framing will be like in a shot before you’ve brought the camera to your face, just just know where you are with it. They’re such good lenses, it really starts to feel like they’re doing half the work for you.

“They’re such good lenses, it really starts to feel like they’re doing half the work for you.”

Really like your way of thinking
I use to shoot film, using a Nikon f3 which i still use sometimes using an 50mm lens, still taking good pictures

Just use it every chance you get. Pay attention to how it makes you think about composition. You will soon grow to love it.

Yes use your lenses every chance you get. I’m in the process right now of going through my lenses and picking one and for 2 weeks or so I’ll shoot everything with that one lens so that before I put that lens to my eye I can know what I’m getting and visualize that shot.

I’m going to Europe and can’t carry “everything”. I already have a 50mm prime lens, but am wondering if you would suggest another for… street photography, architectural shots and some landscape shots. Or am I good to go? 🙂

I would say it all depends on what type of shooter you are. When you’re trying to shoot a little bit of everything, that’s where a zoom lens really proves valuable. BUT, I have traveled with just a 50mm and a 100mm macro lens; 50mm isn’t all that wide and 100mm isn’t terribly long, but I was satisfied with how that worked out for me. If you have an idea of what you want to shoot you can definitely travel with just a couple prime lenses.

I would say it all depends on what type of shooter you are. When you’re trying to shoot a little bit of everything, that’s where a zoom lens really proves valuable. BUT, I have traveled with just a 50mm and a 100mm macro lens; 50mm isn’t all that wide and 100mm isn’t terribly long, but I was satisfied with how that worked out for me. If you have an idea of what you want to shoot you can definitely travel with just a couple prime lenses.

I found an old fully manual Nikon 50mm E-Series in a local second hand camera store. It cost me practically nothing. It was priced at 40€ but I haggled and got it even cheaper!

That lens tought me more about composing and the exposure triangle in 10 minutes than any number of books or YouTube posts ever did. The difference in the image quality is startling and now that little lens is hardly ever off my camera. The only problem with the fully manual lens is that you dont get the f-stop data added, but I can live with that

I’ve heard good things about the Sigma 105m 2.8 os macro and I’m tempted. Would you call this a true Macro prime? Any suggestions welcome. Thanks.

Yes, the Sigma 105mm is a dedicated macro lens, and a very good one from what I know of it. The image stabilization is a nice feature to have (I use a Canon macro lens with image stabilization). Plus, at that focal length you can get many other uses out of it than just macro photography.

Other than Macro, what kind of shots can I take with my prime lens Canon 100mm IS Macro ?

I have this lens and it makes a great portrait lens. Great focal length and plenty sharp!

i use 2 primes almost exclusively on my olympus OMD e5 the 75mm and the 20mm, I recently travelled to Japan and used the 75mm in a wide variety of conditions. I now don’t even bother to take my other variable mm lenses, I am a complete amateur but there is no doubt the primes have improved my photography, I also bought a 60mm macro prime and getting pleasing results

35mm vs 50mm? Which one is better for landscape and portrait and why?

Don’t forget that cropped sensors ( as opposed to full frame ) in effect increase the focal length of the lend so a 35mm prime on a crop sensor camera is roughly the equivalent of a 50mm prime on full frame.

Interesting article … does anybody know why Nikon doesn’t build a 50mm prime lens?