Cameras today are a marvel of modern technology, giving us beautifully exposed, wonderfully sharp images much of the time. There are times however when what the camera is saying is the correct exposure, may not be the best option. There are also times, such as when you want to produce an HDR image, that you need a range of exposures. It is for such just occasions that auto bracketing becomes a vital tool.

So What is Exposure Bracketing?

Well in it’s simplest form, it is a range of images taken at various exposures around the suggested, metered exposure. Whilst you can do this manually, using manual exposure, most cameras today have a built in exposure bracketing mode, usually known as Auto Bracketing.

So Where Do you Find Auto Bracketing?

Well for different cameras it can be in different places, upper end, professional equipment often has it built into a dial or button and switch combination. In others it can be found in the menu system.

When you set your camera to Auto Bracketing and your exposure mode to either Aperture or Shutter Priority, the camera will take a sequence of shots, each with a slight variation in exposure. For more basic level cameras, this may be a fixed value, for example one shot at -1 stop, one at metered exposure and one at +1 stop, however, most DSLR’s and some compacts allow you to define your bracket range by changing both the number of shots either side of the metered exposure and the exposure increments between shots. This is can often be 1/3 1/2 or 1 full stop difference in the exposure. In most professional level cameras you could set a range of up to 9 different images, four over the metered exposure and four under. 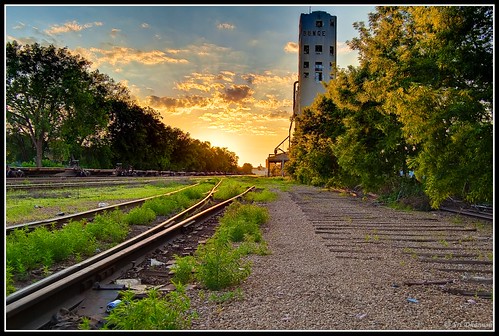 HDR – One use for auto bracketing by Sri Dhanush, on Flickr

How to Shoot With Auto Bracketing On

So having set your auto bracket up, the next stage is to shoot. Here you can decide whether to shoot in single shot or continuous mode.

Most cameras however have one or more continuous modes and these are an ideal companion to auto bracketing. When you use a continuous mode, the camera will shoot the images in order as a burst of shots, then stop until you press the shutter again. In the below example, the camera will shoot all three exposures consecutively before stopping. Pressing the shutter again will repeat this action until you cancel the auto bracketing.

There are certain advantages to using continuous mode with auto bracketing, among them is the fact that because the images were shot so close together time-wise, the scene will not have dramatically altered and also the possibility of better results if shooting HDR without a tripod. 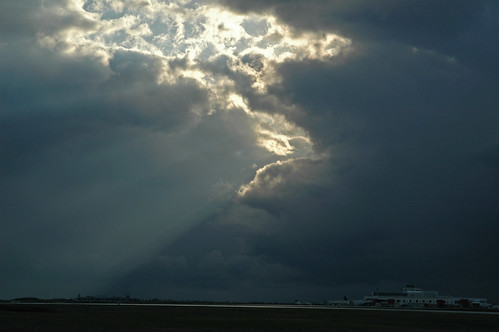 Stormy weather can be tamed with auto bracketing  by Steven R. Higgins, on Flickr

Auto Bracketing is an often overlooked and powerful feature of most modern cameras. By shooting through a range of exposures, you can find images that may well look better creatively and exposure wise than the value that your camera meter may have suggested. It is an ideal mode to use particularly in highly variable lighting conditions for example an oncoming storm or the changing light of dawn or dusk, giving you a range of different exposures to choose from to get the best final result.

Nikon agree with you on the usefulness of auto bracketing – the D800 (and I think the D4) has put this feature into a button on the mode dial, along with ISO, Qual and WB. I haven’t yet got into it, as I don’t really shoot HDR, and I adjust my Raw images if the exposure is out. But there is no substitute for getting to know your meter and just getting it right before the shot (e.g. with Nikon, I know to underexpose by 2 stops according to the meter, to get the shot I want). Bracketing as a matter of course is a sure-fire way to miss shots and eat up memory – but your article makes me want to give HDR a go…

Bracketing is not for HDR only. It is for taking good pictures in general. I started using it after a conversation with one of my photo friends. It is a must use technique for taking any and most pictures.

Interesting article but I have one question. Can you use auto bracketing while shooting in RAW?

I have asked the same question under his other article and awaiting his reply.
My guess would be no?

I use the auto bracket function on my Nikon D5100 regularly – especially for processing RAW images to HDR. I also have a wee Panasonic FT5 which has +1/0/-1 EV auto bracketing for jpegs only – and even though the range of bracketing is small it has proved to be surprisingly useful at times.

Is auto bracketing ever used with flash?

When I’m set up on a landscape just before sunrise or sunset, I usually auto-bracket every shot. It gives you more options as well as ensures you get the most bang for your buck [i.e., airfare, rental car, and hotel]. I like it the most for the options though.

If you shoot RAW you don’t need to bracket as you will have at least a 2 stop range of adjustment without image failure. I can’t see the point of AEB on a digital camera, if I want to shoot for HDR I want more than 3 exposures and if not RAW conversion is the perfect way to adjust if necessary.

Thanks for the tip, as I am new to photography I am feeling my way along. I am a senior Graphic Design major and have fallen in love with photography and am taking it as an elective

Another useful read. Thank you