Ever wondered how those fun and surreal photos are made? Well, usually the process of making them requires multiple images, some graphic design skills, and a brilliant idea. Other than that, there are absolutely no rules on how the final image is made. Of course, it is wise to stick to the basic photography rules in order for the image to catch the eye, and to stick to good color palettes.

First of all, you need an idea. When an idea pops in your mind, it is wise to sketch it out. This is the case for everything you do, not just for taking surreal photos. Take a pencil and draw a rough sketch first. Then draw another one where you’ll plan the images you actually need to get the final image. Consider lighting as well. Plan it well so it turns out well. Even though you will be working in Photoshop a whole lot cutting and pasting, manipulating, twisting and doing all sorts of stuff on the image, don’t rely on the “I’ll fix it in Photoshop later” idea. Ease your Photoshop work as much as possible with the camera because you’ll have tons of work after anyway.

It is wise to start with the background, then work your way up to the fine details. Load picture by picture in Photoshop and see if the light matches. Be aware that color temperature plays a huge role here, so try to keep it consistent so the image looks natural. Shooting raw really pays off here. You’ll have complete control over the image- you can manually set the white balance, adjust highlights and shadows, and much more. 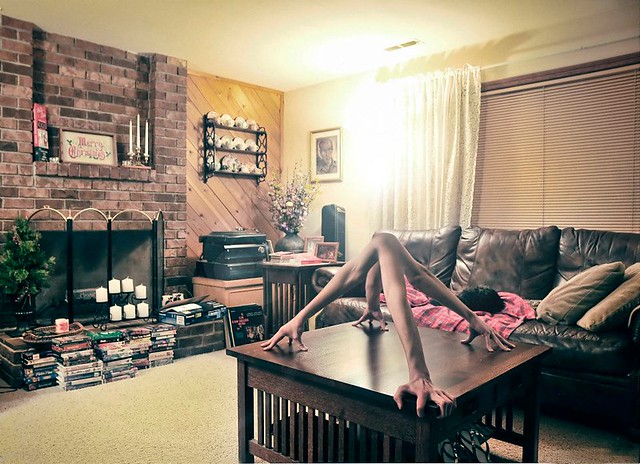 Have the light under control as well. Use soft light if preferable since it is easier to manipulate. Soft light usually casts really soft or no shadow at all, thus if you forget a shadow here and there, it is easily fixed or it can go unnoticed.

Depth of Field and Bokeh

Next thing to consider is depth of field (DoF) and bokeh. It is good to have an idea of the DoF beforehand. If you are planning to use wide apertures and use bokeh be prepared for trouble later on. It is much harder to pull off. However, it looks much better and more convincing if you succeed in it.

While you are cutting up the donor images, be careful around the edges. For instance, if the image is slightly out of focus your edges can’t be sharp. You’ll need to use appropriate feathering. How much of it you’ll need is hard to tell. You’ll need to judge it properly yourself in order to set the right mood and realism. As mentioned before, use the same elements as if you were to photograph the scene. Background, subject, foreground. Each is important equally. Don’t forget to add some texture. Things like dust, light rays and so forth, add to the drama.

Playing With the Light

Once you are done photographing, positioning, cutting and pasting, it is time to play with the light. You can use dodging and burning techniques to manipulate light locally. It would be easier if you created a new layer in Photoshop, select the paint bucket tool and then open the color palette, choose 50% gray and paint the whole layer gray. Set the blending mode to Overlay and dodge and burn on that layer. It will affect everything visible and it is almost non-destructive since only the gray layer is affected. 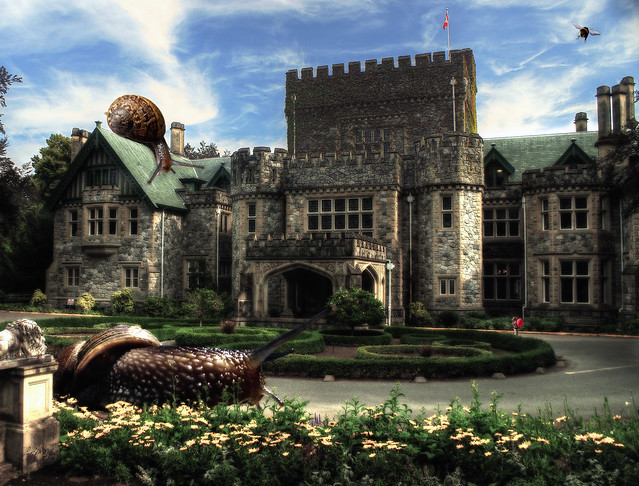 Use every other tool at your disposal to make the image more compelling and interesting. As with any image, it needs to make a statement, it needs a story and it needs to be interesting enough to catch the viewer’s attention between the flood of selfies and other snapshots present on every device possible at the moment.

Prepare for the Audience’s Opinion 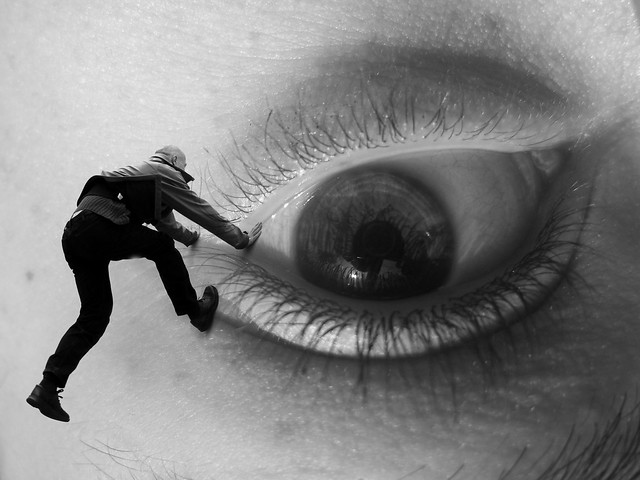 Surreal photos are surreal, therefore, comments like “totally shopped dude!” will come and go, but if the message and the story the image presents is good, it will render those comments obsolete. Also, you must be prepared for that image to be rejected by the mass because not everybody has a stomach for every surreal photo. Some work, some don’t. It all depends on the audience.

Final advice: if you do intend to create surreal images, do it well. I’ve seen way too many photo manipulations including explosion, destroyed vehicles, blood & gore. Most of them turn out horrible, although some are done well, but it is a total cliche and overdone subject matter and you can do better than that. Surreal photos have to be unique to touch the audience, so don’t be afraid to do something just because nobody has done it before.