The function of camera lenses is dictated by several key parameters, such as shape and size. In this article, I’ll try to discuss the most important and most common lens parameters, while pointing you towards resources for learning more about the lesser-known ones. 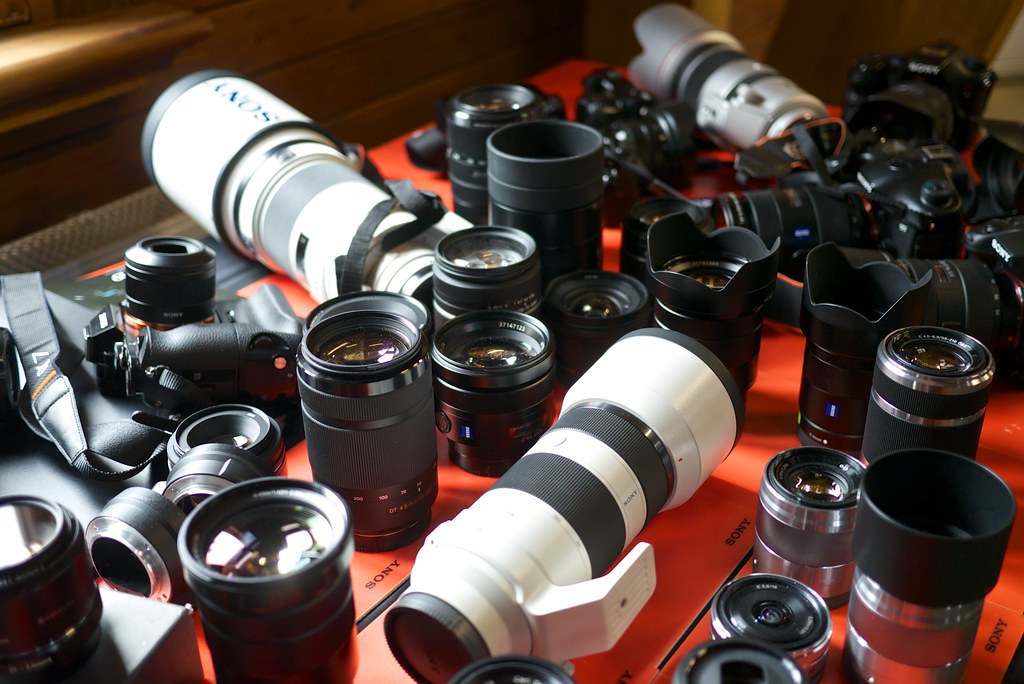 The most important parameters on each lens you buy and use are the focal length and the maximum aperture. Most of what you pay for a lens is determined by these two factors. They also determine how useful that lens will be.

The focal length is measured in millimeters. You’ll find only one value for prime lenses. This fixed focal length means that you can’t zoom via the lens mechanics, but you’ll have to move or step forward or backward to do so. Zoom lenses, however, have two values (eg. 70-200mm), meaning that the lens can adjust its focal length to anything within that value range. Larger values mean that the lens is more telescopic, while smaller values mean that the lens is wider. Keep in mind that using a longer lens (higher millimeter value) is not the same thing as cropping. The effect is not the same. The longer the lens is, the higher the zoom compression will be (meaning that things in the background appear closer and larger than they actually are). The wider lenses produce the opposite effect. 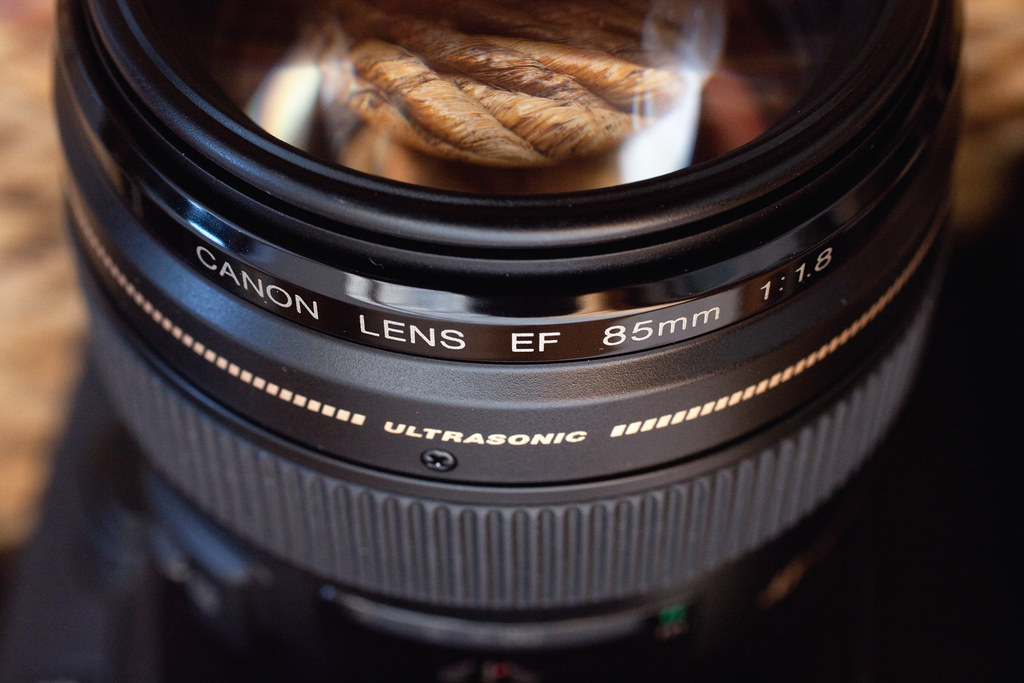 According to popular opinion in the photography community, a 50mm focal length has the field of view most like that of the human eye. That's just a little point of interest, and it doesn’t mean that you shouldn’t use any other focal length.

Also known as f-stop, it is usually written as f/# (# representing any number or range of numbers as indicated on a lens) and signifies the maximum amount of light the lens can gather. Smaller numbers are better. The lower the number, the more light the lens can let in, and the more blurred the background will be.

You’ll probably see that the majority of zoom lenses are labeled as f/3.5 – 5.6, including most budget lenses. These two values are directly connected to the focal length values. This means that at the widest part of the lens, the aperture is wider, as well. On the other hand, the greater the telephoto value, the more the aperture will close down. 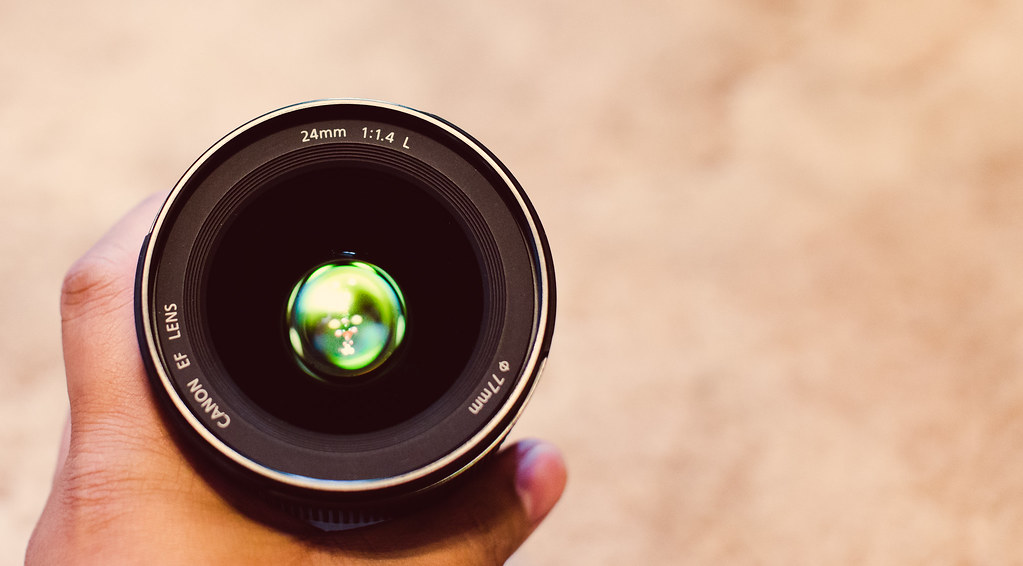 With the exception of two Sigma lenses, professional zoom lenses have a fixed maximum aperture of f/2.8 for the entire zoom range. If you zoom in with one of these, the aperture won’t be reduced.

Fixed focal length lenses are usually touted as being “faster,” meaning that they often have much wider apertures, easily exceeding f/1.4. So prime lenses (fixed focal length) usually let in a greater amount of light than zoom lenses do. 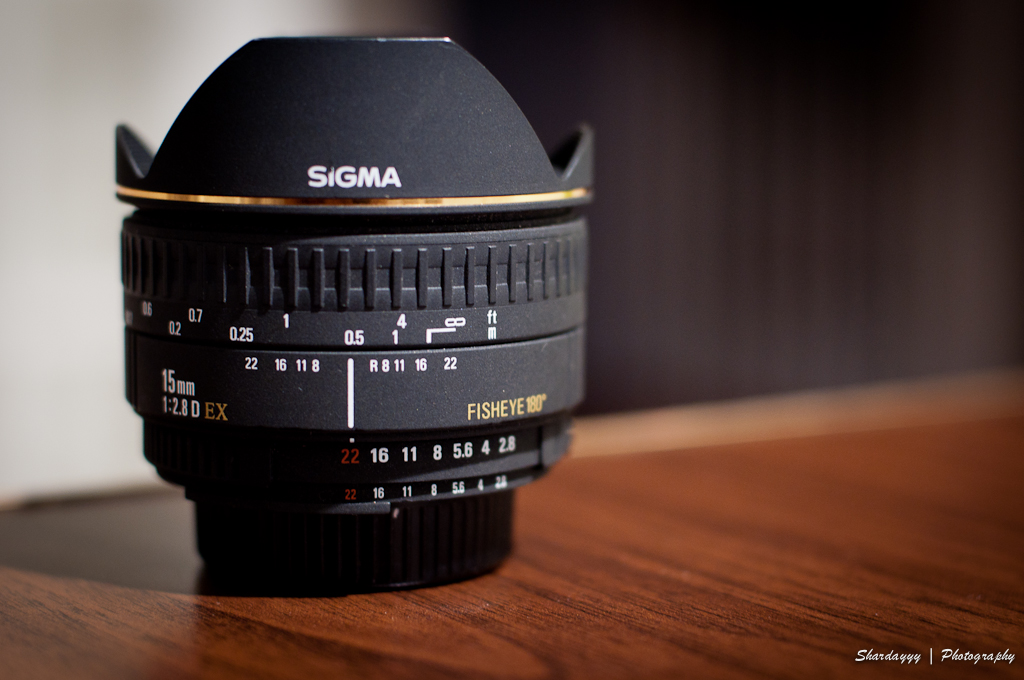 Most professional lenses have focus scales built in while the budget grade lenses generally don’t. Even though the closest focal distance is displayed on every lens, the professional grade lenses will show you how far you have focused. You can use that as a reference for calculating the hyperfocal distance. Most lenses can only focus up to a certain point (with the exclusion of few macro lenses), so that distance is indicated on the lens on either the focus scale, or the lens body, if there is no scale. 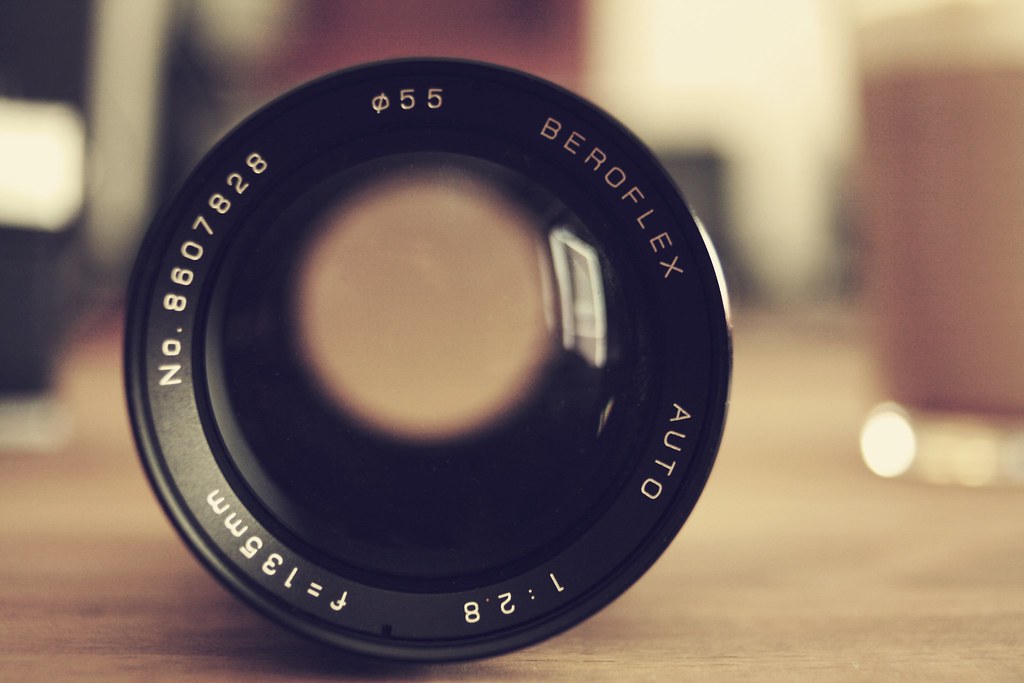 If you look at the front element of your lens, you should see a thread. Some wide angle lenses won't have this thread. That thread is used to screw on filters which add interest to the pictures you take. Since the manufacturer of the front element can differ from that of the lens, several thread sizes have been standardized. Therefore, when you are going to purchase filters for your lenses, check to make sure that you have the correct size. 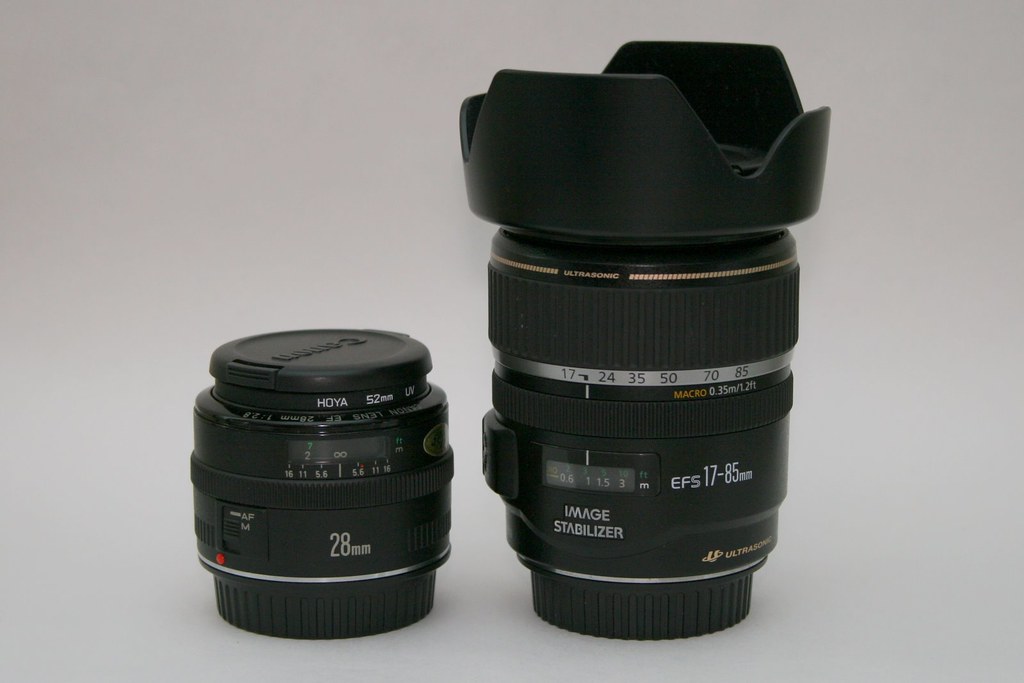 Apart from the geometric parameters, lenses have various other technologies embedded within, all of which are marked with nothing more than a short acronym. 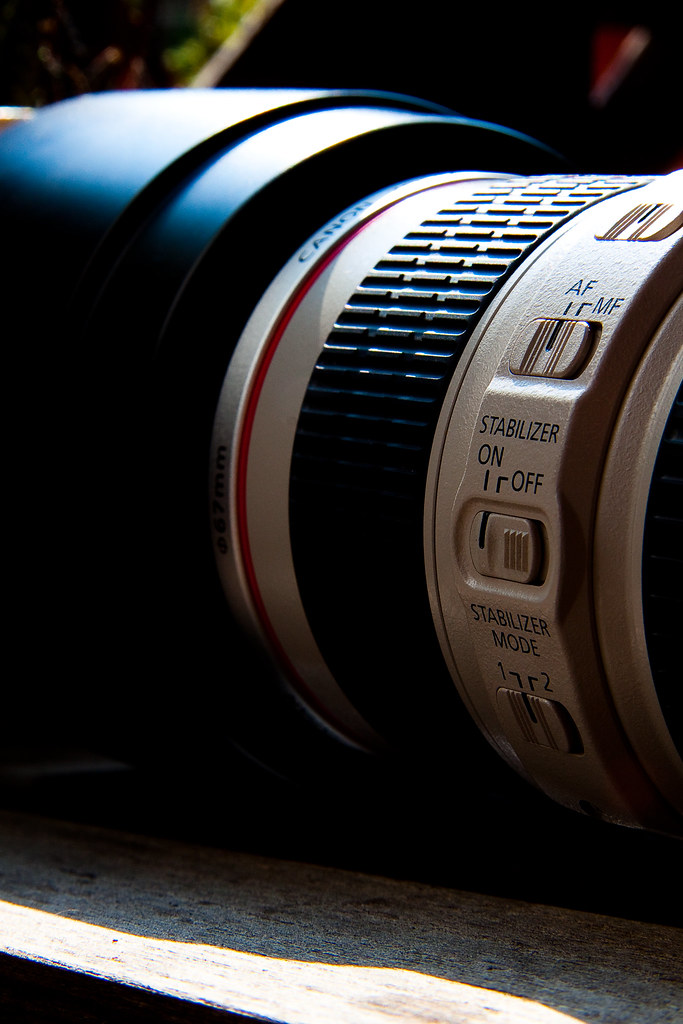 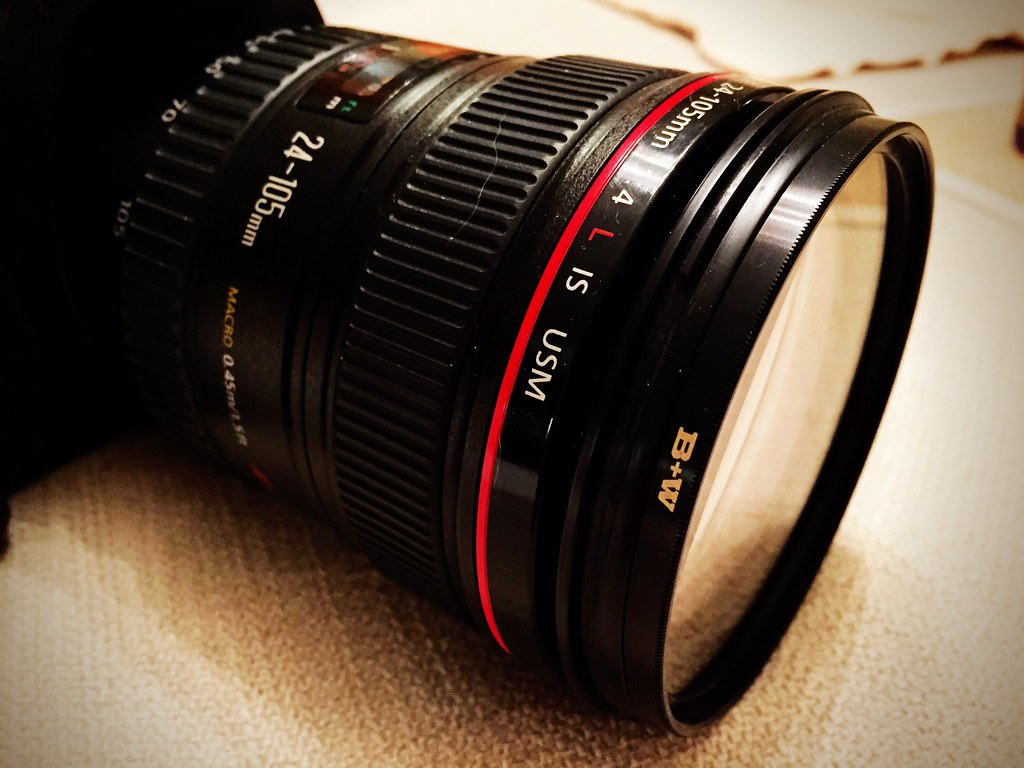 Included among the other lens technologies is a system for driving the focus of autofocus lenses. When there is no fancy high-speed motor, there is usually no labeled designation for the type of focus motor, which means it is the classic slow and loud one. However, there are several other types of motors which are faster and quieter than the classic motor. Canon has the USM (ultrasonic motor) which is the fastest in the Canon line, but not the quietest. STM is a tad slower than USM, but considerably faster than the regular. Videographers love it because it is also silent. Sigma has the HSM (high-speed motor) which is comparable to the USM of Canon.

Even the glass of the lens incorporates different technologies. You’ll often notice the term ASP (aspherical elements) turning up. This and other similar acronyms boast different glass making technologies. It would be smart to research them accordingly before purchasing a lens in order to have a good idea of what you are paying for.