Today I am writing an article about a subject that I know nothing about – table top photography. Let me explain why. Some time back, I wrote an article about how to reignite your passion for photography. In it, I suggested doing something different from your normal style, a different type of photography. I wrote the original article because of my own experiences with photography, a loss of passion and enthusiasm for our art. Unusually, I took steps to adhere to my own advice, and do something different, in this case set up a table top studio. This article is my entirely inexperienced advice on how to get started in table top photography.

To be honest, you can make your own table studio. There are plenty of tutorials out there on how to do it. However, being less than gifted in the DIY department, I decided to buy a cheap ready made table. I decided to stay low budget for the moment as this is new to me and I did not want to blow a load of cash on something that may not get used. The one I chose was from a Hong Kong company called Falconeyes. It measures 60cm width by 130cm length and comes with a white perspex translucent surface that is clamped to the table frame using a number of strong, over-sized bulldog clips. This means that you can also, at a later date, buy and use your own colored backgrounds, adding variety to your range of shots.

Setting Up the Lighting

The next question was that of lighting. Initially I decided to stay cheap and get a few household lamps and try using them. However, the store I bought the table from, also sold  continuous lighting sets and for $70, I picked up a simple two light set. This consists of two lighting stands, two light sockets complete with 30 watt daylight balanced low energy bulbs and two dish reflectors. 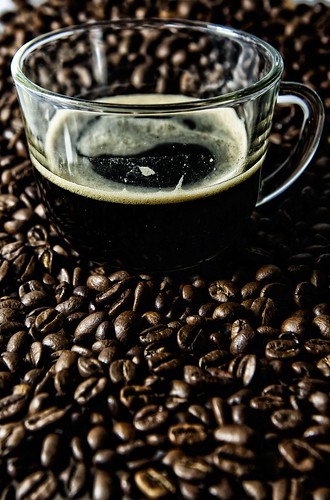 Variations on the same theme. Image by Jason Row Photography, on Flickr

With the equipment delivered, it was time for assembly. The lights were pretty straightforward and took about 5 minutes each. The table itself, came as a box of 12 poles with brackets and a schematic showing the finished article. The schematic showed the poles as being numbered, however none of the actual poles had numbers. This meant assembly was more or less an exercise in randomly joining poles until it fitted together correctly – which was about three hours later. Eventually, with everything assembled, it was time to do a test shoot.

One of my biggest concerns when buying was whether I would need a macro lens. My first test subject was to be a cup of espresso coffee that sat on a bed of coffee beans, a fairly compact setup that would test whether or not my Nikon 24-70 lens would be able to focus close enough. The good news was that it did. For objects smaller than this, a Nikon Micro lens will almost certainly be needed. However, there are more than enough creative possibilities with the range of my 24-70 to keep me busy. 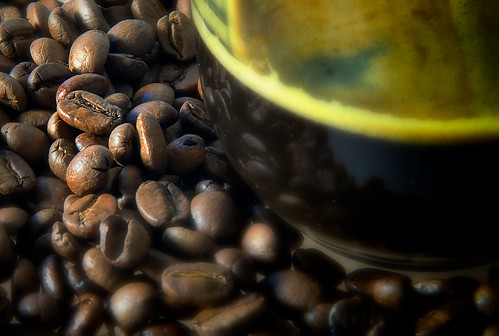 A macro lens was not needed. Image by Jason Row Photography, on Flickr

Indoor lighting is something that I am, in no way, an expert on. However, the beauty of continuous lighting is that you can move the lights around and immediately see the effects of the change. I experimented with even light, side lighting and back lighting. Because the lights came with dish reflectors, the light is quite directional and hard. To counter this I did some shots bouncing light of the ceiling and walls. This obviously increased exposure times, but as the camera was locked off on a tripod, it was not a major issue. I can see in the future, the need for one or two more lights and a soft box to increase versatility. 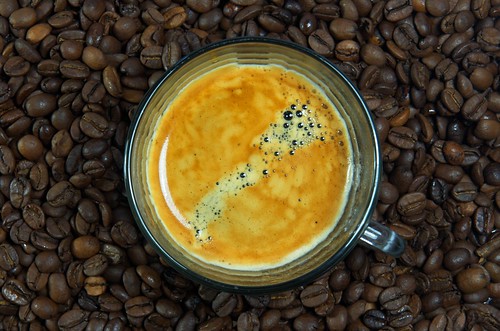 Not award winning but fun to do. Image by Jason Row Photography, on Flickr

Variations on the same theme. Image by Jason Row Photography, on Flickr

I did a range of different shots, different angles, shooting wide open for a shallow depth of field and at f22 to get a deep depth of field. Diffraction certainly began to rear it’s ugly head in shots over f16 and one technique I may well play with, is focus stacking. This is where you take several shots at the same exposure but focusing on different points in the scene. You then combine them together in Photoshop to get a diffraction free, deep depth of field.

In conclusion then, I spent around $230 getting all the equipment. Once set up, I found table top photography to be engrossing, opening up a surprising range of photographic possibilities. It is about as far removed as possible from what I am used to as a photographer but I have no doubt it is a skill that I will continue to develop and enhance, especially during the winter months.

Very interesting article to me because I just ordered a light table this afternoon. I can’t wait to get started.