There is no doubt that the film revival is here to stay. Whilst it is unlikely that film will ever become a mainstream commercial medium again, many photographers are returning to or taking up film photography by purchasing a film camera and there are many reasons for this.

Some like the look and grain of film.
Some like the challenge of shooting and not seeing the image until it is developed,
Others just love the feel of an old camera.

The question is, what film camera should you buy? The second-hand market is awash with some incredible cameras. Cameras that would have cost a king’s ransom twenty years ago can be bought for less than the price of a kit lens.

Today we are going to suggest some excellent cameras to get you back into film. This list is by no means exhaustive but the cameras here are affordable, reliable and still generally available on the second-hand market.

If you are looking for a camera that will really take you back to basics, the FM2 is the one for you. Rugged, durable and completely manual, the FM2 was an iconic professional film camera from the 70’s and 80’s.

It boasted a revolutionary vertical shutter that could shoot at up to 1/4000th and could even sync flash at 1/2000th. There was an excellent light meter but no automatic exposure modes and the camera was entirely mechanical.

If you are already a Nikon shooter, most non-G lenses will work on the FM2 due to Nikon’s famed backwards compatibility. 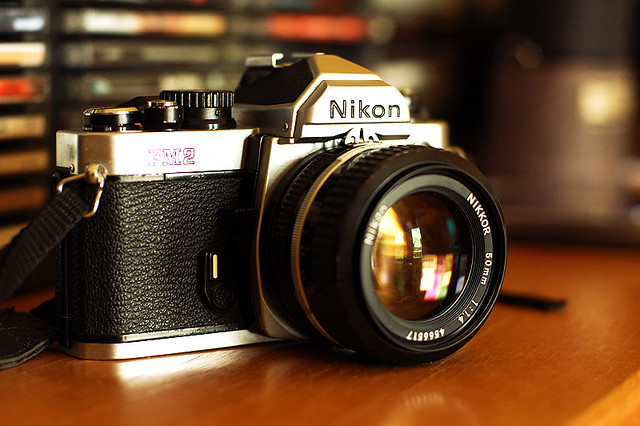 A Manual Marvel. The FM2 will take you back to basics. By Marcos André

One of the biggest selling film cameras of all time the AE1 was a beautiful film camera to hold and to work with. It featured an electronic shutter giving speeds up to 1/1000th with manual or shutter priority modes.

The AE1 used the Canon FD mount lenses, plenty of which are available on the secondhand market even today. You can also buy adapters to convert your current full frame EF lenses to fit the AE1. 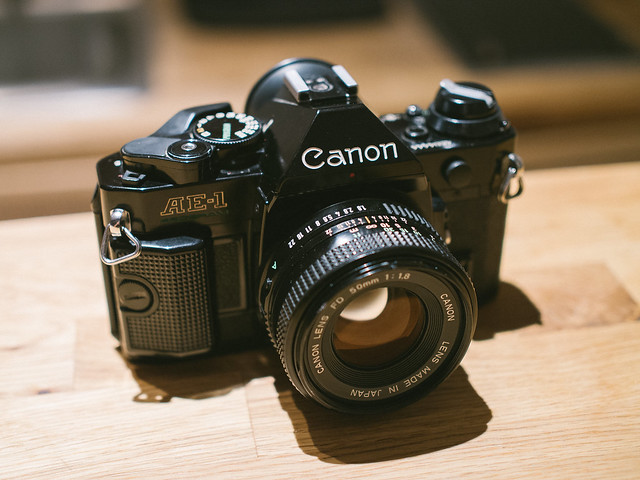 Available in Black or Silver the AE1 was a beautiful camera. By Maxime Raphael

Olympus had an enviable reputation for packing high technology into small beautifully designed cameras. The OM series were a rival to both Nikon and Canon in the professional arena.

The OM4 was the pinnacle of the series and was the first camera to feature multi-spot metering. This film camera had manual and aperture priority exposure modes and of course used the legendary Zuiko lenses. 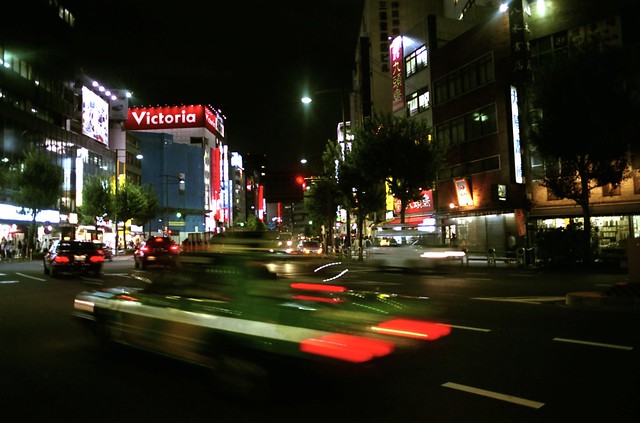 Olympus's Zuiko lenses were the stuff of legends. By doronko

For those who do not wish to stray too far from the digital era, the F100 is a fantastic camera. It took much of the technology of its big brother the F5 and put it into a compact SLR body.

It featured autofocus, shutter and aperture priority and a built in 4.5 frames per second motor drive. In terms of film cameras, it is perhaps as close as we get to today’s digital technology. Because of its rugged professional build quality, it is certainly a camera that will last. 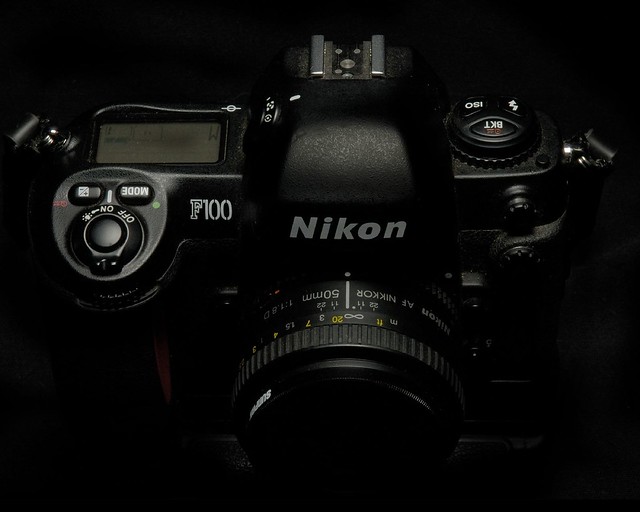 The F100 was part of the last generation before digital. By Rik Goldman

The obvious choice in the medium format world is the Hasselblad 500 series. You can pick “Blad” bodies for a decent price. The problem is however, the lenses still fetch a premium price and so it would not be a budget option to get into medium format.

A cheaper, more portable option is the Mamiya M645. Taking 15 images on 120 roll film the Mamiya is not much bigger than an SLR and features shutter speeds up to 1/500th of a second, interchangeable backs, viewfinders and motor drives.

Mamiya had an extensive range of lenses that can still be found at decent prices on the second-hand market.

The 645 brings the benefits of medium format in a manageable package. By maggus314

Those of you old enough may remember the David Bailey adverts from the 70’s and 80’s featuring the Olympus Trip. The Trip was a simple but very good compact film camera featuring a 40mm f2.8 lens that stopped down to f22.

The lens had a great reputation for sharp contrasty images making it ideal as a compact travel camera. It used a selenium cell meter and so required no batteries. If you are looking for a simple compact with high image quality to ease you back into film, the Trip is well worth a look. 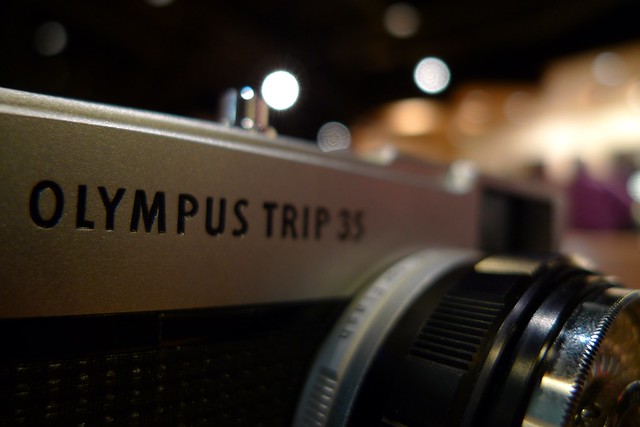 David Bailey! Who's he? The Olympus Trip. By Ryosuke Yagi

Whether you are shooting film or digital, building upon your skills and knowledge of composition requires some learning. To understand the techniques and rules, this eBook Guide – “The Advanced Composition Digital Guide” will ensure you're giving your photography a proper boost!

These are just a few of the hundreds of different film cameras that you can find in second-hand stores or eBay. There are cameras to suit every taste and every budget.

For the more adventurous, take a look at some of the Soviet film cameras such as the Kiev 88, a blatant Hasselblad clone. Twin lens reflex cameras are interesting to use for those that like a challenge.

The compact users amongst you would love the Contax G2, a beautifully engineered work of art.

Using a film camera is a wonderful medium to work in and as a result, it’s something well worth experimenting with.

I cannot let this go sorry The Mamiya M-645 Does Not have interchangeable backs. It had 120 and 220 film inserts. for 15 or 30 shots. And the Nikon FM2 with a vertical focal plane shutter will synch the flash at 125th second not 1/2000 second. I was manager of a small camera store, that sold many of these fine cameras. I still shoot film for the same reason as I listen to vinyl records, It has a quality ‘feeling ‘ about them. Nobody will get my fingers off my Pentax LX, or MX, or even older K2. Thank You

Hello Jason,
I have to agree with Bo regarding the FM2. Don’t get me wrong, that camera is a beast and I personally love it (I have 2 of them). Also having the famous Nikon lens backward compatibility is also great, not just for me, but to all the mirrorless digital shooters these days (with an appropriate adapter on their cameras). But I sidetracked, the FM2 had 2 major versions that are very hard to differentiate unless you are keen on details. There were FM2’s that had titanium honeycomb shutter curtains and could sync at 125th of a second and 200th of a second (marked by the “X200” on the dial wheel), and the updated version with aluminium shutter curtains that could sync up to 250th of a second. For a film camera, syncing at 1/2000th of a second was simply not possible in those days. This difference was visible on the shutter/ISO dial wheel on the top side of the camera: the first generation was marked with the “125” and “X200” in red on the dial wheel, while the second generation FM2’s had the “250” th shutter speed in red marking the maximum flash sync speed.
Hope that clears this small confusion. More info can be found on the following website:
http://www.mir.com.my/rb/photography/hardwares/classics/nikonfmseries/fm2/

Hi, from what I’ve read, selenium meters are unlikely to last many years unless stored in a dark, dry place.

Would appreciate your comments on a Nikon90S as an option.