No camera or lens is perfect and quite often you will get a different result in your images to what you remember seeing. Quite often, this is just a factor of our gear not being as sophisticated as a human eye. But there are a few common issues to do with lenses that are quite easy to account for in Adobe Lightroom. Let's go through the issue of lens distortion and how to fix it.

What is Lens Distortion?

Put simply, lens distortion manifests as distorted or curved lines where there should be straight ones.

It's most easy to see in architectural photography as it's easier to spot when the straight edges of the buildings don't quite turn out in a photo quite as straight. Horizontal and vertical lines can appear well out of kilter.

There are two types of distortion to watch out for:

Barrel Distortion: This is where the lines curve outward towards the edge of the photo. 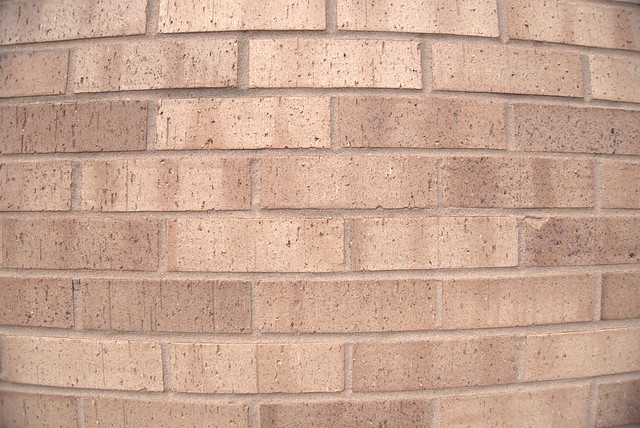 Pin-cushion Distortion: This is where the lines curve inwards, away from the edges. 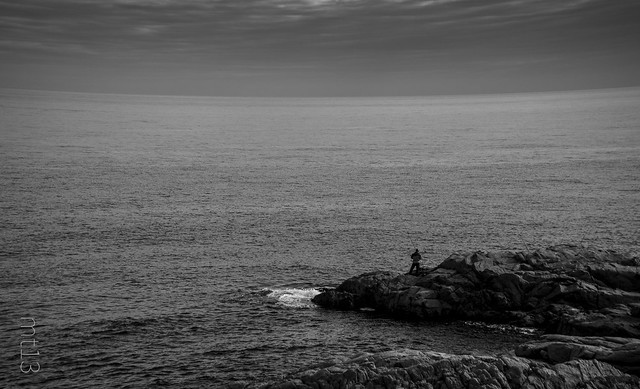 How to Fix Lens Distortion

There are basically two things that can go some way towards fixing lens distortion – using a more expensive lens, or using post production software.

Regarding the first point, distortion can be fixed inside a lens by adding more glass which counters the distortion of the light. More glass usually means more expense. Hence, the general notion that more expensive lenses usually handle distortion better than cheaper lenses (not always true, but in general it stands up).

The second way is to correct the distortion in post production and this way is very effective. So let's take a look at how it works in practice.

Adobe's Lightroom is currently the granddaddy of photography workflow software for professionals and also a growing army of amateurs so let's look at the steps you will want to take to fix your lens distortion using this great tool.

First thing you may want to do is to display a grid over your shot so you can keep an eye on exactly what is changing. This isn't strictly necessary, but I like to do it so I can keep a close watch on the changes. 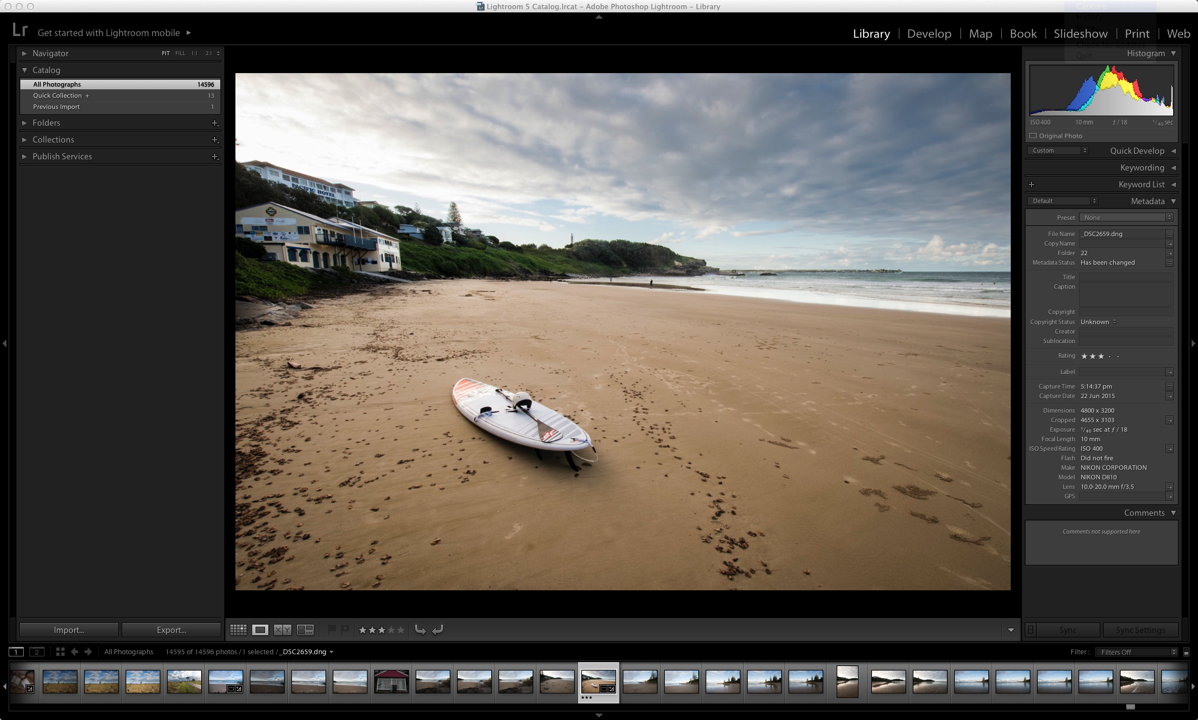 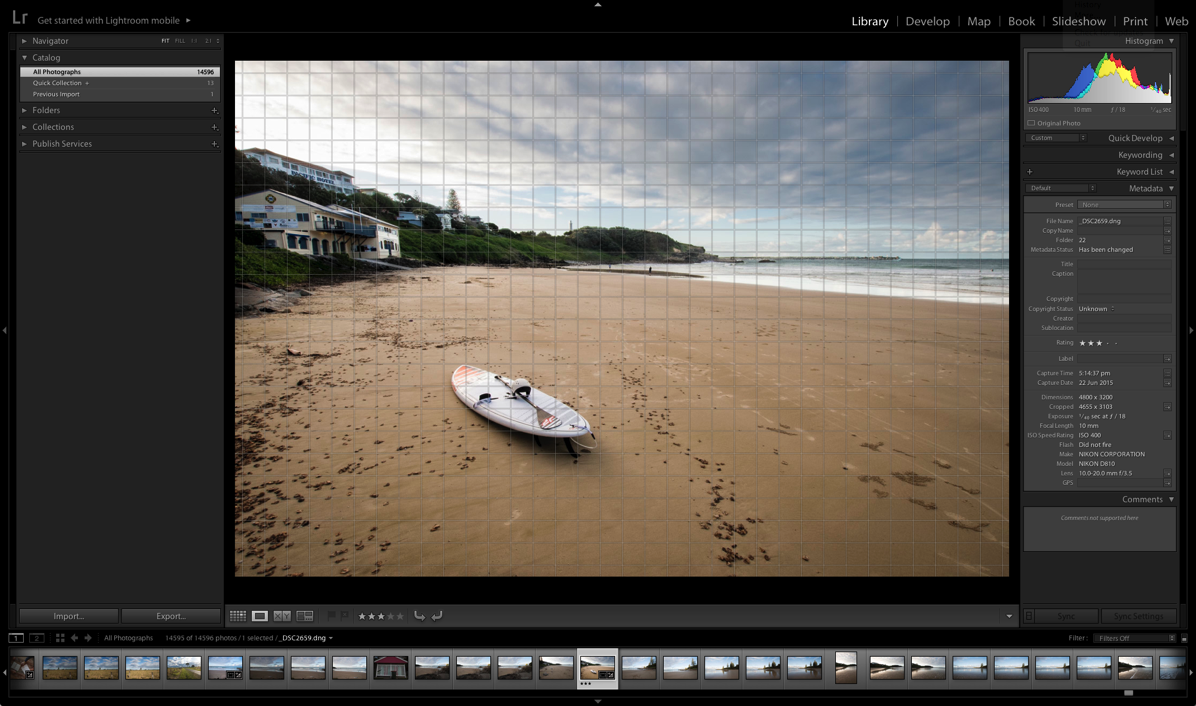 Next, you're going to want to look at things in the Develop module so we can get started with the changes.

On the right hand side, have a look for the “Lens Correction” pane.

In there, you are going to want to check the “Enable Lens Correction” check box and use the drop down menus to select the lens you were using when you took the image.

You can see the difference when the software accounts for the distortion.

Before and after animation:

As you can see the distortion caused by the lens has been largely removed. A small but useful improvement. Especially useful for architecture photography, but useful in all other types too. (You can probably also notice that the vignette has been removed – so let's talk about that next).

Some Bonus Lens Improvements for Chromatic Aberration and Vignetting

Two other problems with photographs that can also be thrown up by a lens are chromatic aberration and vignetting. Luckily we can use the same tool in Lightroom to fix them at the same time we fix our distortion problems.

But what are CA and Vignetting? A quick primer:

What To Do About Chromatic Aberration

While still in the Devlop module of lightroom and in the “Lens Correction” pane of that module, click on “Color.”

In most cases, that will be enough to fix the image. Let's take a look at a detailed area of our beach shot to see what (if any) improvement this has made.

Before (not the green chromatic aberration as pointed out): 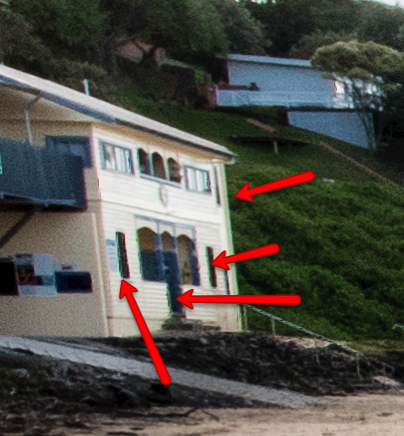 After using the chromatic aberration tool: 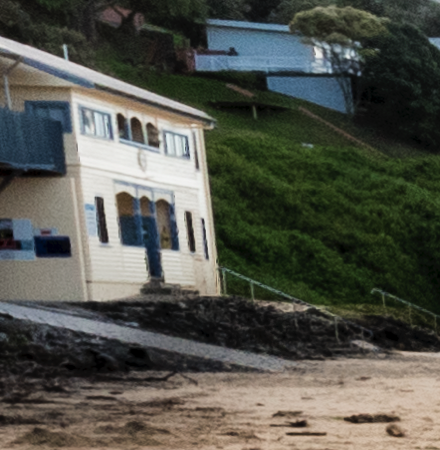 As you can see, a lot of the discolouration has been taken away. There are a few artefacts left, but in general, it is a big improvement.

If it hasn't quite worked for your image, you can also click on the eye dropper in the same pane and then click on the area of colour that it didn't work for and it should fix it up. Usually you're looking for unwanted purple or green along high-contrast edges. In our example, the colouration was green, but purple is probably slightly more likely to be the problem.

With any luck, when you fixed the lens distortion with lens profile in Lightroom, it also accounted for the vignetting caused by that specific lens. (If on the other hand, you liked the vignetting, that's not a problem, but you will probably want to read our article on vignettes in photography to get a clearer understanding of them).

After that, you will probably not need to do anything more.

But if it didn't quite nail it, you can simple use the vignette slider in the “Lens Corrections” pane of the Develop module. 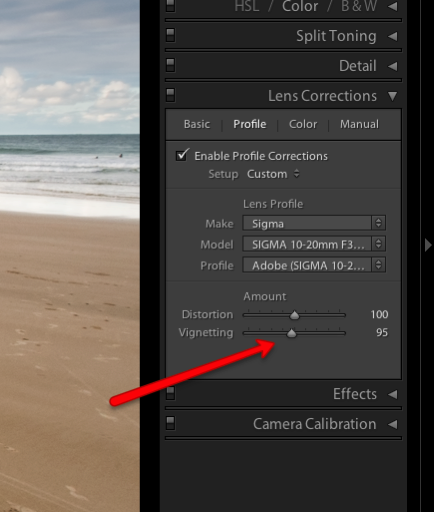 And that's basically it. With that single pane in Lightroom, we have managed to largely remove the errors caused by this specific lens.

It's certainly worth having that skill in your arsenal and it's worth considering doing it for a lot of your shots so that they come out close to what you saw with the naked eye.

A Note On Lens Profiles: Light Stalking Facebook fan, Jay Larson, pointed out that the lens profiles that are part of Lightroom by default are actually contributed by the Lightroom community. I had always assumed they were created in-house by Adobe themselves.