So before we go to far, if you are expecting the answer to the question this article poses, there isn’t one. If there was, it would be a 14-600mm f2.8 pancake lens with optical stabilisation. Of course that is physically impossible today and probably for a long time ahead. The fact is travelling is hard work. Carrying lenses around all day is also hard work. The problem with travel photography is that for one shot we might need a super wide angle to get everything in but for the next shot we want to come in close on some details or shot a candid of a local. So assuming we are going off on the trip of a lifetime, what lens or lenses should be put in our camera bag to ensure we get the very best shots?

The superzoom appeared on the scene in the last years of the film era. Typically they were 28-200mm f4.5-56 and gained a reputation as the perfect travel lenses. Except they were not. The early generations of superzooms were slow, unsharp and often lacking in contrast. Times have moved on though and although modern superzooms are not, by their nature fast lenses, they have greatly improved in image quality. Not only that, the effective range of a super zoom has moved from 28-200 out to 18-300mm and many of them have optical stabilisation built in.
The disadvantages of the super zoom is still its image quality. Although significantly better, they still fall short of other zoom lenses. Another issue is the relatively small maximum aperture. Whilst the low light issues of slow lenses can be alleviated with optical stabilisation, there is no way to get a decent shallow depth of field and i’s associated Bokeh.

For the quality minded a better option maybe to use two of the faster fixed aperture zooms. There are number of zooms out there now that concentrate on the 16-35 f4 range as well as the more traditional 70-210 f4 lenses. Many of these are also optically stabilised. Throw in a lightweight nifty fifty and you have a good range of relatively fast lenses. The advantages of the f4 lenses are that they are significantly lighter than the 2.8s, maintain similar image quality and only sacrifice a little loss of depth of field. On the downside, you are carry two or three lenses and will need to change lenses if the shot demands it.

Those looking for the ultimate quality and speed will step up to the 2.8 lenses but the trade off is weight. There is a significant difference in weight between the 4s and the 2.8s, which is doubled or tripled according to how many lenses you are carrying. 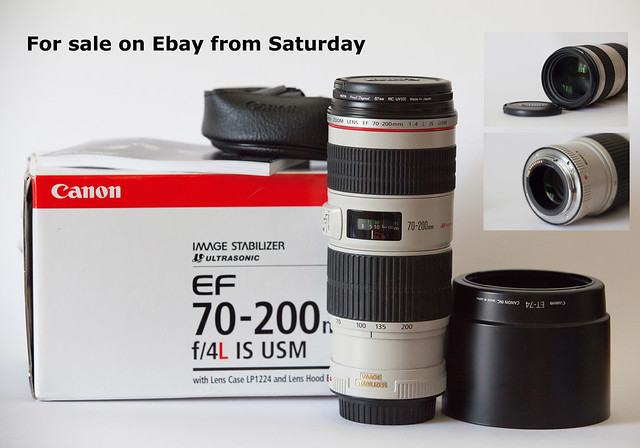 Canon's f4 zooms are a good compromise between weigh, speed and quality – by Keith Williamson

In the days before zooms were of a high enough quality, the travel photographer would often carry three primes in his bag. These would be a 24 or 28mm, a 50mm and a 135 or 200mm. All would be f2.8 or better, all would be light and all would give excellent image quality. This combination gave the range to cover 95% of subjects easily and would often be combined with a second, lightweight camera body to reduce lens changing. There is no reason why this combination will not work in the digital era too. Its pretty much what I use for traveling, albeit in the guise of a two Fuji X series cameras, one with a fixed 35mm f2 and the other with a 14mm 2.8 and a 60mm, 2.4 macro. The whole kit weights less than a DSLR with one 2.8 zoom.

In the DSLR world there are plethora of excellent lightweight fast prime lenses available giving you a choice ranges to cover. These lenses are often significantly cheaper than equivalent aperture zooms. 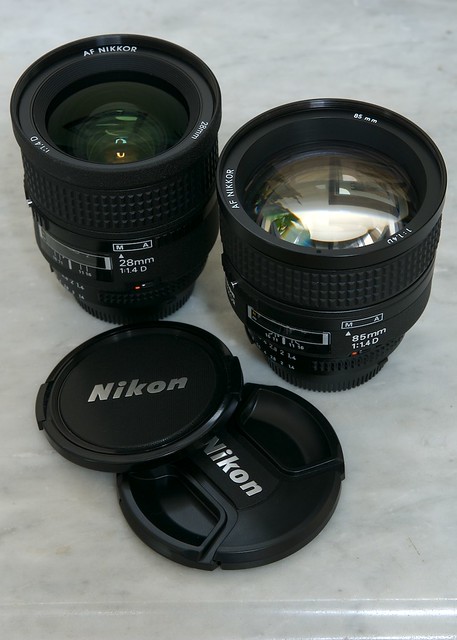 It is, perhaps a negative sign of the times that the plethora of lenses available to us often leads to us buying an optic for every occasion. We can get bogged down in trying to cover every possibility to the detriment of our creativity. A single prime, be it an 18mm or a 200mm will teach you to think harder about your shots. You will need to use your feet and your eyes to find the right combination of position and perspective to make each individual shot work. Carrying a single camera and prime is remarkably liberating, it frees you from the need to try and shoot everything in range and allows you to concentrate solely on what can be achieved.

The obvious disadvantage is that if something unique happens right in front of you and you are using a 200mm, you will struggle to capture it.

As we said at the top, there is no such thing as a perfect travel lens. However the options listed above are probably the best choices or combination of choices to get the best out of your travel images.

As a beginner, I have put together what I believe is a good 3 lens package fro travel. I pack a Canon 8-15mm, 35-70mm and a 70-200mm with extension lens. Every once in awhile I wish I had a different lens with me, but so far this works pretty good for me. I couple this with a Canon5d Mark III.

If you have a better choice for me, let me know, as I was one of those guys who thought I needed every lens Canon made.

Traveling with a crop sensor camera helps sometimes too. You can carry a 100mm macro on a 1.6 crop sensor and get great range as well as some nice close up and macro shots. Makes a great portrait lens too, although you won’t need to stand as close as with a 50 or 85mm. Its my go to when I don’t want to carry a bunch of lenses around.

Simple answer: Speed & agility. I carry a 200mm f/2.8L while traveling. Half the size & weight for the same image quality as a 70-200 zoom. My always-mounted 24-70 covers 80% of all situations. Unless shooting sports, the zoom is not needed. If I need more than 70mm, anything less than 200 is usually not enough.

I spent three weeks in Europe shooting with a Nikon APS-C SLR and 18-200mm. That lens is the slowest, least sharp, and shows more distortion than any of my other 9 lenses. And it’s probably my favorite all-around lens. Careful handling, understanding its limitations, and thoughtful post-processing allowed me to win a few photo contests for shots taken with the lens. I’ve actually delivered more than a few shots I’ve taken with that lens to a national client for print and Web ads. While I mainly shoot full-frame and with pro lenses for clients, I have no qualms using a super-zoom because I love its convenience and various focal lengths I can achieve on the fly. While my 14-24mm f/2.8 will certainly capture more brilliance, detail, and great bokeh, I’d rather catch a good shot than miss a great shot because I had to change a lens. Again, the super-zoom is no slouch and wins awards.

I simply use my sigma 35mm f1.4 for my travel. I could just take shots and pano it at ps when im back home. If not 35mm is ok. Not too wide and enough details too.

For the last few years I’ve been using a Tamron 18-270mm on a Nikon D5100 when traveling…. Yep, you’re right, lots of limitations in terms of speed and IQ, but this is more than made up for by the huge focal range, how light weight it is and the fact that it’s a cheap setup that I don’t mind taking a few risks with. I would have missed a lot of shots if I’d have had a heavier more expensive setup with me ;O)

My choice too! Despite its limitations only having one lens makes everything easier. Most of my shots when traveling are recording shots and special shots can be fixed up with today’s software in Photoshop.

my choice too, on a canon cropped body, sometimes I also take my tokina fisheye for fun wide angle shots and the cheap 50ml for low light

I keep experimenting with this!

If I could absolutely positively travel with only one lens, then based on my experience I’d bring my Sony 18-105mm f4 E mount, with my a6000 (crop sensor) camera.

Last year, I “stepped up” to a Sony a7 full frame camera, and I’m very pleased with the a7 and with the 24-70 f4 and 70-200 f4 FE lenses for the a7. But I recently toted the a7 and those lenses on a trip. I quickly found the 70-200 lens was just too big and clunky for my comfort . We were walking around in hot humid weather doing mostly street photography so everything was always being carried. Under those circumstances every ounce really counts. It’s personal; a tall guy in our group also was using that lens, and just fine with it. I’m older and smaller than he is.

And then there are road trips! You don’t have to be so selective about camera gear on road trips – yay!! I love that!

I use the Olympus m.zuiko 12-100mm 1:4.0 IS Pro lens. Offers stunning quality across the range, along with tremendous image stabilisation. It is the nearest you will get to one-lens-fits-all.

I travel with a Nikon DF body only.

Over the years I’ve done primes, zooms and super zooms and combinations thereof for travelling. I’ve ended up with a Nikon 24-70mm F2.8 G as my daily walk around lens. This covers most situations for travel and general street work. F2.8 is certainly fast enough for most low light work and takes in the wide 24mm reach which means I leave my wonderful 14-24mm F2.8 at home (Yippey!). Image quality is great as an all-rounder. No complaints.

In addition, I only pack an 85mm 1.8 AF-D for portrait and short tele work. Works well in low light and great for focus architectural work. It can also provide a nice light weight break when I don’t feel like using the 24-70mm zoom. Also nice and discrete when required.

2 lenses. That’s it. Easy to hump. No excessive lens changes which means i’m ready to capture more in the moment!!

This is all carried in my ONA Union canvas camera bag together with my 15 inch laptop. All sorted and ready to go with carry on-board for 100% safety. 🙂