Light, as we know, is fundamental to the photographer, combined with shade, it is the main requirement to create an image. For those of us that prefer our photography outdoors, our primary light source is the sun. The light that we can get from the sun is infinitely variable and and has many factors that can effect the quality of its light. In this article we are going to have a look at some of those factors, starting with the time of day.

The time of day is the most important element in understanding how the light will look. It can be broken down into several periods:

The Blue Hour: This is actually the 30 minutes or so before sunrise and after sunset. It is a time when there is a very low level of ambient light but just enough blueness to the sky to give interest to the scene. It is a particularly powerful time of day for photographing cityscapes, where the neon lights can create stunning shots of the architecture whilst providing some definition to the scene. 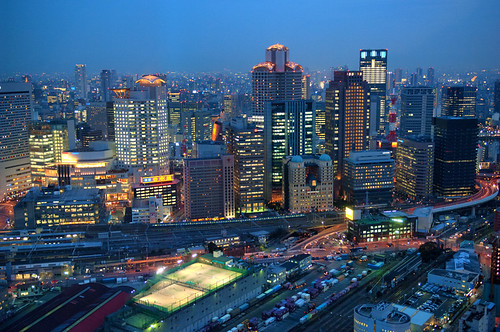 The Blue Hour in Osaka Japan by Jason Row Photography, on Flickr

The Golden Hour: This is perhaps the photographer’s favorite time and is defined as the hour or so just after sunrise and just before sunset. At this time the sun’s low angle in the sky produces long, yet soft shadows that can allow the photographer to suggest the third dimension in his images. Because of the low angle of the sun, the light has to travel through much more atmosphere, creating those beautiful golden tones that we photographers love. This time of say is also a great time for silhouettes, the softer light reducing the inclination for lens flare if composed carefully. 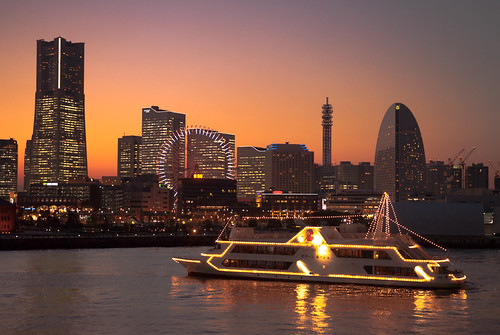 The Golden Hour in Yokahama, Japan by Jason Row Photography, on Flickr

The Mid Morning and Afternoon: Sitting on the shoulder of the golden hour, this is a time to shoot natural daylight. The sun is higher in the sky which often makes the light clearer and colors punch out well. Shadows are more intense giving definition to a scene. Textures and colorful scenes are best shot in this period. 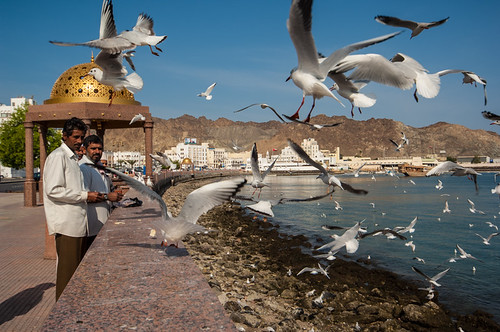 Mid Morning in Oman by Jason Row Photography, on Flickr

Midday: This is the time when the sun is at its highest point. It is also the most difficult time for photographers, the harshness of the light casting deep, dark shadows on scenes. It's not impossible to shoot at this time of day though – if shooting people, use fill in flash to reduce the shadows, on outdoor scenes. A polarizer might help reduce glare and reflections, particularly in water, glass and foliage.

The second major factor, is weather. In some locations the weather is entirely predicable, others it can change in a matter of minutes. Clouds are an important element in shaping the way an image looks. On bright summer days, some fluffy white clouds can add interest and dimension to your sky areas, whilst stormy skies can cast hugely dramatic light rays over our scenes giving a sense of emotion to the shot. Stormy skies with fully overcast cloud can be a great time to shoot black and white, taking care to expose the sky well for dramatic effect. Dull overcast days may seem like purgatory to a photographer, but there are shots to be had. Details and close up; shots can work well in this light, the softness and uniformity acting like a giant soft box. Flowers and other macros shots work well in overcast light, the colors appear much more vibrant and the lack of shadows allow you to reveal much more detail in the shot.

Stormy Weather in Nice by Jason Row Photography, on Flickr

Lastly, another vital element in how daylight looks is your location. The light, for example in the tropics will have a very short blue and golden hour, the entire process of both can be 30-45 minutes. Once the sun is up in the tropics, the light is much more akin to midday light all day, making images look harsh and flat. In tropical areas you need to work fast in the early and latter parts of the day.

In the temperate climes, you have a more leisurely change to the light. Sunrise and twilights last longer and go through more subtle light changes than on the tropics, giving the photographer time to create several unique looks from one composition.

Lastly the polar regions, here you can have several months of daylight or darkness. In the polar summers the sun is up 24 hours a day, but as the sun does not rise much above the horizon it can be like the golden hour all day. Conversely in the winter the sun does not rise, the daylight hours being nothing more than a few hours of twilight or, in other words, a very long blue hour.