Digital cameras have given us the freedom to make as many images as we want. Photographic software has given us the ability, not only to manipulate those images but also to combine them. For most kinds of multiple image shots you are going to need a good, sturdy tripod positioned on solid ground and if possible use a remote control to eliminate any movement. In this short article we are going to take a look at some examples of what you can achieve shooting multiple exposures. If your camera has a multiple exposure mode, most of these techniques can be done in camera but you will need to calculate exposure carefully. Working in post production will provide more reliable results. In later articles we will give you tutorials demonstrating how to do each one.

HDR – HDR stands for High Dynamic Range as is perhaps the most commonly used of all multi image shooting. The idea is to combine images taken at different exposures around the metered exposure and combine them in software to create an image that has a wider tonal range than a single shot. The results can range from the sublime to the ridiculous but done well, HDR can lead to very striking and creative images. HDR shots are usually a combination of three to five images bracketed at half to one stop differences around the metered exposure. There is a range of dedicated software products to combine the images and also recent versions of Photoshop have the ability built in. 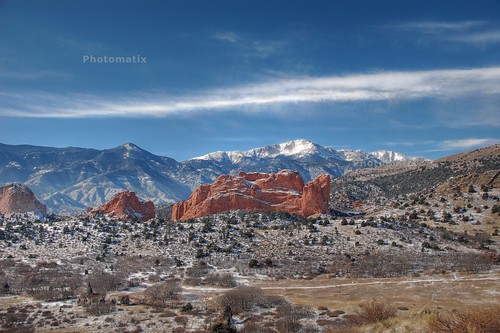 HDR can range from the sublime to the ridiculous – by Jasen Miller, on Flickr

Focus Stacking – Focus stacking uses identically exposed images with the lens focused on different points in the image to create a much deeper depth of field. This is particularly useful for landscape and macro photographers who want a deep depth of field but do not want to go beyond the diffraction limits of their lens/camera. To create a focus stack take three to four images with the focus set to the closest point you want in focus, a couple in the mid focus areas and one at the outer point. The resultant images can then be combined using Photoshop’s Auto Blend tool. You may need to crop into the image a little to remove any blurring at the edges. 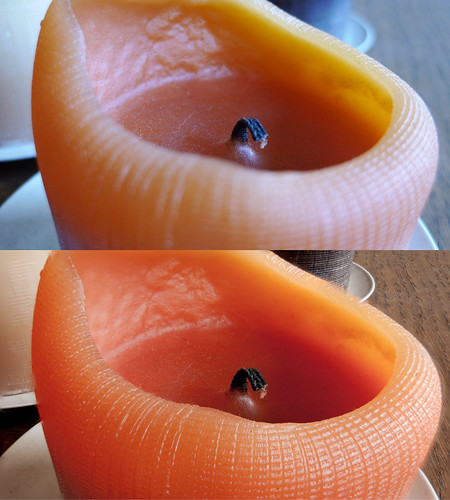 An example of focus stacking – by vistic, on Flickr

Classic Multiple Exposure – This is often used to show the same person in a number of different positions in the frame. Originally used in film photography, digital has allowed this technique to be expanded greatly and produced much more easily. The idea is, with the camera locked off on a tripod, to take several shots with exactly the same exposure, moving only the subject into different locations within the image. The resultant shots are then combined in post production. Perhaps the most common use of this technique is in sports photography to show the athlete in various stages of action. 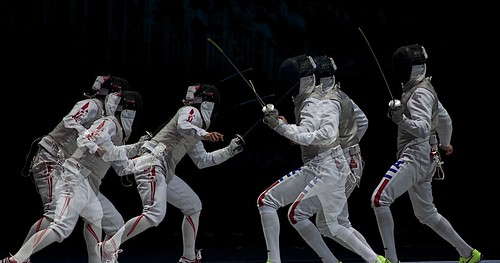 Typical use of multiple exposures – by Plashing Vole, on Flickr

Noise Reduction – There are times when, even with a tripod to hand and need to shoot a high ISO. In such cases there is a technique that can create useful images with lowered noise by combining several identically exposed images. The technique works because most noise in an image does not manifest itself in the same place in subsequent exposures allowing you to combine images to reduce noise. The two or more shots need to be identical in exposure and focus and once ready they can be combined using Photoshop’s stack script to create an image with noticeably less noise than a single shot photo. 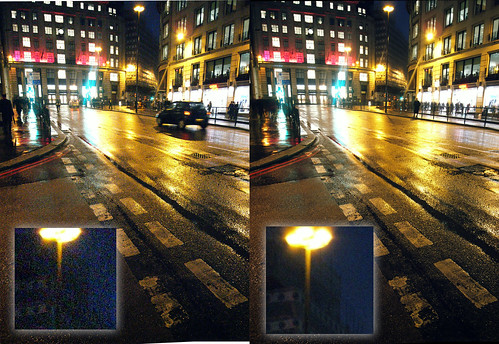 Image stacking to reduce noise – by 2create, on Flickr

Removing People – The same Photoshop stacking technique used to reduce noise can be used to help photographers with one of our greatest issues. People in shots. The idea is to take several images at different times over a short period. Unless there are people standing still during that period, the photo stacking will combine the shots and remove the people.

These are but a few of the many techniques available using multiple exposure to improve images. In future articles we will have a look in more detail at how to do some of those mentioned above.

Both my Nikon D200 and D700 DSLR’s have a multiple exposure feature that will allow up to 10 images in one frame. You set it up before taking any of the multiple exposure shots. It’s lots of fun and you can get very creative results. I really like having that feature available!