Since light is a necessary ingredient for making a photo, we have to decide how we’re going to light the photos we make. At its most basic level, this is a really simple consideration — you have two options: natural light or artificial light. But the more you dig into the broad topic of lighting and photography, you begin to realize that things are a bit more nuanced than perhaps you first thought, especially when it comes to artificial lighting.

When discussing natural light, the main source of light that people are virtually always talking about is the sun. Of course there will always be those who insist on being extremely thorough or nit-picky and they’ll want to list things like fire, the moon, stars. They’re not wrong, but those sources aren’t giving the sun any competition.

It’s when you get into artificial light that you will find a much wider range of useful sources to talk about.

There is no official artificial light taxonomy or anything, but to help give you a clearer breakdown of artificial light sources, we will divide them into four categories: incandescent, fluorescent, LED, and flash/strobe. 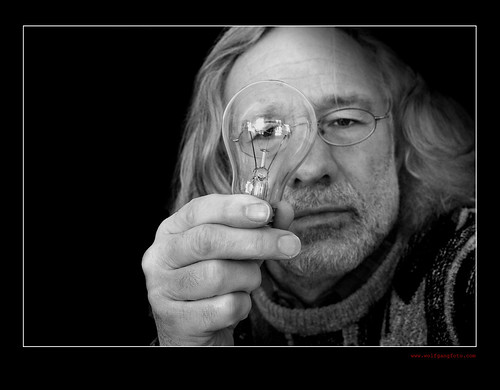 The most easily identifiable example of this type of light is the standard household light bulb. These bulbs emit light from a filament made of a metal known as tungsten and, thus, are sometimes referred to as tungsten lights. Movie sets also commonly use this type of lighting — though in a considerably larger form than your average light bulb — where they are often referred to as “hot lights.”

Also easy to spot, fluorescent bulbs are those long, tubular shaped bulbs that give off a constant buzz and populate office buildings and retail stores around the world. Most people recognize this type of lighting as being one of the reasons behind why nobody likes looking at themselves in department store mirrors; fluorescent light simply isn’t very flattering. 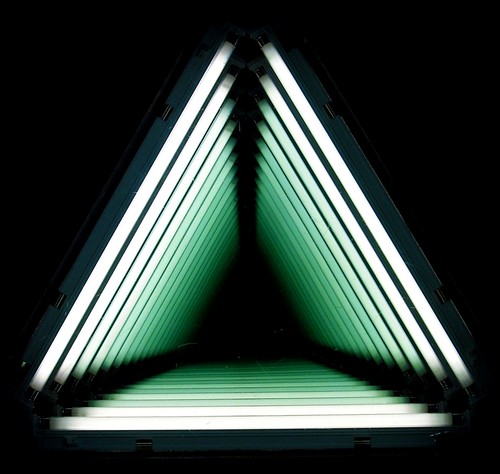 Iván Navarro: Die Again (inside the cube), at the Towner, Eastbourne by Vicburton, on Flickr

Unless one is intentionally going for a specific look, fluorescent light is rarely used in photography. Not only is it unflattering for portraits, it’s difficult to work with due to the fact that there is so much variation in color temperature; there’s the traditional greenish colorcast in addition to more modern versions that include “cool white,” “warm white,” and “daylight balanced.”

Such terms have little practical value to photographers. All we know is that fluorescent bulbs are in use; we don’t know the color temperature of the bulbs being used or even if all the bulbs in a room have the same color temperature. This can wreak havoc on getting the correct white balance. In these cases, most photographers will resort to setting a custom white balance using a grey card. 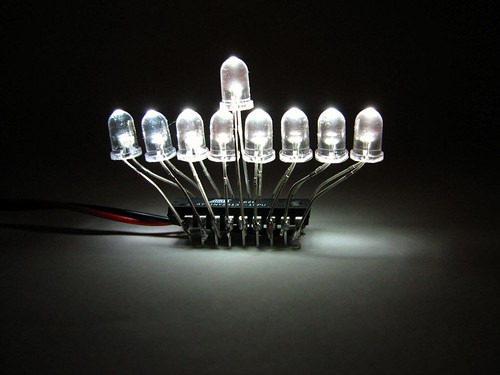 Relatively new to the world of photography, an LED is actually an electronic device that, when a current passes through it, produces light. Once capable only of producing red light, LEDs now commonly emit several colors, including green, blue, yellow, and white. 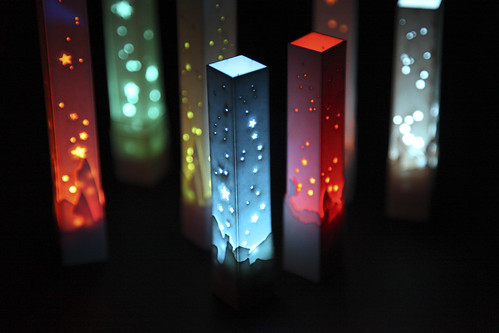 These long lasting, energy efficient devices find their most frequent usage in indicator lights for electronics, flashlights, and traffic signals. Because LEDs can produce brighter light while using less energy, they are very popular in TVs and computer monitors.

In addition to the aforementioned characteristics, LEDs also exhibit very stable color temperature. Like incandescent lighting, LED lighting tends to be harsh, and it may not be powerful enough for portraiture unless the light source is very close to the subject. For these reasons you will want to diffuse the light.

The three types of artificial lighting we have covered thus far could further be grouped together as continuous lighting. Flash and strobe lighting, however, work by emitting short bursts (lasting anywhere from 1/1000th to 1/50,000th of a second) of powerful light.

The light produced by flashes and strobes is of a harsh quality and should be modified in some way. Strobes can accommodate a wide range of modifiers, such as softboxes, umbrellas, snoots, and flags. Many of these accessories can also be used with a flash, though it may not always be a practical solution, particularly if you can’t get your flash off the camera. On-camera flash can be easily diffused by bouncing it off a white ceiling or attaching a plastic diffuser to the flash head.

Flash/strobe light is about the same color temperature as daylight, allowing you to mix these two sources of natural light and artificial light.

Making the Most of Artificial Light

Given that photography is art, it is fundamentally counterproductive to subscribe to the idea that there is one best type of lighting to use. The lighting you use is going to primarily come down to what look you are trying to achieve.

Learning to use artificial light will open up your photographic potential in ways you may not have previously imagined. And if you are using a digital camera, there really isn’t much of a monetary expense involved with experimenting and practicing, so you’re free to play with the light all you want.