What Are The Ethics of Digital Manipulation in Photography? | Light Stalking

What Are The Ethics of Digital Manipulation in Photography?

From the moment we’re old enough to play games with other children, we’re told that cheating is bad. The same principle follows us throughout the rest of our lives, but as we grow it takes on far greater implications and applies to so many more situations than a simple schoolyard game of hide-and-seek, hopefully exhibiting itself in personal, academic, professional, economic, and all other aspects of life.

Because no one likes cheaters and liars, of course.

The Case of the Cottingley Fairies

In 1917, two young girls age 16 and 10, residents of Cottingley, England, made the first of an eventual five photographs that showed Frances, the younger of the two cousins, posing delicately amongst a quartet of fairies.

The girls claimed to have seen the fairies down by the stream where they often played. And for anyone who scoffed at their assertion, they had photographic proof to offer. It didn’t take long for the cousins’ astonishing photos to reach the rest of the world; some looked upon the portraits with nothing but disbelief, while others believed the images to be real. Chief among the believers was Sir Arthur Conan Doyle, author of Sherlock Holmes, and avid spiritualist who was convinced the girls’ photos were legitimate evidence of psychic phenomena.

Even if you have never previously heard of this affair, you can probably guess with reasonable certainty where it’s all headed. Frances’ and Elsie’s photographed were eventually revealed as fakes, with the fairies being nothing more than cardboard cutouts that had been pinned to the girls’ surroundings in a variety of creative ways.

We could chalk it all up to kids having harmless fun, a premise that would be easier to accept had the perpetrators not carried their delusions with them into adulthood. And to a modern, tech savvy observer, it’s probably rather easy to chuckle at the naiveté of all those who bought into the scam, but don’t fool yourself into thinking that we’re immune to such ethical issues today.

How much does the means by which a photographer arrives at his or her final image really matter? I’m sure you’ve heard one photographer being labeled a “cheater” by another photographer over the liberal use of Photoshop to finish an image. For those who see things that way, I guess the perceived overuse of Photoshop invalidates the work as genuine photography and casts it into some other form of art; there are those who strongly believe that a “real” photograph is made strictly at the moment of capture and that any sort of alterations and enhancements made later amount to lying or cheating. I suppose such a hardcore stance isn’t necessarily “wrong,” though it surely is impractical.

But how far is too far in terms of manipulating and enhancing photographs? Are we limited to correcting white balance before we begin down the slippery slope of handing over our artistic integrity? Ethics matter, but so do aesthetics. And let us not forget that everything we create as photographers, as artists, is an interpretation of what we see around us. Choice of camera, choice of camera settings, composition; we’re constantly imposing ourselves in one way or another upon “reality.” In this sense, there’s no such thing as absolute truth.

When it comes to taking a more hardline approach to not tinkering with photographs after the shutter has been pressed and the files transferred to a computer, I believe the only genre that benefits in any way that actually matters is journalistic/documentary photography. 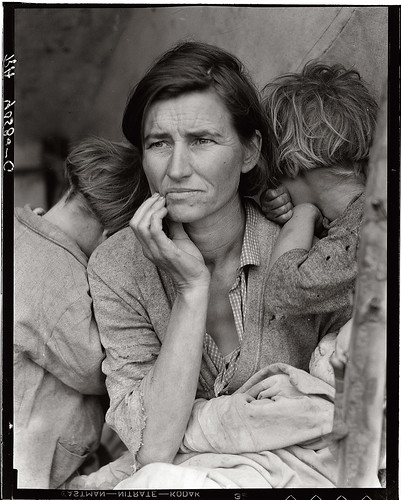 In considering the photo above, it’s not difficult to understand why any degree of Photoshopping would be not only unnecessary but, more importantly, dishonest. Airbrushing the mother’s face and sharpening her eyes would be unfathomably shallow and would defeat everything this photograph was intended to represent.

So Much Gray Area

Generally, all the chatter about digitally enhancing photos is overblown. It’s an issue that consists mostly of gray area; there are no one-size fits all answers. It just depends on what you are trying to achieve with your work. Again, the reasons for leaving documentary style photographs relatively untouched are fairly obvious. But what about something like astrophotography? These photographs benefit immensely from some tweaking in Photoshop in order to make more apparent things that we can’t normally see with the naked eye; it’s a necessity, nothing evil about it. 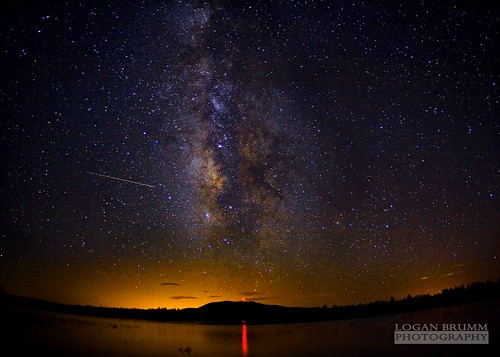 The same could be said for using software to get rid of red eye — no one can seriously argue in favor of not removing it.

The ethics of manipulating and/or enhancing photography is fraught with innumerable potential dilemmas. While I’m fully aware of why so many people get so worked up over this topic — sometimes with good cause — there is no reason for photographers to engage in excessive handwringing. It becomes a distraction.

Nobody should care if you punched up the vibrancy in your photos of the Grand Canyon; viewers still know it’s the Grand Canyon. If you’re an avid astrophotographer whose favorite subject is Mars, make all the adjustments you need, so long as we still recognize it as the Red Planet and not a planet of some other color.

However, if your intent is to create fiction, then do whatever you want, just be sure that your motives are clear to your audience. Only when a photographer presents his or her work with the intent to deceive should we call into question their professional/artistic integrity — their ethics.

We all know fairies aren’t real. The idea that there is a universal set of rules or an objective reality to which artists must adhere at all times is just as much of a myth. Do what makes you happy, yes; but also make sure you can proudly stand by the merits of your work as well.

3 Easy Options For Using Dodge and Burn In Photoshop

Photoshop Vs Lightroom Which Should You Choose?