All animals are equal but some are more equal than others, as a certain Mr Orwell once wrote. If he had been a photographer, he may well have substituted the word animal for the word lens. You see in terms of what lenses do, they are all equal, their sole purpose is to focus the light from the scene in front of us onto the sensor or film inside our camera. Today, however, we will take a look at what makes some of these lenses more equal than others.

As with most things in life, lens glass comes in varying degrees of quality. The very best glass, the stuff found in the top pro-end lenses has a multitude of advantages, higher manufacturing tolerances, higher grade source materials and of course, the coatings. Often you will see lenses will have one or more acronym pasted to the sides of the barrel. These often denote which coatings have been applied to the lens surface. The coatings are there to improve image quality by reducing flare, reflections both internal and external and boosting contrast and color. You will often find the better quality lenses have several of these coatings.

Lens design is a highly complicated and precise feat of engineering. The simple fact is that the design of a typical kit lens will in no way match the design of a higher end professional lens. The high end lenses tend to use more elements – the number of individual glass optics, in more groups – the number of elements grouped together. These combinations have been carefully engineered to significantly reduce typical lens distortions such as pin cushioning, barrel distortion and chromatic aberration. Beyond that, the overall construction of the lens will tend to use metal allow for the barrel rather than plastic and much more refined focus and zoom rings. The effect of this is to give the photographer a more precise control over the use of the lens.

Another important area where some lenses excel over others is in their maximum aperture or lens speed. Typically kit standard kit lenses use apertures of between f4 and f5.6, whereas a professional zoom lens of similar range will be f2.8, maybe even wider. This has two important bonuses, the ability to shoot in lower light without increasing film speed and the possibility of a shallower depth of field. Another factor here, with zoom lenses is that higher end zooms will generally have a fixed aperture, that is to say as you zoom the lens the maximum aperture will remain the same. This is very often not the case with cheaper zooms.

Whilst many of use these days enjoy using zoom lenses, the fact remains that prime lenses – lenses with a fixed focal length, for the most part will have a better image quality than an equivalent level zoom. The primary reason for this is that the optical construction does not have to be so complicated meaning that there are less lens elements and groups required. A by-product of this simpler design is that prime lenses often have a significantly wider maximum aperture than their zoom counterparts as well as, very often, a significantly lower price as well. 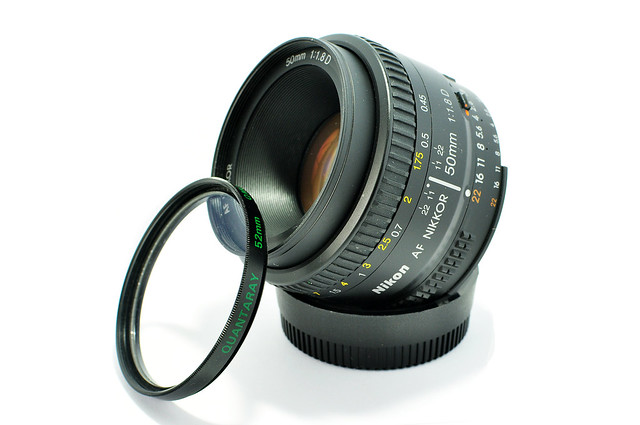 The concept of Bokeh is, perhaps as strange as the word itself. Coming originally from Japanese, Bokeh is used to describe the aesthetic quality of the blur in the out of focus areas of an image. Now if that sound like it might be somewhat subjective, you would be right, but the simple fact is, some lenses produce a beautiful creamy out of focus feel at wide apertures and some simply don’t. It's down to you to decide if you like the Bokeh from a particular lens. 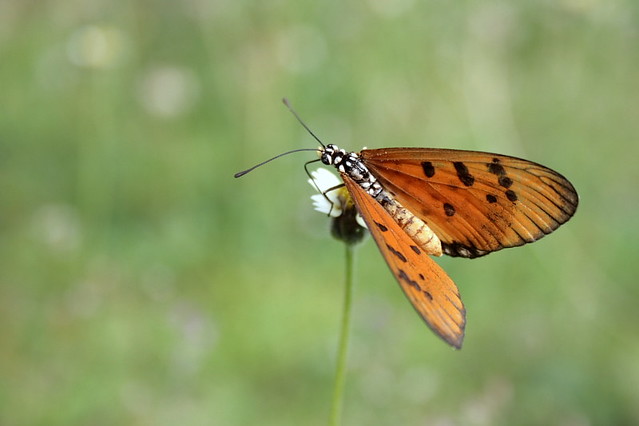 Another product of high quality lens design is often the ability to focus on closer subjects than equivalent cheaper lenses. This is particularly relevant when using telephoto primes or zooms where you may find that with some lenses, you just cannot get close enough to your particular subject.

The quality of the lens that you put on your camera will have a direct effect on the quality of your final image. If you shoot only to display your images on screen then a kit lens will probably suffice. However, if you strive for higher quality, you will soon find that all lenses are really not equal. A higher end lens will not only give you better image quality but open the doors of greater creative possibility by giving you the tools of shallower depth of field and better Bokeh.

You might think that it is not worth the expense of buying a better lens but think of it this way. Lenses are on a much slower technological timeline. Whilst your camera might be obsolete in two years, a good quality lens will last twenty years or more. Providing that your chosen camera manufacturer, remains consistent with their lens mount, that expensive lens will seem remarkable value.

Interesting comment comparing modern primes to zooms. When I first began with photography – mid-70’s – it was a given that primes were better than zooms. Then a few years ago you began reading that “today’s zooms are every bit as good as prime lenses ” and the old saw bout primes being better than zooms just isn’t true anymore. Now, in the space of a few months, I have read two separate articles (inlcluding this one) which conclude that primes are generally better than zooms .Like lenses, everything is circular.

Light & Material (glass) logic and physical characteristics dictate that prime lenses will always be better than zooms though I believe that every zoom has a “sweet spot” where it will be every bit as good as an equivalent prime lens. Where that spot is one will have to take a large number of photo`s of the exact same subject under the same conditions to determine for a particular lens. If it was possible to make a zoom lens that produces the same quality image throughout IMHO it will be horrendously expensive.

maybe the quality issue is true these days, but I expect that primes give you better quality per $ spent.

It used to be that there was some clear water between an average prime lens and the best zoom lenses but now the situation is much more complex.

The question becomes ‘which prime lens, which zoom lens?’

If you have a consumer grade kit lens which tries to cover ultra wide to moderate telephoto and then you try an inexpensive 50mm f/1.8 you would say that the prime lens totally blows away the zoom lens.

Lenses do have a ‘sweet spot’ as Hendrik points out but it’s not particularly hard to find, it’s usually about two stops down from wide open.

At that point the vignetting that may be visible at wide open starts to even out and the corner sharpness gets better as well.

There are a number of tests that you can perform yourself to analyze your lenses but if you want to read some comprehensive and rigorous lens reviews before you make a purchase then I recommend that you check out photozone.de.

Jason, you assert that a good lens will last many years. Often yes, but I recently passed a lens to a friend because my current camera, Nikon D800E, appears to have moved beyond what that lens, a Nikkor 200mm Micro (an older, manual-focus version) can provide in terms of sharpness. I could live with the manual focus, the slower aperture, and no electronics to record aperture, but I could not coax a sharp image from it. With the Nikon D3x that my friend shoots, I believe he will experience acceptable performance. So, this actually supports your assertion — this lens design actually goes back over 30 years!

There is no moving beyond what a lens can provide in terms of sharpness… sharpness is based on the system, the camera and lens together. If a lens was previously sharp enough, it’s going to be as sharp or sharper when you put it on a higher resolution camera. At 100% magnification it may appear that it’s not as sharp on the pixel level but that’s because of the increased magnification; on the image level it will almost always be sharper.

Bodies come and go, the best glass is forever. I use the Nikon 200mm micro and the quality is so high, but you need a rock solid mount or tripod to get the results you want. I did a side by side mirror up with 3 sec exposure delay and trying to hold it steady leaning on a solid table top-no comparison, it picks up details you need a magnifying glass to see.