Since Adobe quietly dropped support for its standalone version of Lightroom, many of us are now subscribing to Adobe’s Photographer’s package. As well as getting the traditional Lightroom CC Classic we also get the new Lightroom CC and more significantly, the full version of Photoshop.

While Lightroom in itself is an incredibly powerful tool, there are some things that Photoshop does better. The problem is that Photoshop is a daunting prospect, especially if you are a newcomer to photography or even to Adobe.

Today we are going to take a look at three Photoshop tools that trump their equivalents in Lightroom.

In Lightroom, this tool is called Tone Curve and in itself is a very powerful tool. It allows manipulation to the curve either manually or by using sliders in the four main tonal regions. Photoshop, however, has an even more powerful curves tool for the following reasons.

First and perhaps most importantly, it allows us to adjust the curve not only in the combined RGB channel but also the individual Red, Green and Blue Channels. This gives us a very fine degree of control over colour levels and contrast as well as luminance.

Secondly, you can draw your own custom curve using a pen tool which, with experience, can be a much quicker way to make an adjustment.

The third reason is the larger range of curve presets available. Lightroom has three simple preset while Photoshop has nine much more advanced presets.

Lastly, in Photoshop, we can save our own presets for later use. 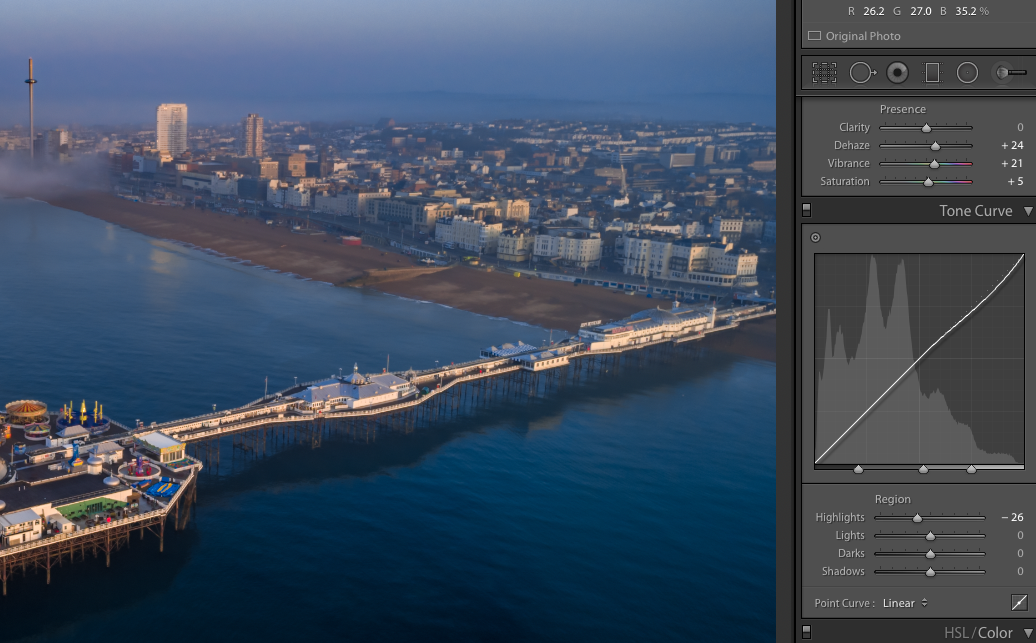 I posted a link to your article on several social media outlets. Someone asked me if there is an alternative to Photoshop that doesn’t take so much RAM. These same tools are in Elements? Are they not? Also how about Aurora or Affinity?

Another point where Photoshop would be my first choice over Lightroom is for Dodging and Burning. In Photoshop this can be done on a separate layer (or two layers) and completely non-destructive.

Great post! Thank you for all the details and examples.