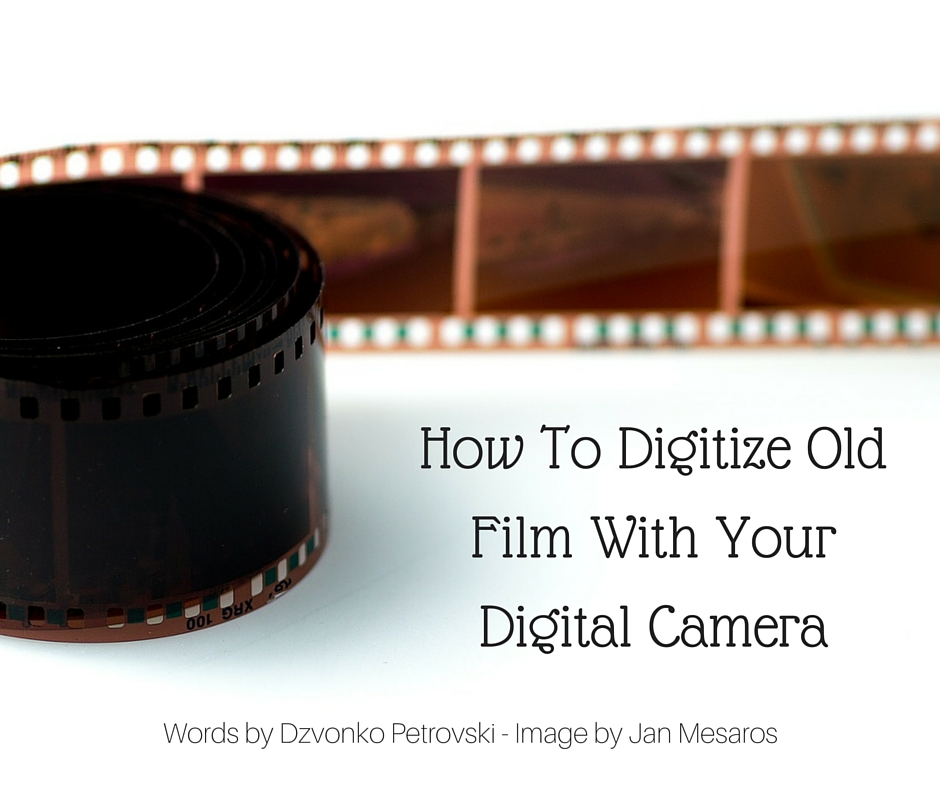 Whether you just got the need to start shooting film, or you decided that you want to digitize those old film slides that your parents shot when you were young, you can actually do it at home, for basically zero cost. Yes, there are flatbed scanners, there are drum scanners, but those cost money, and according to many reviews don’t provide enough detail when compared to good old DSLR quality, which you hopefully have laying around somewhere at home. So let's take a look at how to digitize old film using your digital camera and a few pieces of material that you probably have lying around.

Now, most developed film you’ll get is either negative or positive but it is all translucent. Meaning that you’ll have to get it backlit before capturing it properly. That is the reason this requires some makeshift tools.

Part One – The Setup for Digitizing Old Film

What You Need to Digitize Old Film 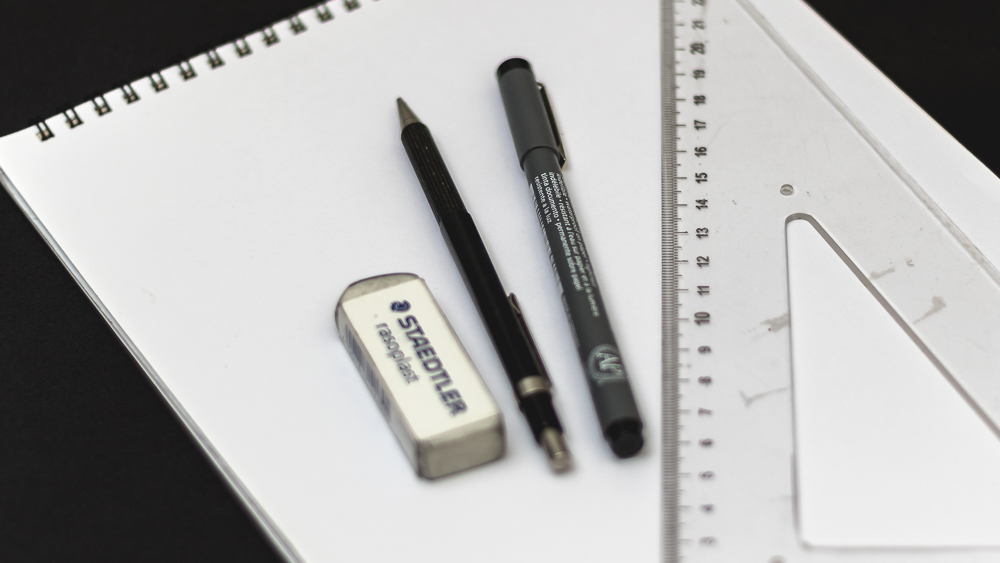 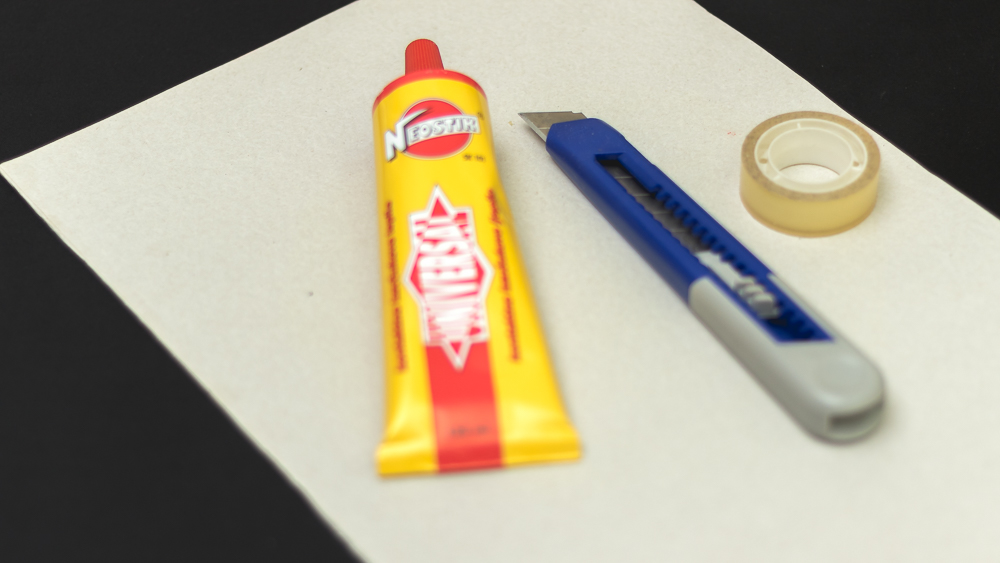 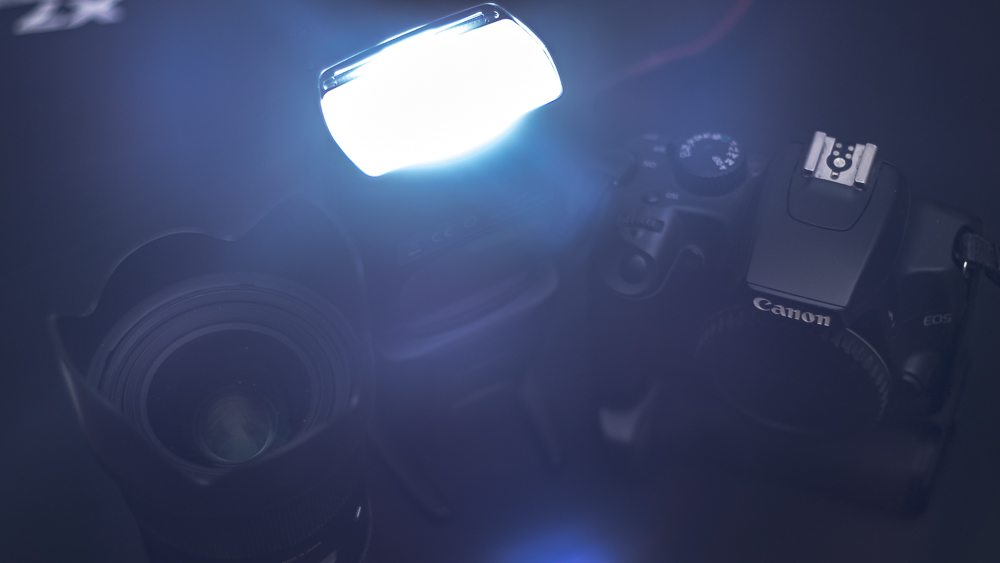 Once you have all the supplies, it is time to draw the outlines. I used the following dimensions to cut out the sheet of cardboard. 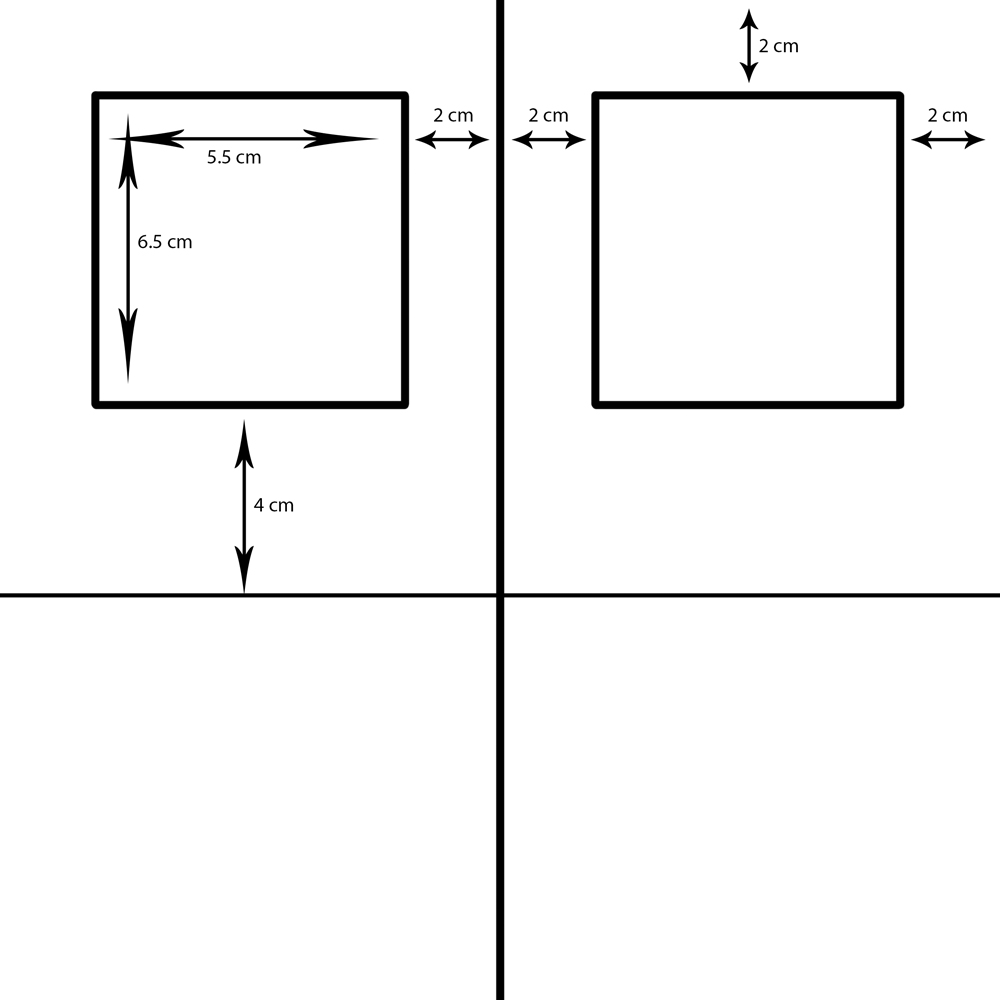 Note, that this hole is big enough for a medium format film. You can use the same size, or downscale for 35mm. There is nothing hard about determining the size of the cutout really.

The hole needs to be as big as the frame + some margin, and the walls around it need to be thick enough so it doesn’t bend that easily. The space between the bend line and the frame is around 10 cm from the top of the frame (this is to align with my flash height), but you can alter it to the height of your light.

The space below the bend line is used to stick tape and attach the whole thing to the table so it remains stable. 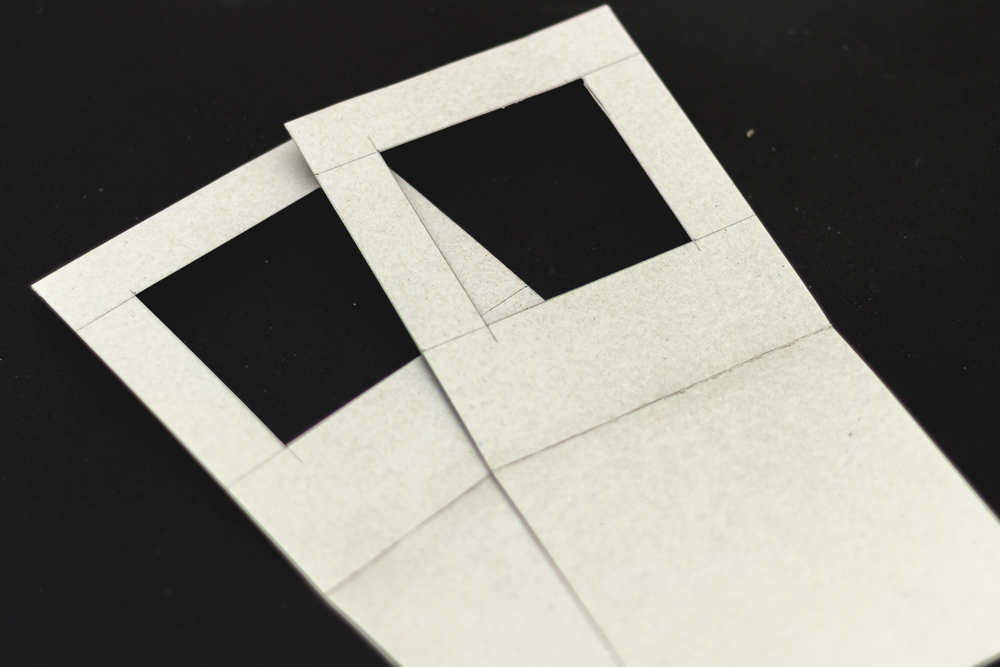 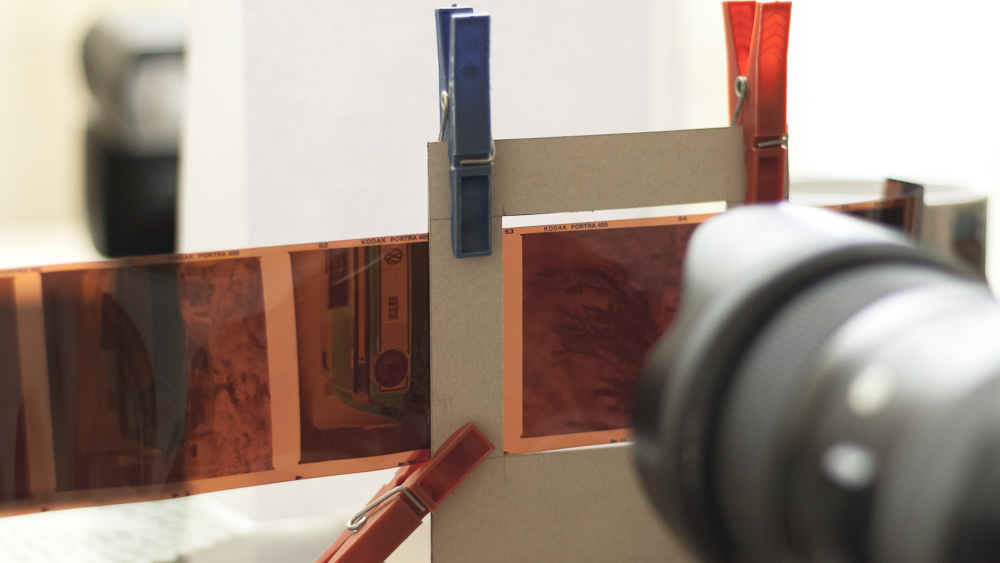 To be continued in part two of this article, where we discuss on how to photograph the slide and post-process the image..

Whether you're shooting film or digital, composition has been around far longer than photography and is, of course, one of the pillars in this form of art. This Advanced Composition Guide by Photzy will let you into the techniques and tips of how to become a master and captivate any audience!

Now, when the film is in position and properly lit, it is time to photograph it, and make the final image in post processing.

For this purpose, you’ll need your camera, tripod, lens, and some focusing skills. Pick a lens that has the smallest focus distance, or a lens that is capable of focusing close enough for the film to fill most (or whole) frame of the camera.

Set the camera on the tripod, and position it as close as the lens would focus. Tip: make sure that the camera is not angled towards any side – you need to be parallel with the film as much as possible. Use the cutout as a reference and fine tune your setup.

The more precise you are, the less correction you’ll have to do.

With the backlight off, take a test shot. If the ambient light is too strong, make sure to tone it down as much as possible, and correct the settings in the camera to the point that you get a dark frame.

But make sure that you have the shutter speed faster than 1/200, ISO 100, and the rest is compensated with the F/stop. Set the white balance to one of the presets, preferably to daylight. Or set it to tungsten/fluorescent if the light is of that type. 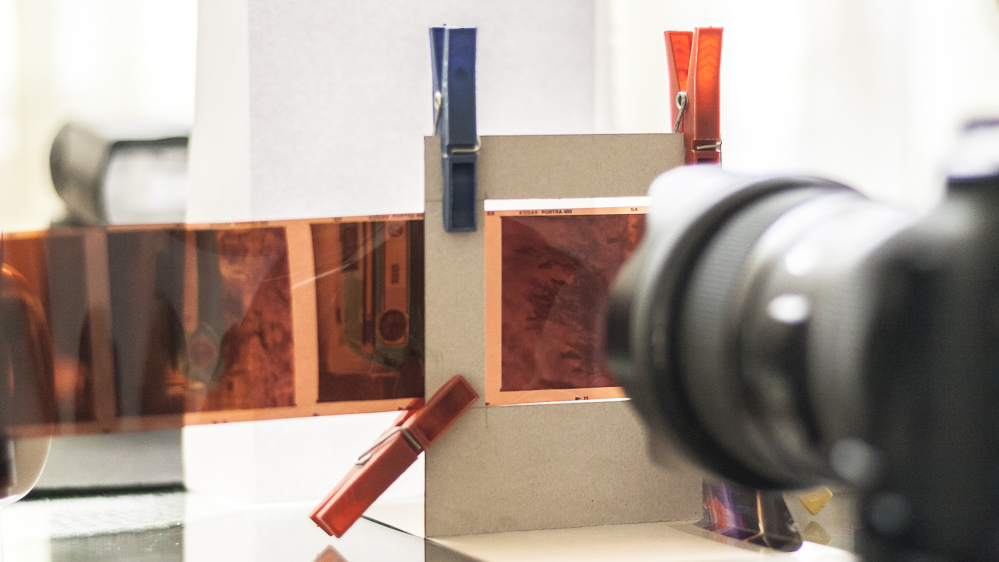 Turn on the back light and take a test shot. If the image starts to clip, close down the aperture up until f/8. If the image still clips, increase the shutter speed. If you are at maximum shutter speed at f/8, start moving the light further away. Once you have a slightly overexposed image but far from clipping, take your final shot.

For the next frames, just move the film, check the focus, and take the shot. Repeat until you run out of film.

Whether it's film or digital, all photographers aspire to mastering and Understanding Light and really learning how to use it. This guide is for those who want to discover the secrets to controlling, manipulating and ‘reading' light used by the professionals.

Load the images in Lightroom or Photoshop Camera RAW. Since most likely you’ll be dealing with negatives, you’ll have to do some blind edits first. But for now, make sure all the images are there, that the focus is correct and that everything is nice and sharp.

If you're looking to get the best possible results with your newly digital files, then you might want to consider a quick refresher course in Lightroom like Phil Steele's online course. It will only take you an evening to complete and you will get some great results for projects like this. Take a look at it here.

Select all the images, do lens profile correction, remove any chromatic aberration (this is important here, since when you invert the colors, you won’t be able to correct the aberration properly), do noise reduction if necessary (there should be no noise due to low ISO and exposure to the right).

Also, don’t forget to correct the exposure to the proper exposure now, since you overexposed the image a tad to begin with (this is to get a cleaner image). 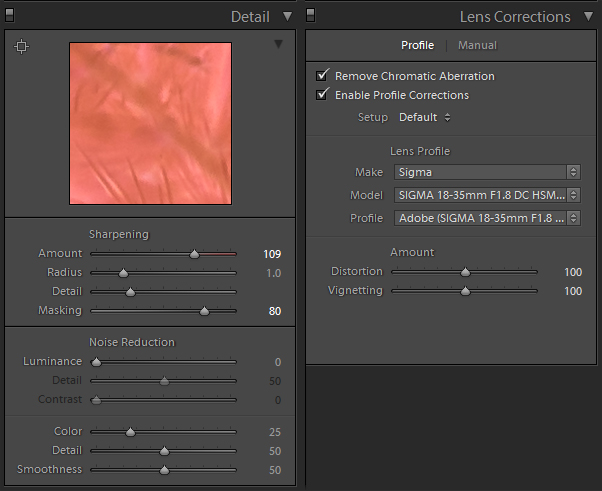 Take the White Balance color picker tool, and click on the outer part of the film (basically where the holes are perforated for the camera to wind it) this will remove the yellow tones from the film and correct the white balance properly.

Load the images in Photoshop (open from Camera RAW, or Edit In Photoshop from Lightroom). On each image, select the background layer (the only layer), and hit CTRL+I. This will invert the colors, effectively bringing the image to positive.

Now select Camera RAW Filter, and develop your image properly. You might need to play with the HSL slider a little due to the fact that the film can get some color cast/fringing from age, elements, or simply from the light itself.

While you are here, use the new guided transform tool, and select all the borders of the frame, to transform the image to perfection.

Clone/Heal scratches, dust, dirt and other imperfections from the transfer, and save the final picture.

And there you have it, you have successfully turned analog pictures to digital, with excellent quality.

This guide is meant for people that want to make the most of their analog shots, or just want to have digital copies of their analog slides. If you live in a country like mine, where photo studios that do developing and scanning use technology older than myself, it becomes the only option.

It took me around 2 hours to complete building the setup, shoot 1 roll of medium format film and edit the shots.

Whether it's film or digital, all photographers aspire to mastering and Understanding Light and really learning how to use it. This guide is for those who want to discover the secrets to controlling, manipulating and ‘reading' light used by the professionals.

I use my scanner for copying color and B&W slides and negatives. Much faster, easier and more accurate.

Buy a good Epson scanner and you’ll get this work done fast with high quality.

I use a CanoScan LiDE 700 F, which gives me excellent quality and the scanner, when I bought it, was very reasonably priced.

I agree with Richard, a good scanner (Epson V600 Photo, or Cannon) for negatives for 35mm or 120 films, negatives or positives. Include the scratch cleaner.